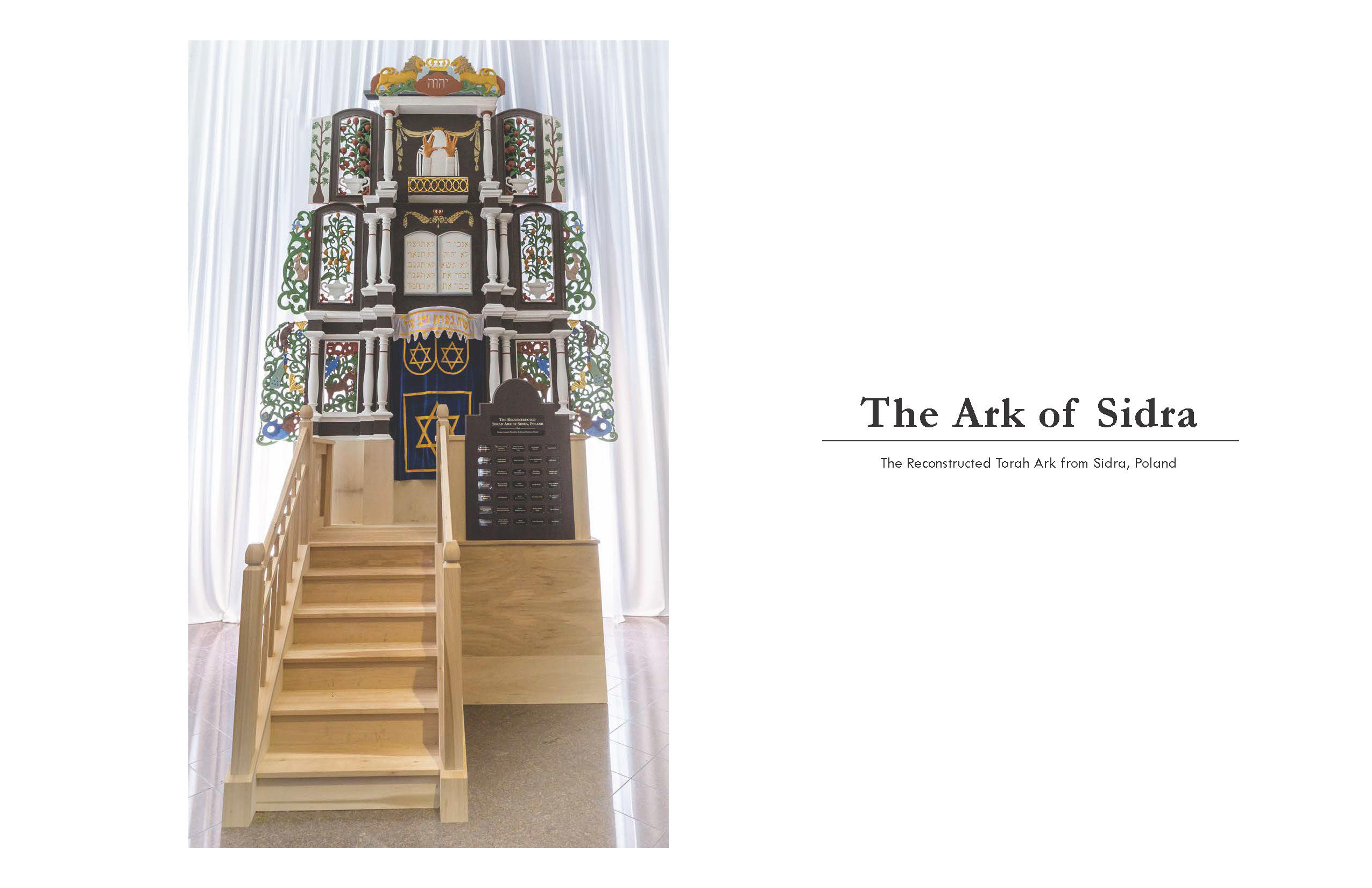 In the heavily wooded eastern edge of the Europe, presently Poland, near Lithuania, Belarus, Ukraine, in an area of constantly shifting borders, languages, and economies, a wooden synagogue in the town of Sidra held an Ark admired as a work of art, a piece of community craftsmanship and a focal point of religious life for generations. Located within the intersection of many different cultures, the Ark of Sidra was renowned as “Blending Polish, Sephardic, Ashkenazi, and Russian influences, the Ark was a testament to a Jewish dialogue, as well as Jewish art, artistry, and carpentry.” Tragically, like so many such things, the Ark of Sidra was destroyed during World War II.

A rabbi / woodworker wanted to better understand, communicate and make tangible the tragedy of this loss by reconstructing the Ark of Sidra as a travelling exhibition. A team was built to interpret from a few grainy photographs, the contents, size and scale of the original and then devise a method of fabrication, assembly, disassembly, transport and reassembly. A system of chunks (load bearing boxes) and wings (thin panels) was devised that could be attached to a temporary scaffold-like truss structure. Full scale templates were produced to assist in the hand carving of larchwood to match the likely original species. Naturally pigmented paints, sourced to match those available in the era and locale of the original were used. A custom-made velvet parochet conceals the Torah scrolls. The counterweight of the truss system is concealed by a platform with stairs, providing a skyward gesture. 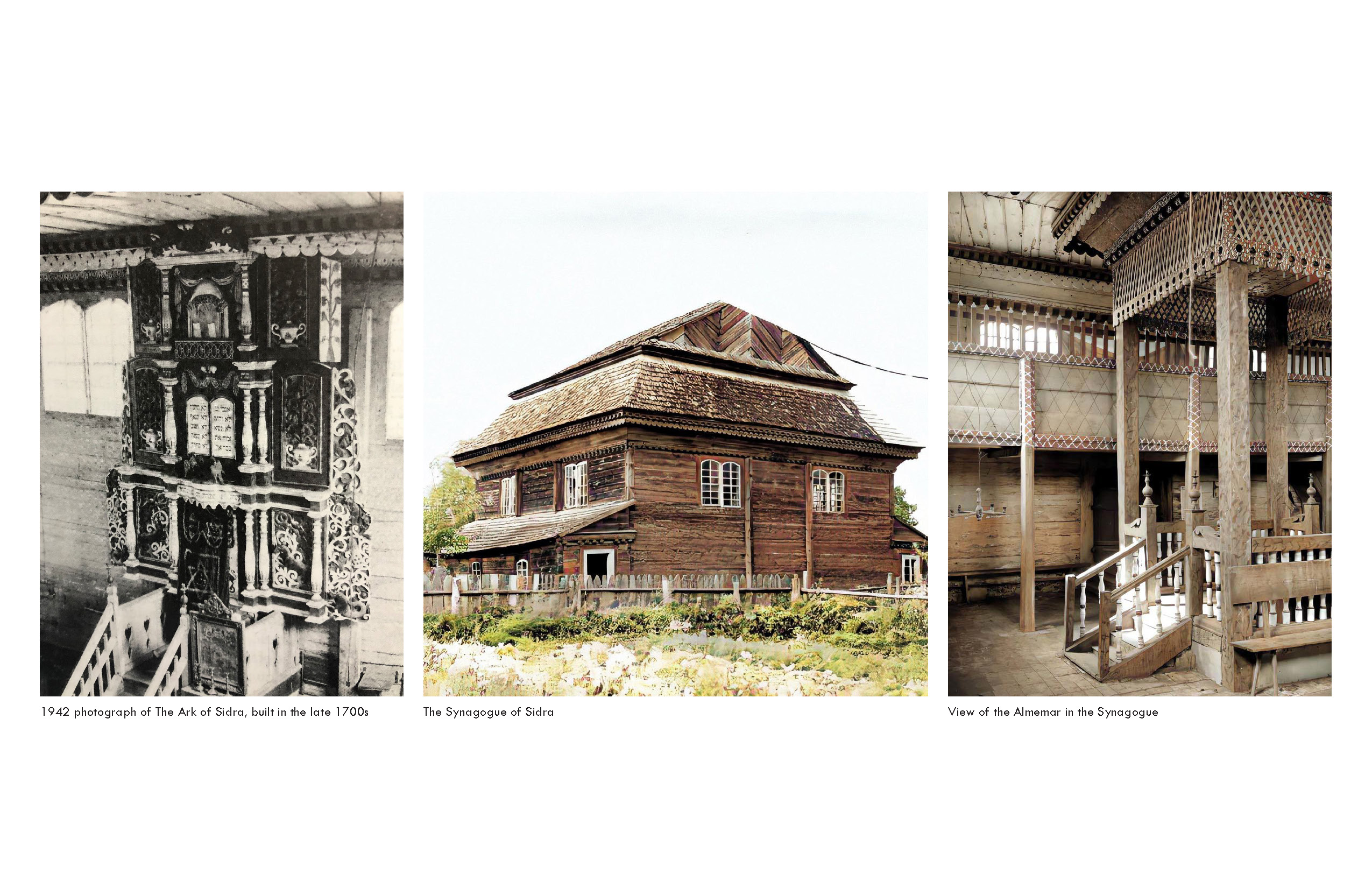 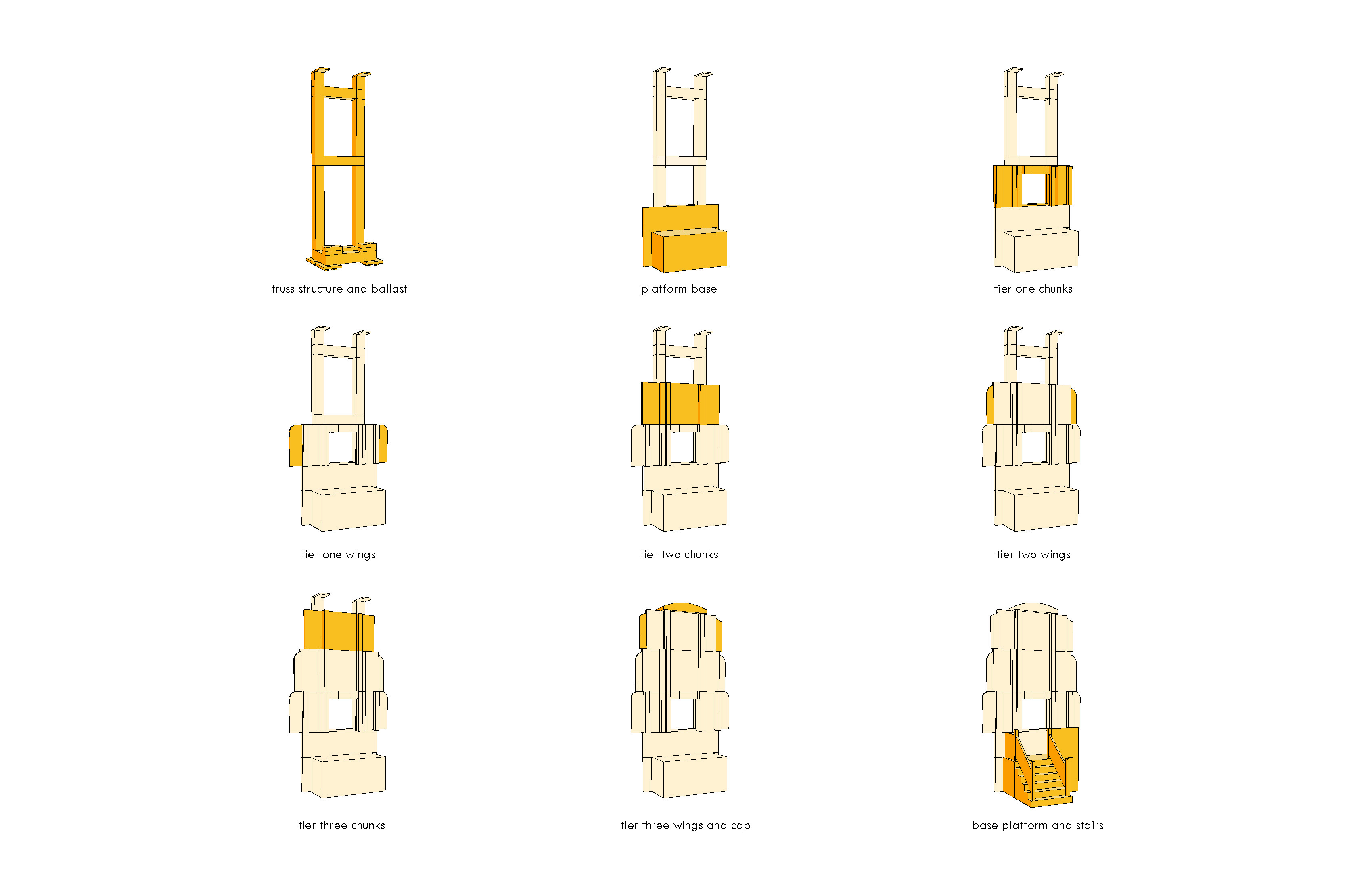 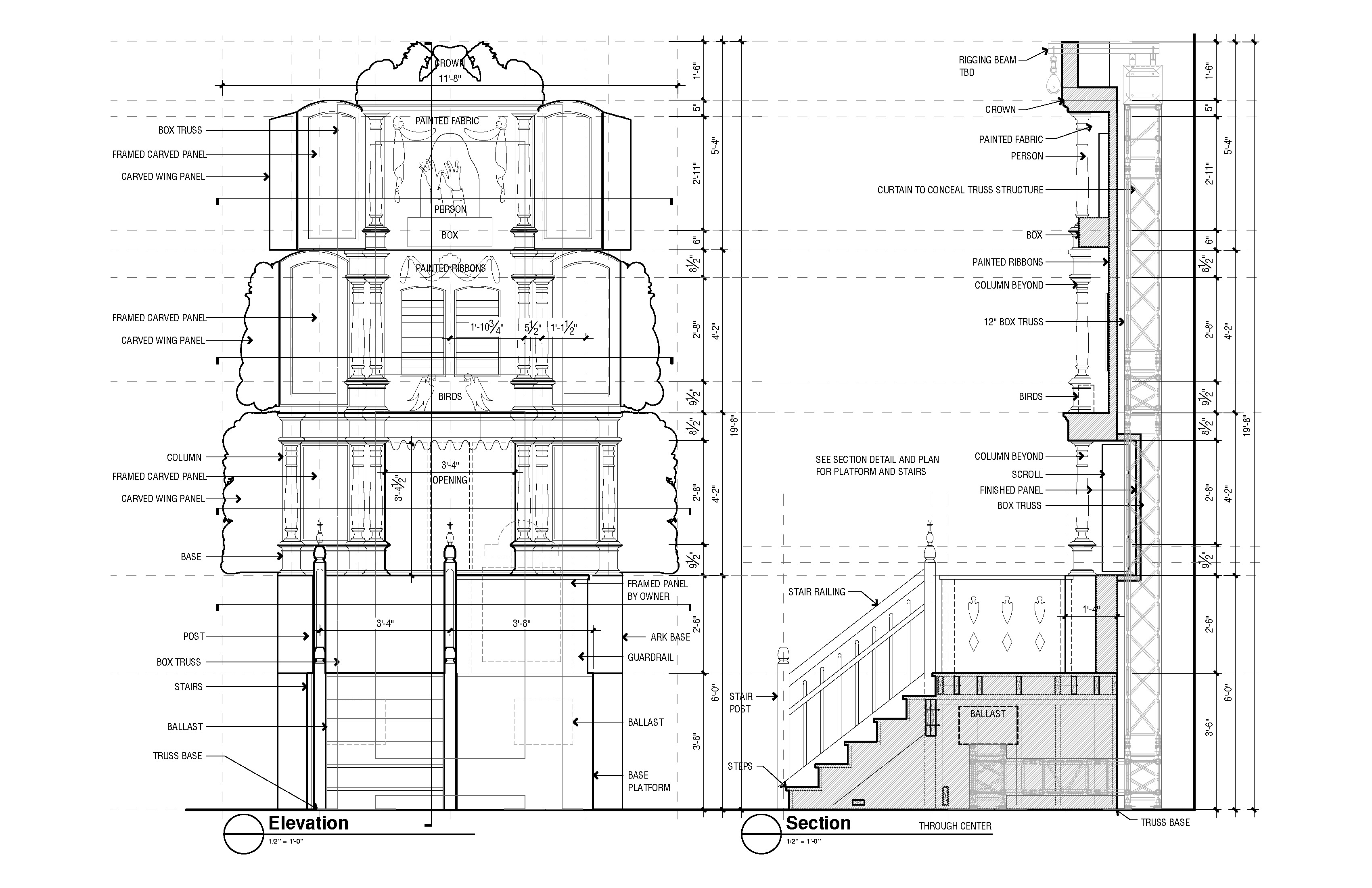 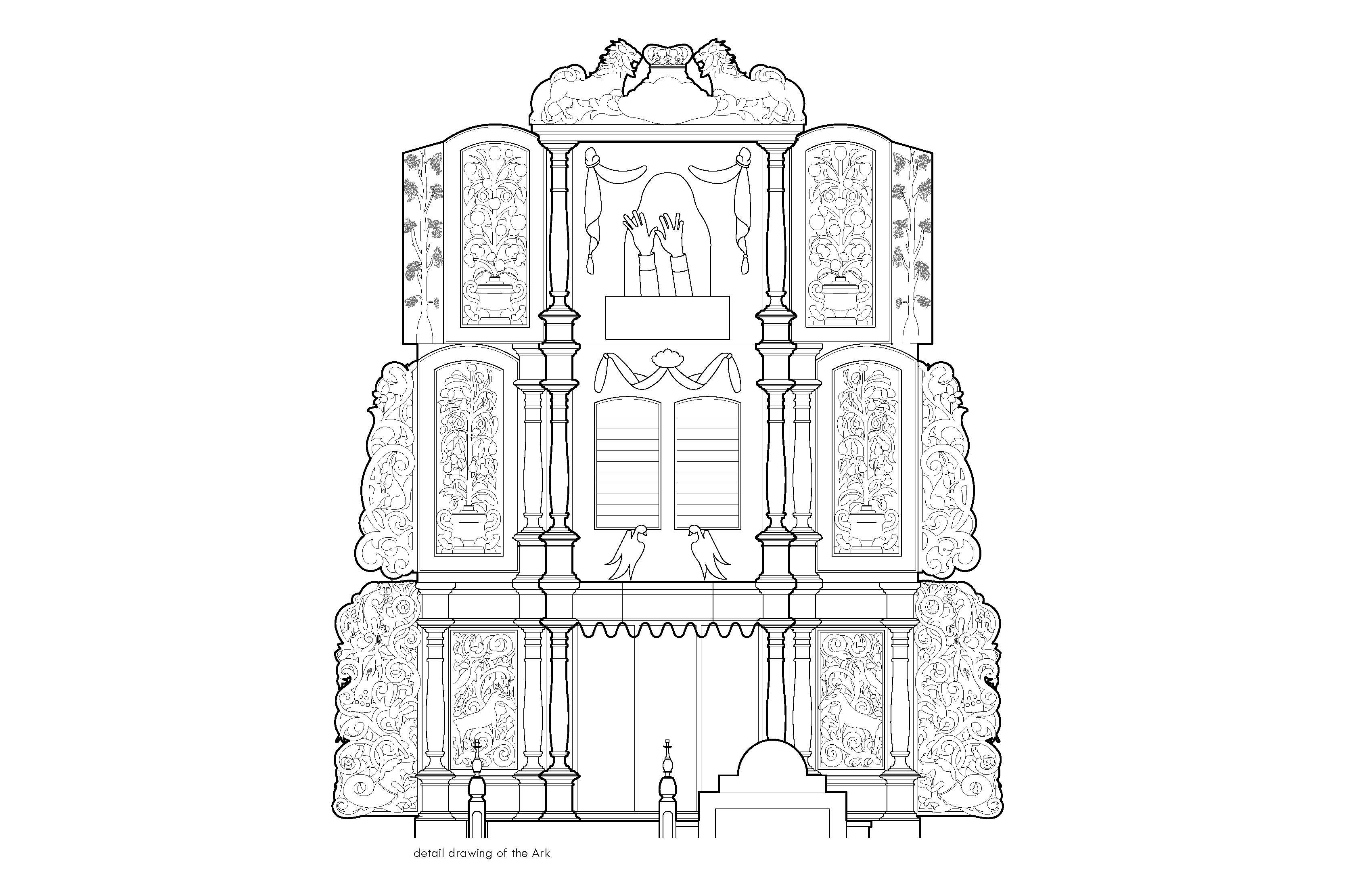 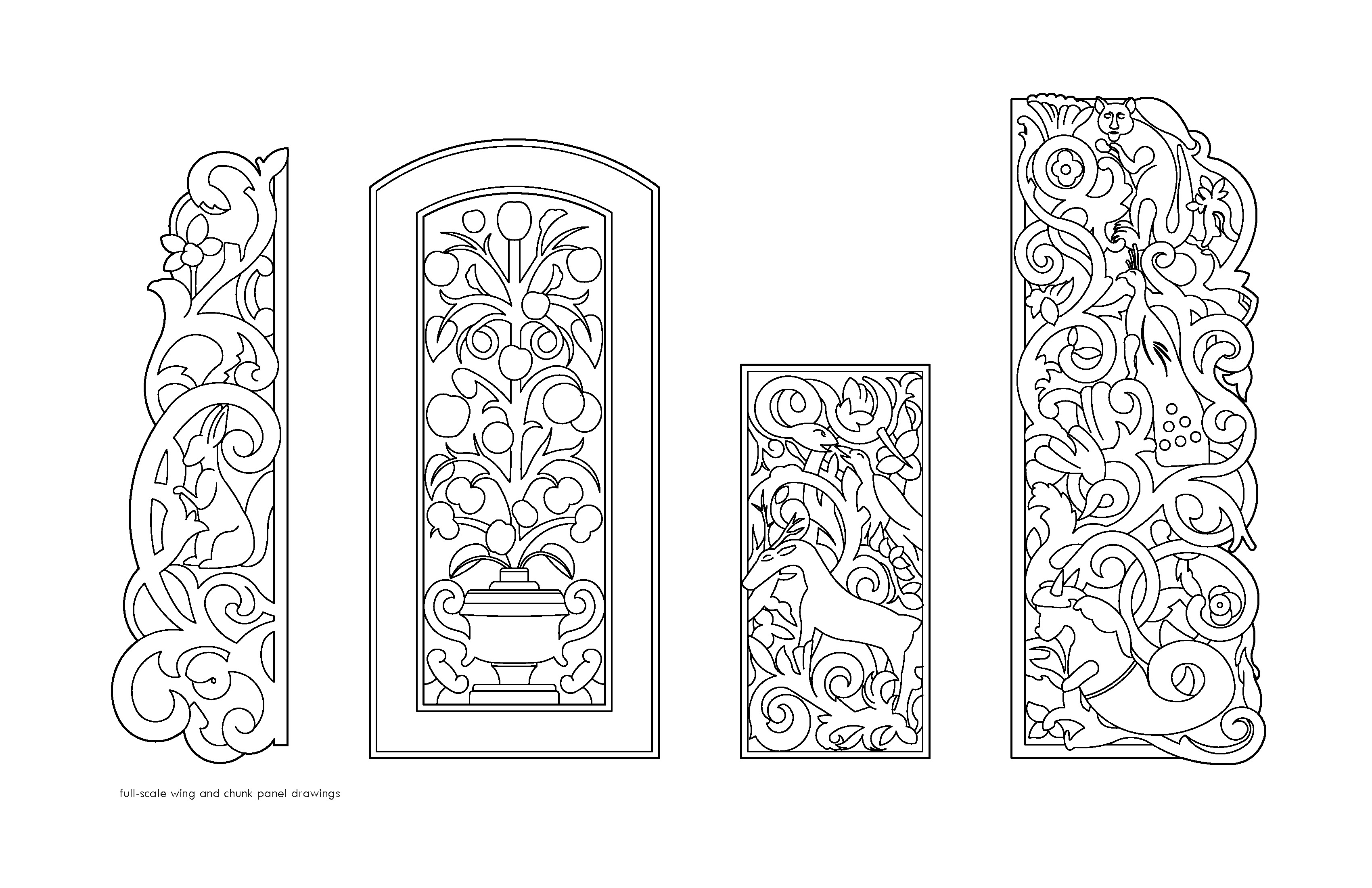 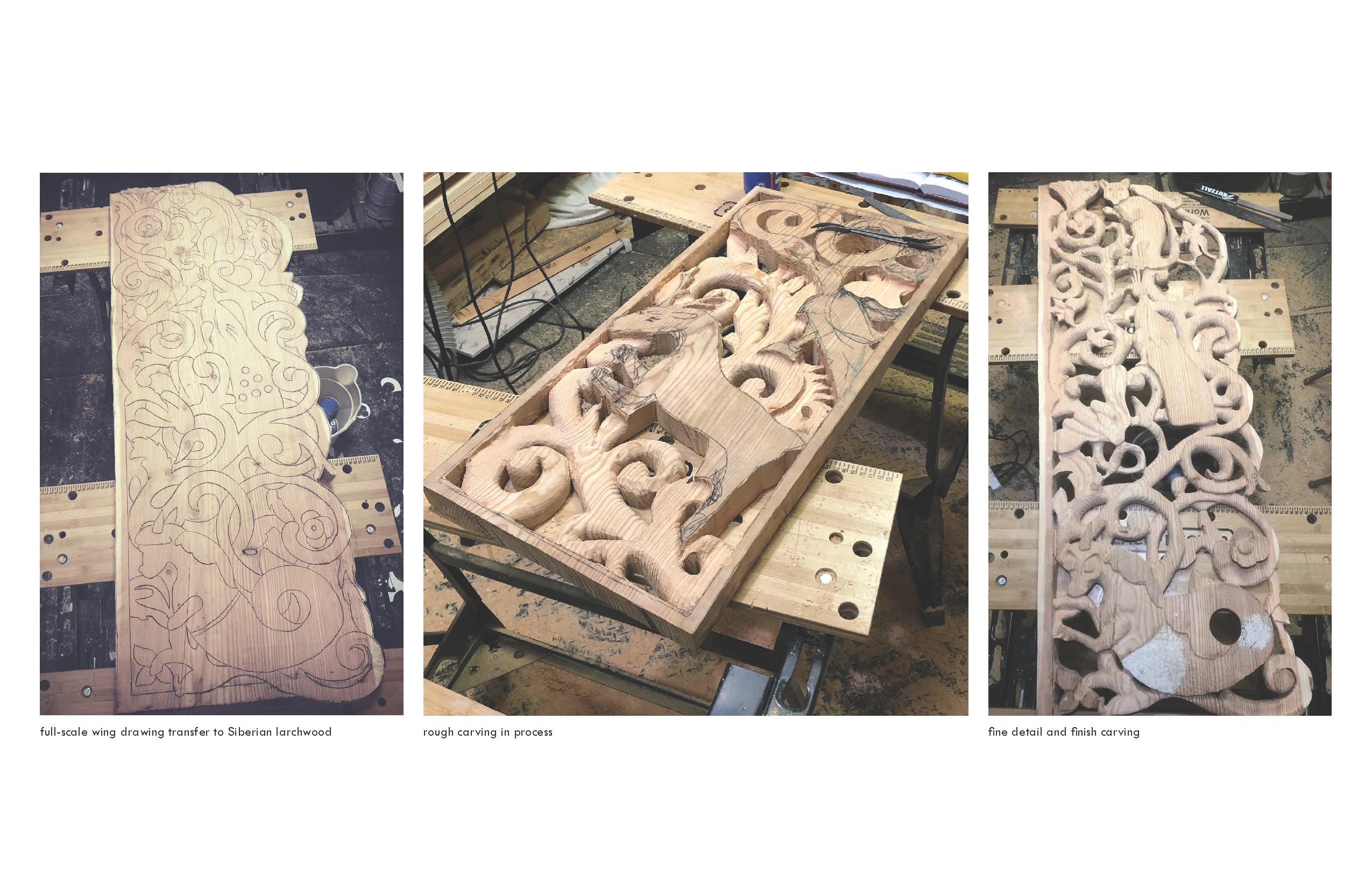 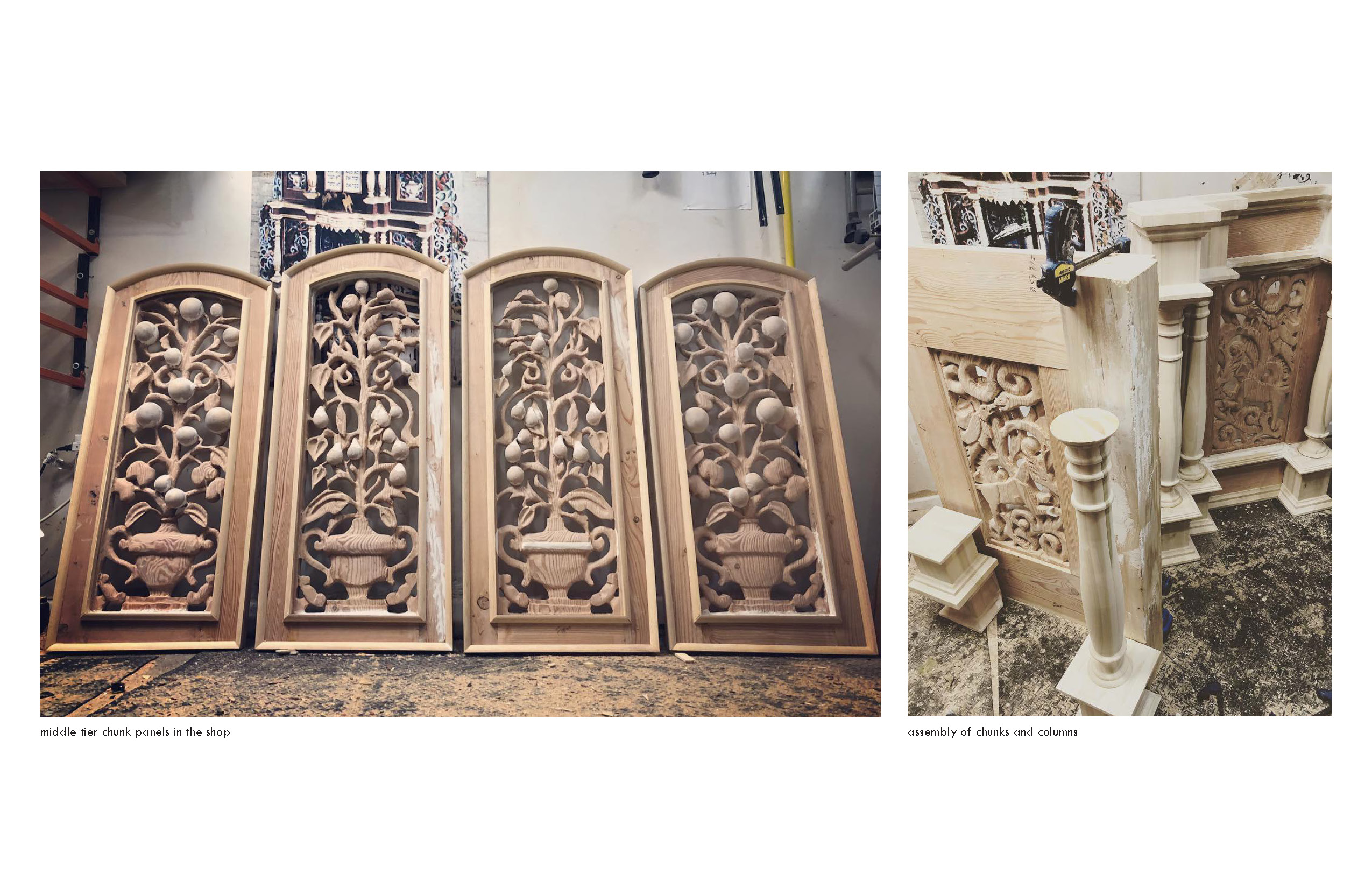 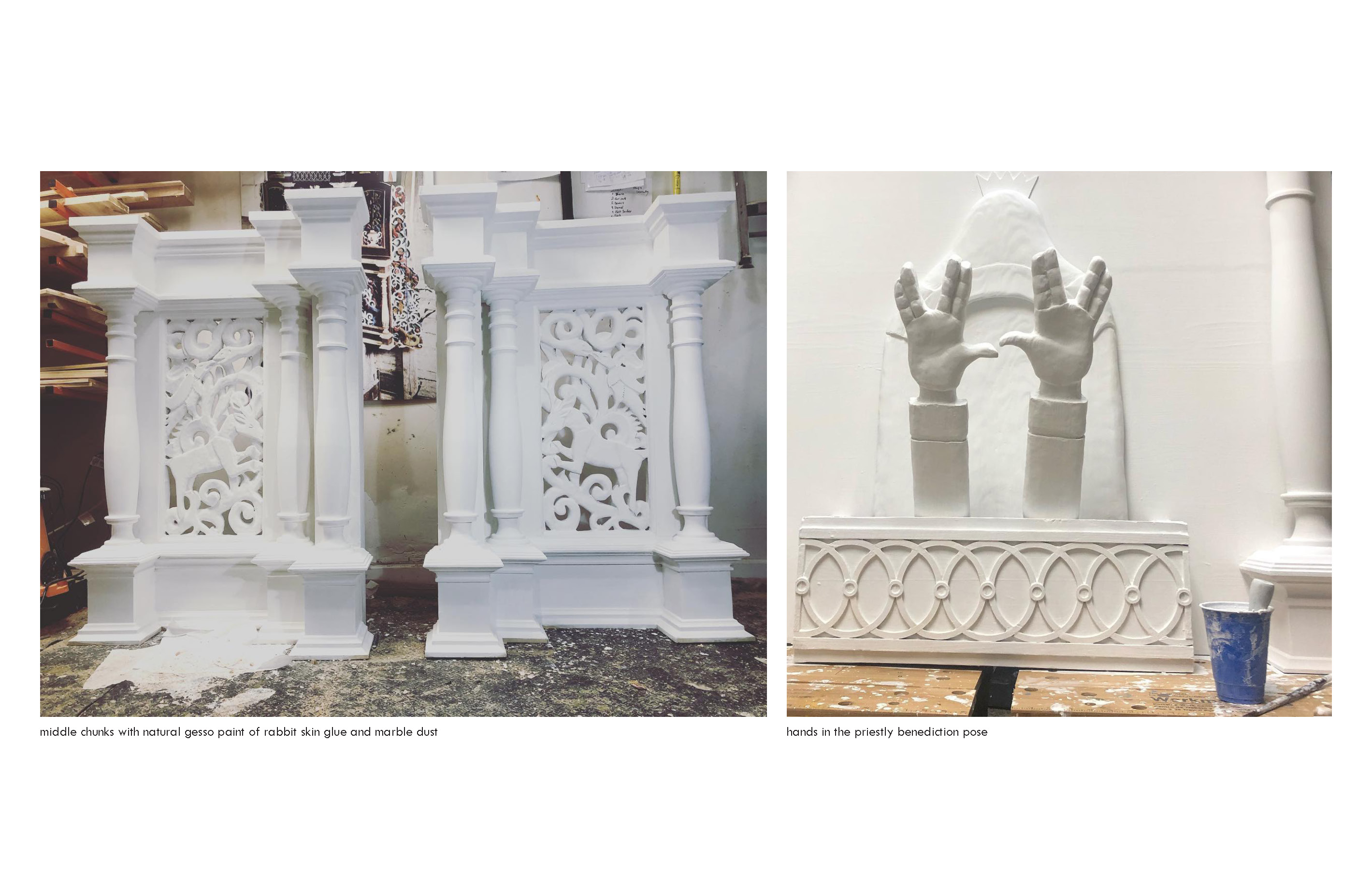 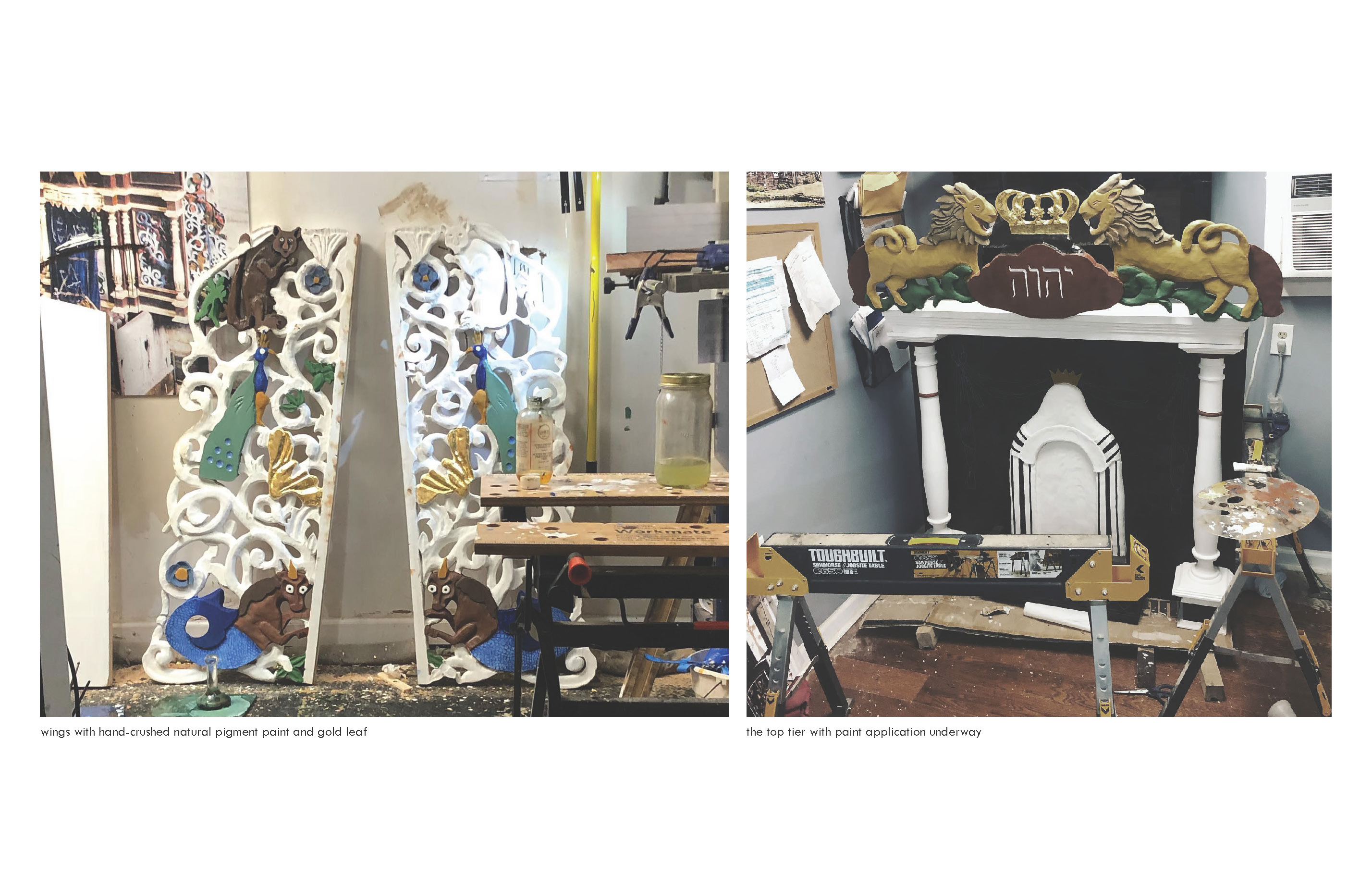 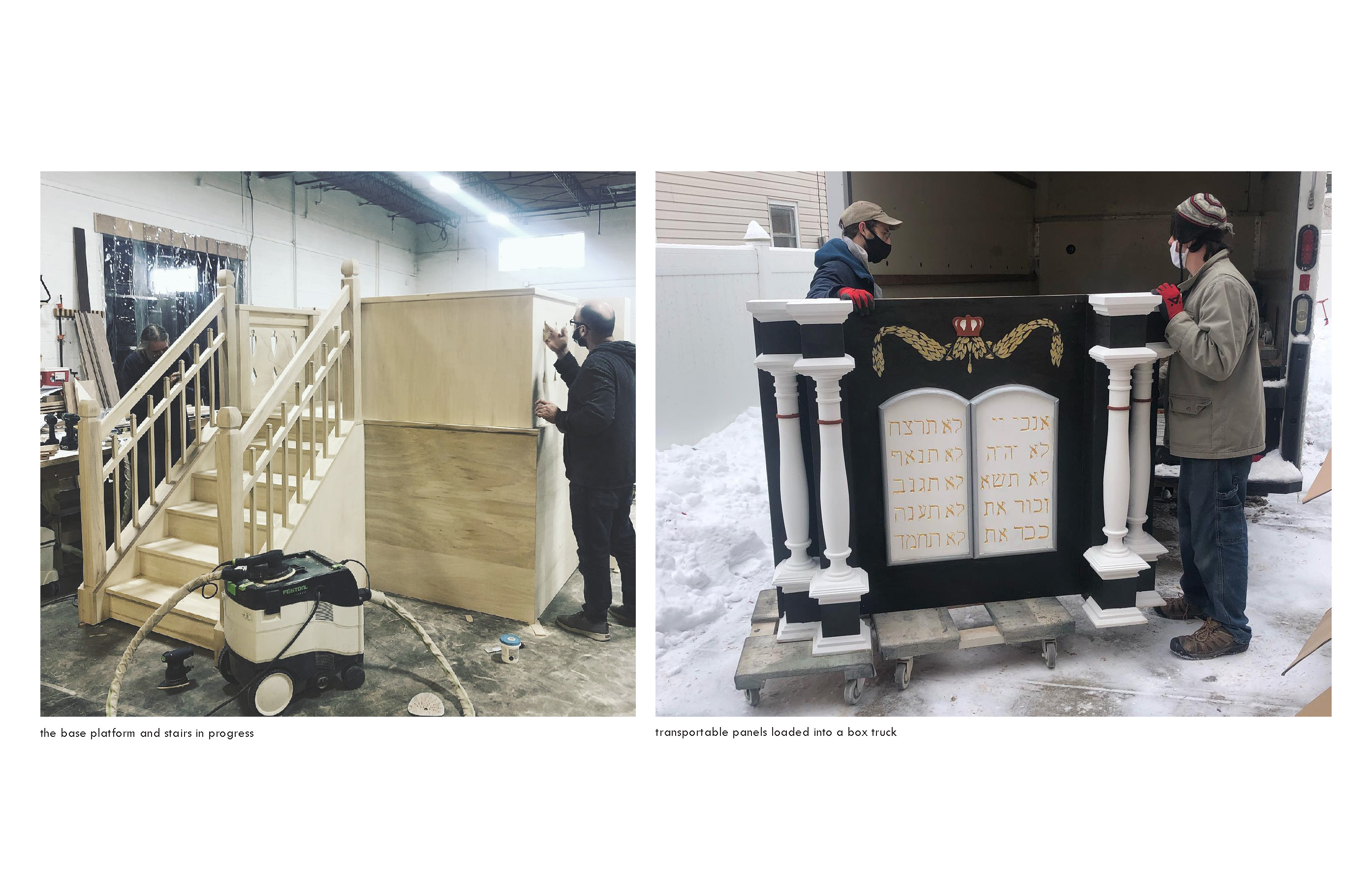 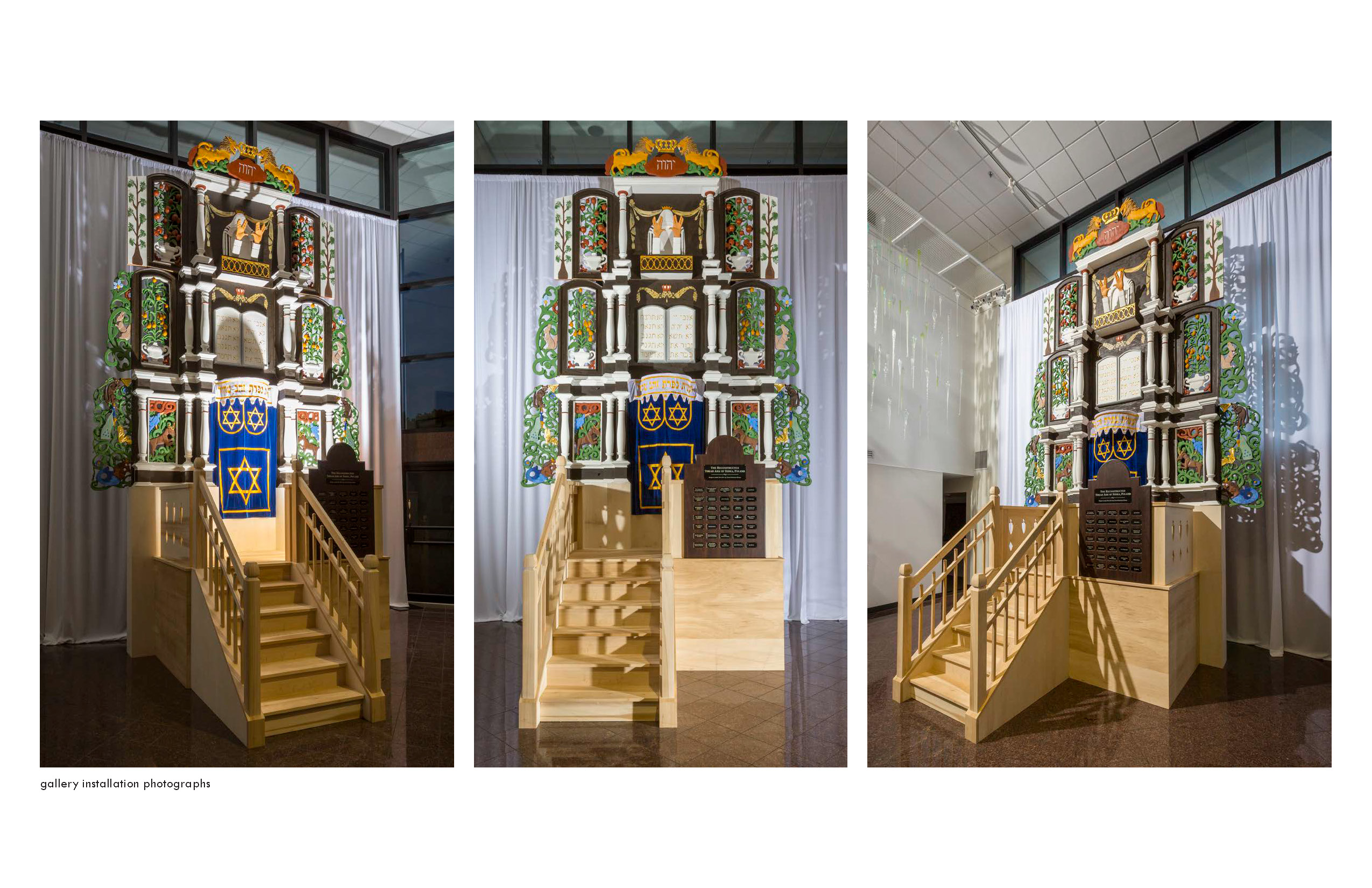 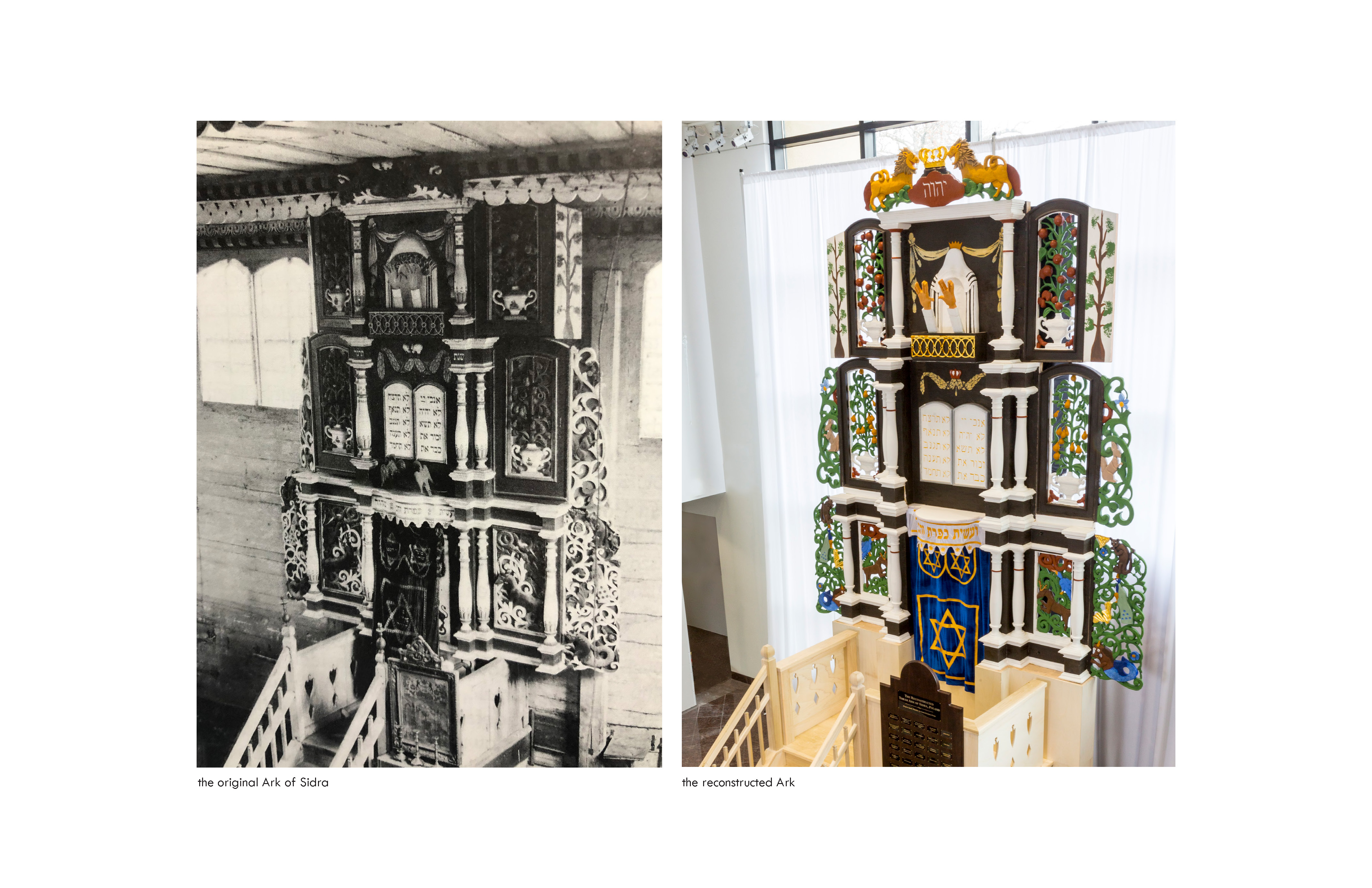 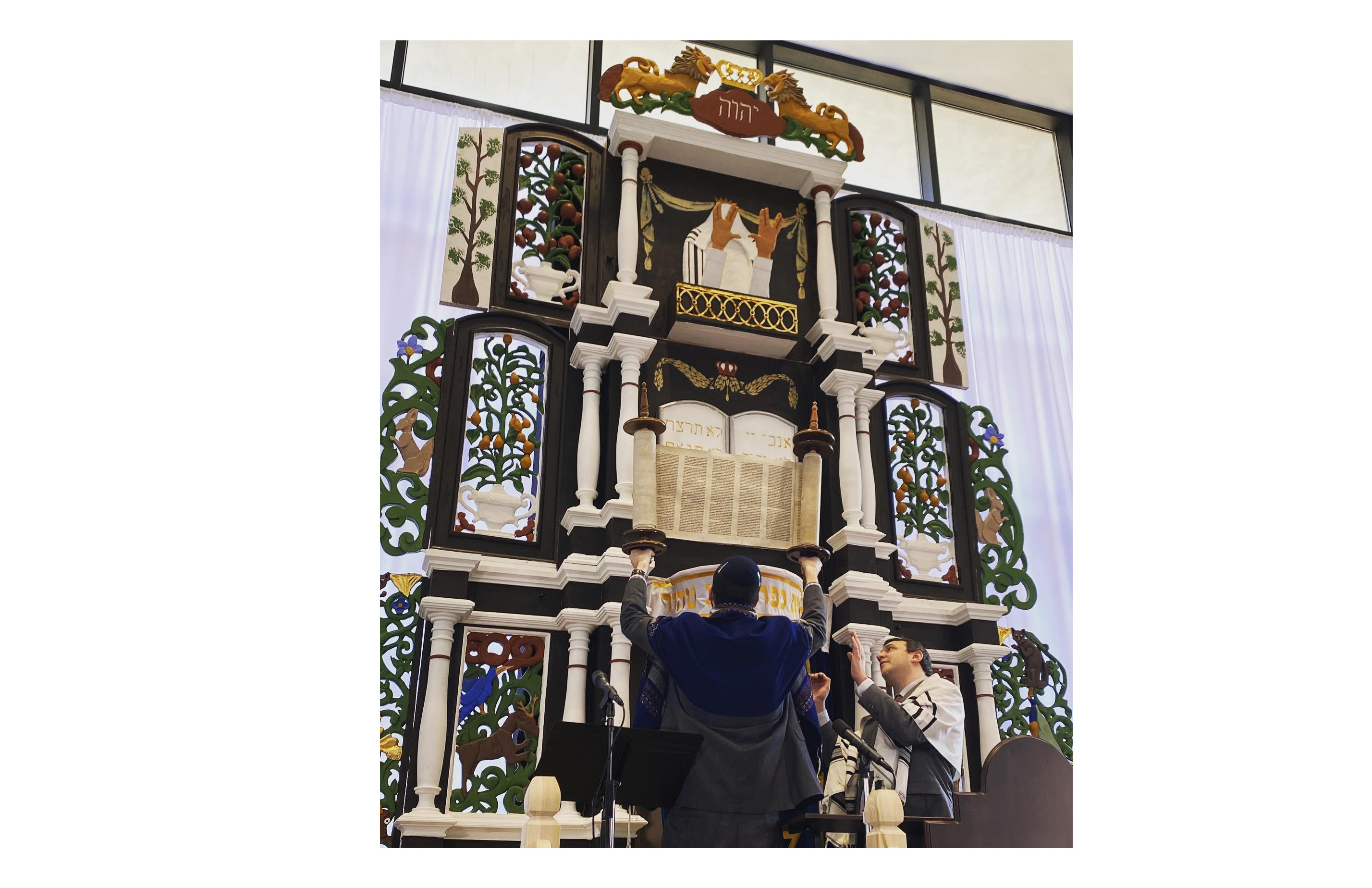