Community development project, wood-lawn community, Chicago (Developing the CTA line and mixed use building of Woodlawn Community in Chicago to improve the lifestyle of people) 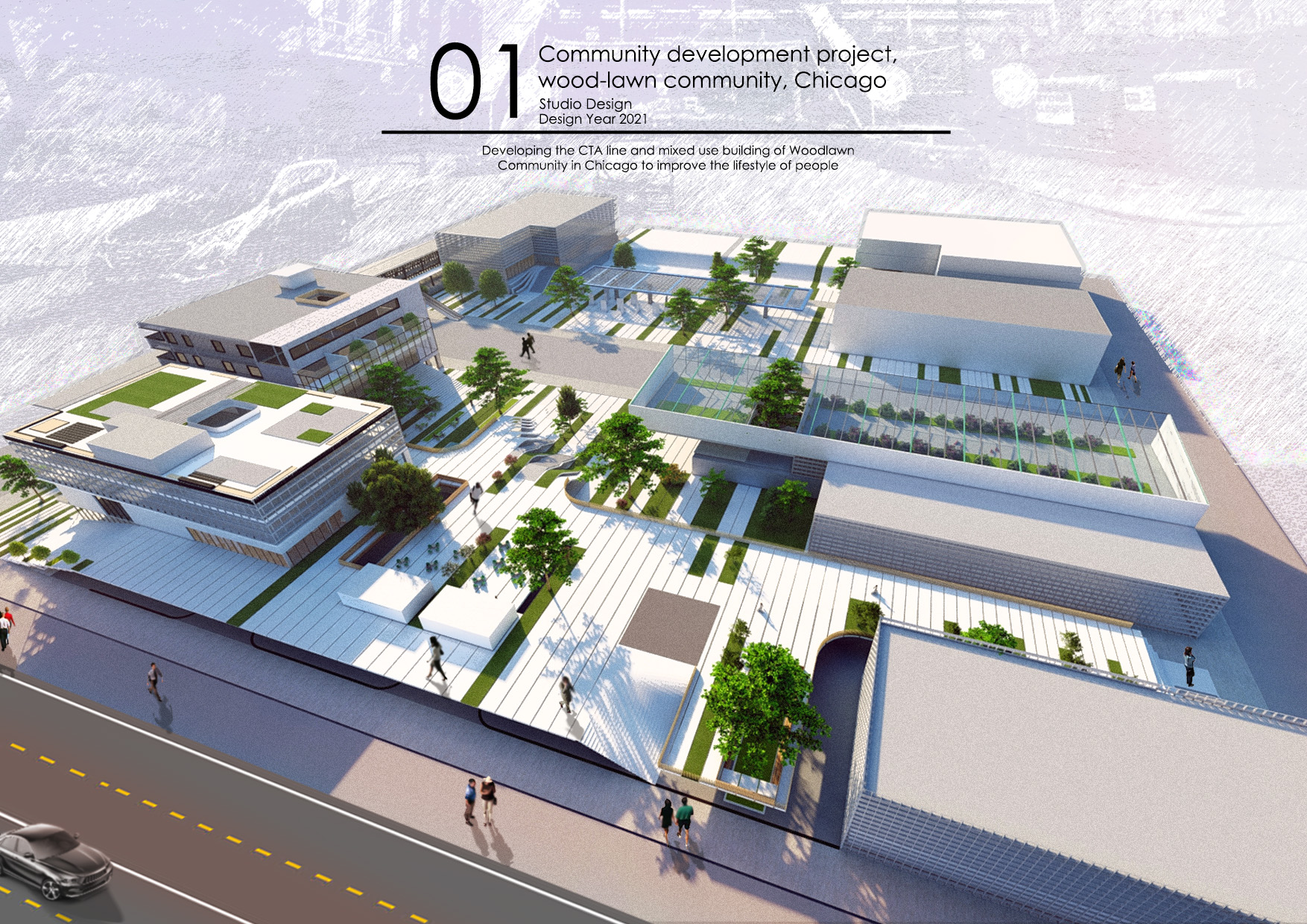 In Chicago, the Woodlawn neighbourhood is well-known. Because of the neon lights and crowded walkways, 63rd Street in Woodlawn was originally dubbed "Black Downtown, USA." Many of the street's principal attractions, including many clothing businesses, a branch of the public library, two schools, a handful of single-family homes, and Chicago's oldest restaurant, were demolished in the 1950s due to discriminatory laws and practices. Our project's primary thoroughfare is South Cottage Grove Ave Corridor. The S Cottage Grove Ave is located just north of the CTA line. Two historic structures are on the proposed site. The National Bank Building is located on the north side of the village, in front of the CTA line, while The Ballroom is located on the south side of the property. The project's goal was to create a phased community master plan, construct the C TA line to revitalize the area, and propose a new residential or commercial building for future population expansion. Future development may be visualized by the designers using the master-plan design. This project was previously created, and it is clear from various stories that members of the community were involved in the process. This community involvement strategy, in my view, may be beneficial to anyone who wants to effectively expand their community design and construct their own area.
The project's major goal was to enhance the quality of life for residents in the area. The students were supposed to produce a design concept for this. We 13 students from Miami University's Arc 601 studio flew to Chicago to conduct the study and remained for four days to examine people's movements on the CTA Line and building patterns. The major aspect of the property to maintain and operate with attention was the historic structures. 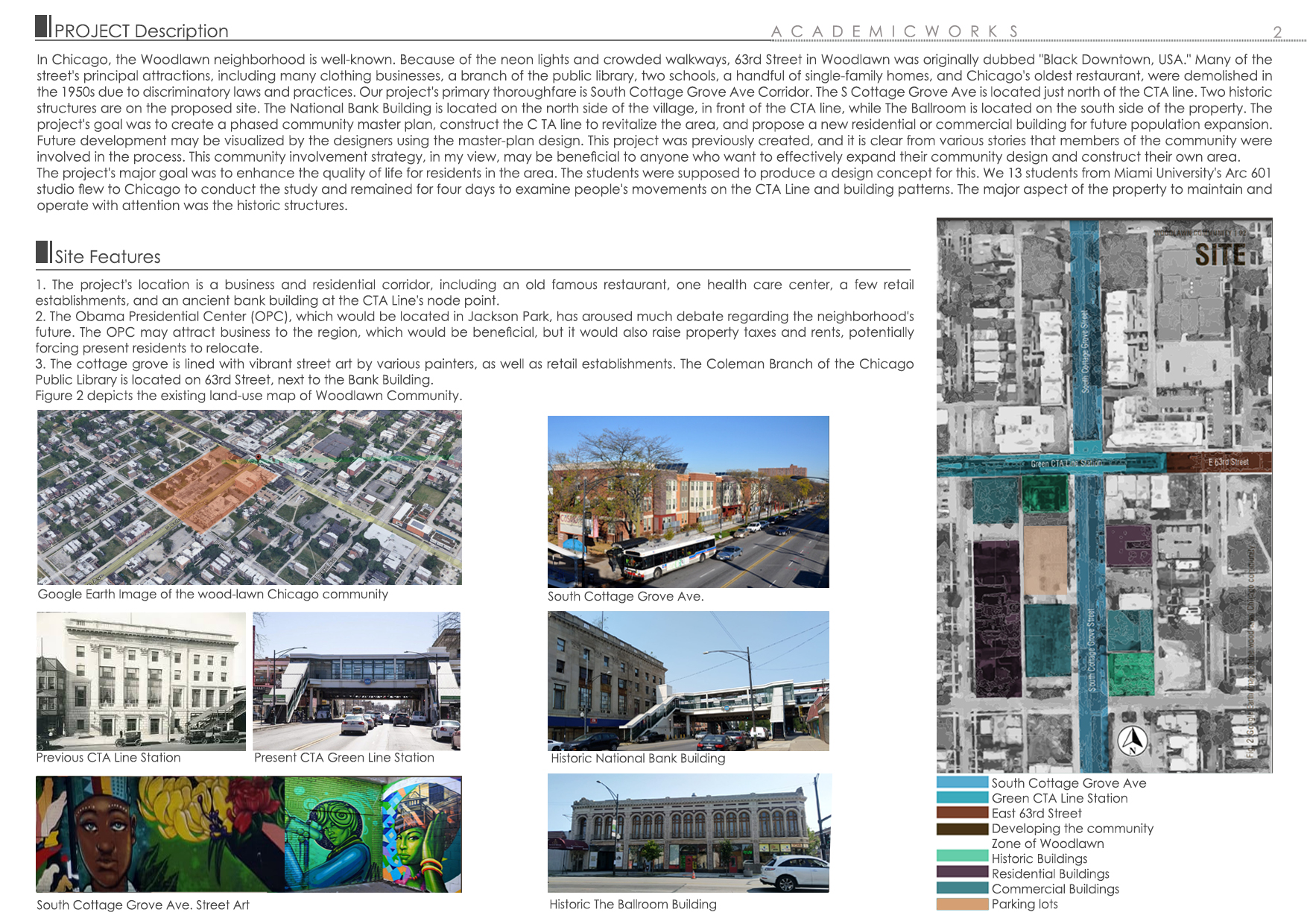 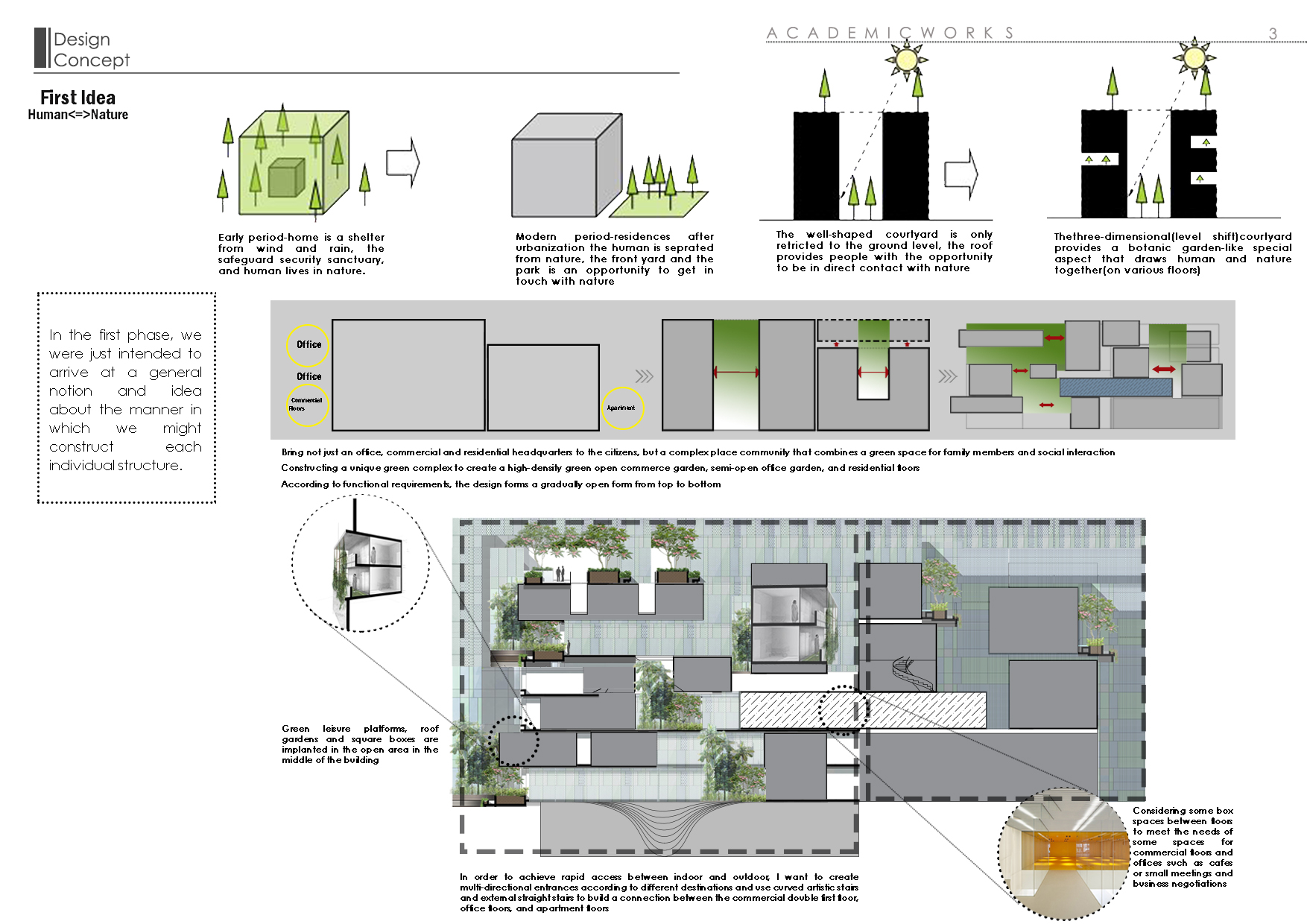 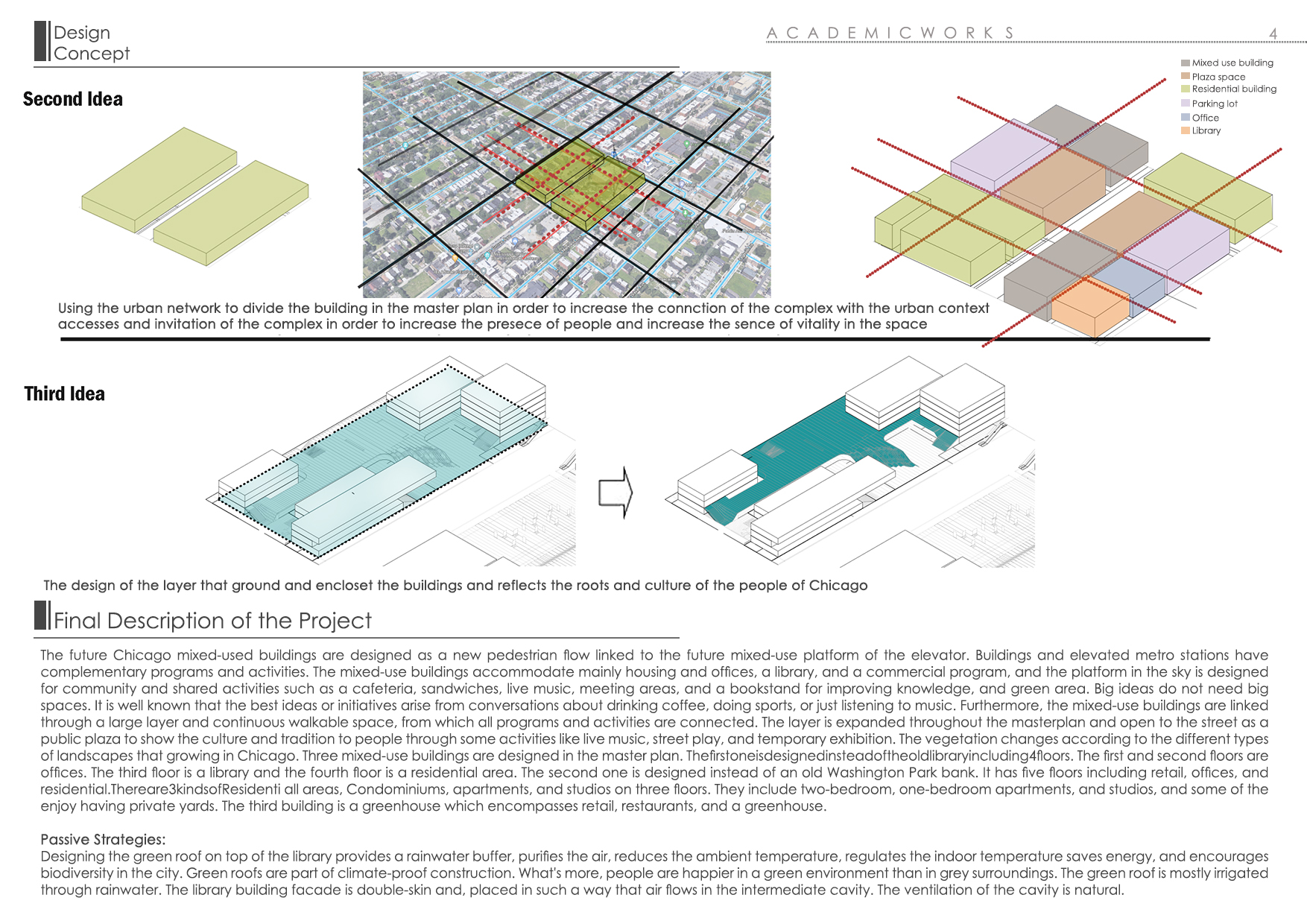 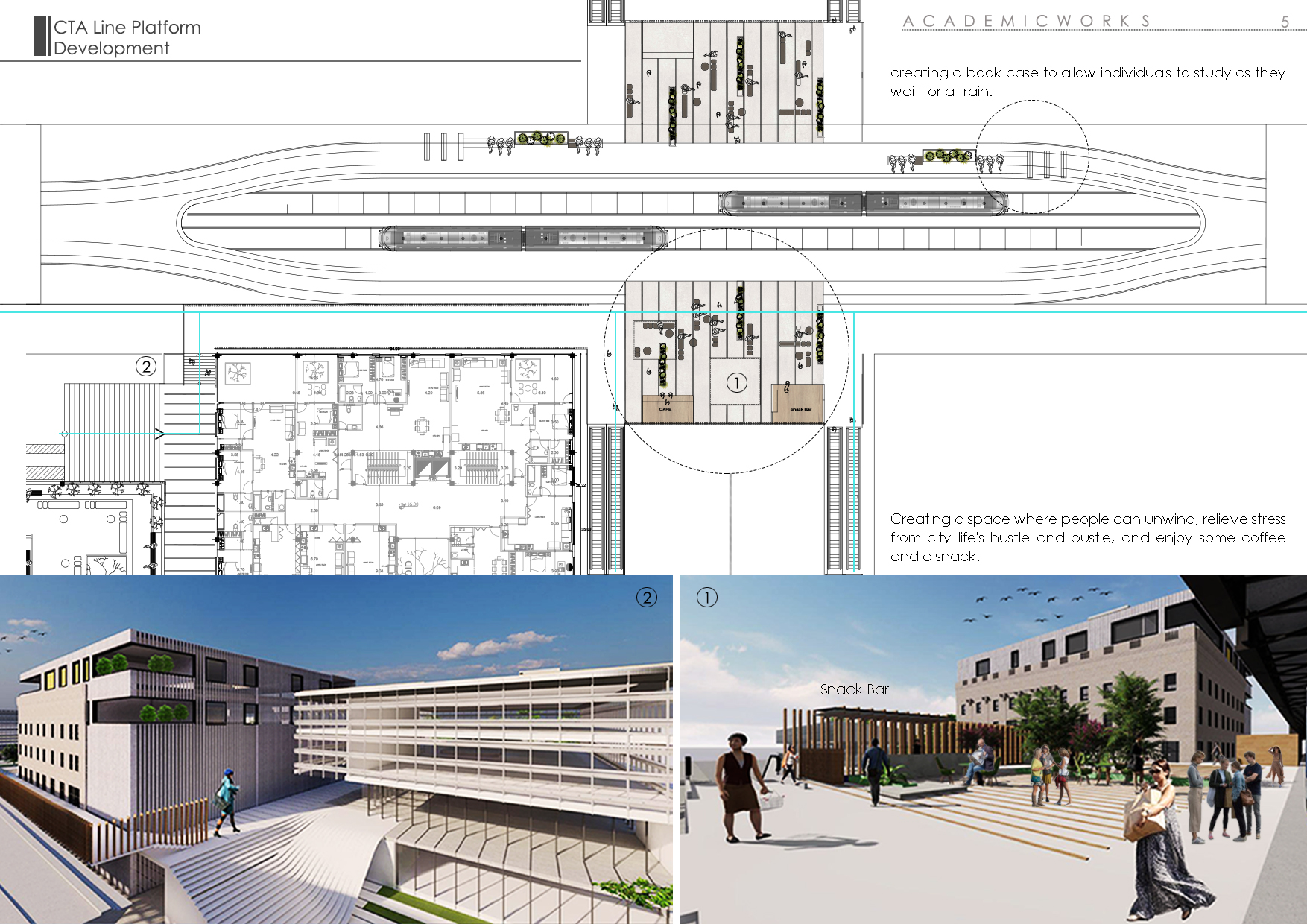 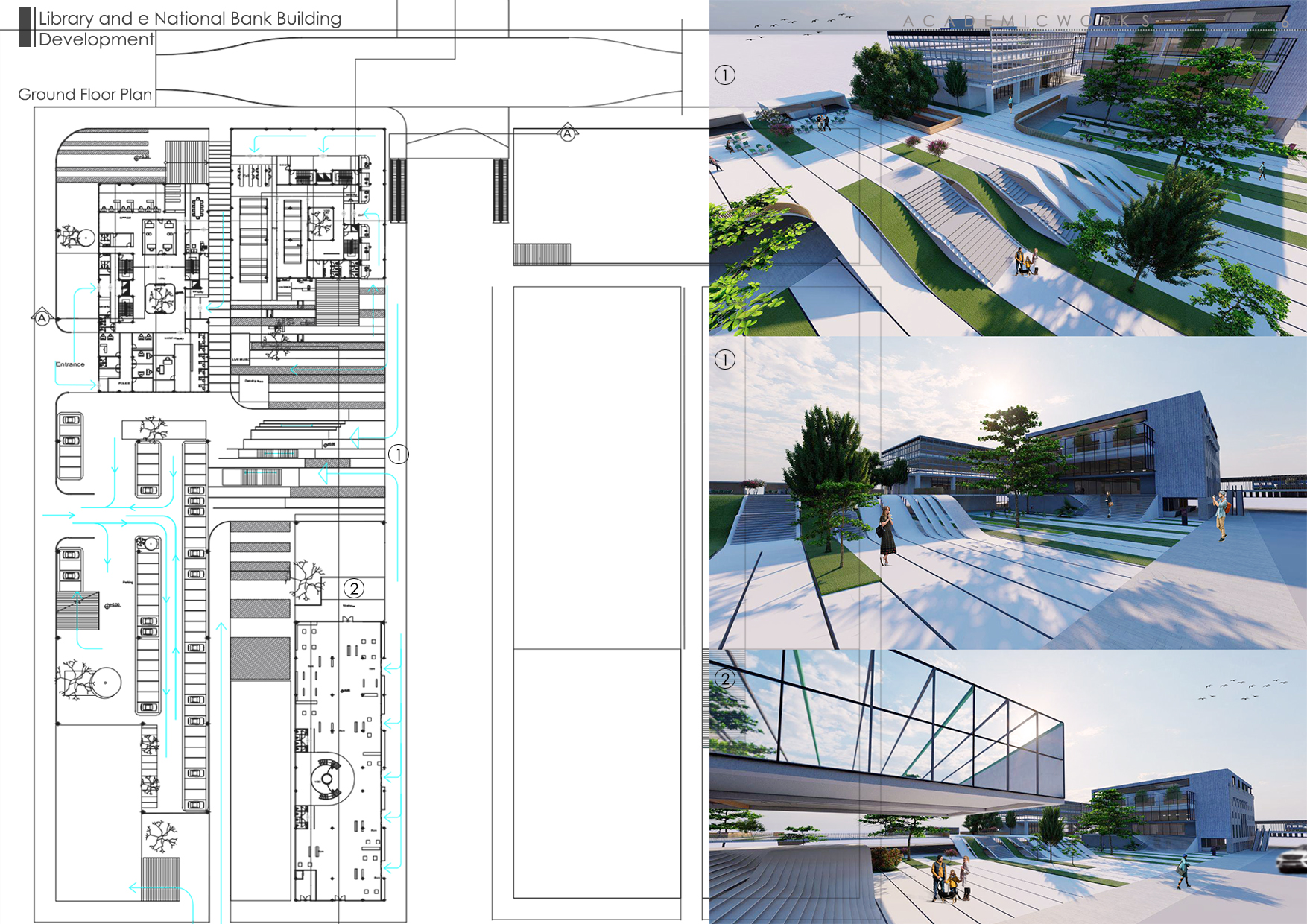 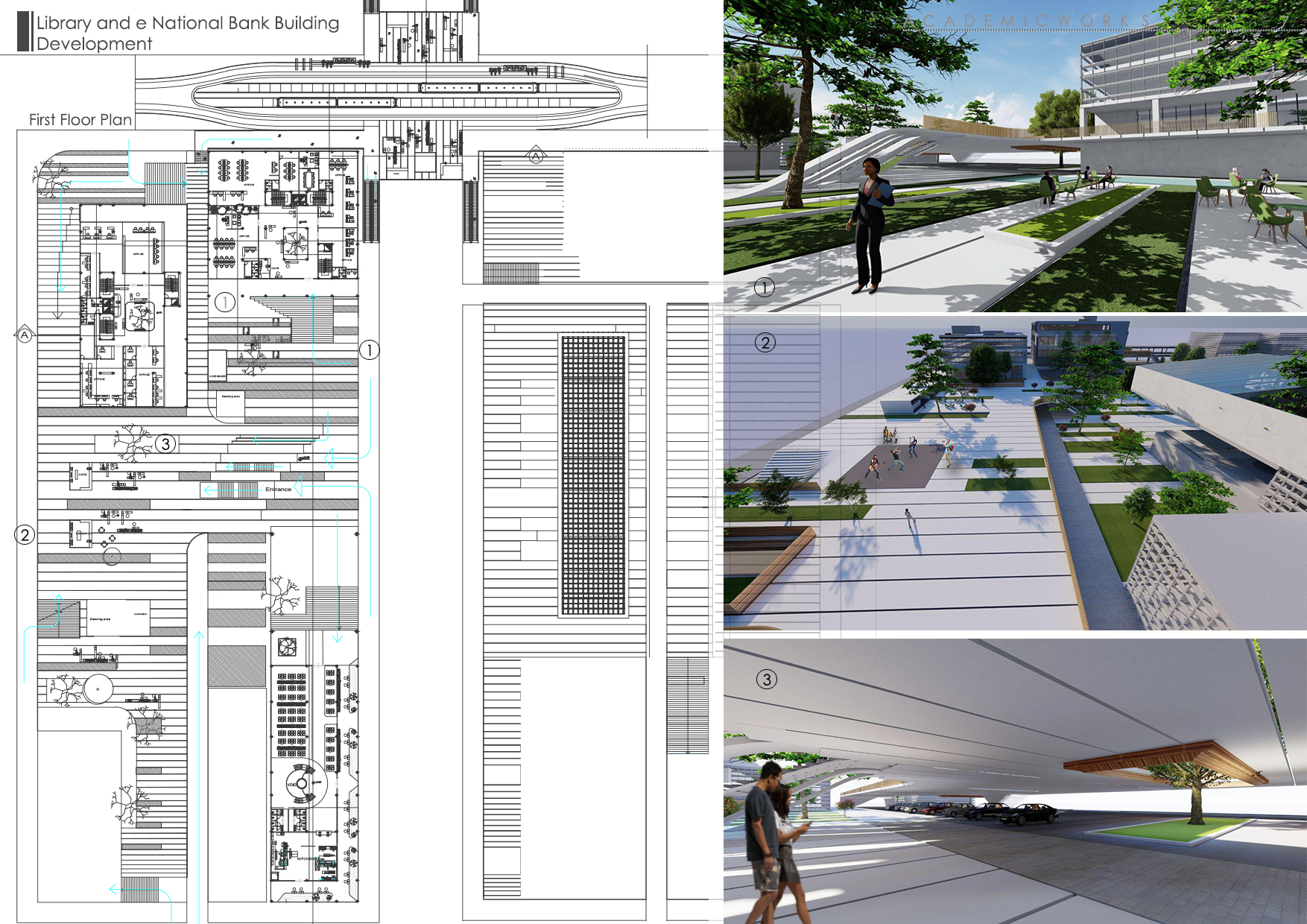 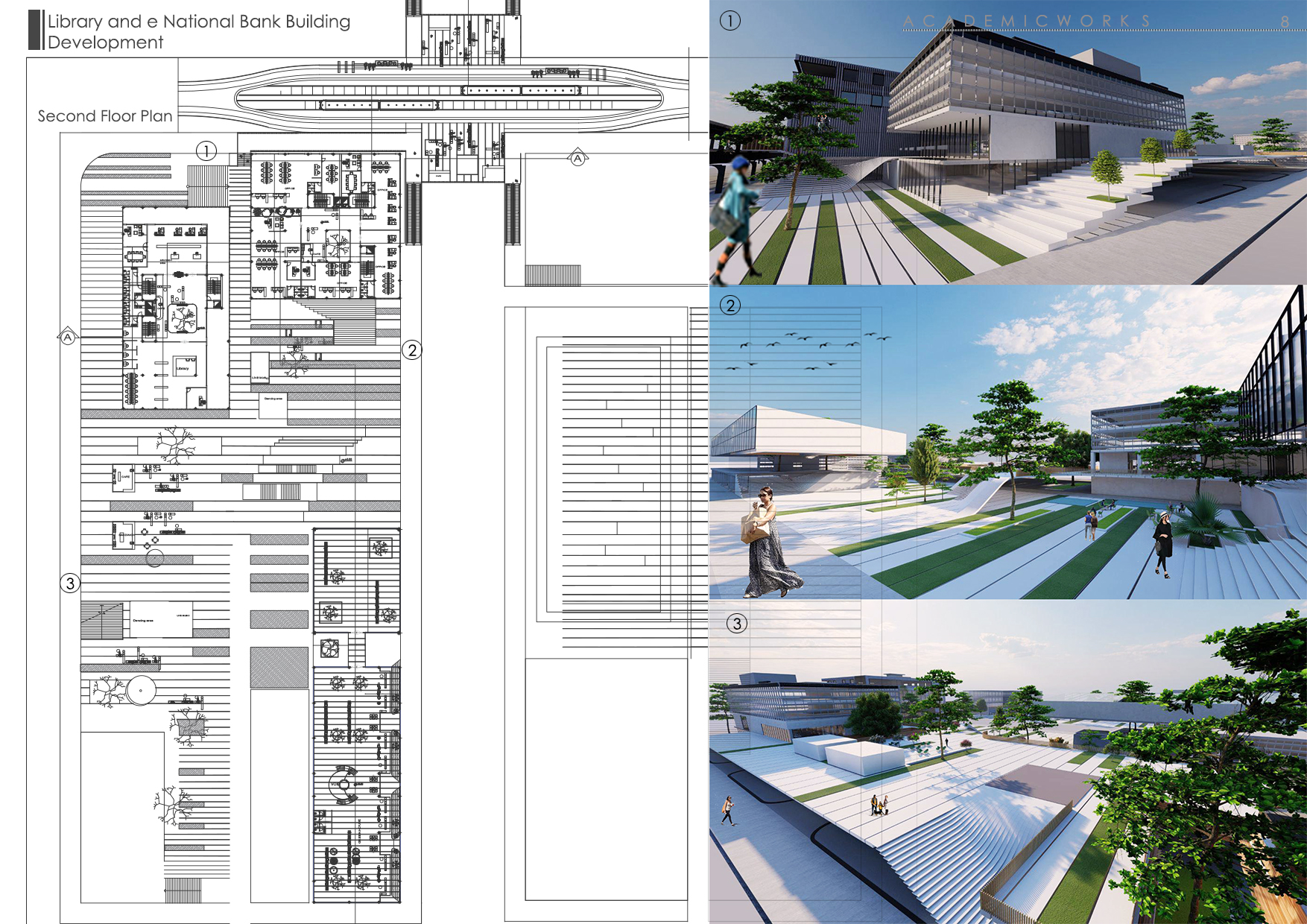 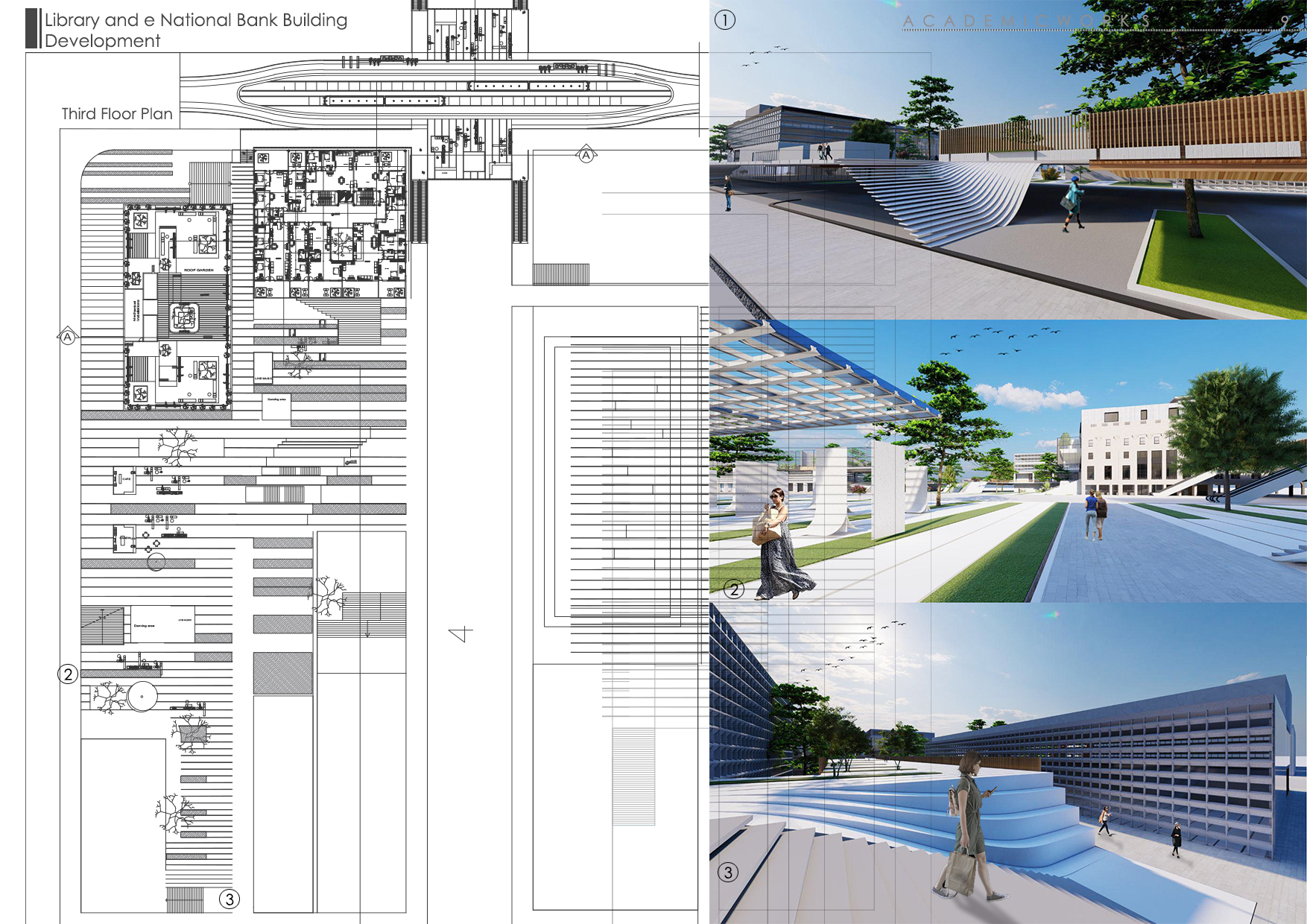 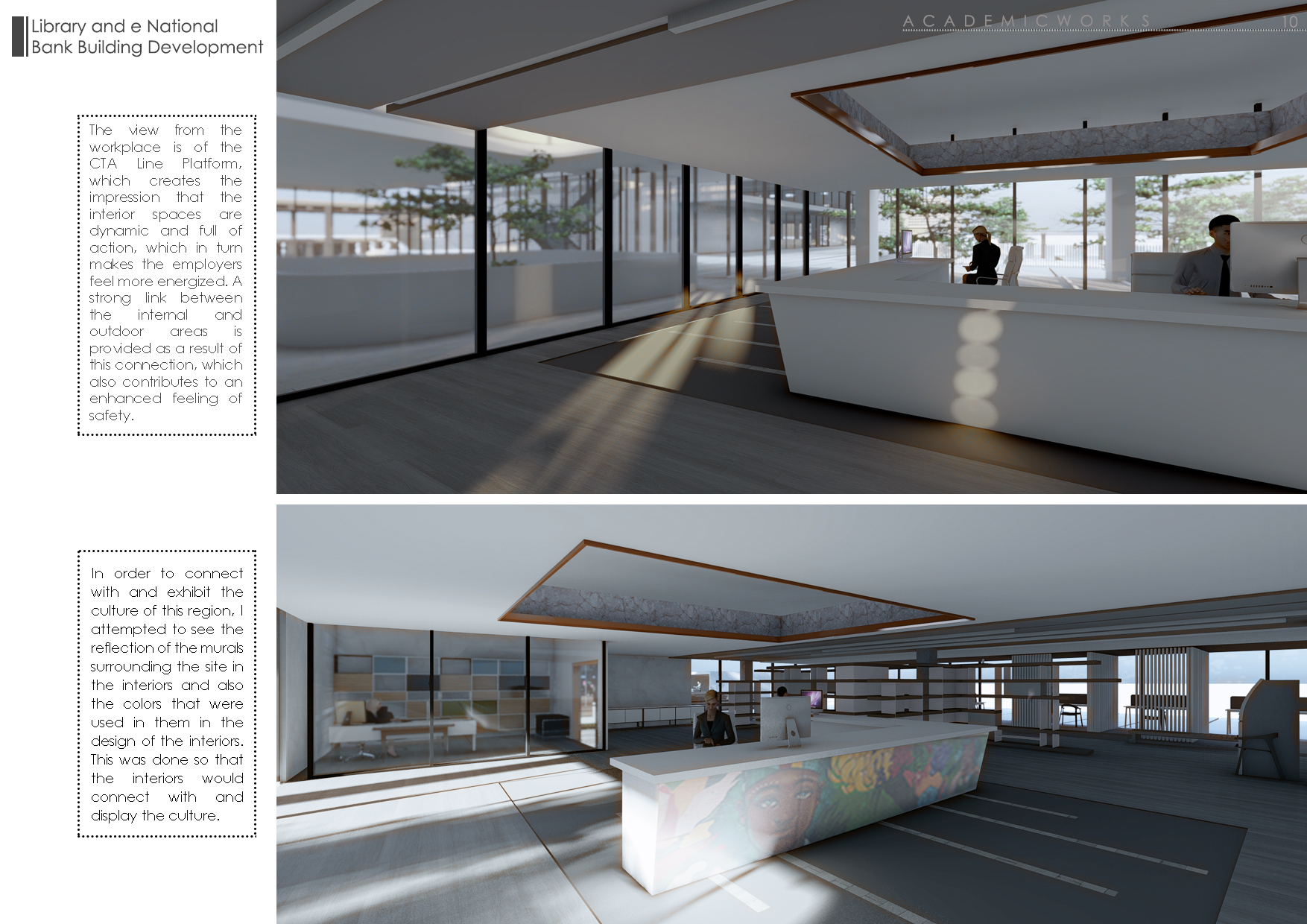 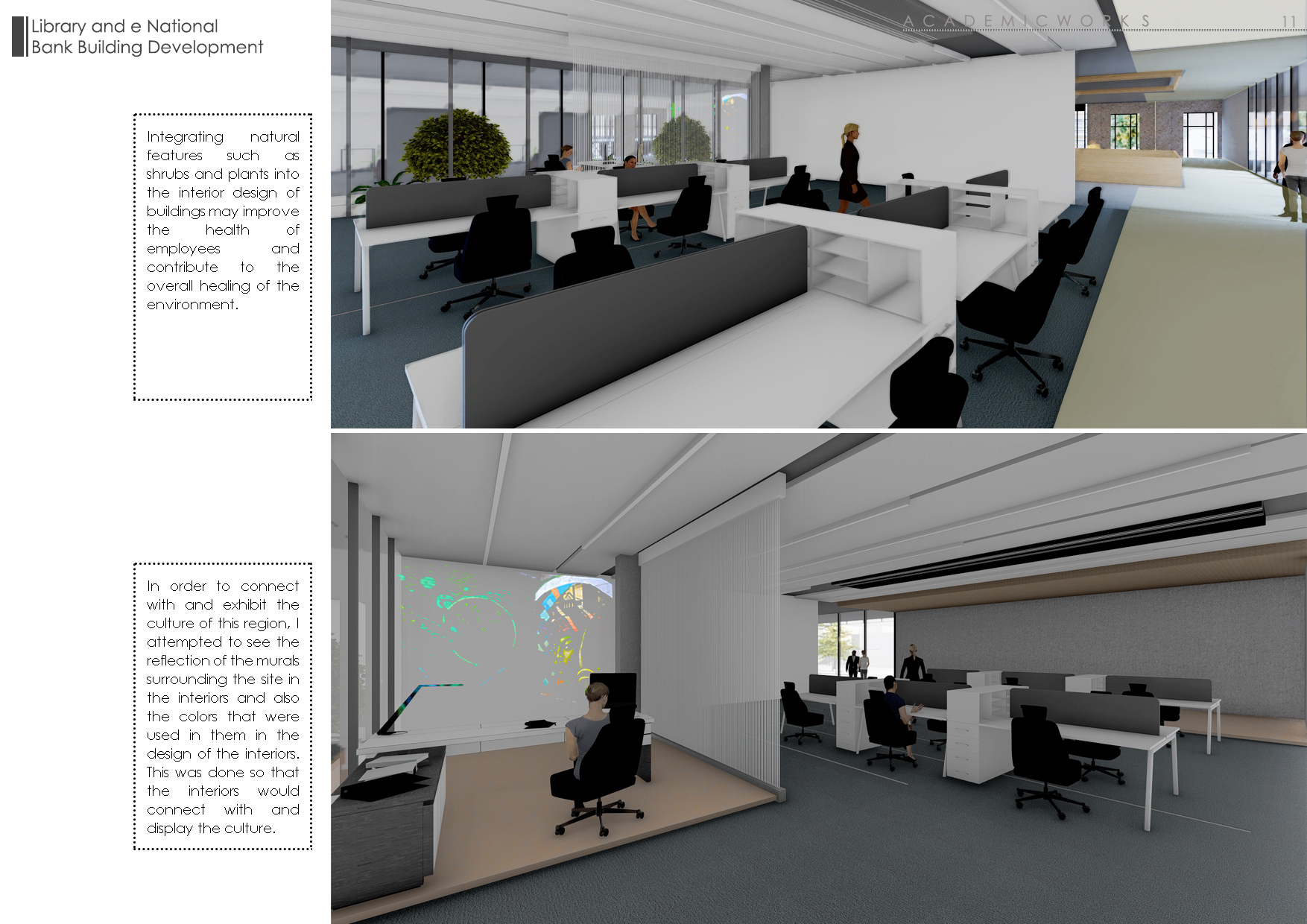 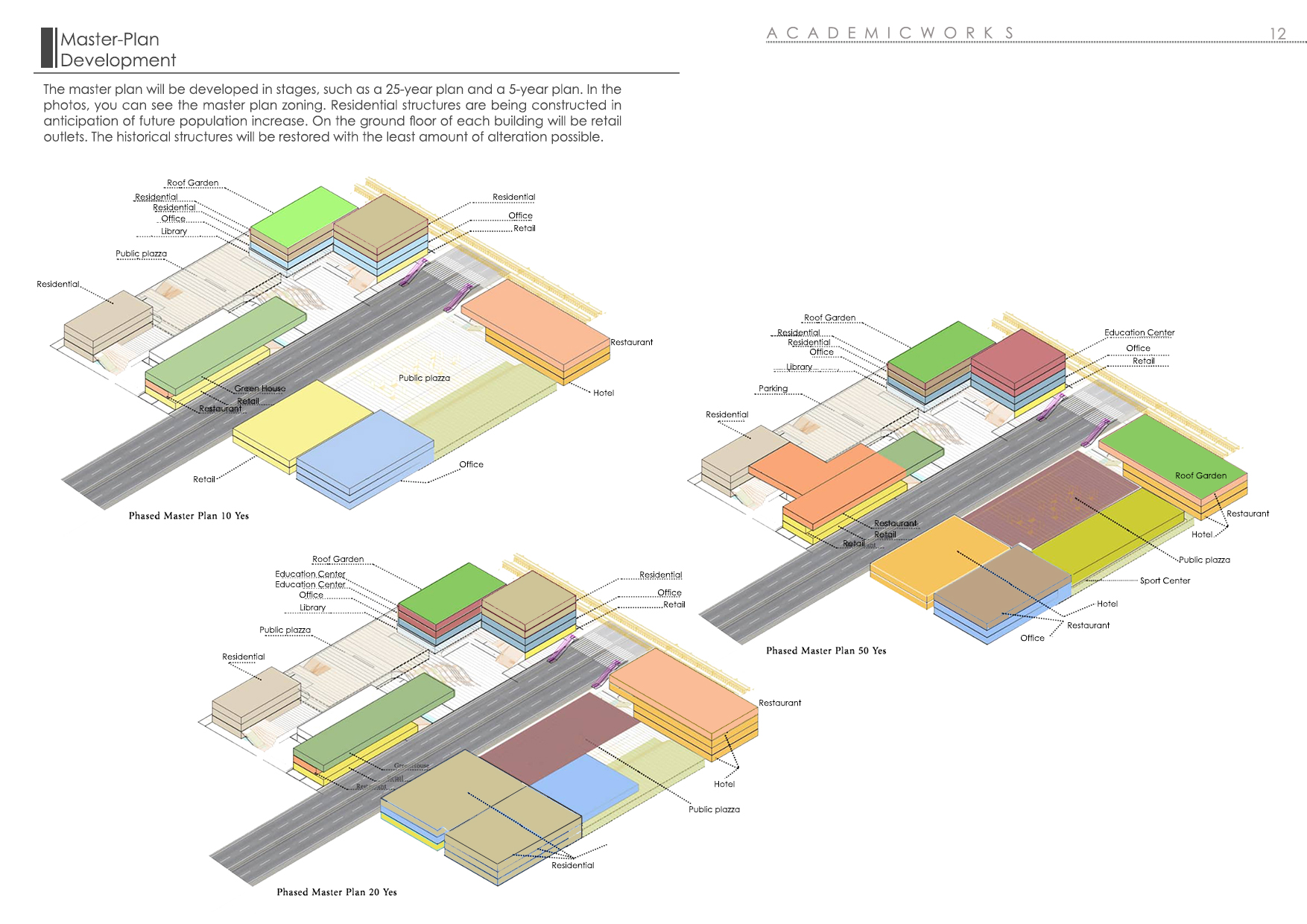