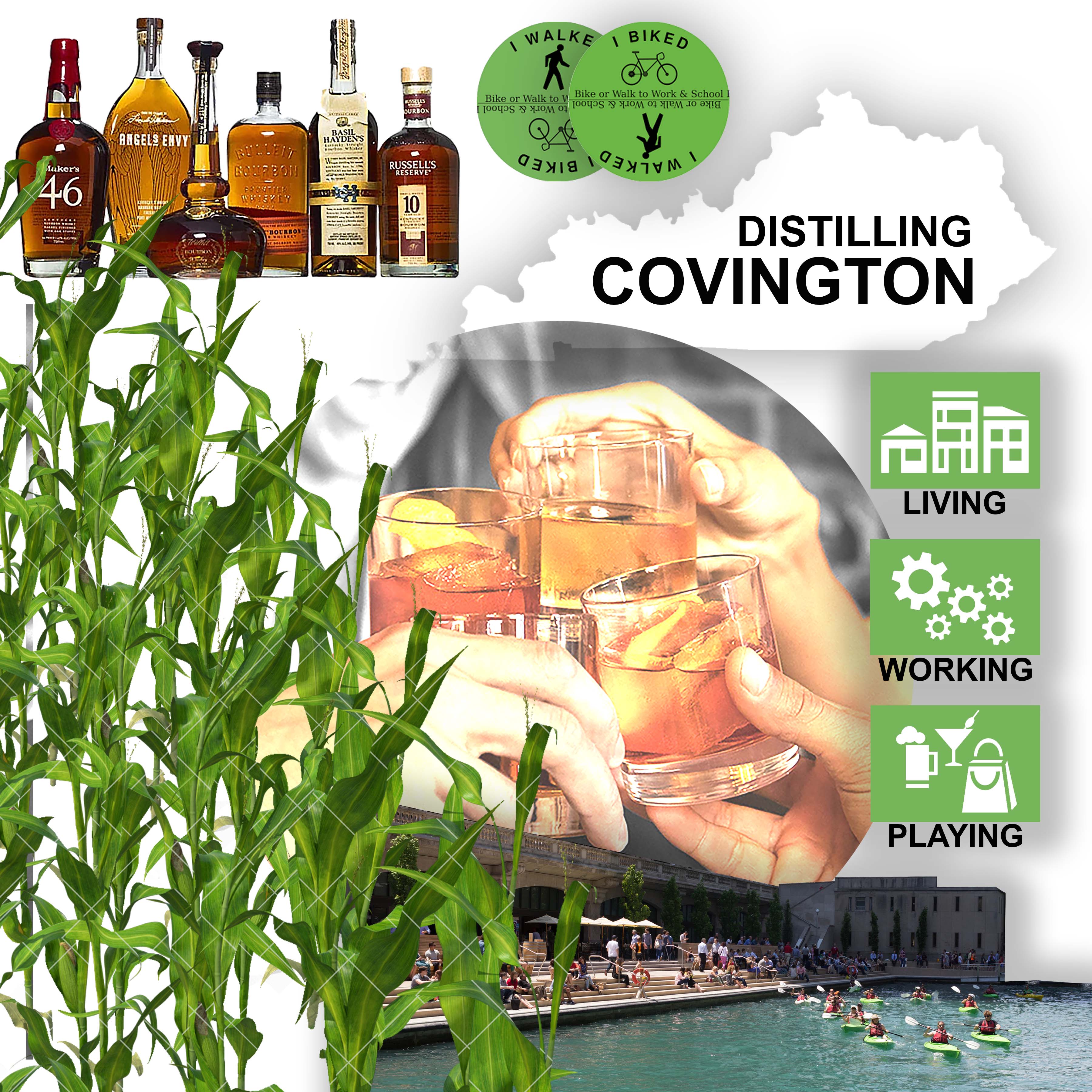 The goal of Distilling Covington was to redevelop a 50-acre site of Covington, Kentucky along the Ohio River. Our major considerations were buildings, roads, public spaces, landscape, topography, riverfront strategy, and flood management.
With the intention of creating a production city, we focused on Kentucky’s history of bourbon production. Buildings and land use facilitates the production and aging of the bourbon making process through the inclusion of corn fields, rick houses, and a distillery facility. Corn fields make-up a majority of our landscape, emphasizing their importance in the city’s economy and creating a visual connection to the history of bourbon making. Pools located throughout the design aid in the production of bourbon and support water management and supply for the area. In addition to production, we wanted to create a community that serves its residents by including a school, grocery store, retail establishments, and river recreation access.
We used the existing historic city grid to define infrastructure, establishing our city blocks, circulation, and public space. An emphasis on elevating the pedestrian experience led to the decision for extensive pedestrian paths and minimal vehicular roads. These pedestrian paths facilitate the human-scale movement to the riverfront by creating site lines to the river and Cincinnati. The procession to the riverfront works to reactive the current levy by creating a lively space with entertainment and commercial use. Public green spaces define a central transept along Covington’s existing 3rd Street, producing an additional public gathering space.
In regard to building program, mixed-used residential is located along the perimeter of the established city blocks. These perimeter buildings emphasize and celebrate the interior courtyards of the blocks, which creates a space for production and public use buildings. These buildings are more figural to emphasize their importance within the community and entice us 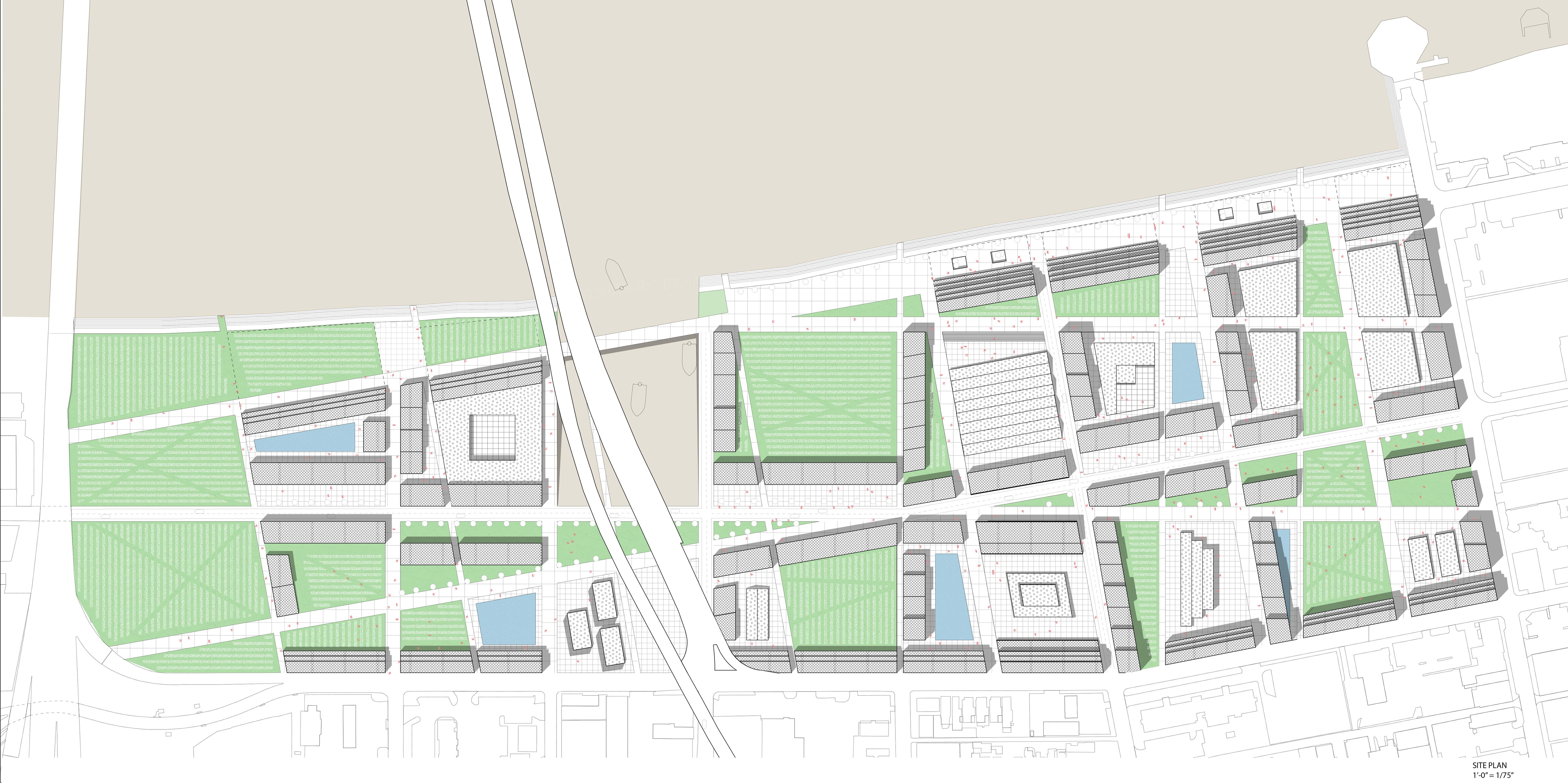 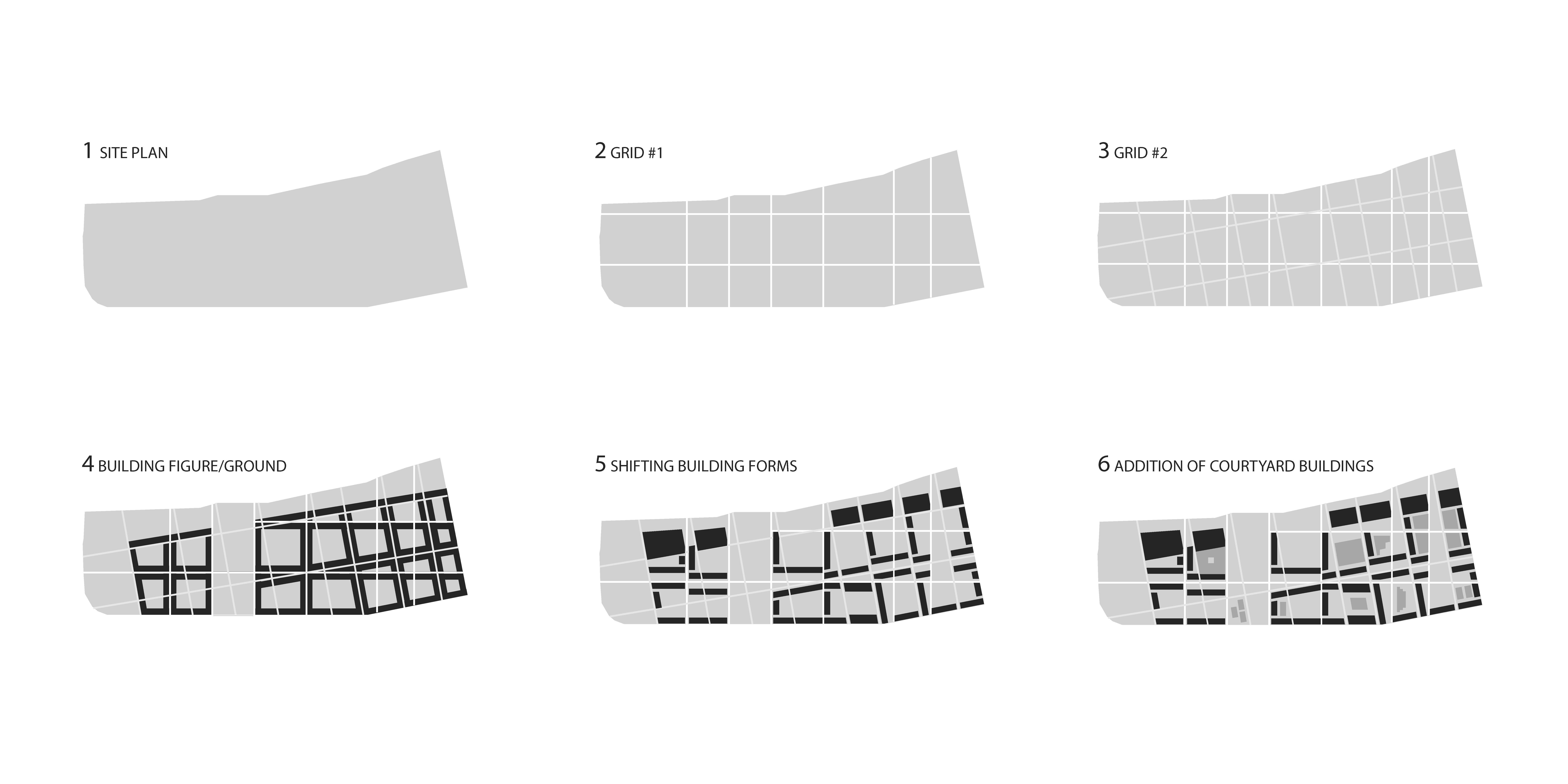 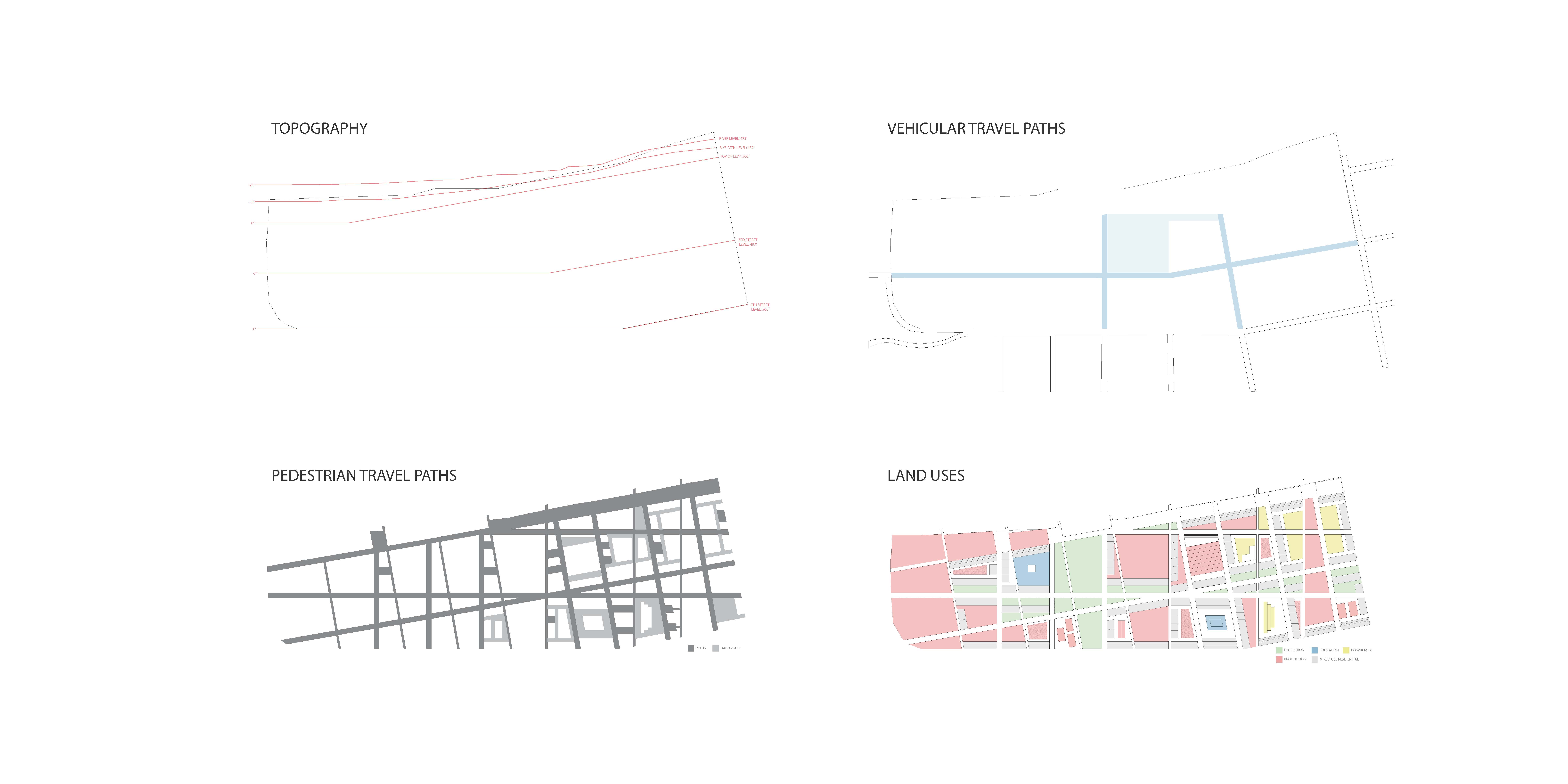 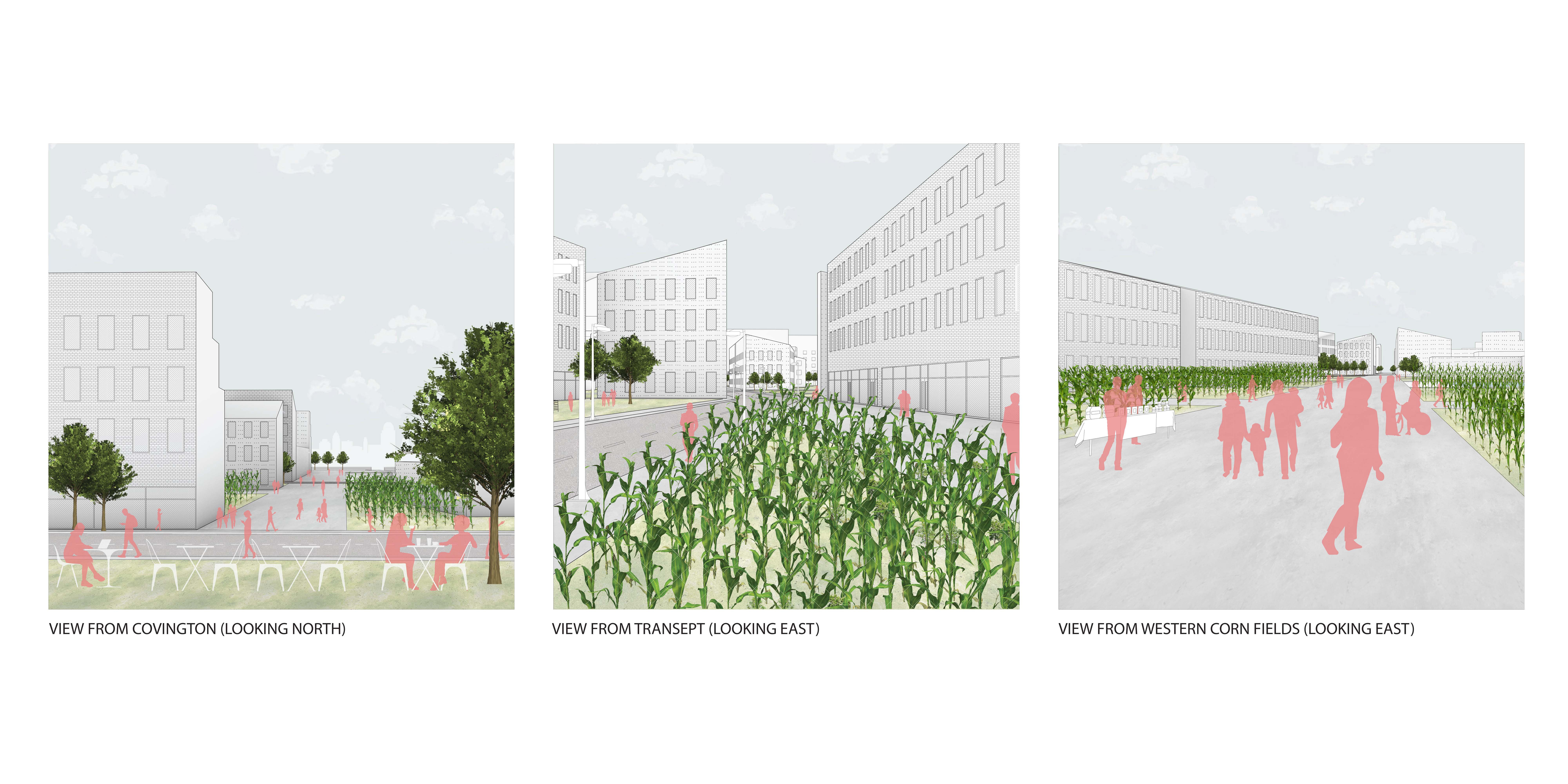 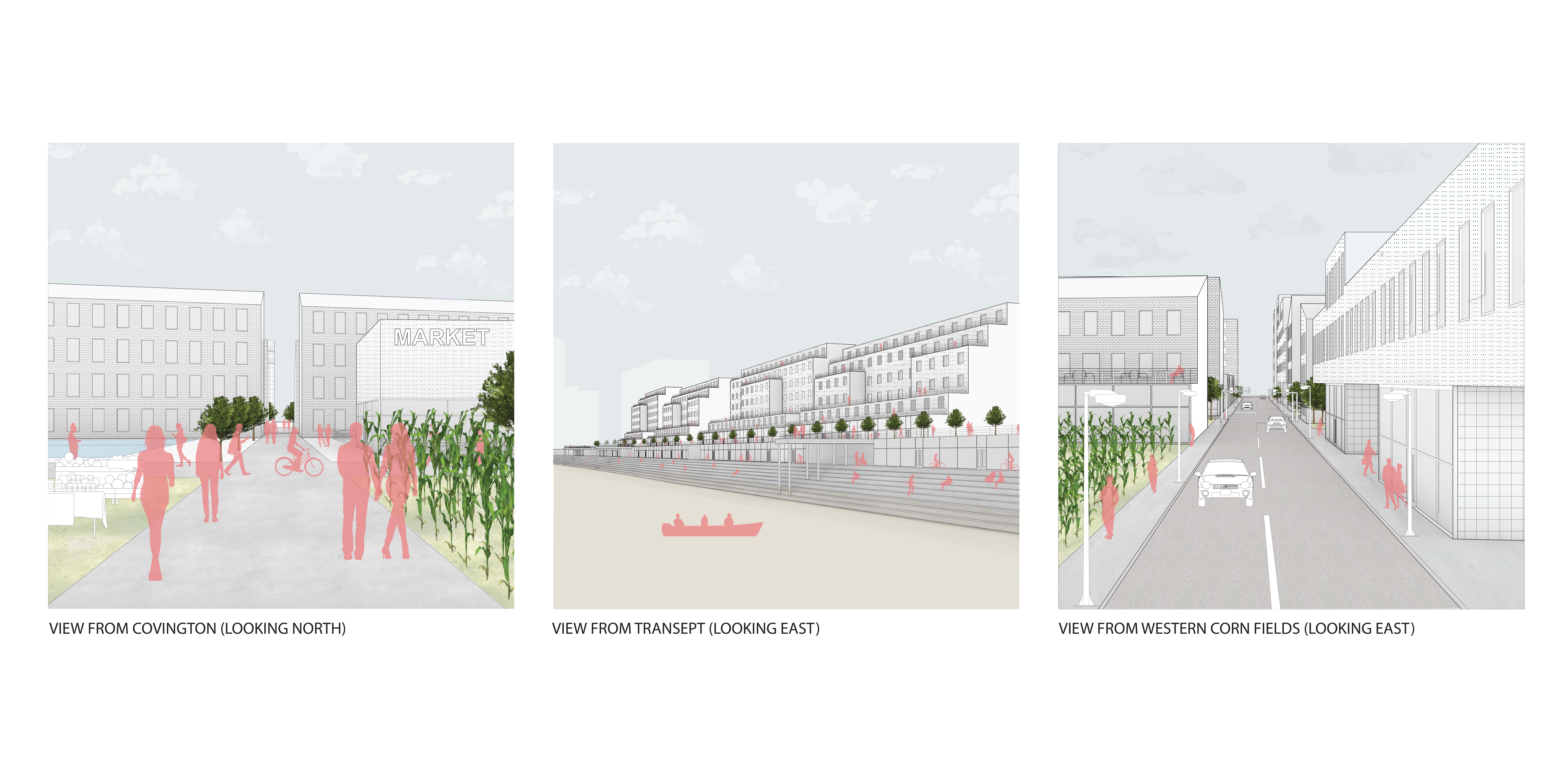 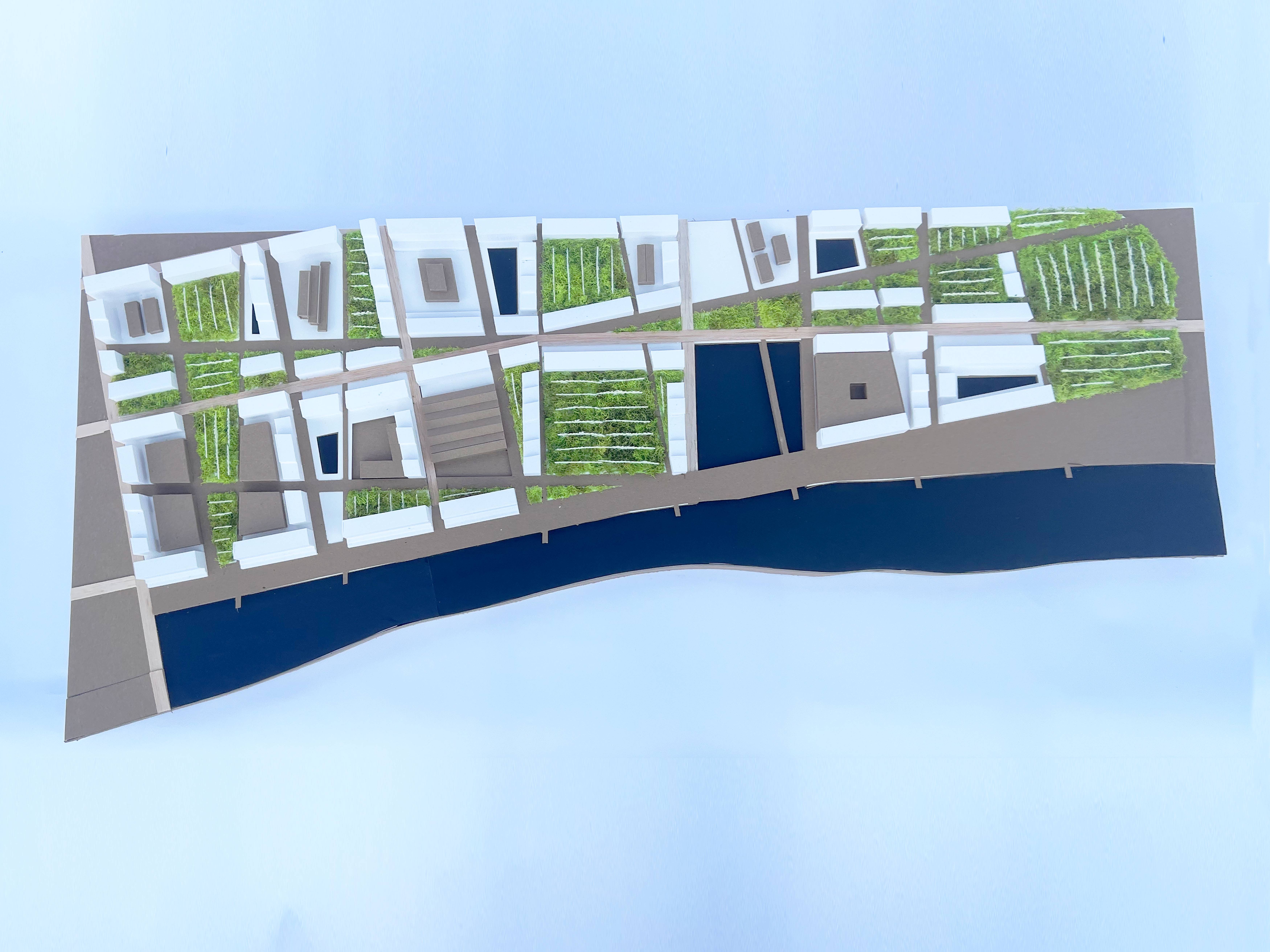 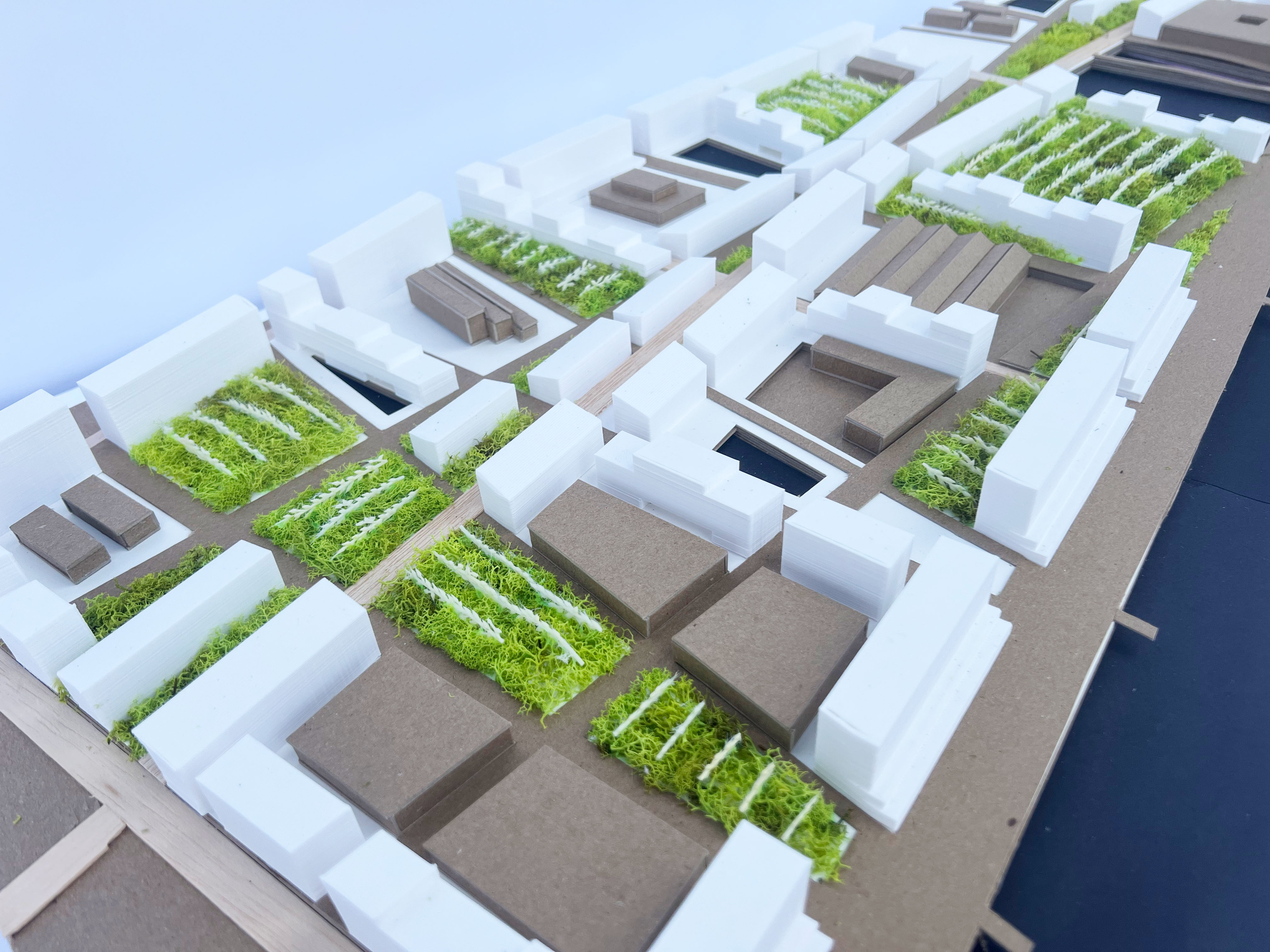 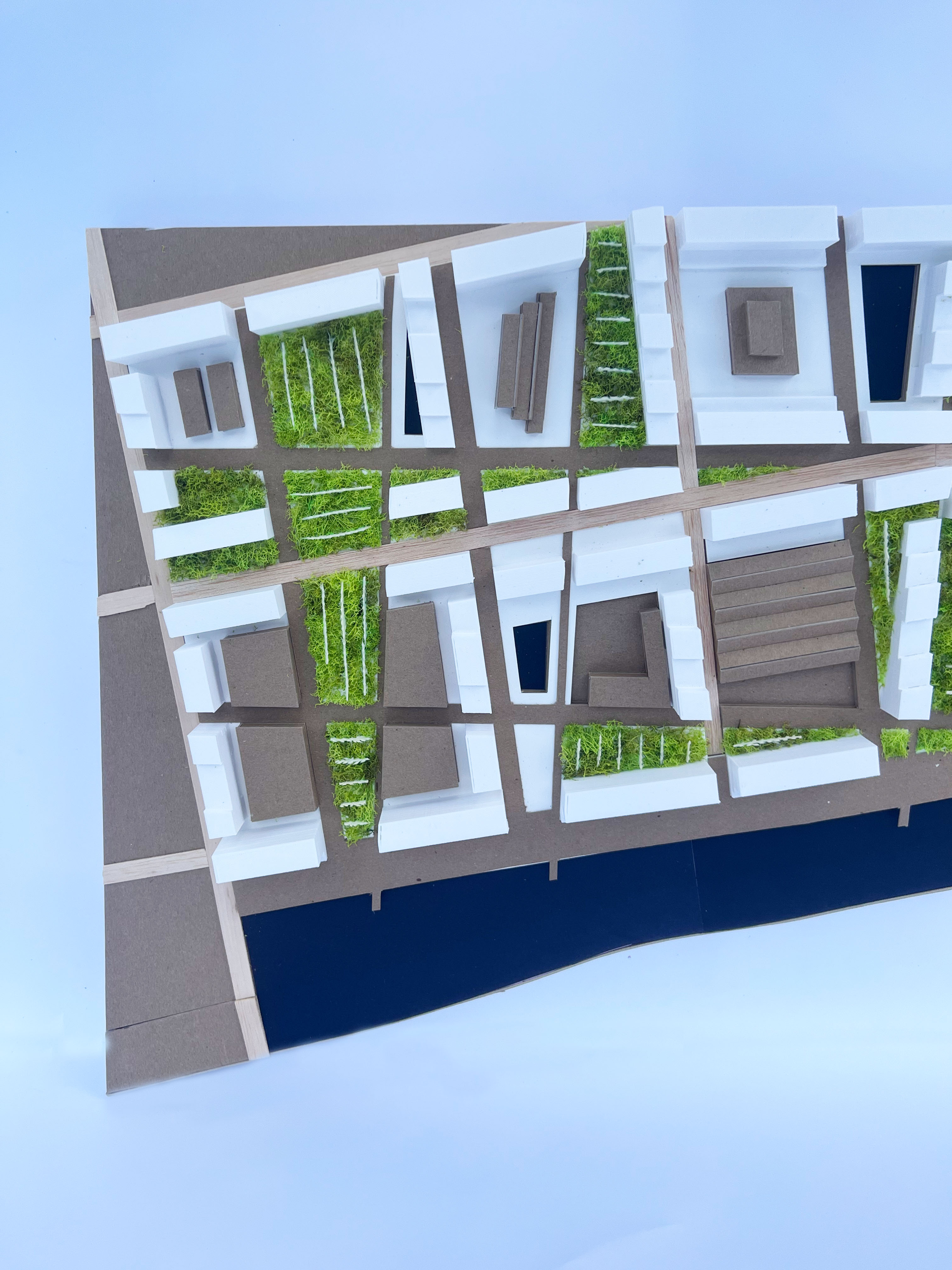 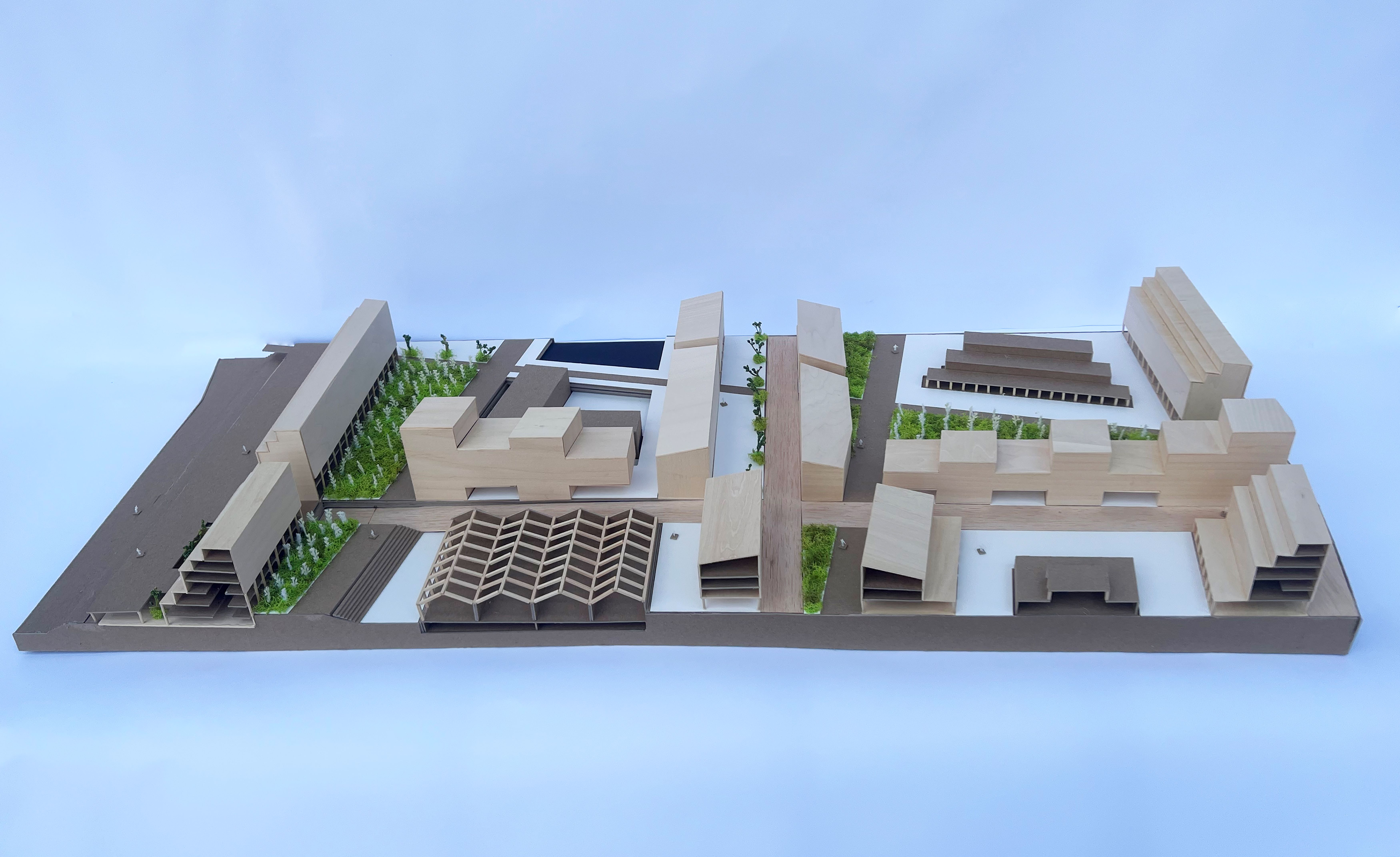 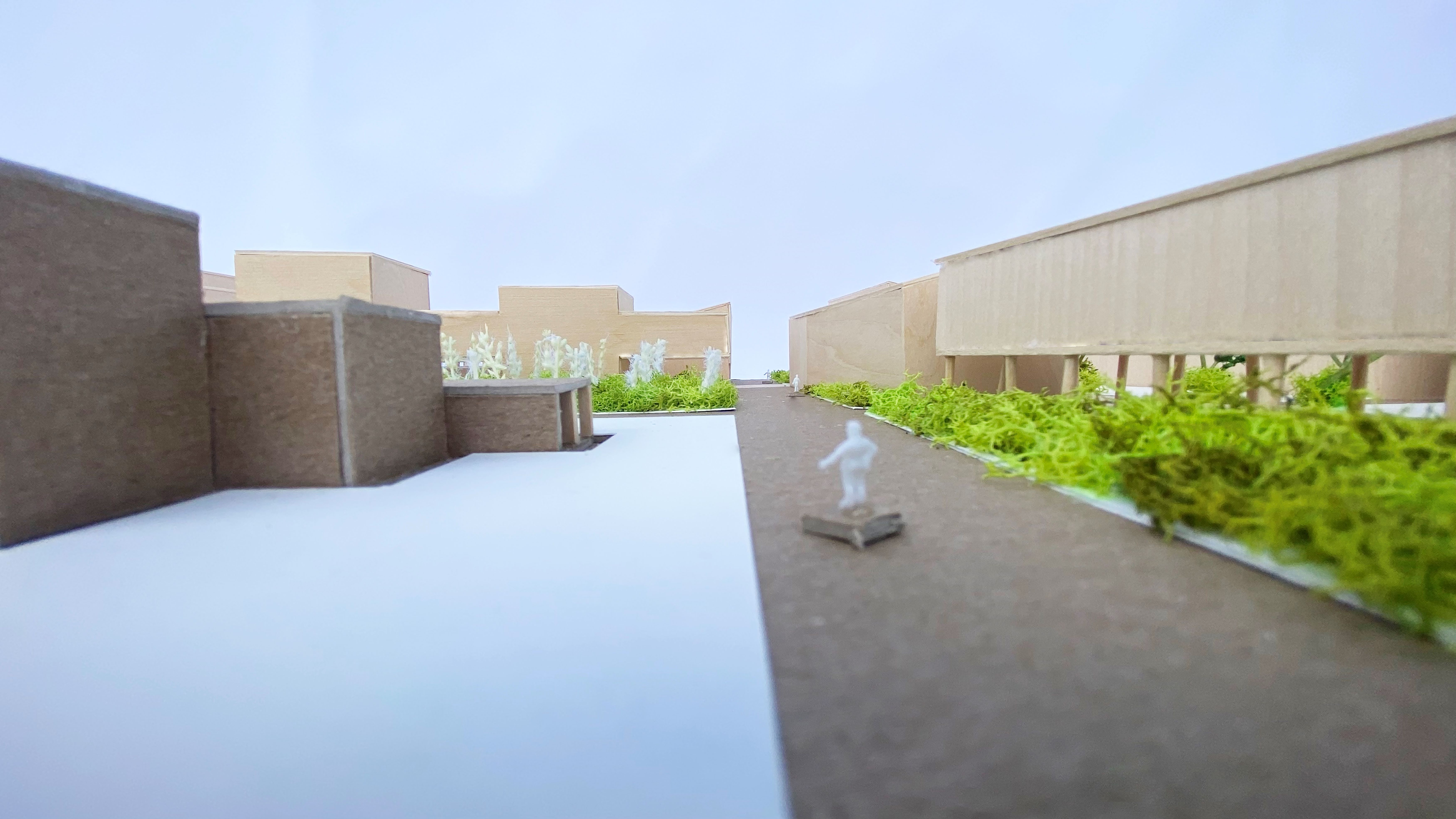 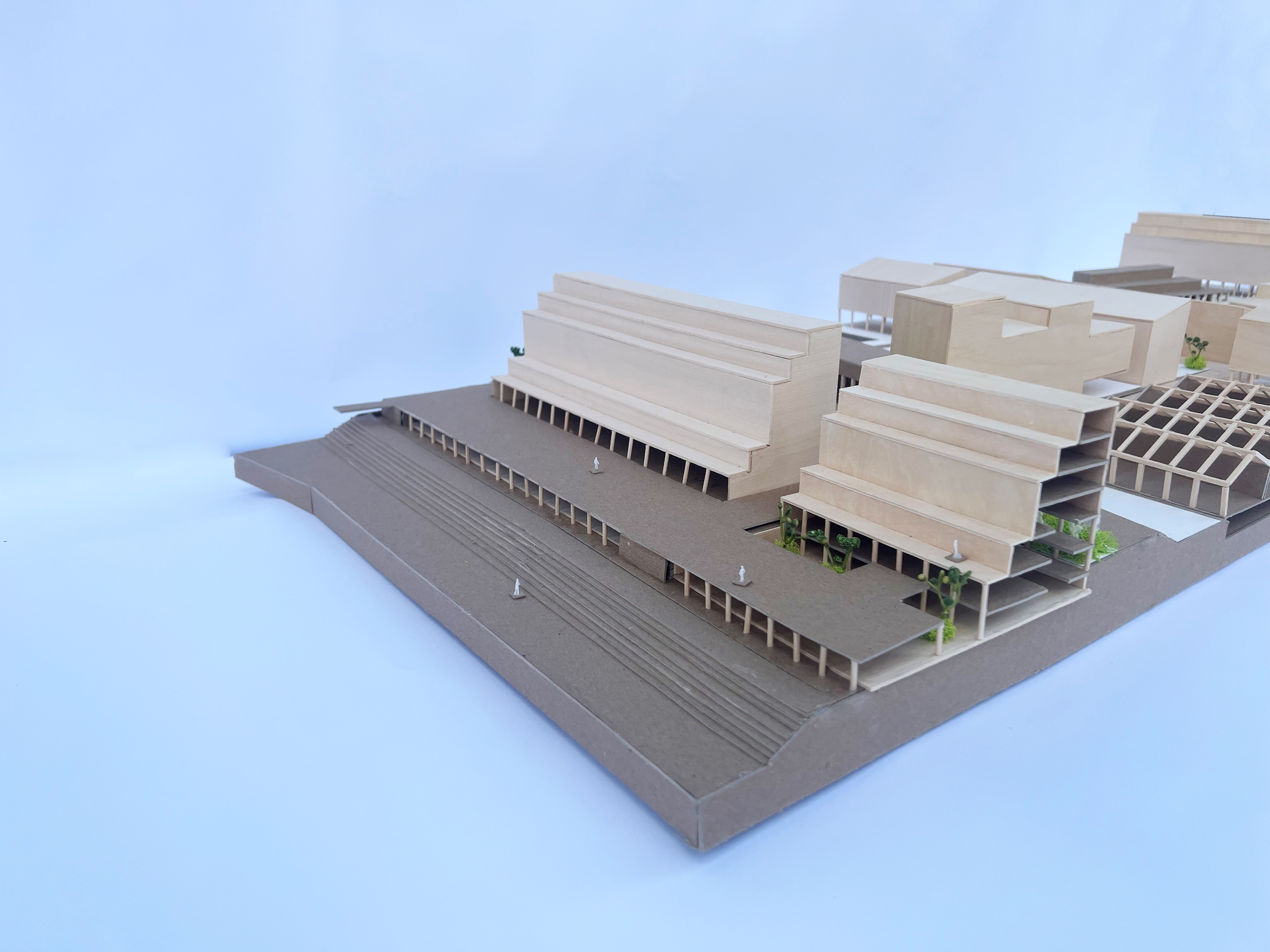 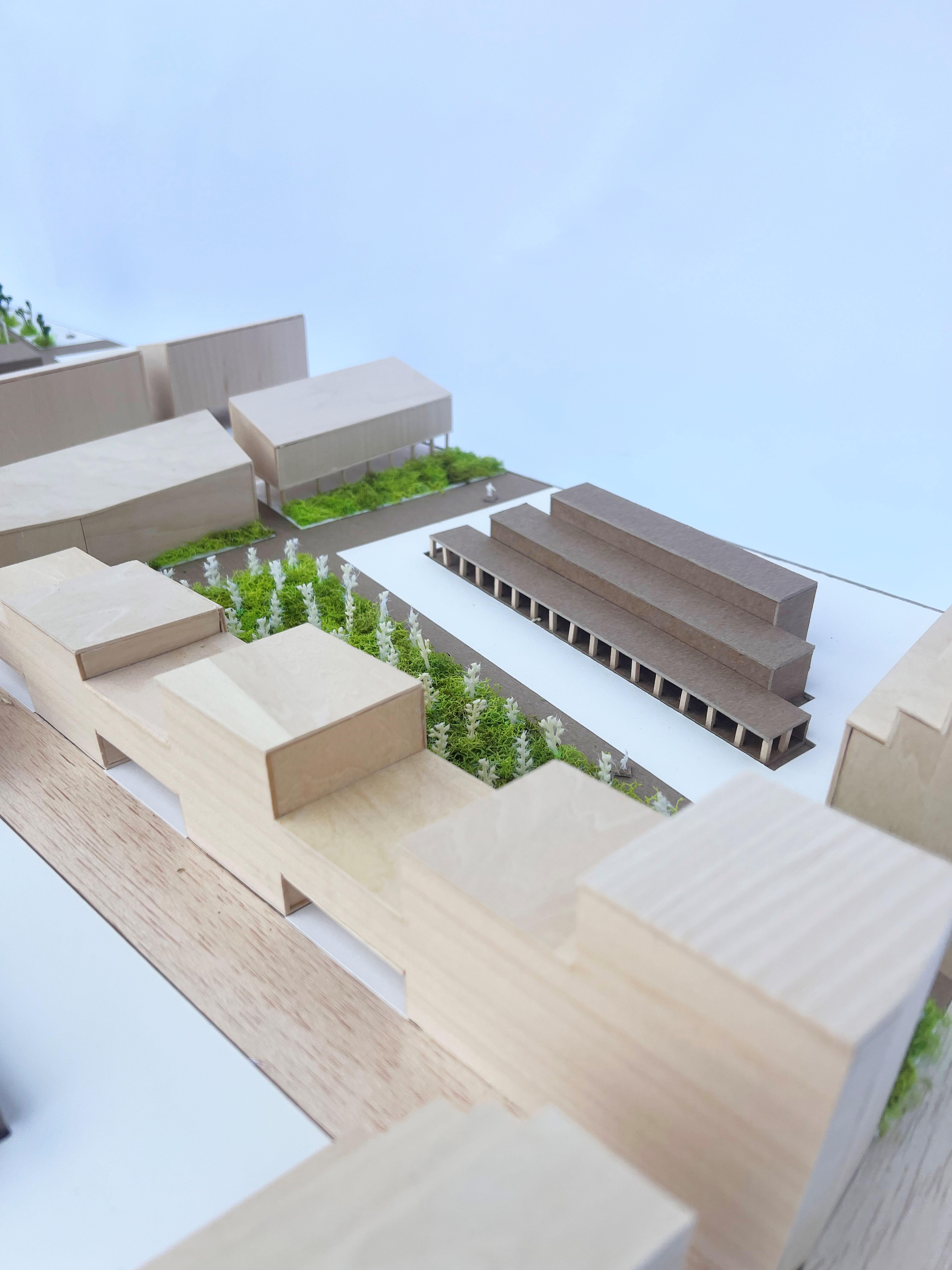