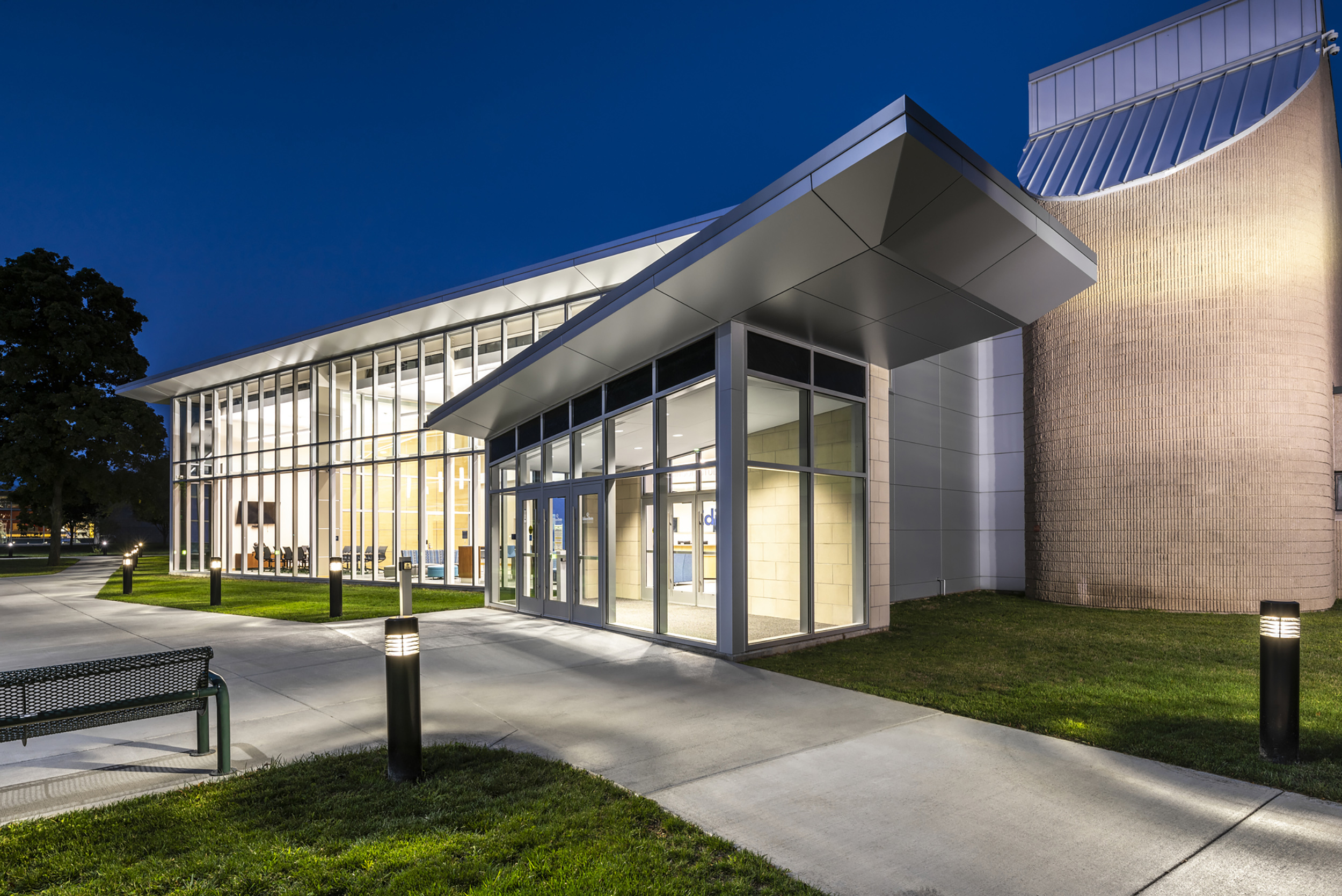 Edison State Community College commissioned a significant addition to the original campus building, to accommodate a new Career Center that would functionally and visually re-establish West Hall as the primary beginning point for the campus experience. While West Hall has traditionally been the ‘front door’ for student and visitor access and the college’s administration, the contemporary aesthetics of newer adjacent buildings altered the visual dynamic such that it had become difficult to recognize West Hall as the front door it was intended to be.

The material and form of the addition captures the attention of students and visitors as it works with the existing façade to create visual tension between the new and old. Where the existing façade had been opaque and visually heavy, rendered entirely in concrete and expressing the long, unbroken, horizontal lines; the addition develops a transparent glass façade that continues the original horizontal lines but the verticals of the glass façade become the dominant expression. In the evenings the light through the glass offers visitors guidance and a sense of security. The addition runs at an angle to the original building directing the eye to the main entry.

Inside, the space opens up into a light-filled, two-story volume where light and form move freely in the space. The forms of the new offices and conference rooms transgress the line of the old façade, knitting the spaces together. Rooted in tradition but looking to the future, this project ensures that the Robinson Student Career Center will be a place for new beginnings. 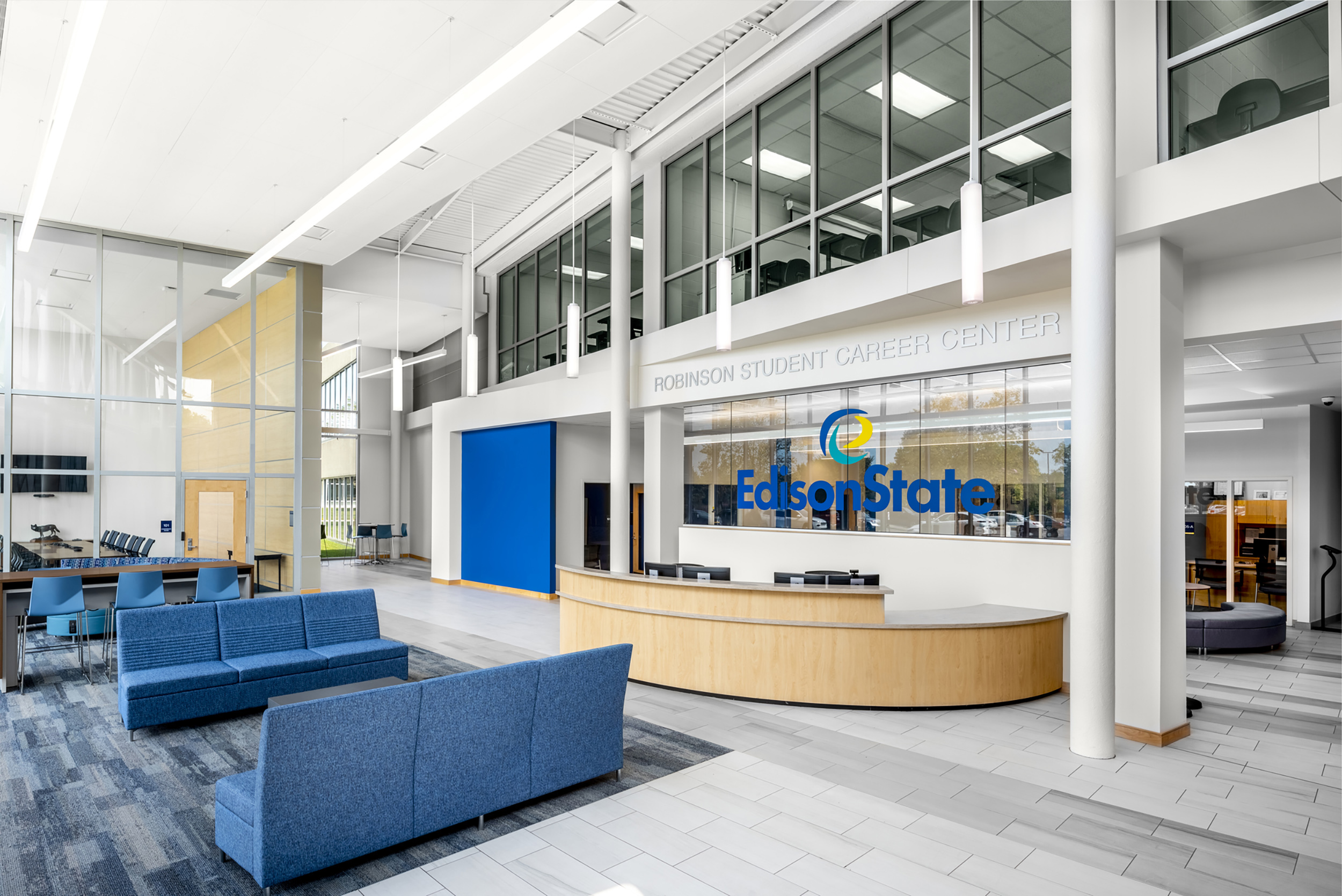 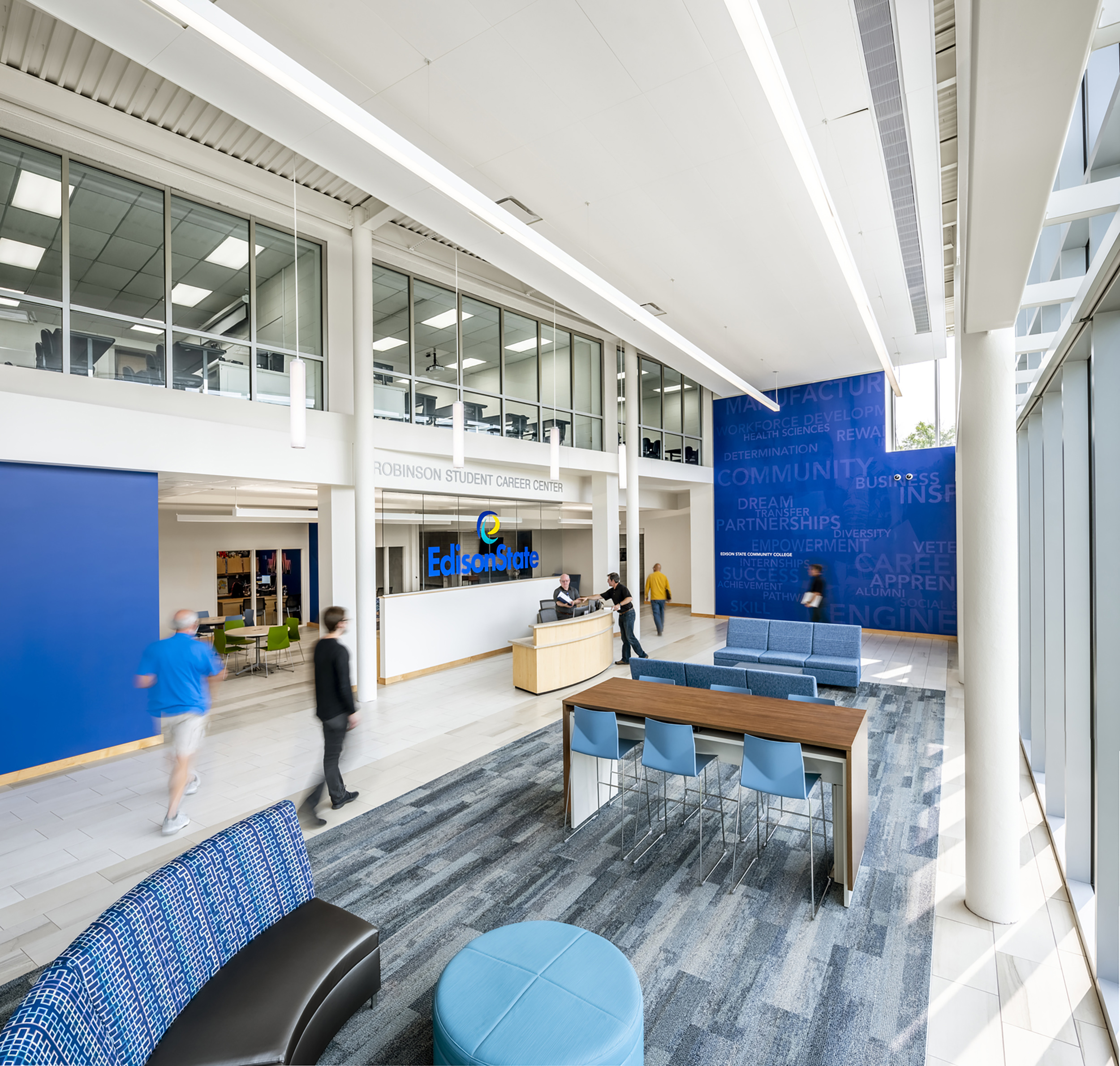 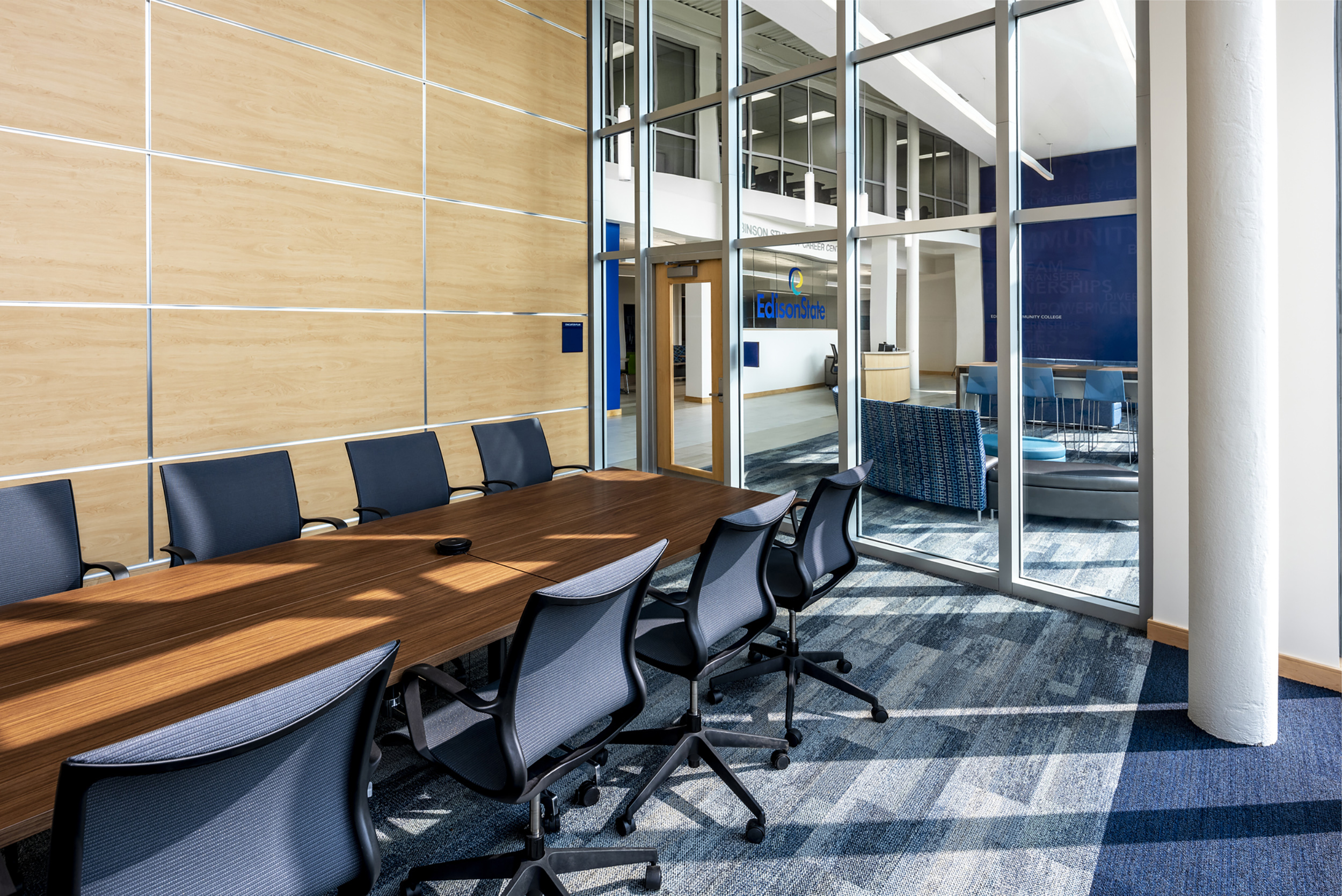 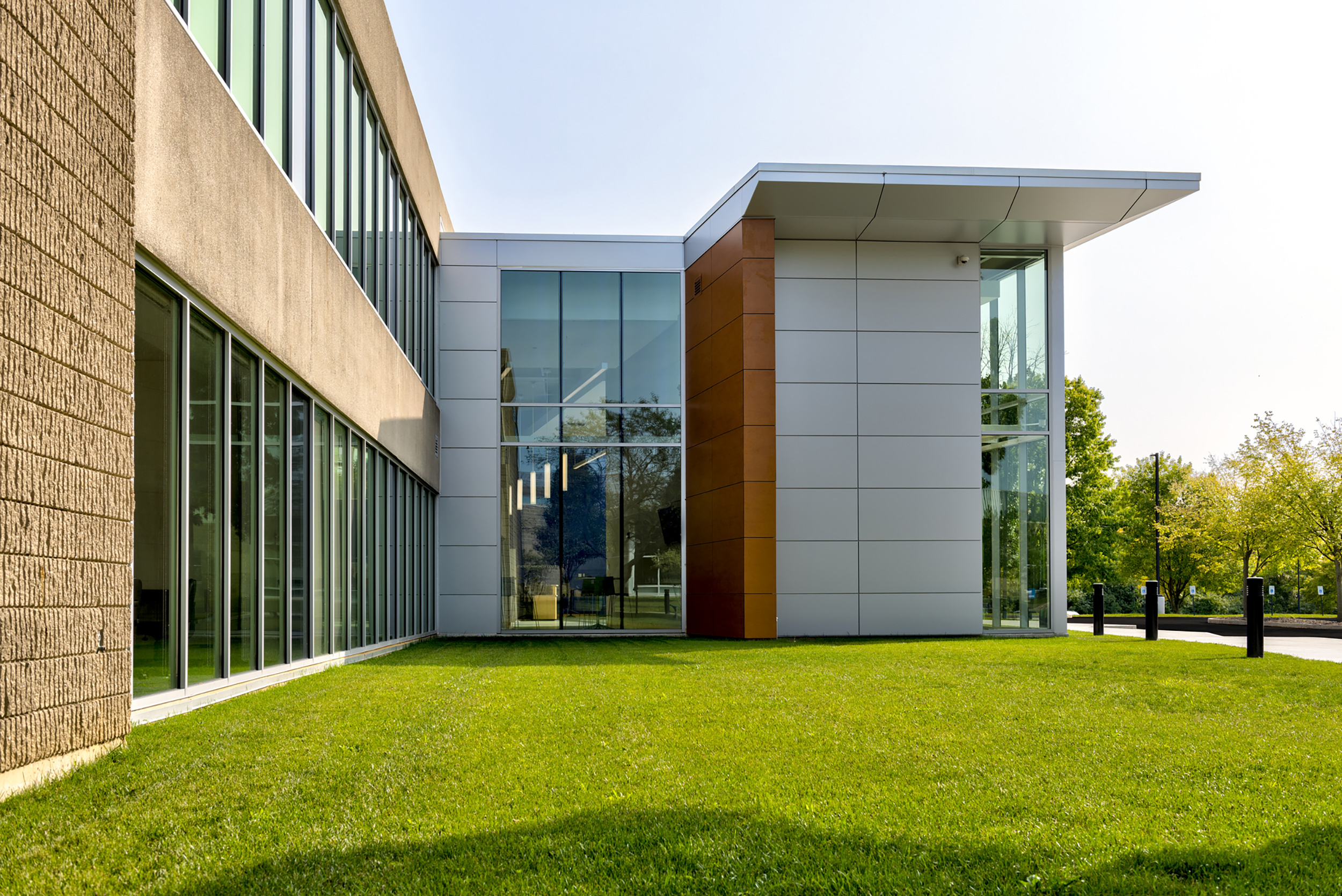 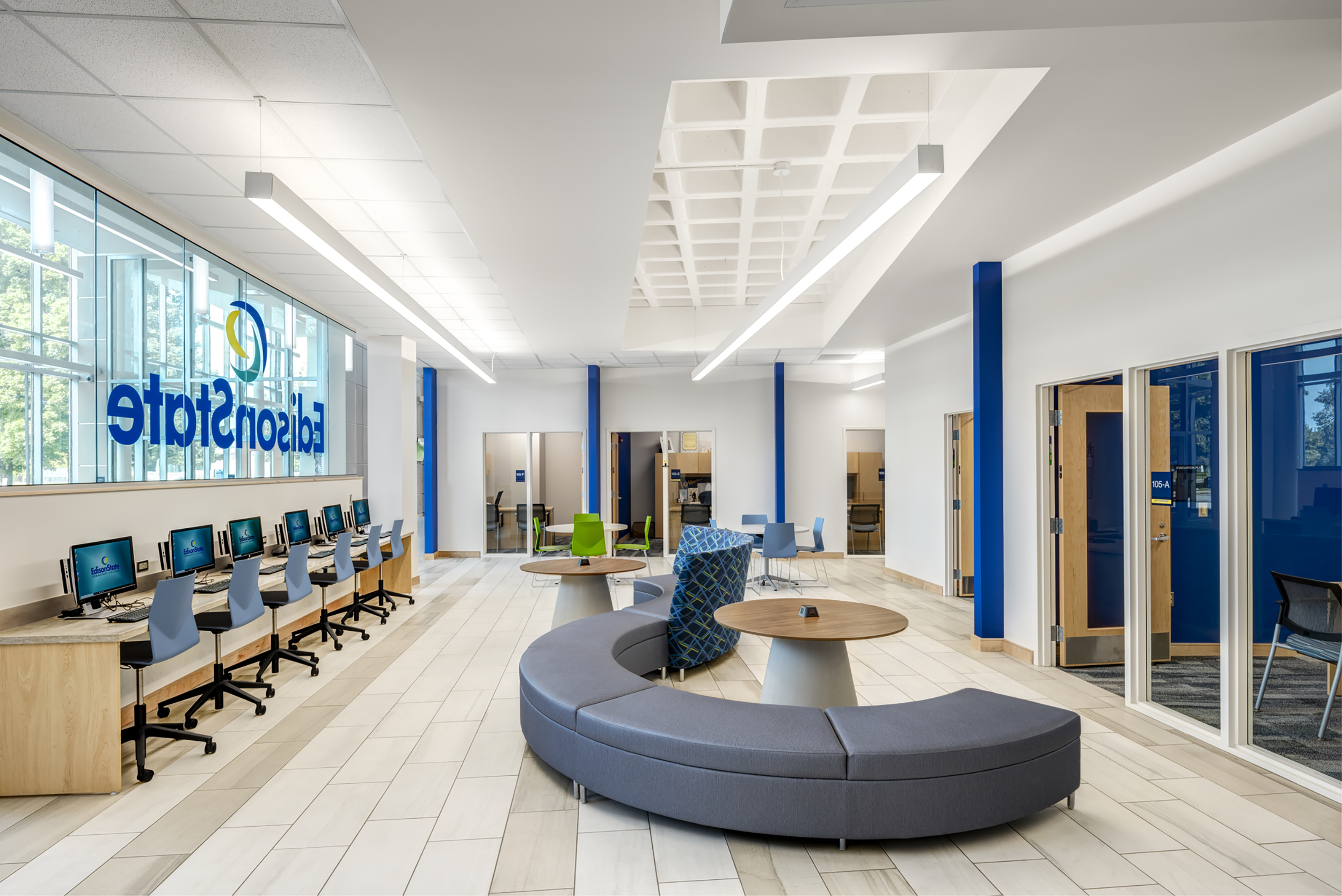 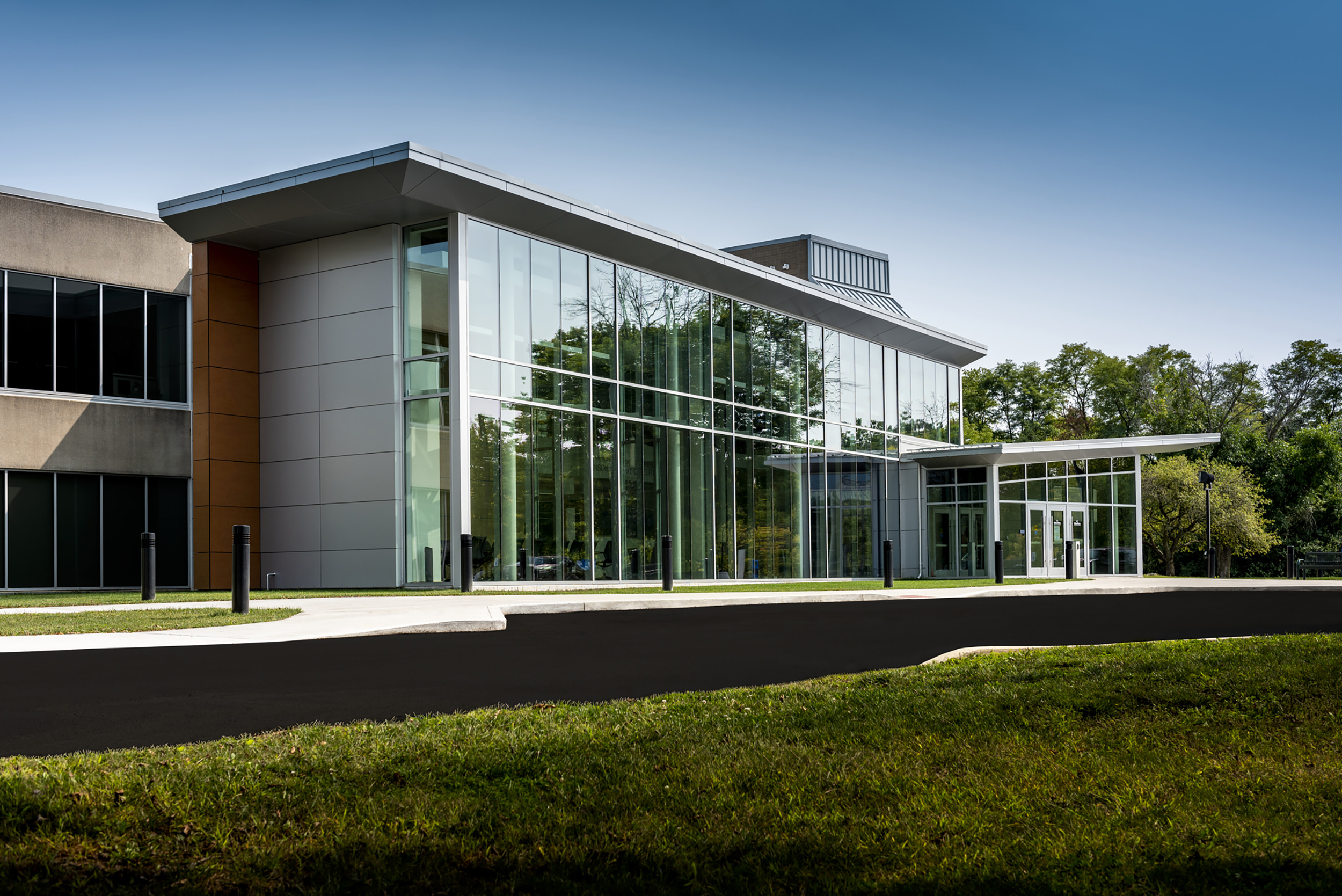 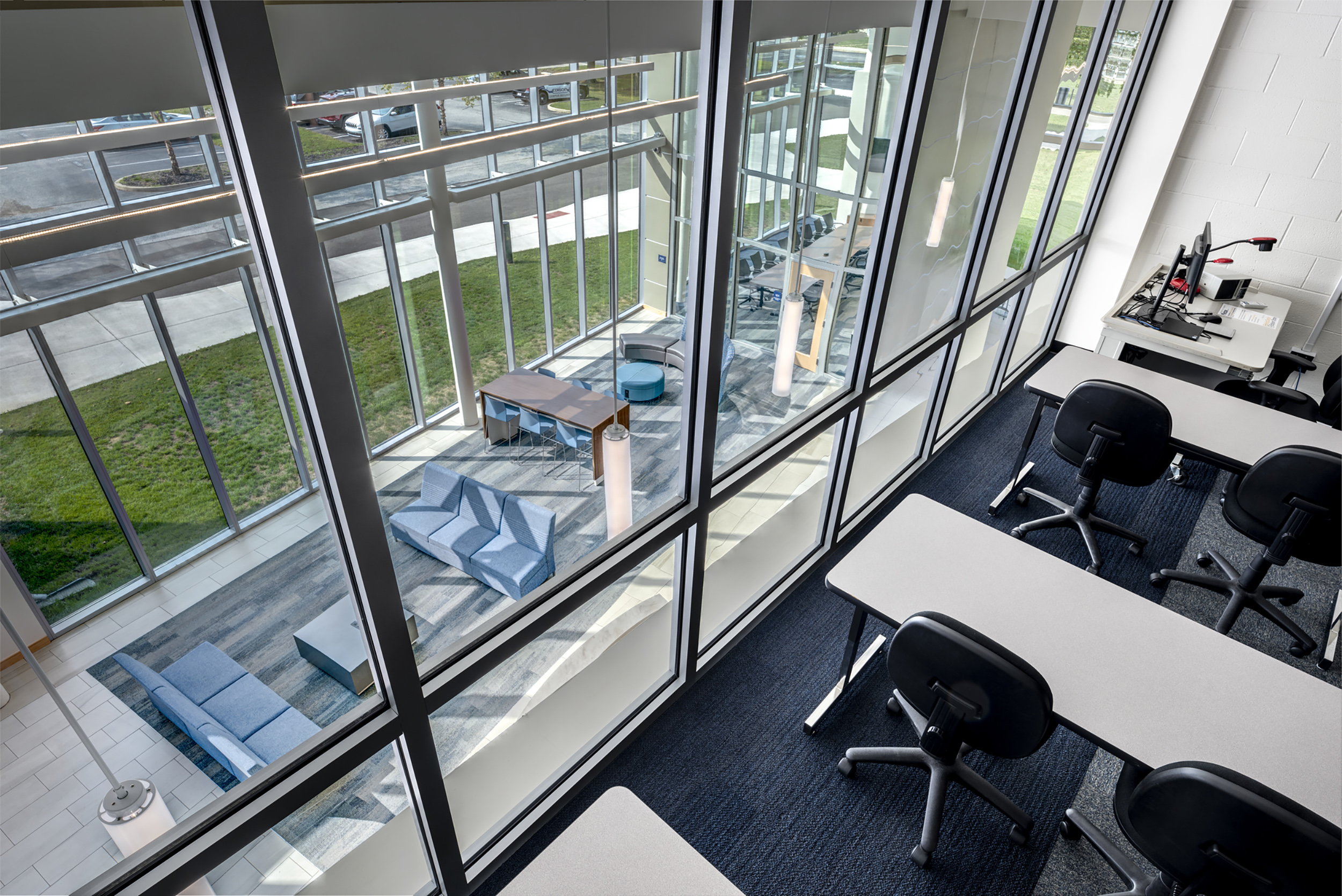 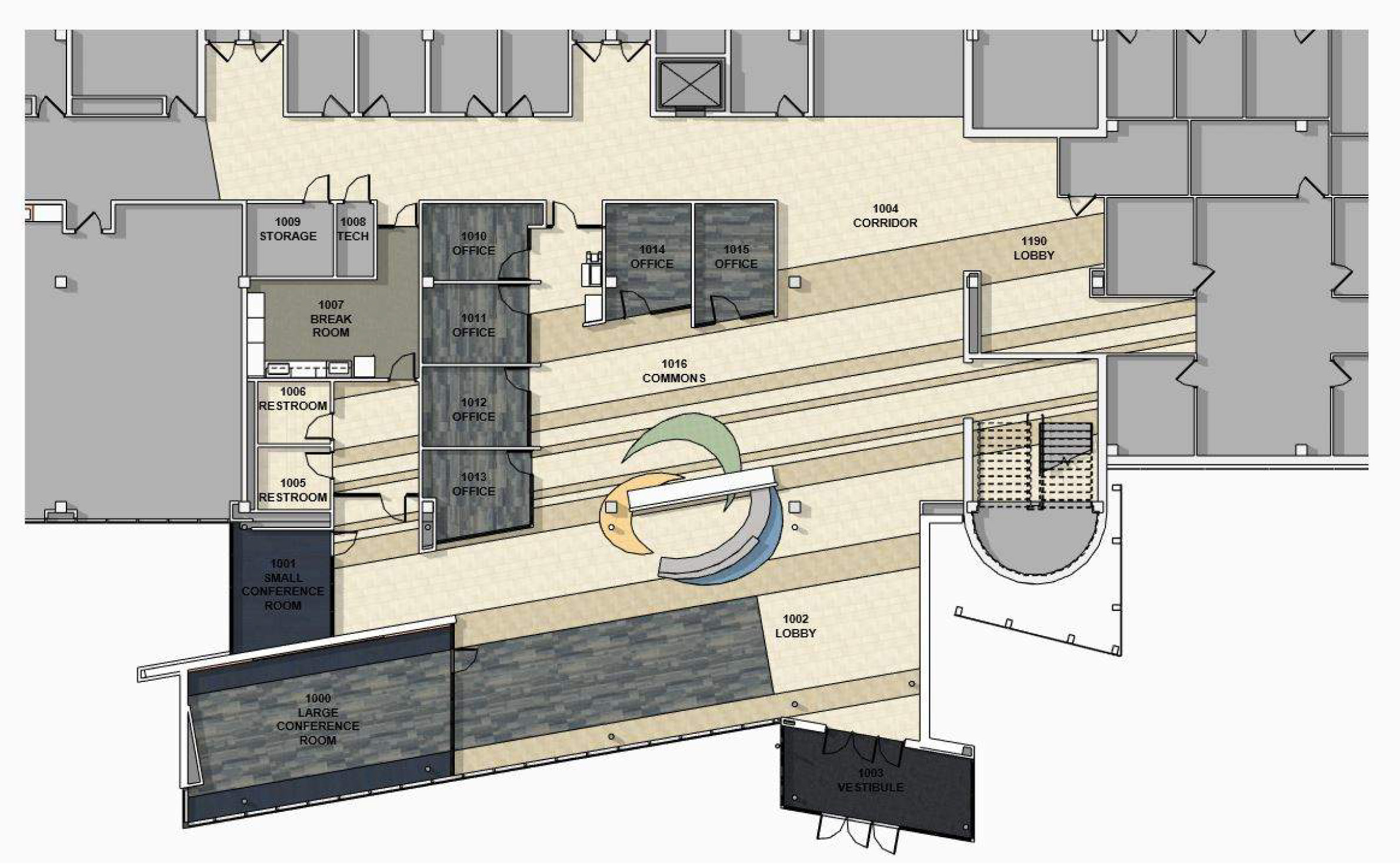