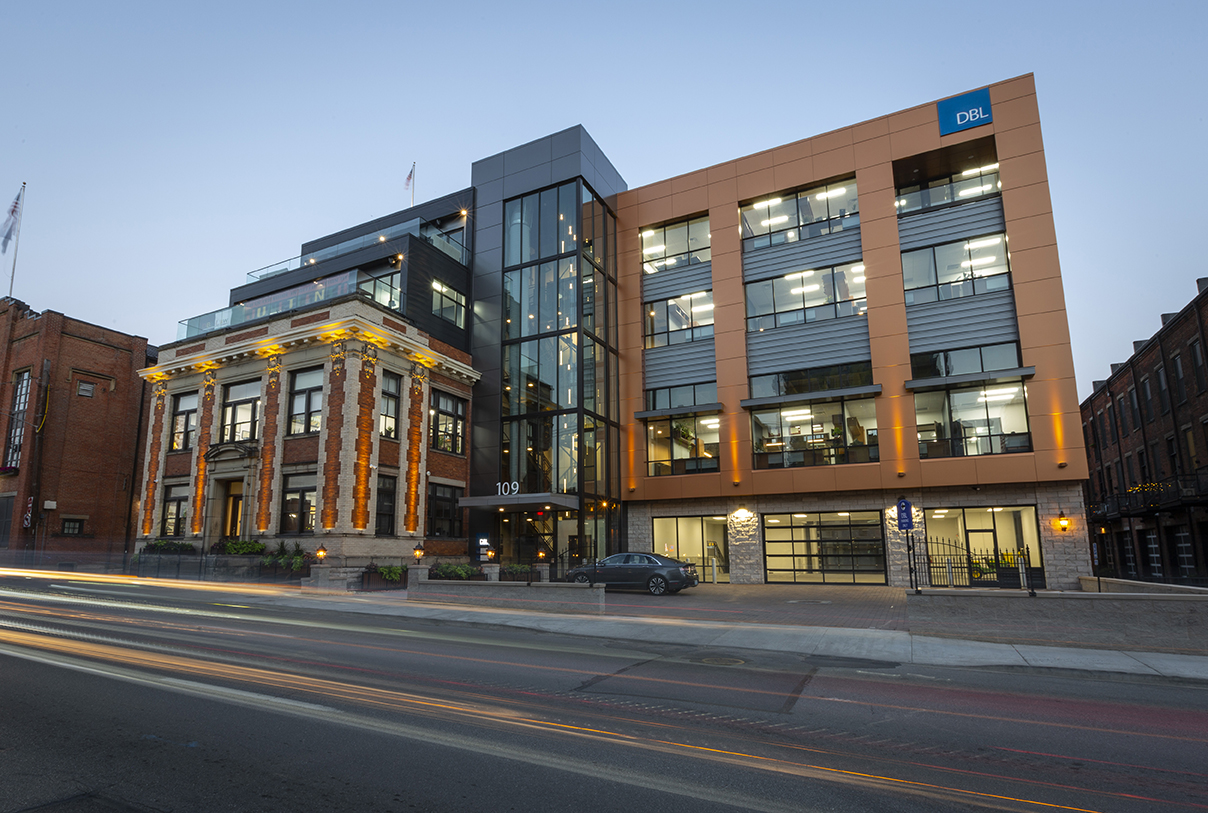 The Monarch Building, signature, modern, four-story office for DBL Law in downtown Covington consists of an existing two-story historic building upon which two new floors of office space, break area and conference rooms were added alongside a new large-scale addition. The building celebrates the site’s architectural history and vibrancy by integrating itself within the historic neighborhood.
The developer’s goal was to densify the site while respecting and accentuating the beauty and scale of the smaller existing historic building. To achieve this, the elevator tower was set back from the front façade, and pushing the four-story addition a few feet behind that created a courtyard at the front of the building. This allowed the historic building to sit predominantly within the entire composition of the site. Another goal was to create a sense of safety and security for the attorneys coming and going at all hours, by strategically placing the main entrance and parking garage together.
Carving the third and fourth floors back at the north side created roof decks that maximize the views of the historic Roebling Bridge and downtown Cincinnati. Adding a vertical circulation tower housing a glass elevator and new stair connects the floors encouraging movement and connection on the oversized landings. In the addition, a ground level parking garage and three floors of office space plus a mezzanine were added, making great use of the high floor to floor space.
The Monarch Building is an example of how good design can propel a business forward and how a well-curated building can impact not only the business that inhabits it, but also the surrounding community. This signature design has added a layer of vibrancy to the City of Covington and DBL Law’s business culture. People want to come to work in this building and clients are attracted to DBL because of their building. The energy and inertia inside this design is palpable and is a great example of the power of adaptive reuse 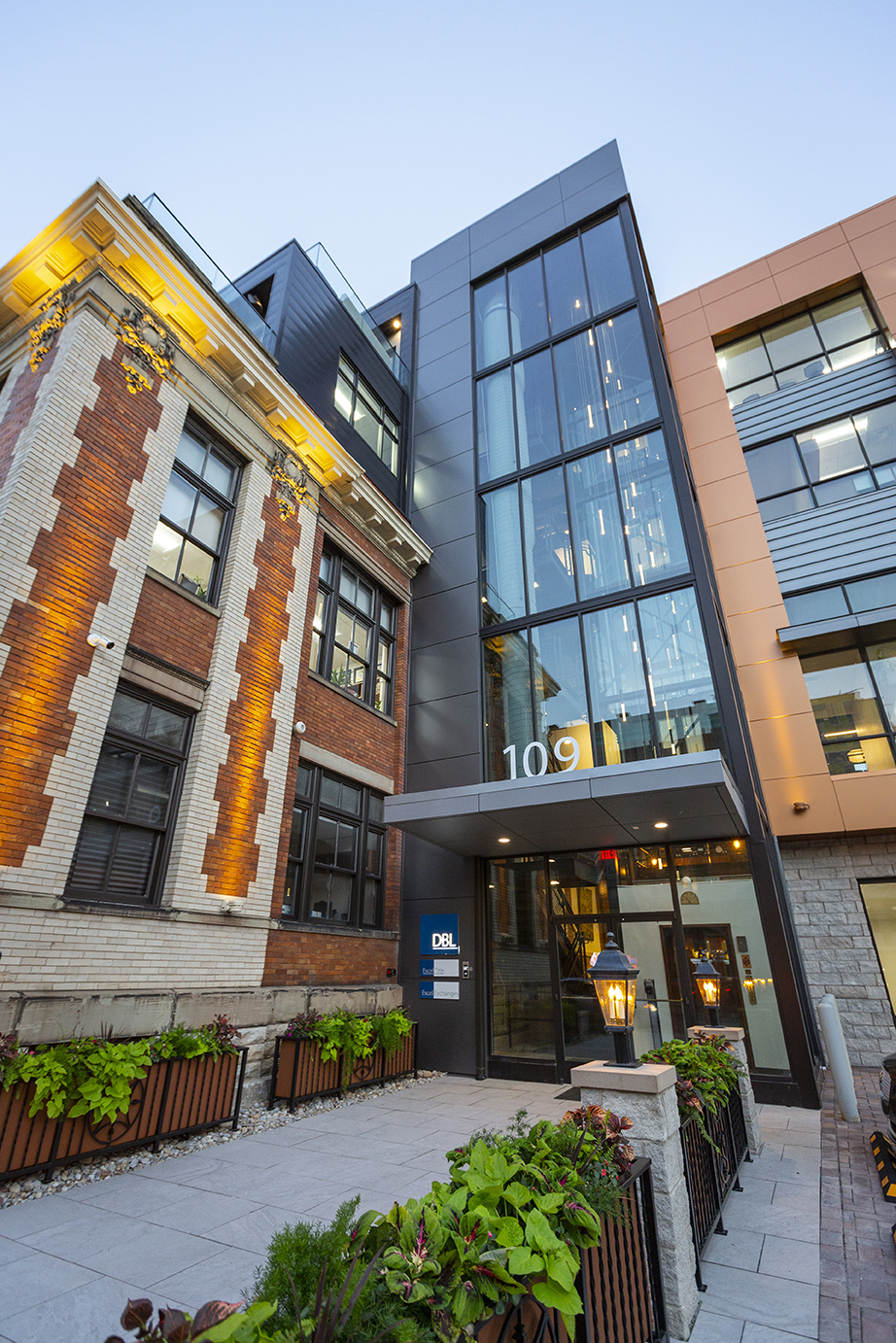 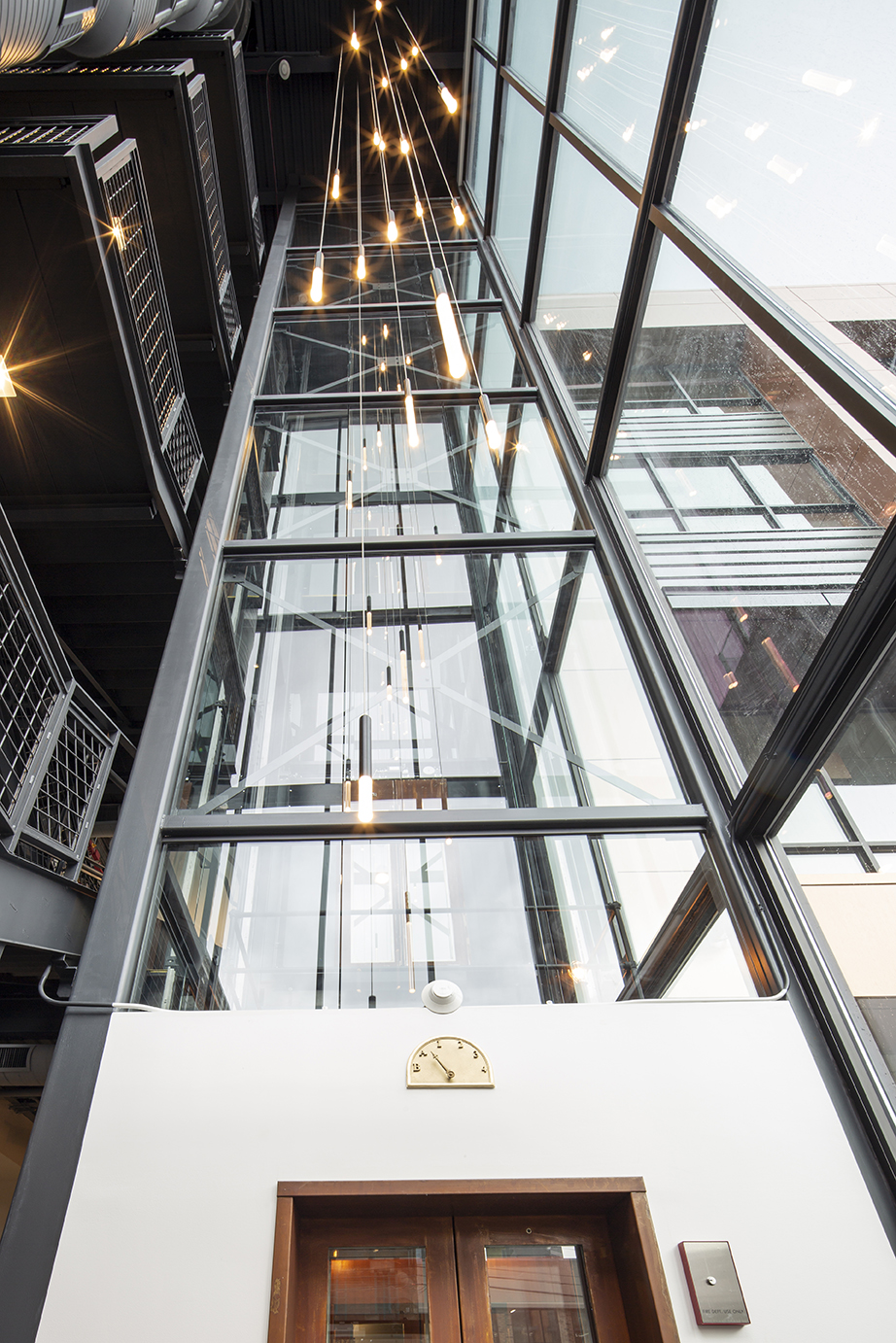 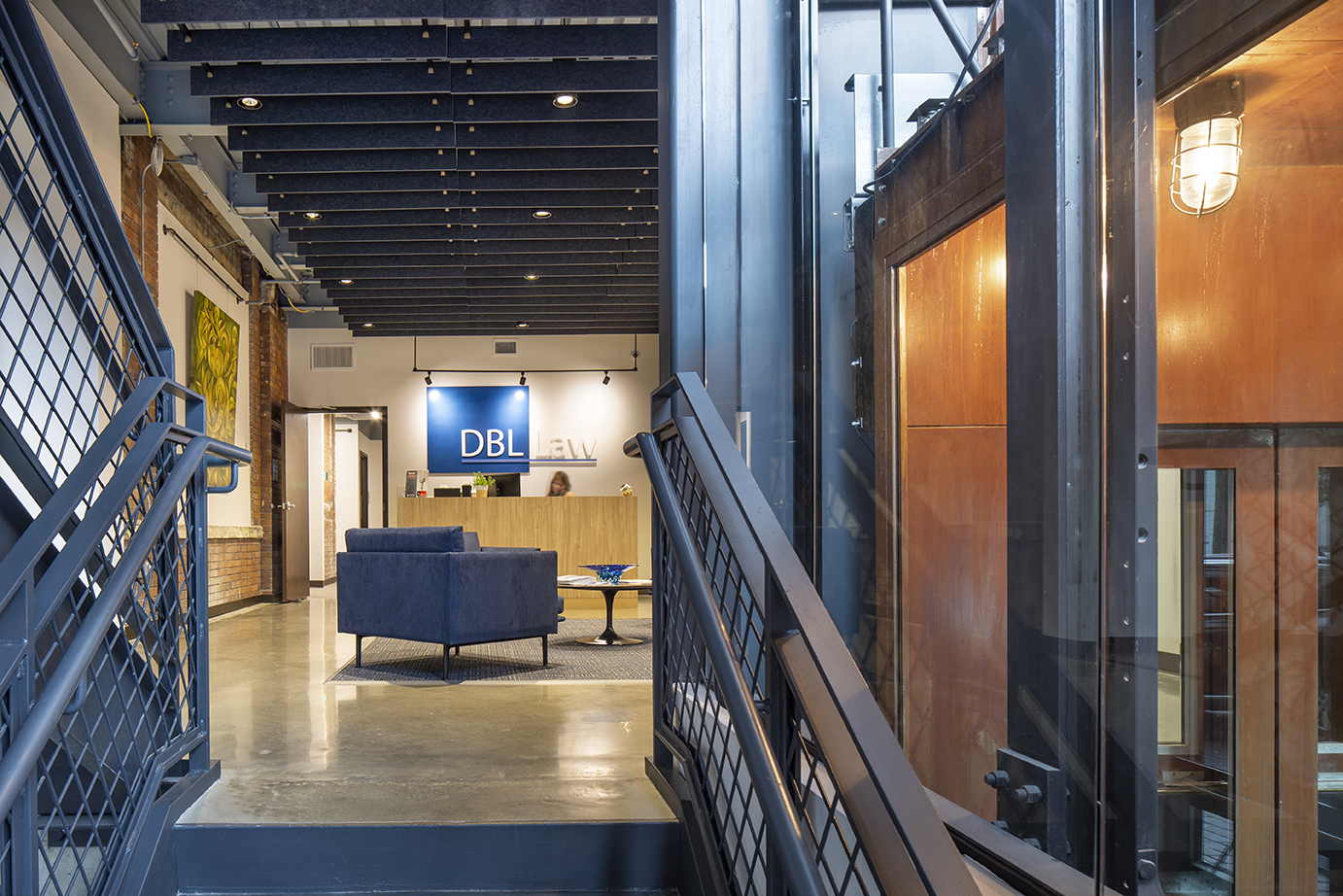 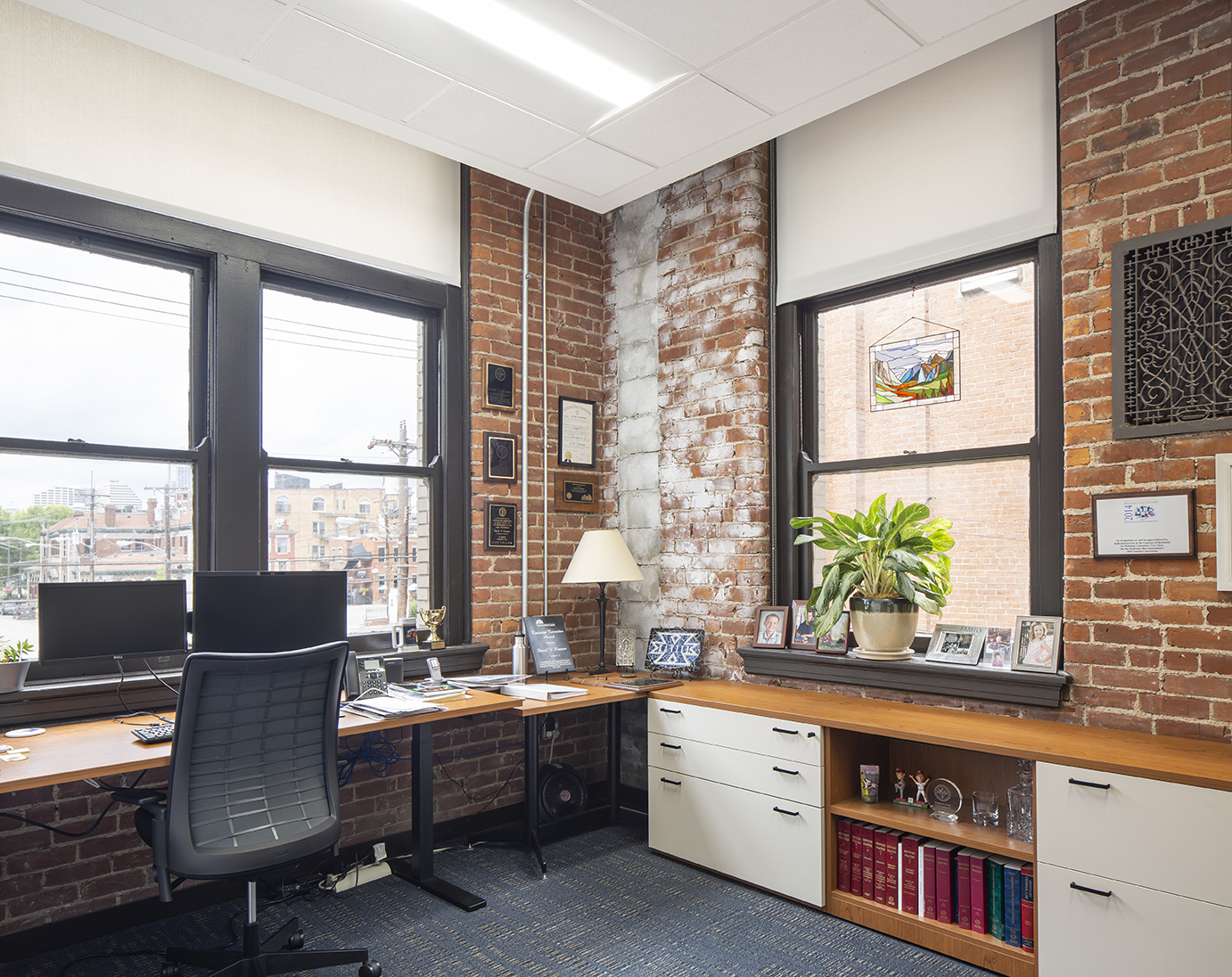 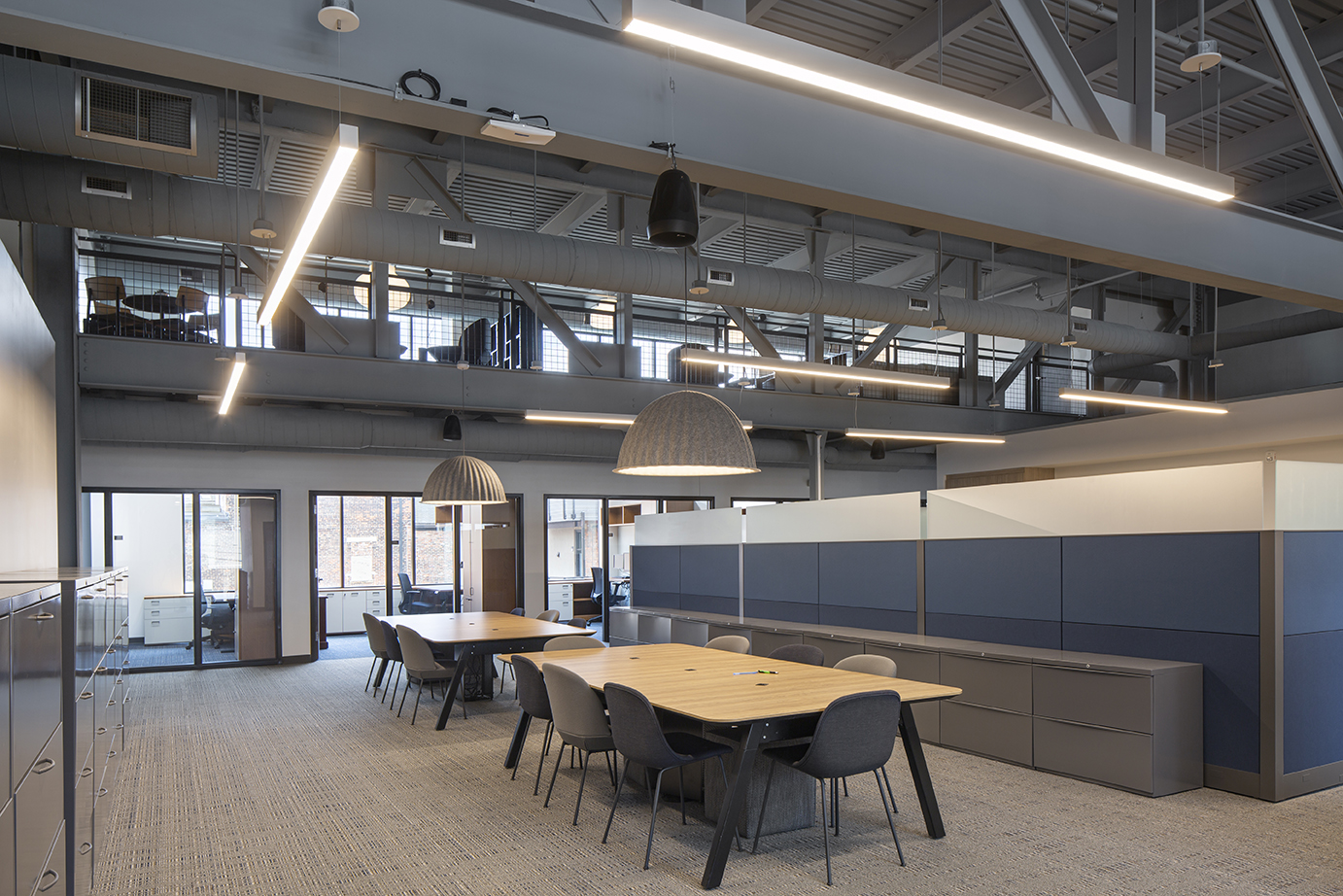 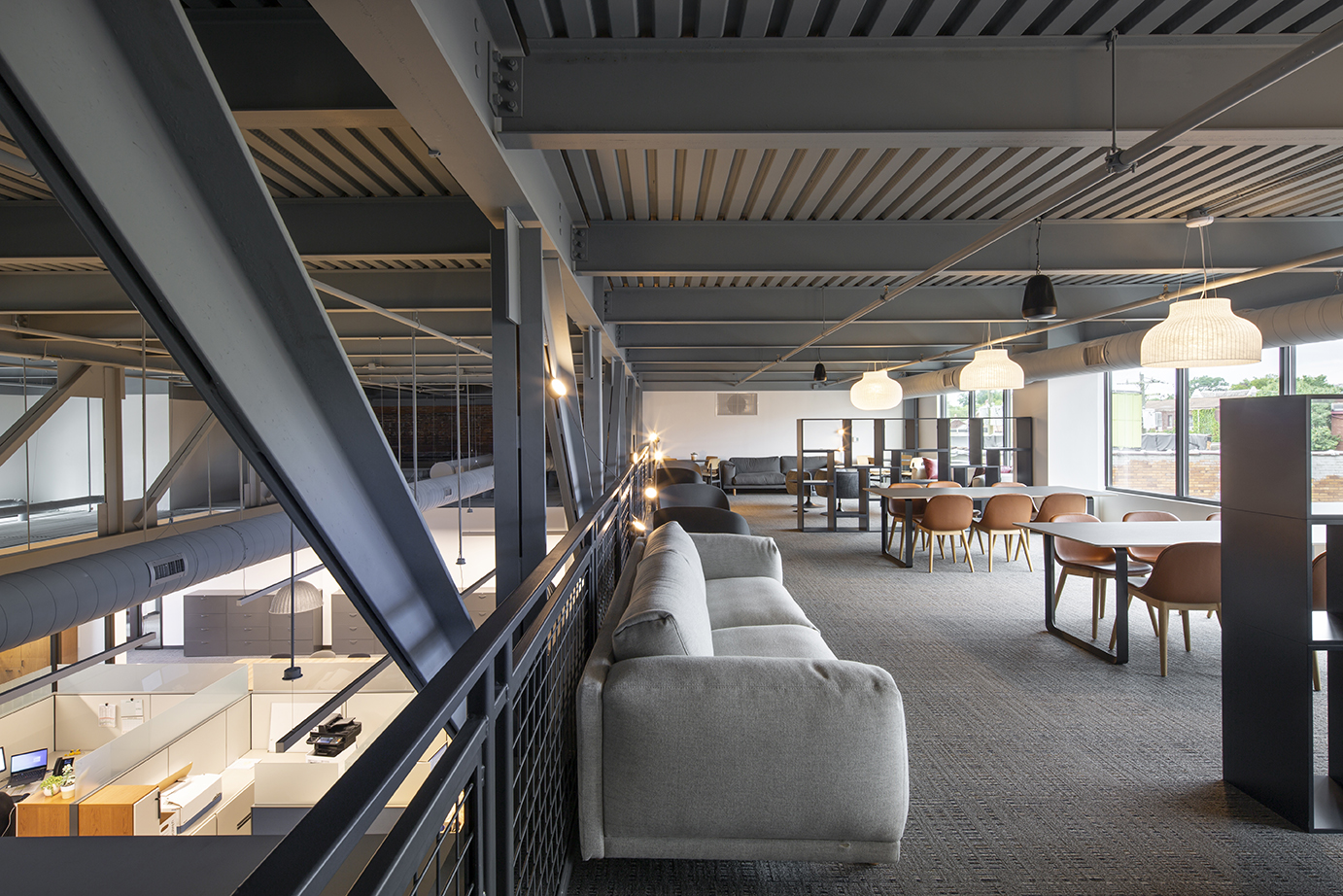 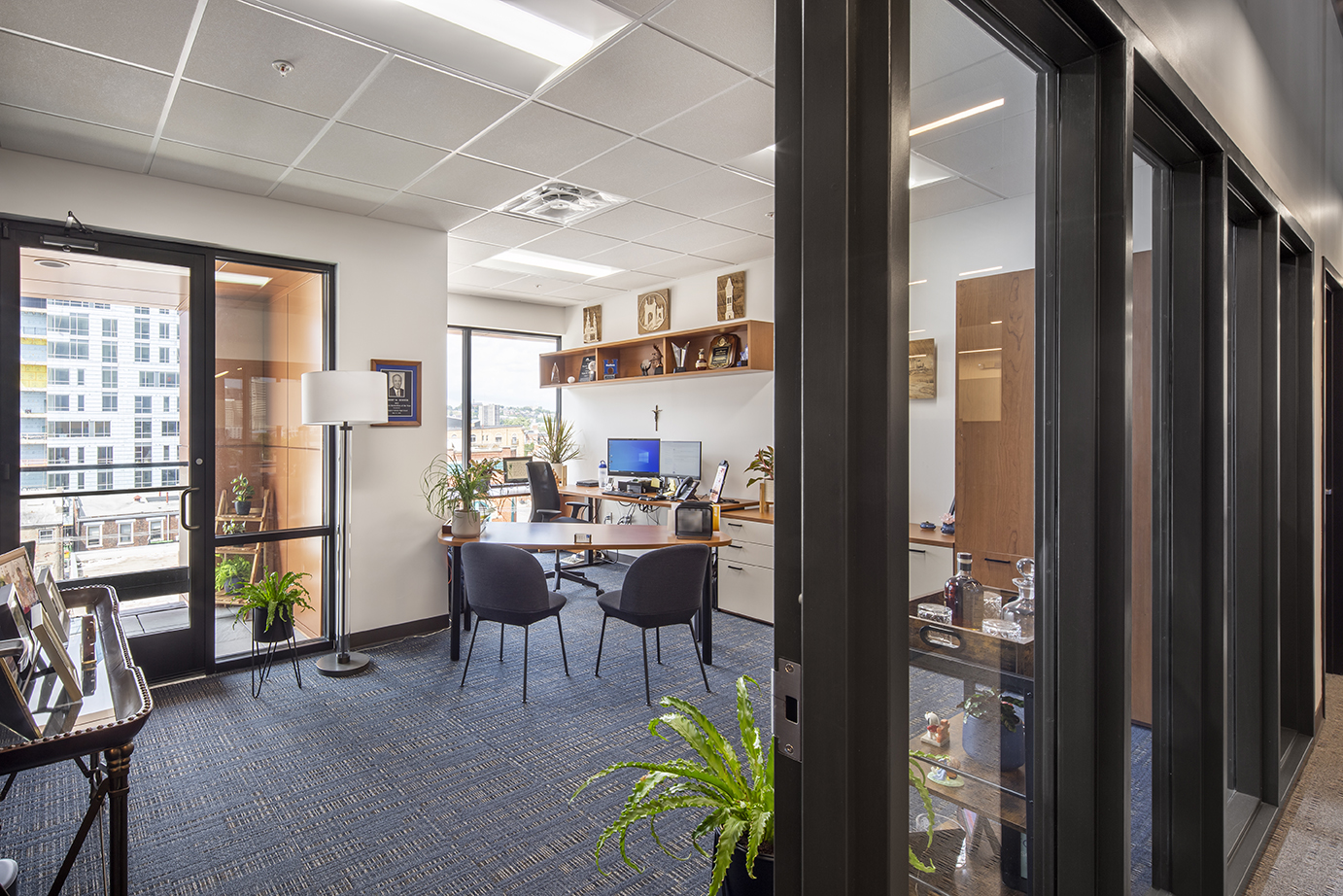 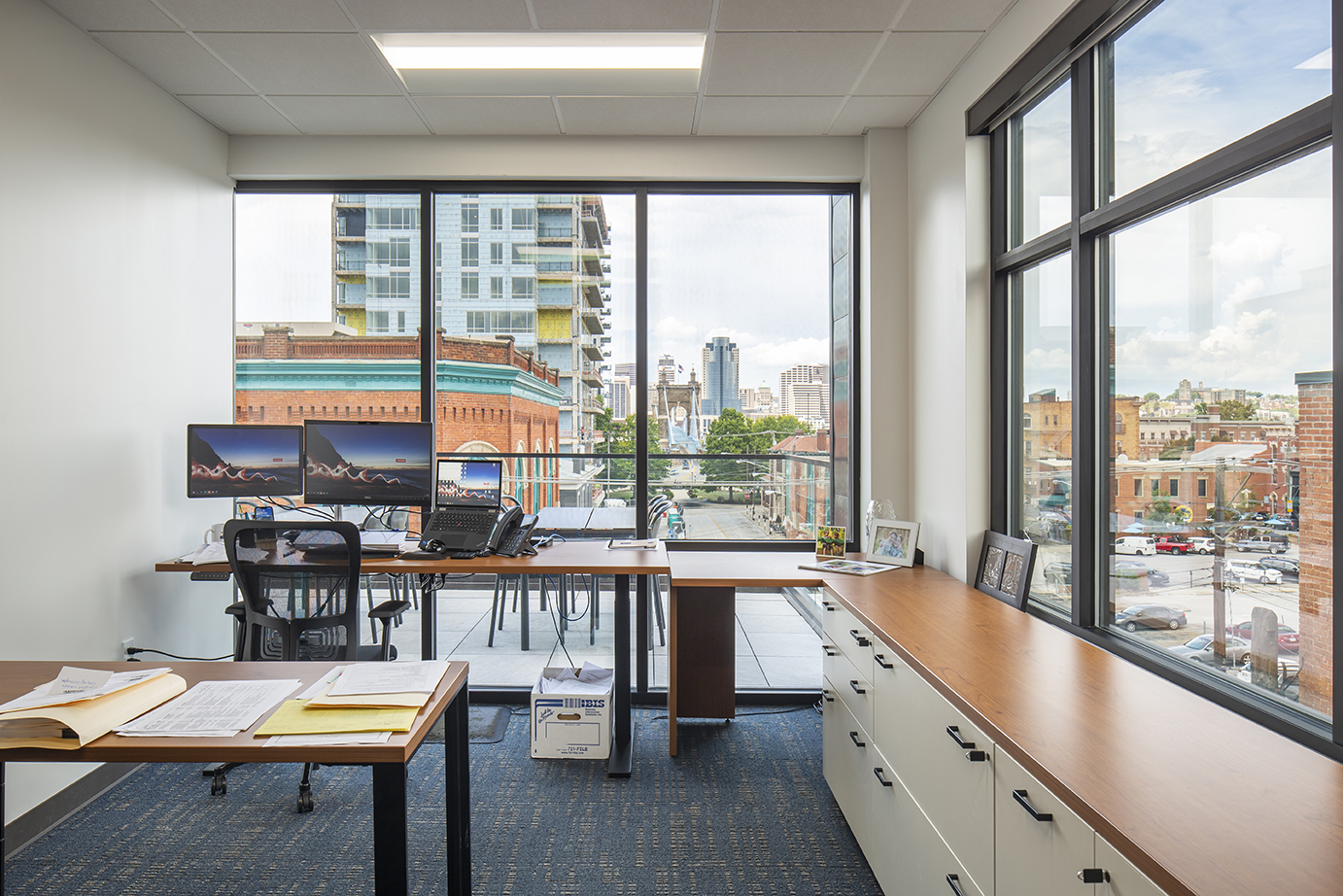 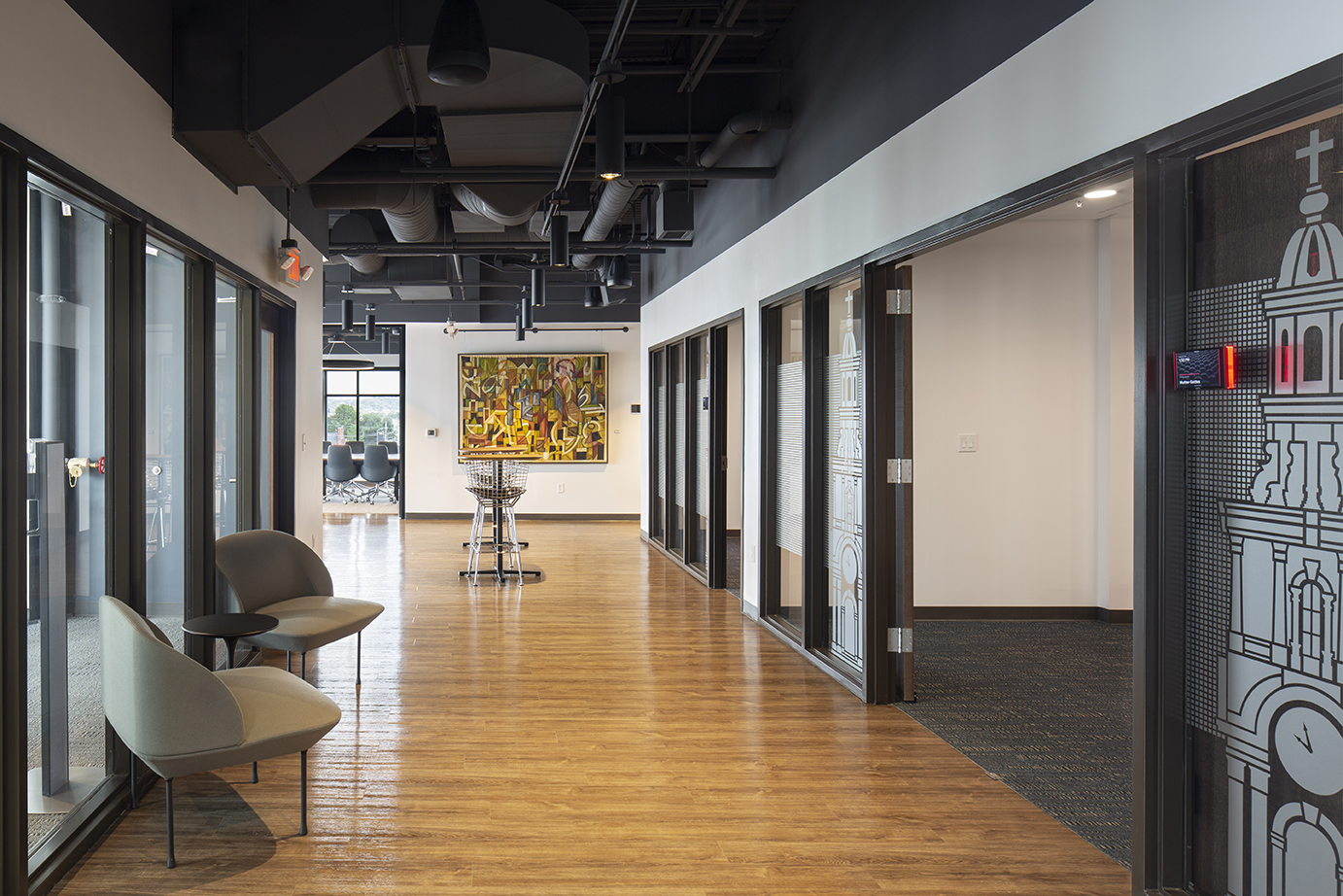 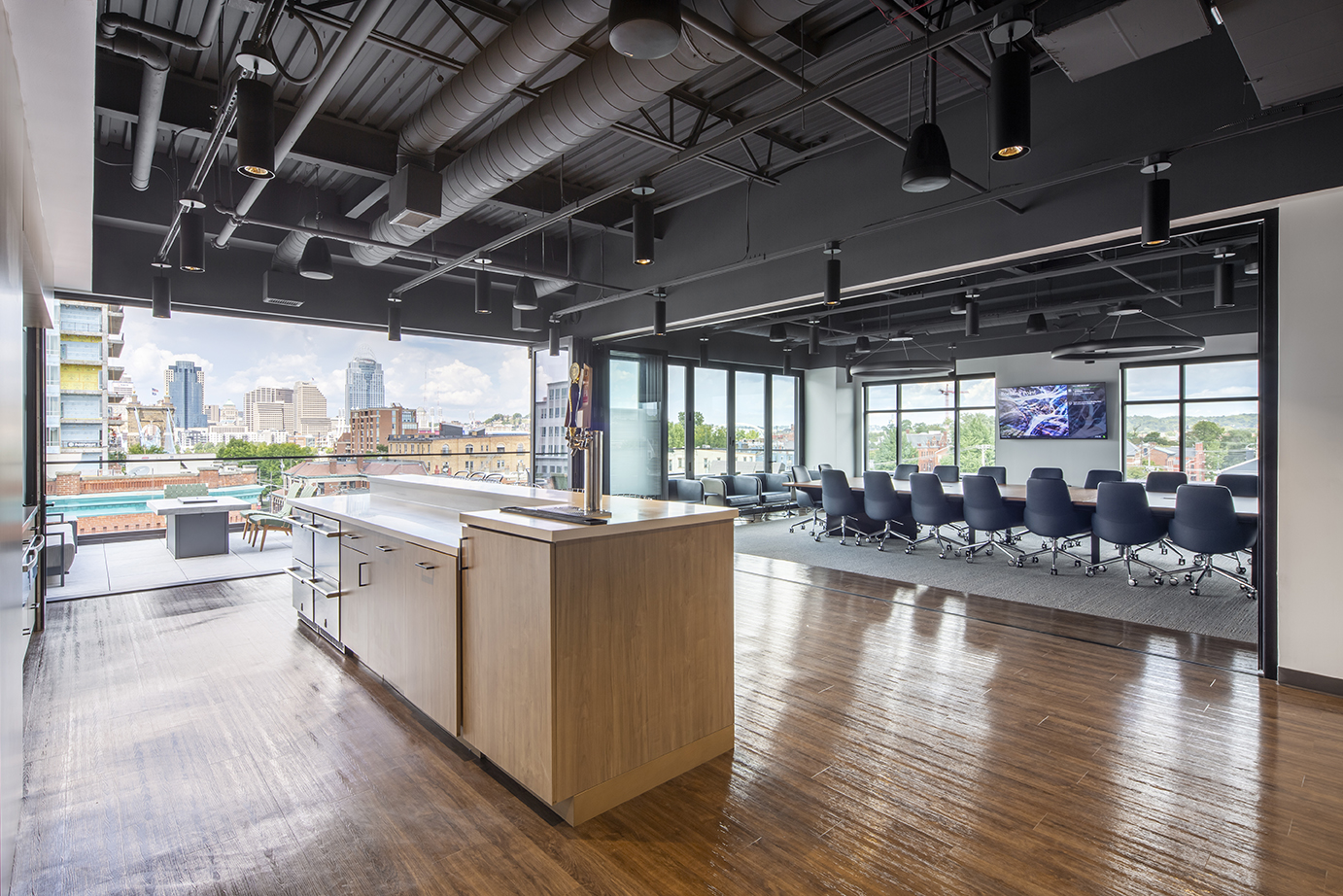 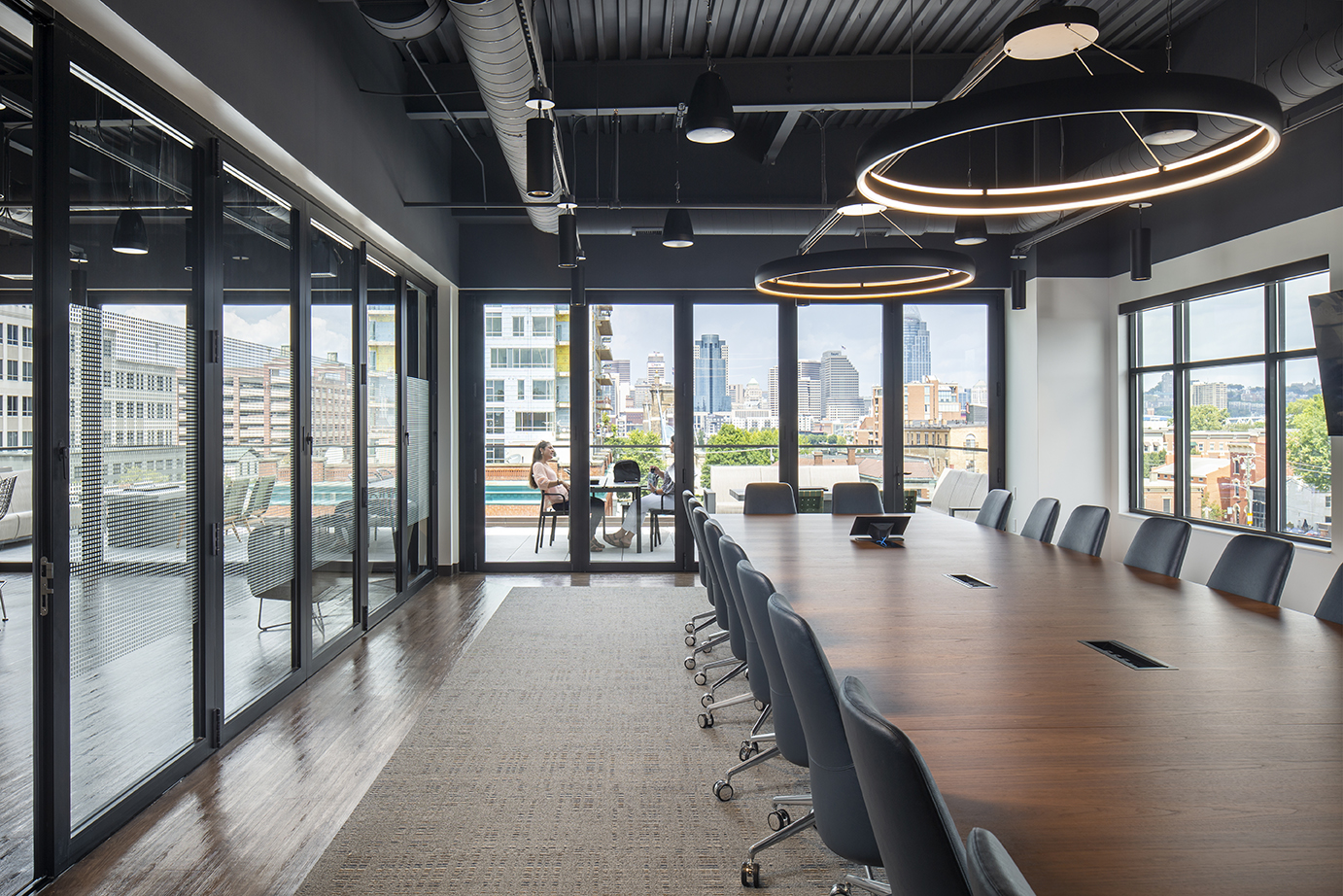 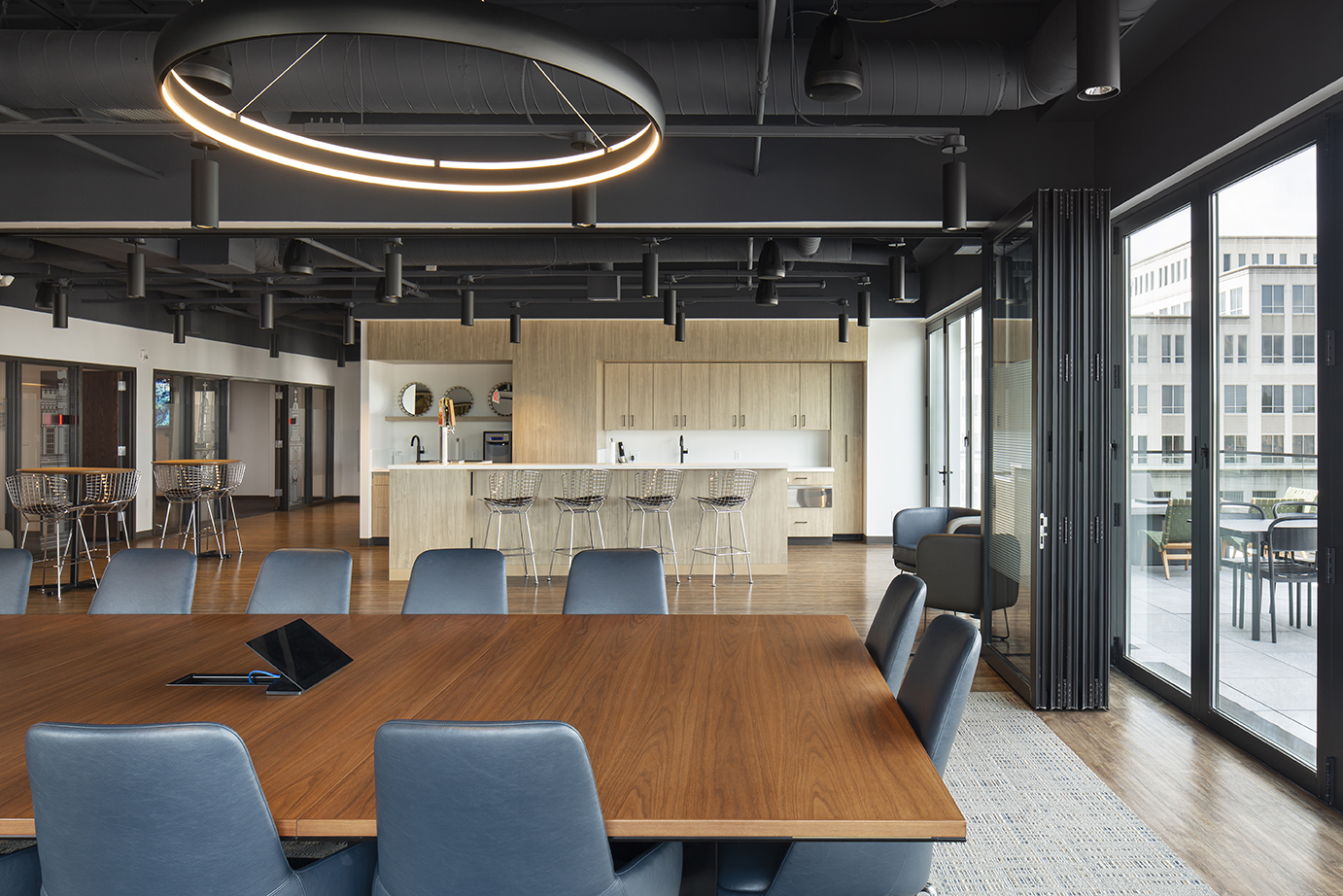 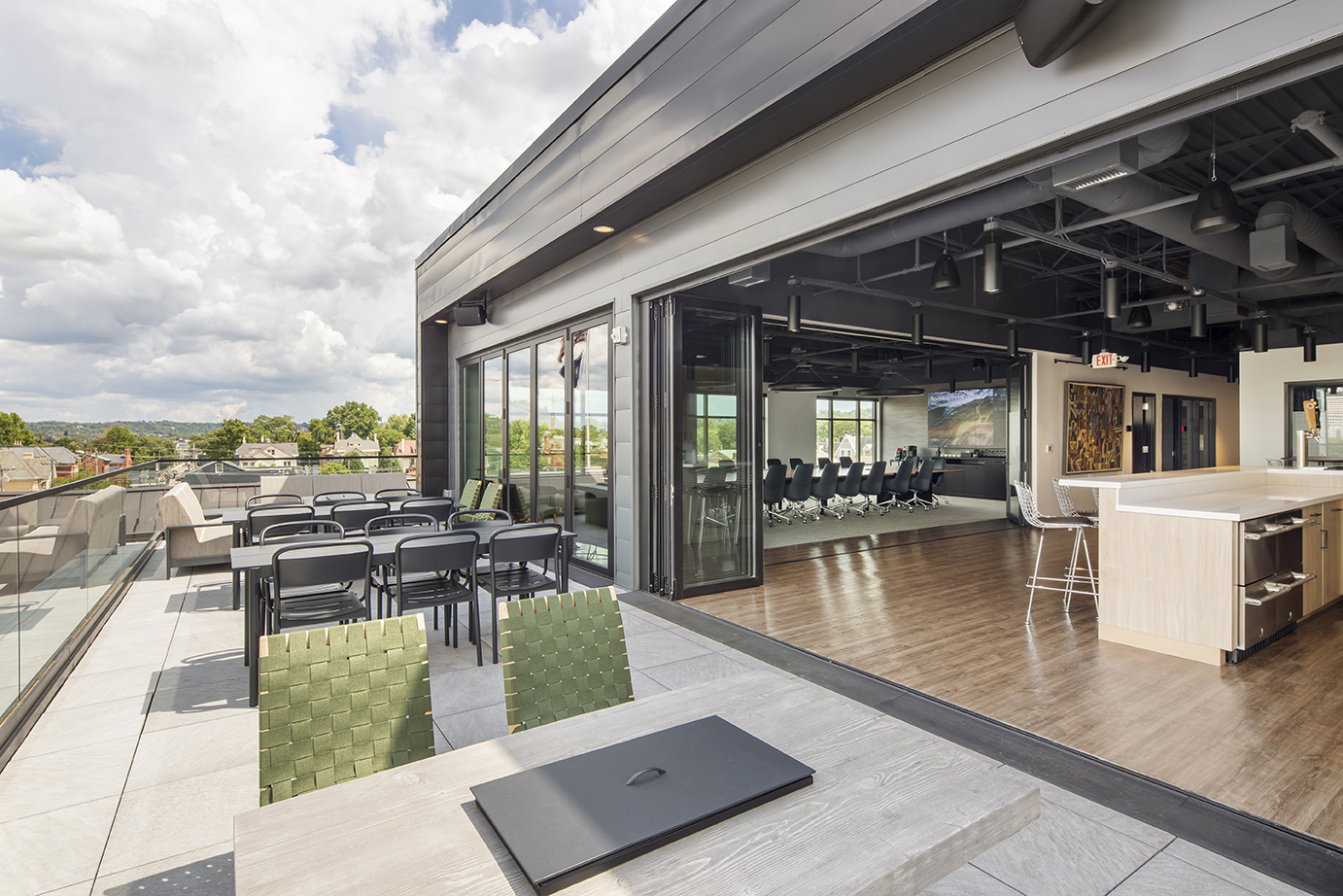 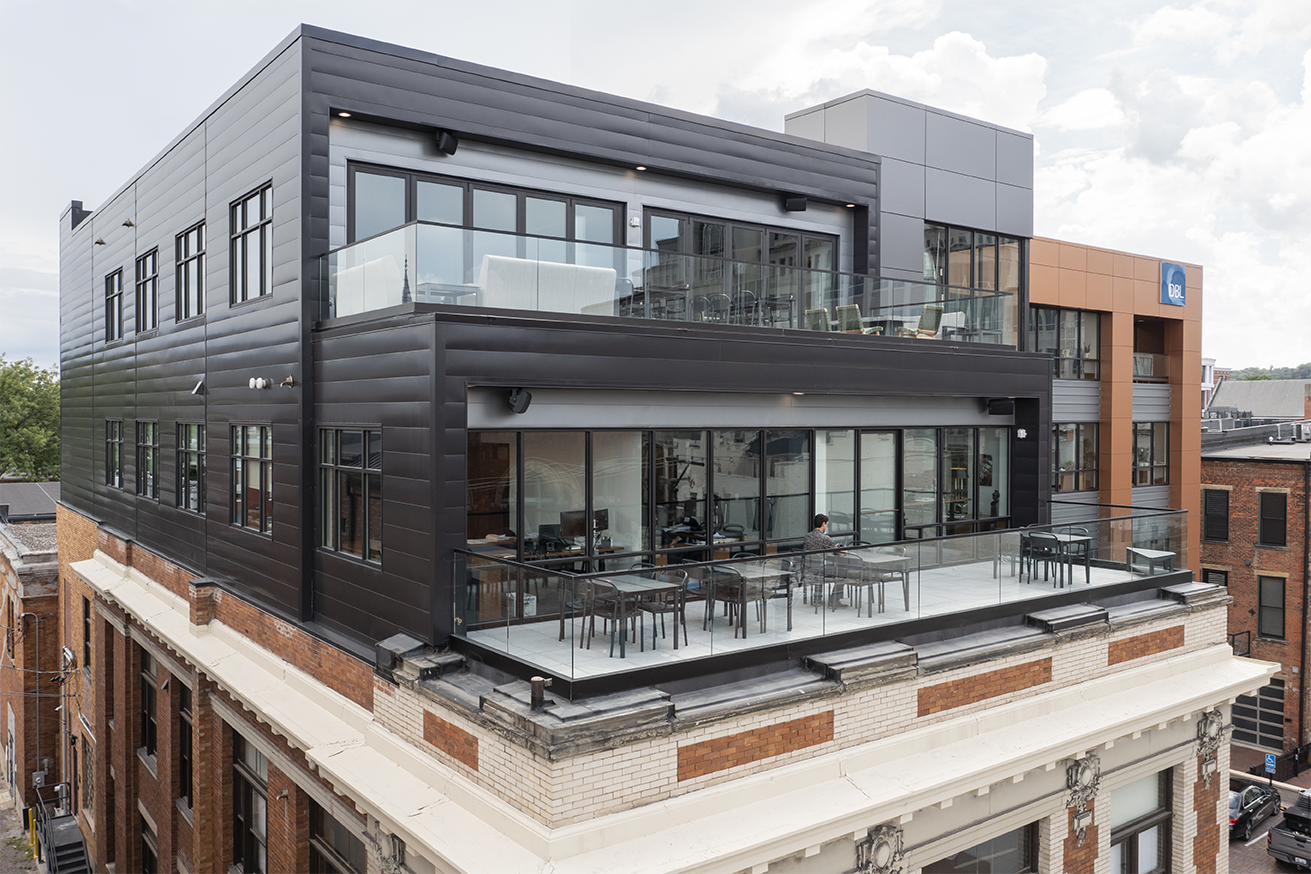