Proposal for the Covington Waterfront 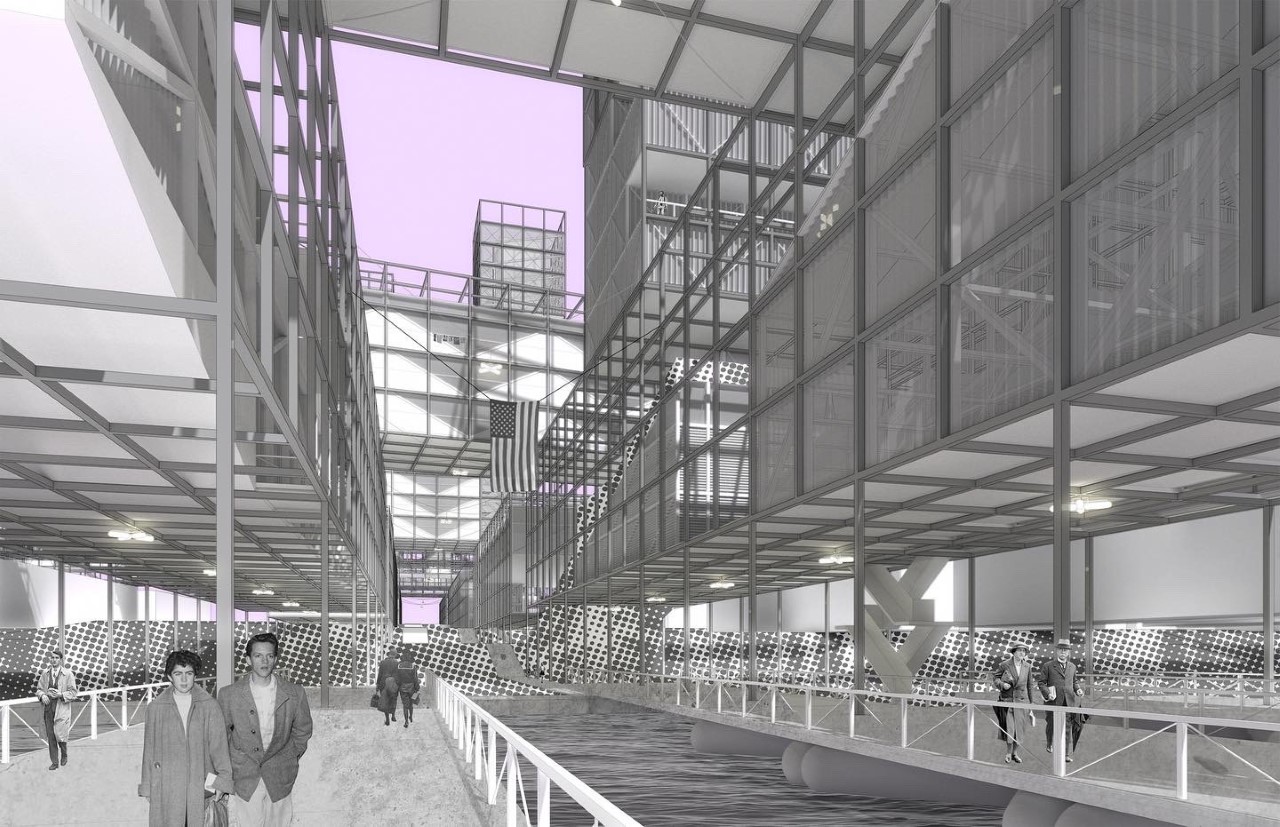 For our studio this semester, we were asked to masterplan the area on the Covington waterfront where the massive IRS building once stood. For our proposal, the goal was to create something new, flexible, and architecturally forward thinking for an area that has historically not been. We also aimed at not creating an all encompassing proposal, as we did not like the idea of an area so large being designed all at once by a single architect. Using a series of frames or cages that are occupied by an unlimited range of architecture, our proposal is more open ended. We aimed to create an infrastructure for architecture, rather than just architecture. The frames sometimes exist above, similar to a bridge, allowing for views through the site across the river to Cincinnati. They also span over the river, as a way of re-engaging it. Our proposal is bold, as the future of cities should be. All architecture shown is an idea of what could be and not necessarily what would be. 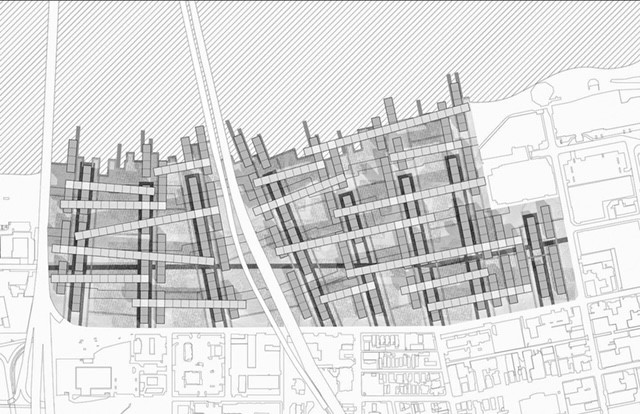 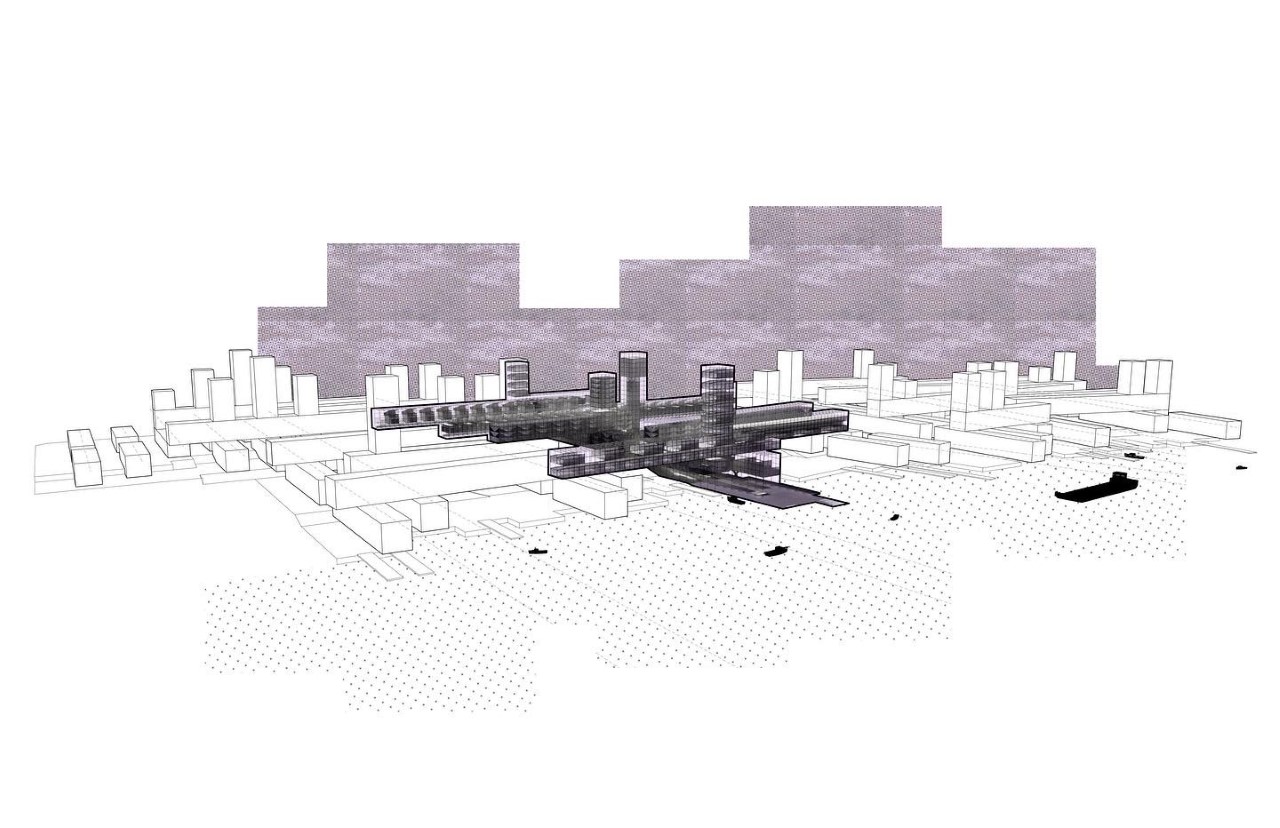 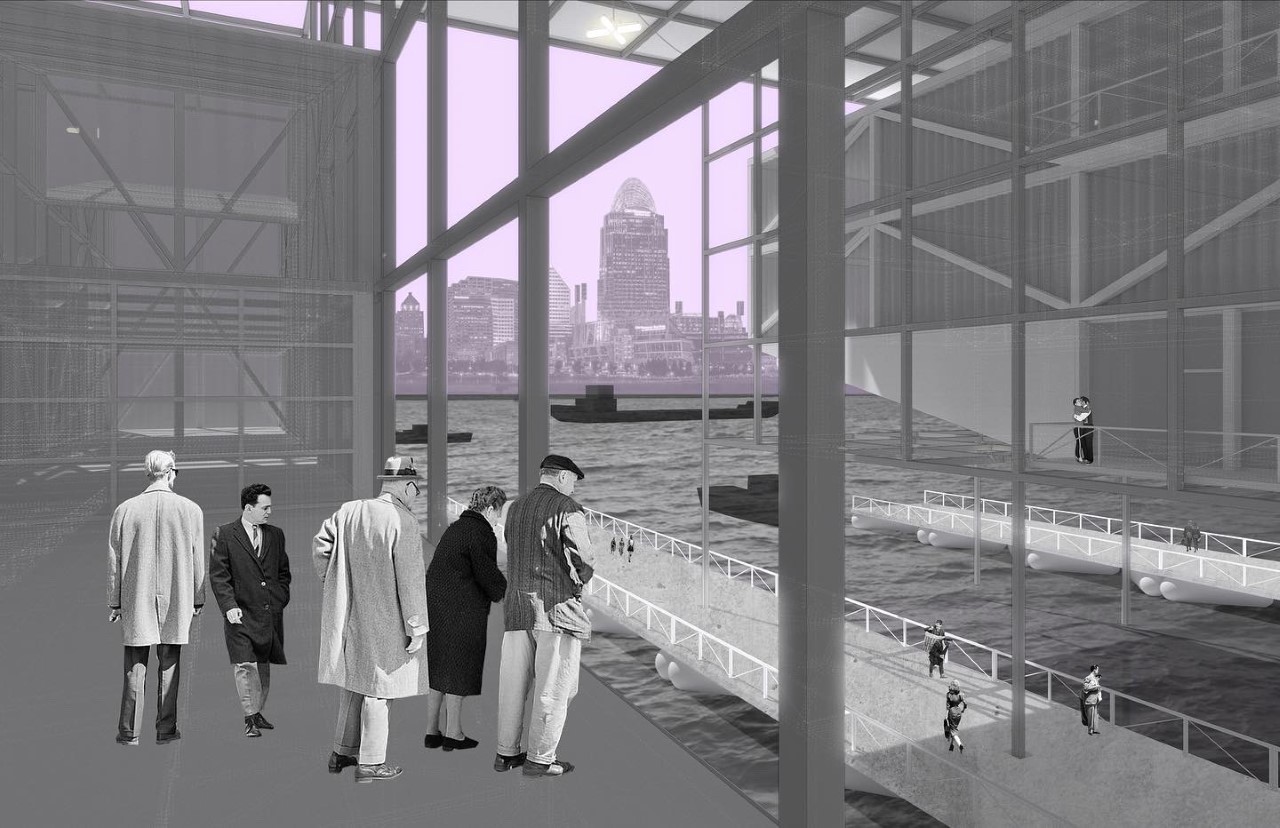 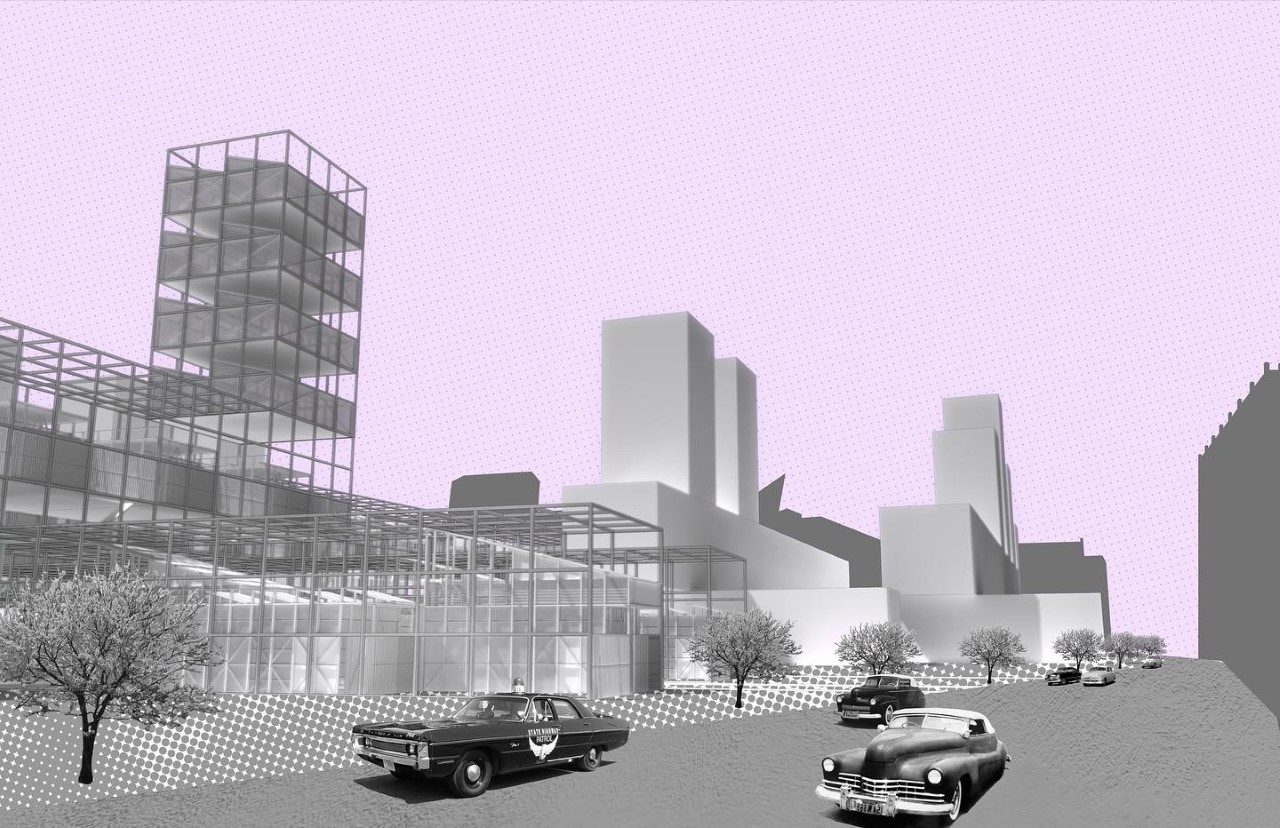 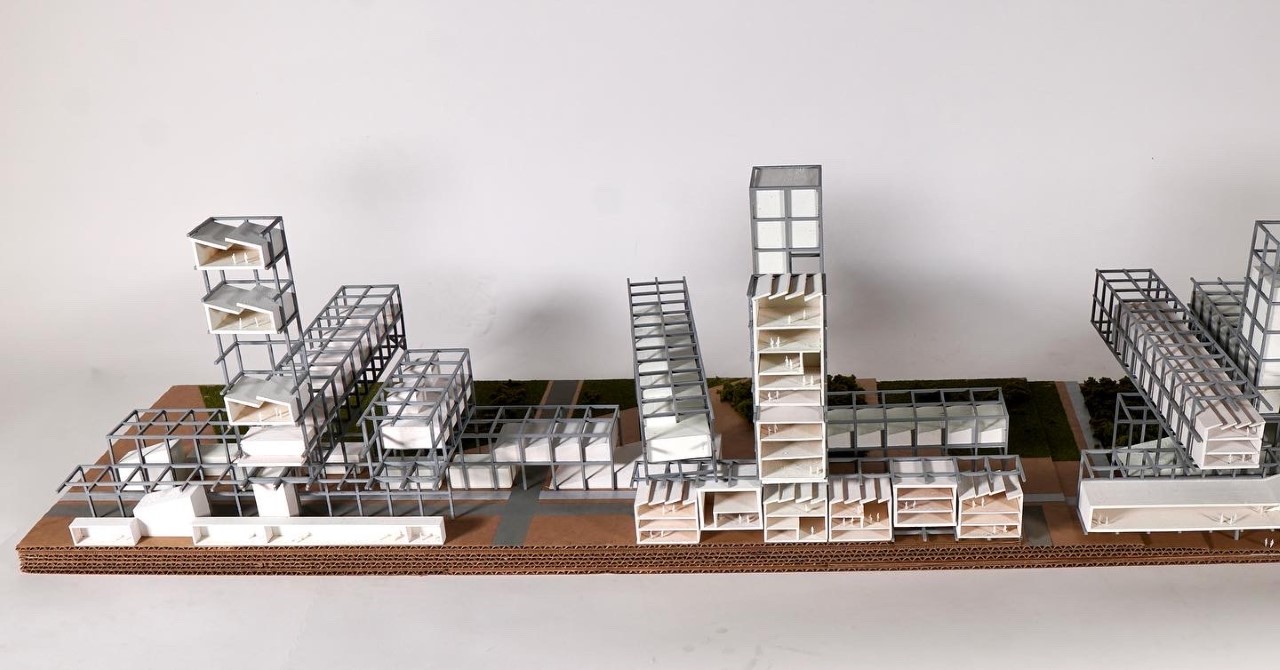 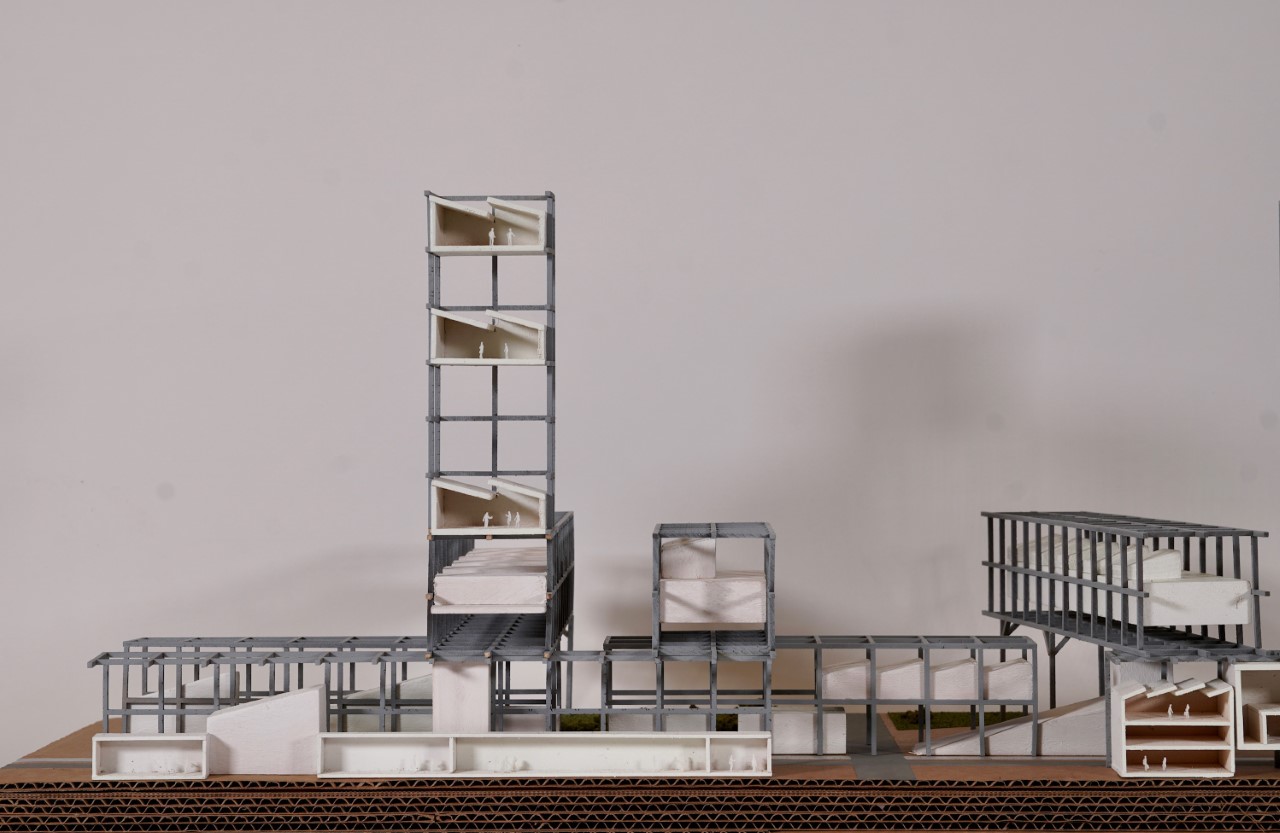 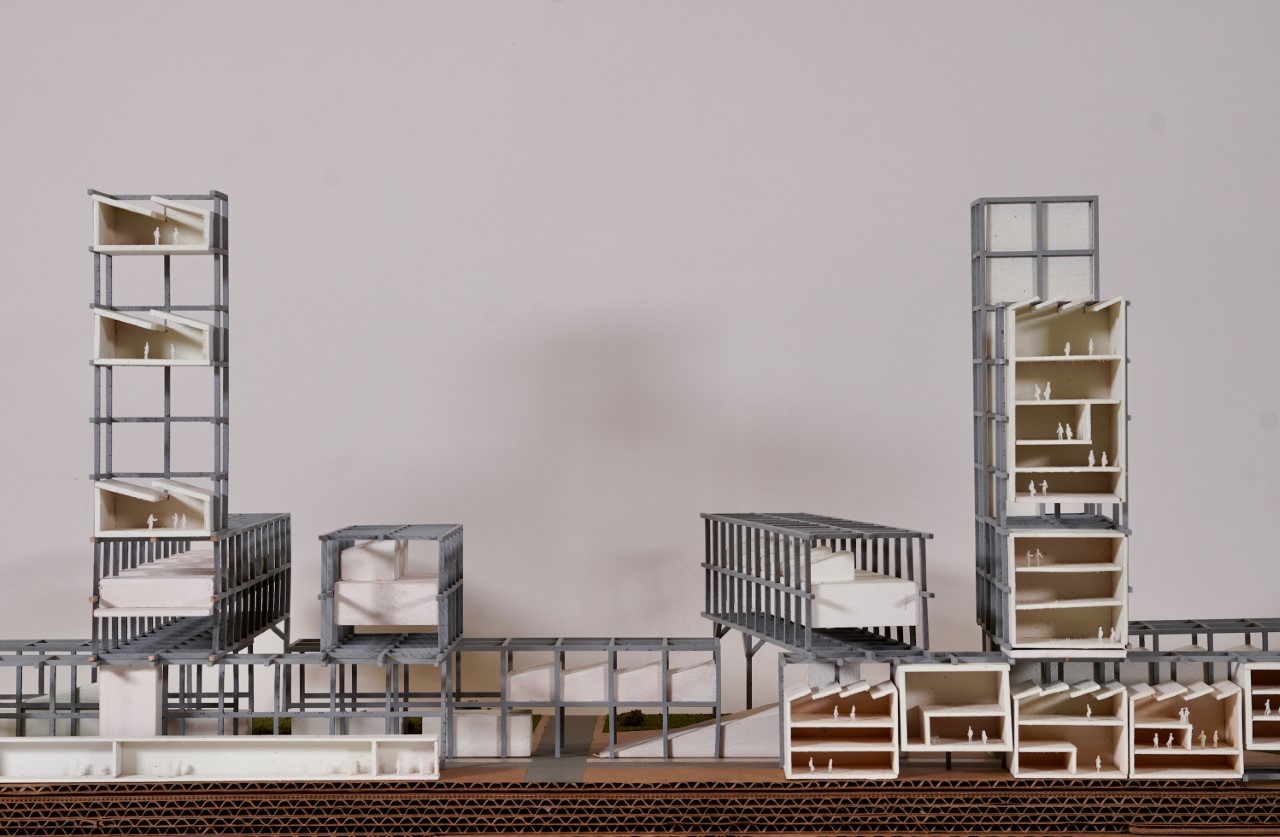 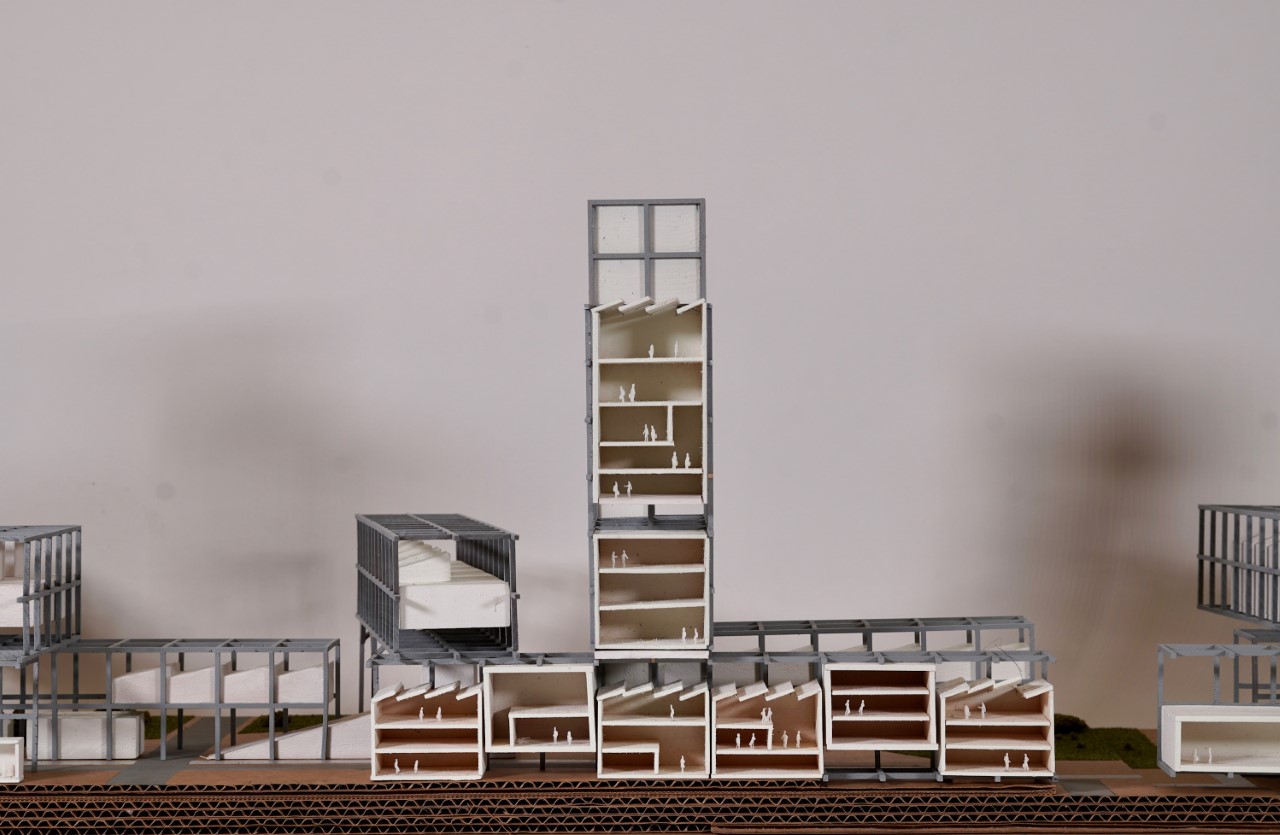 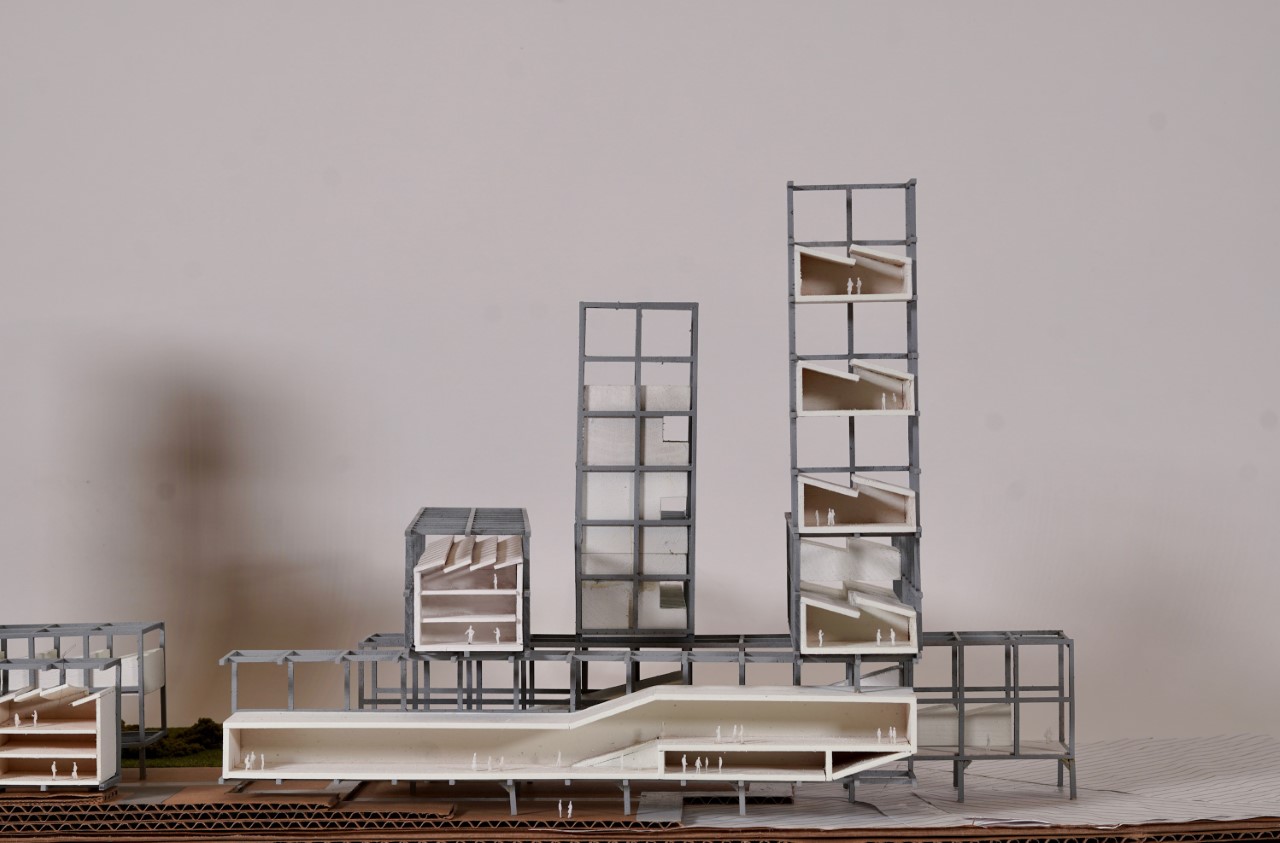 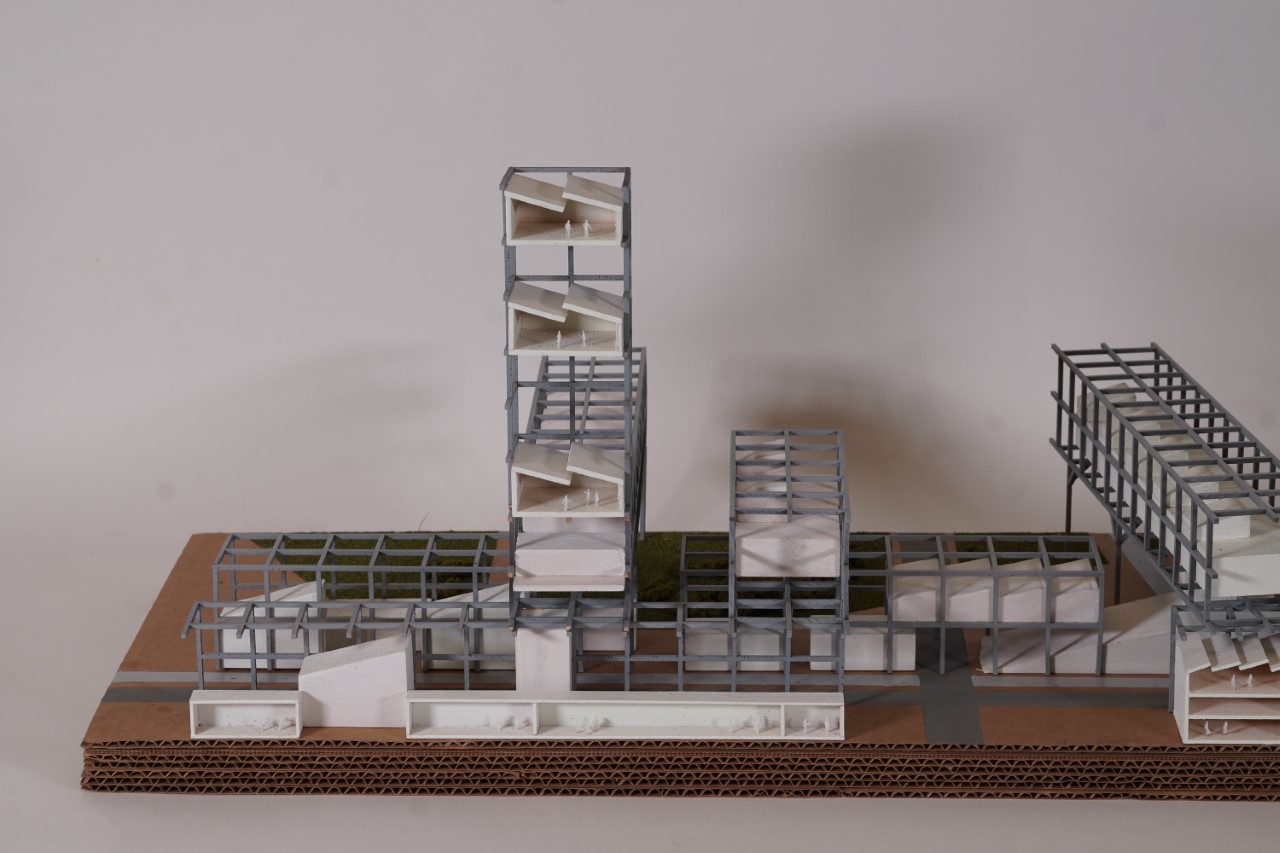 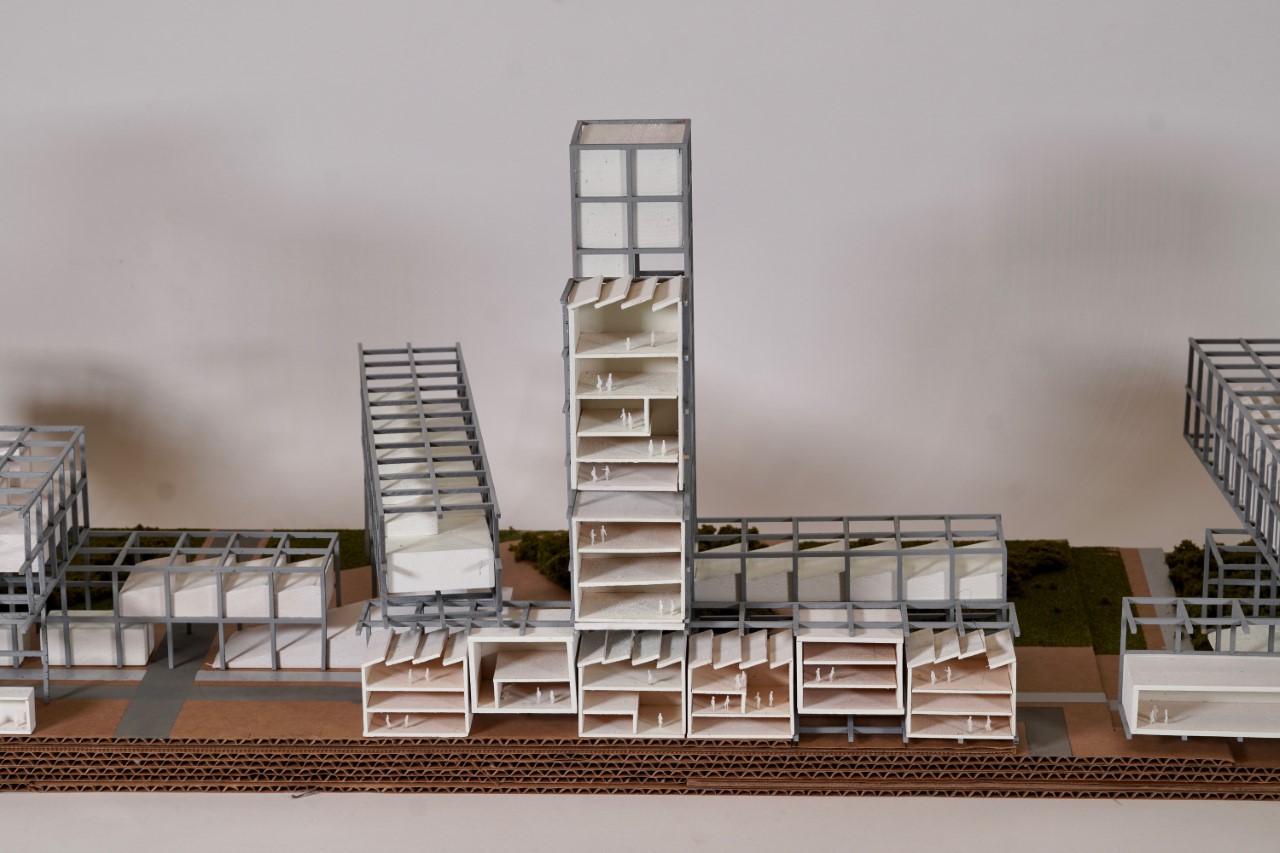 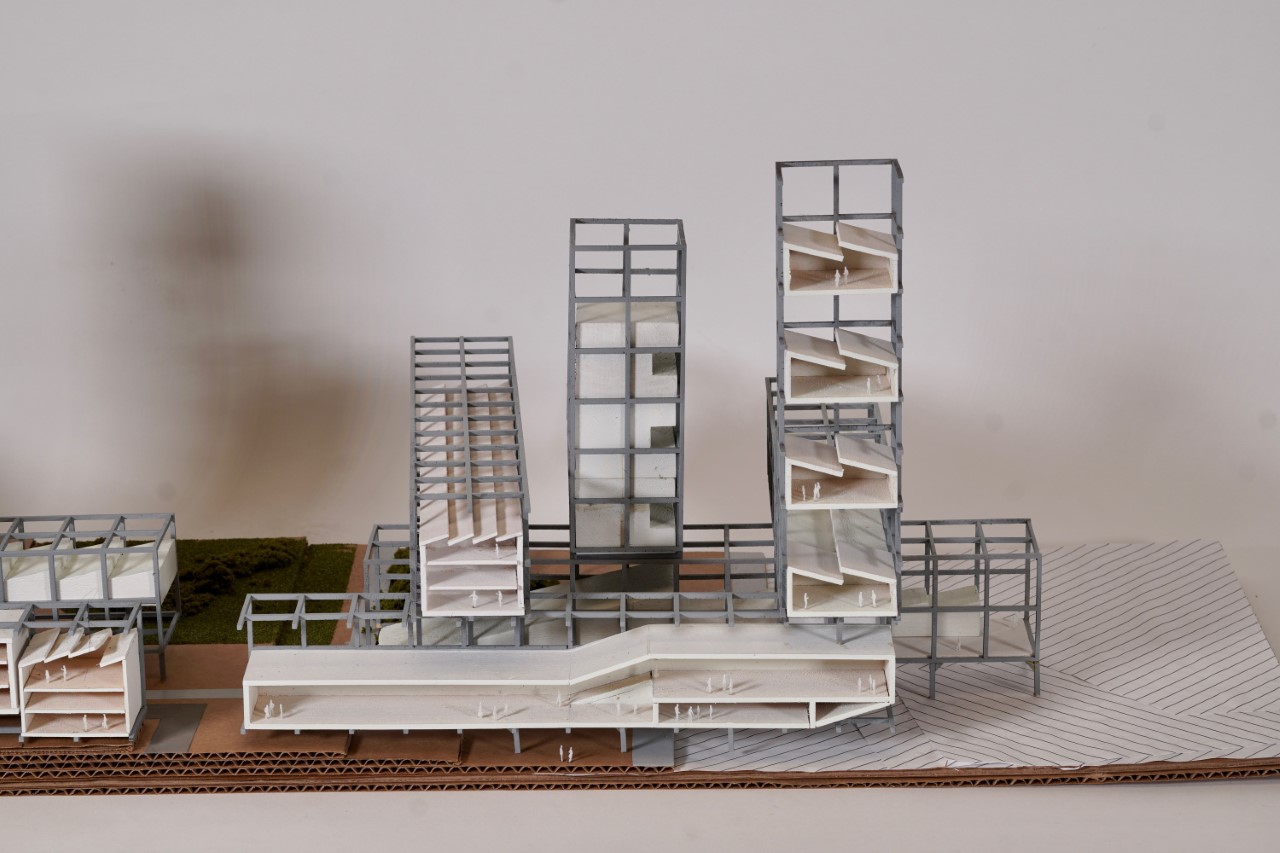