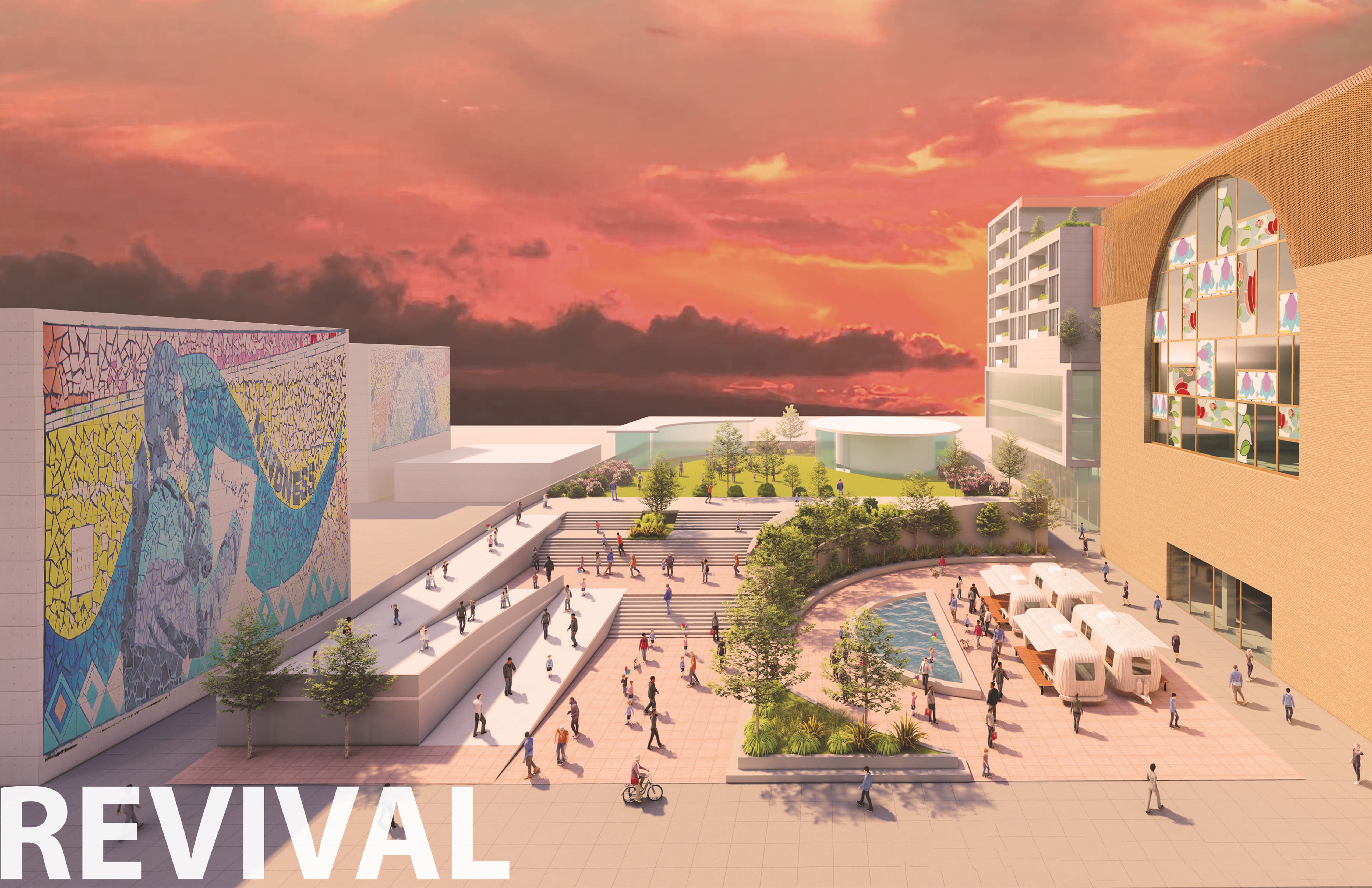 This project is about re-envisioning the neighborhoods of West Woodlawn, Chicago. A lot of real estate interest has recently been observed in the area. However, the initiatives mostly concern businesses, and the community's interests are hardly a priority in such developments. As a part of the first-year traveling studio, students were challenged to rethink the developments going on in given neighborhood chunks in West Woodlawn and redirect it toward the betterment of the community.
This project “REVIVAL” aims to develop the neighborhood area at the corner of Cottage Grove station on 63rd street, to bring back Woodlawn’s lost pride in the rich heritage, it was once famous for. The project includes the redevelopment of an existing heritage building, a newly proposed mixed-use condominium, and a community space with necessary amenities. The heritage building is re-imagined as a window of opportunity for the local people. While it will be serving primarily as a bank and office building, the proposal opens up the atrium to the public for after-hours events and parties, aiming to restore a sense of belongingness among the users. The condominium adjacent to the heritage building is proposed to attract emerging professionals who are looking for a new home within an area flourishing with job prospects. While they are facilitated with lavish green terraces facing the cityscape on the north, the south façade is opened up to connect and engage with the community in a more intimate setting.
The community space in between the neighborhood chunk serves as a junction of refuge and celebration amidst the busy city life for its inhabitants.
The proposals strongly promote the empowerment of the local community through active engagement in the development phases. The idea is to create an enjoyable and effective, people-focused development in this chunk, that can be followed in the surrounding areas so as to let the wind of change and growth flow through the entire community. 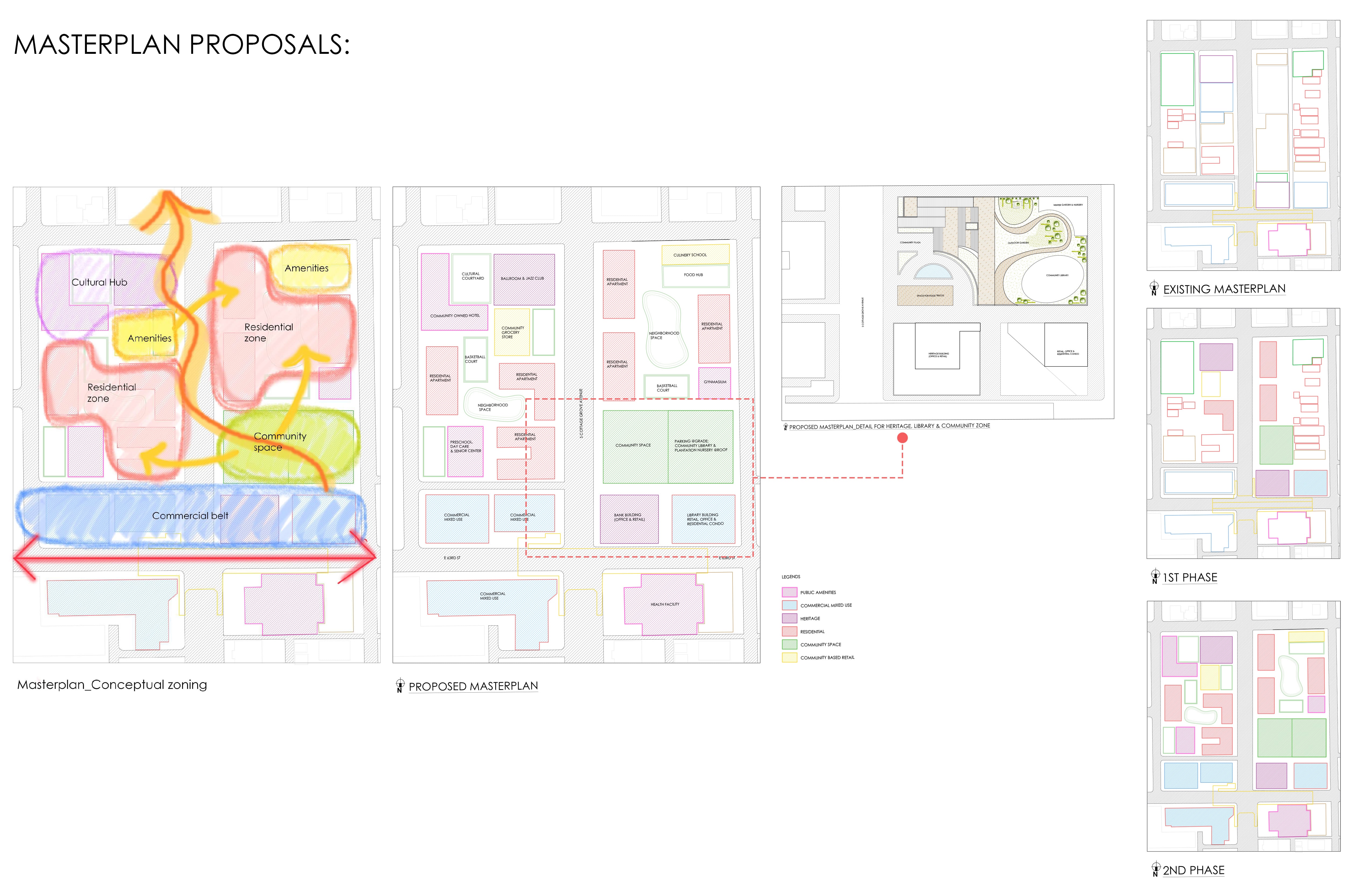 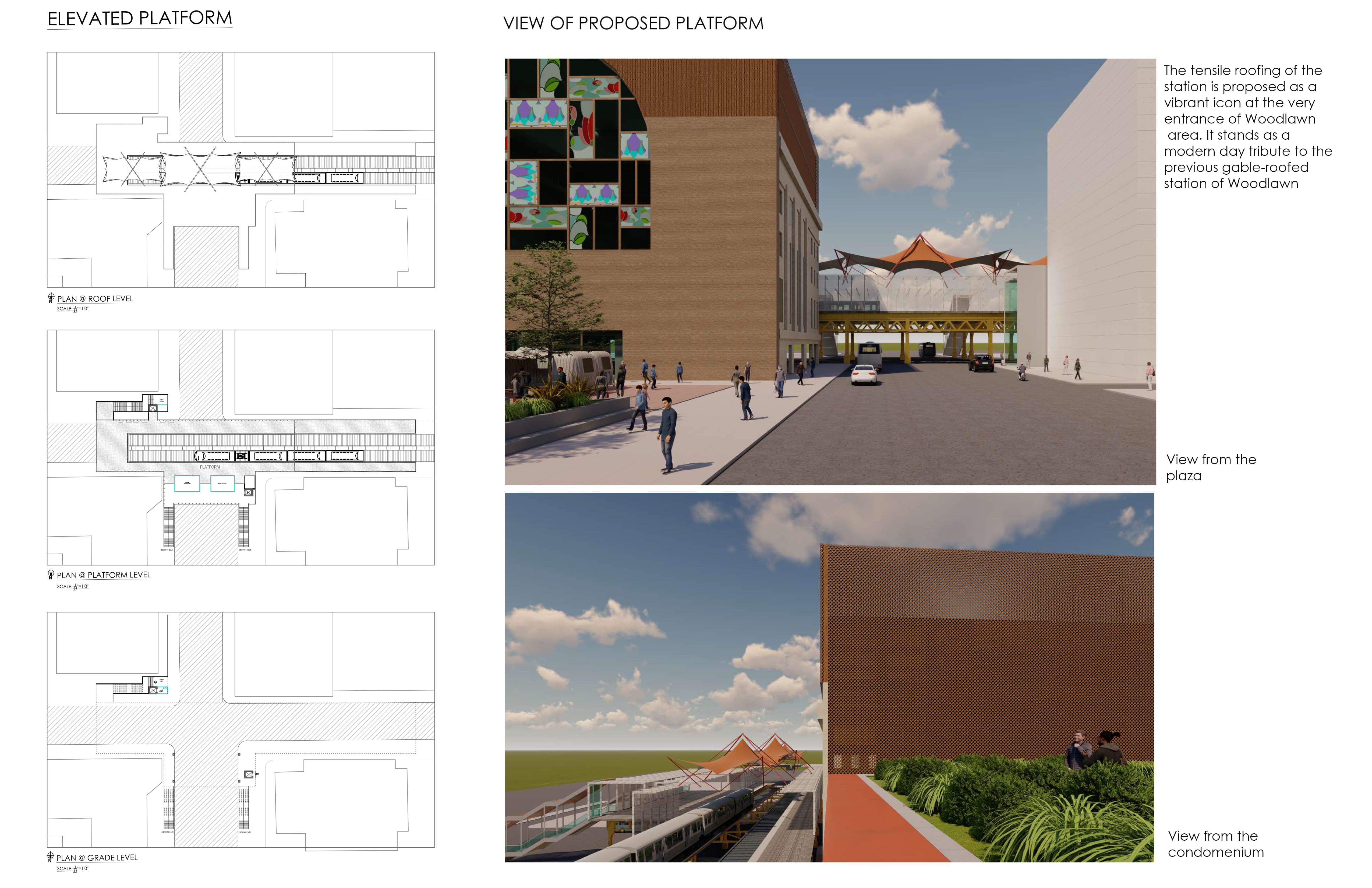 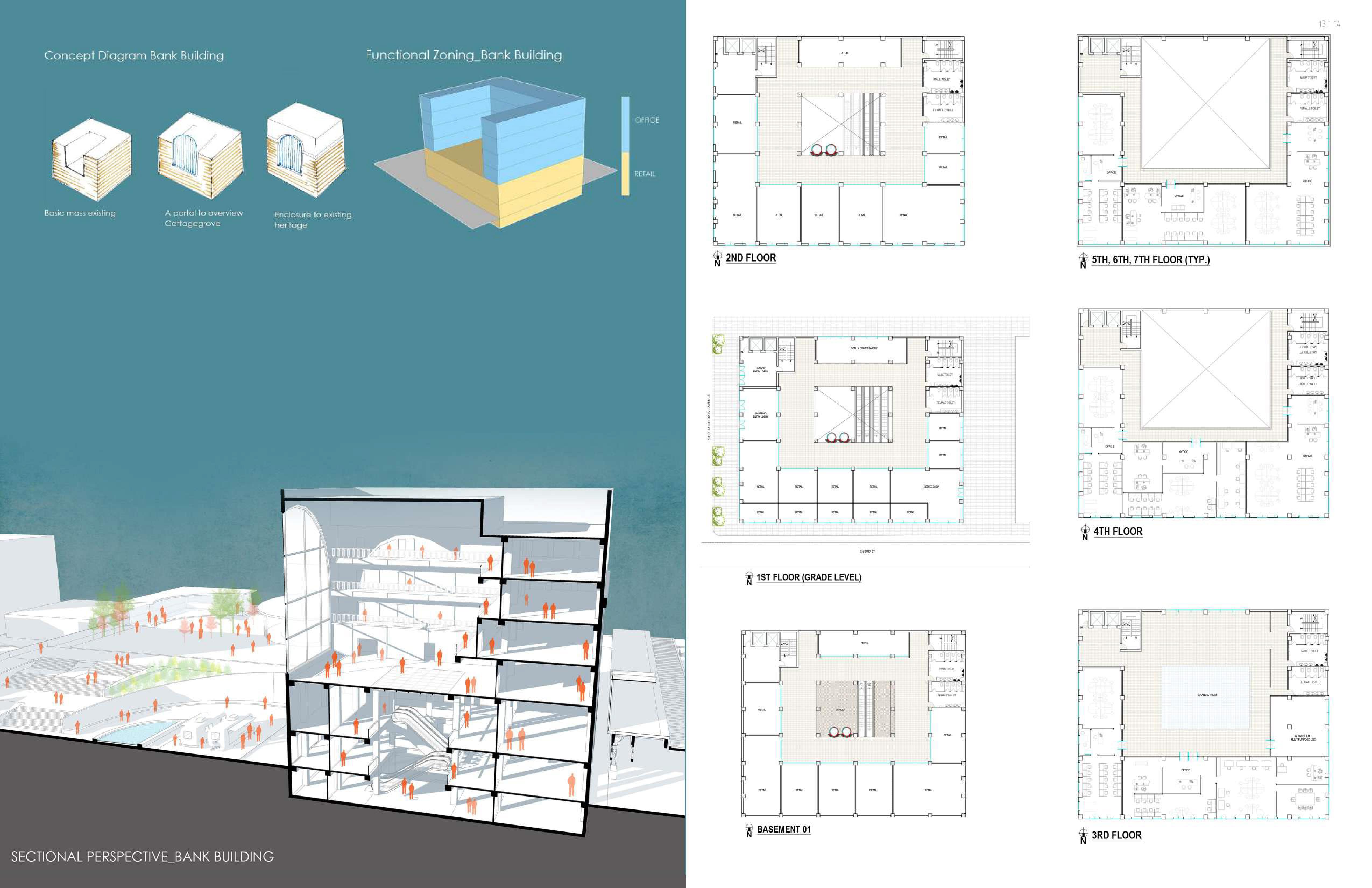 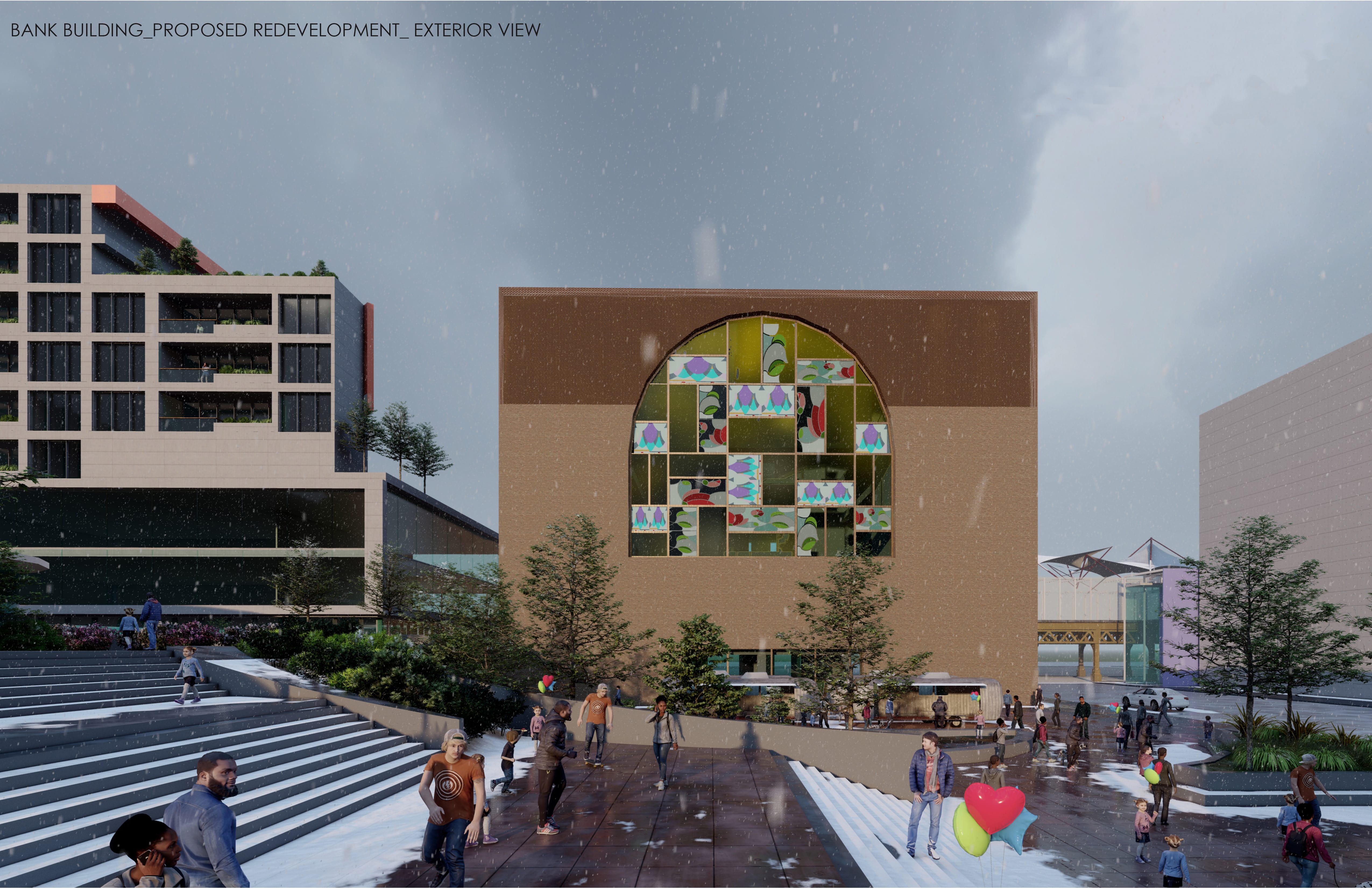 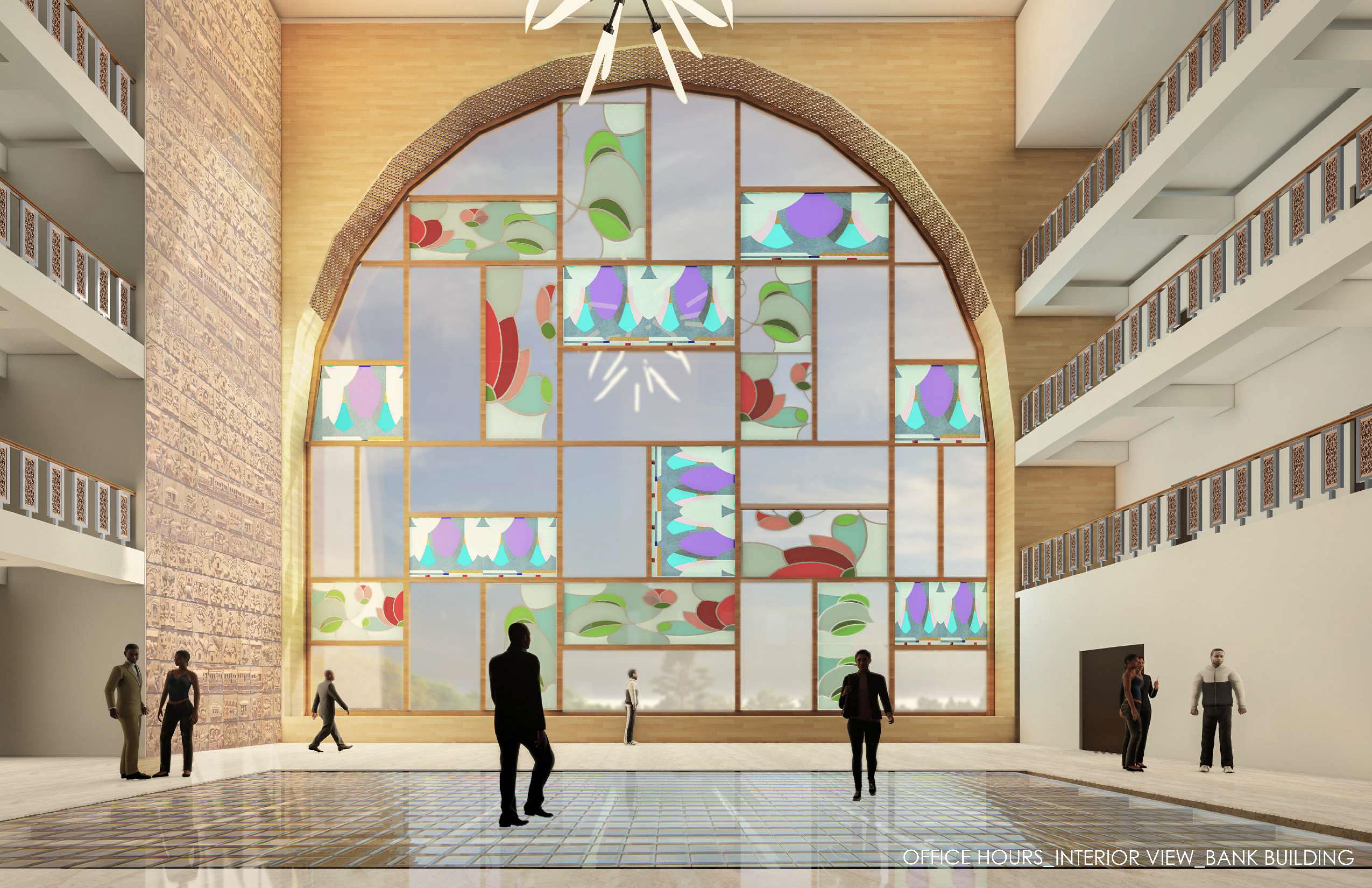 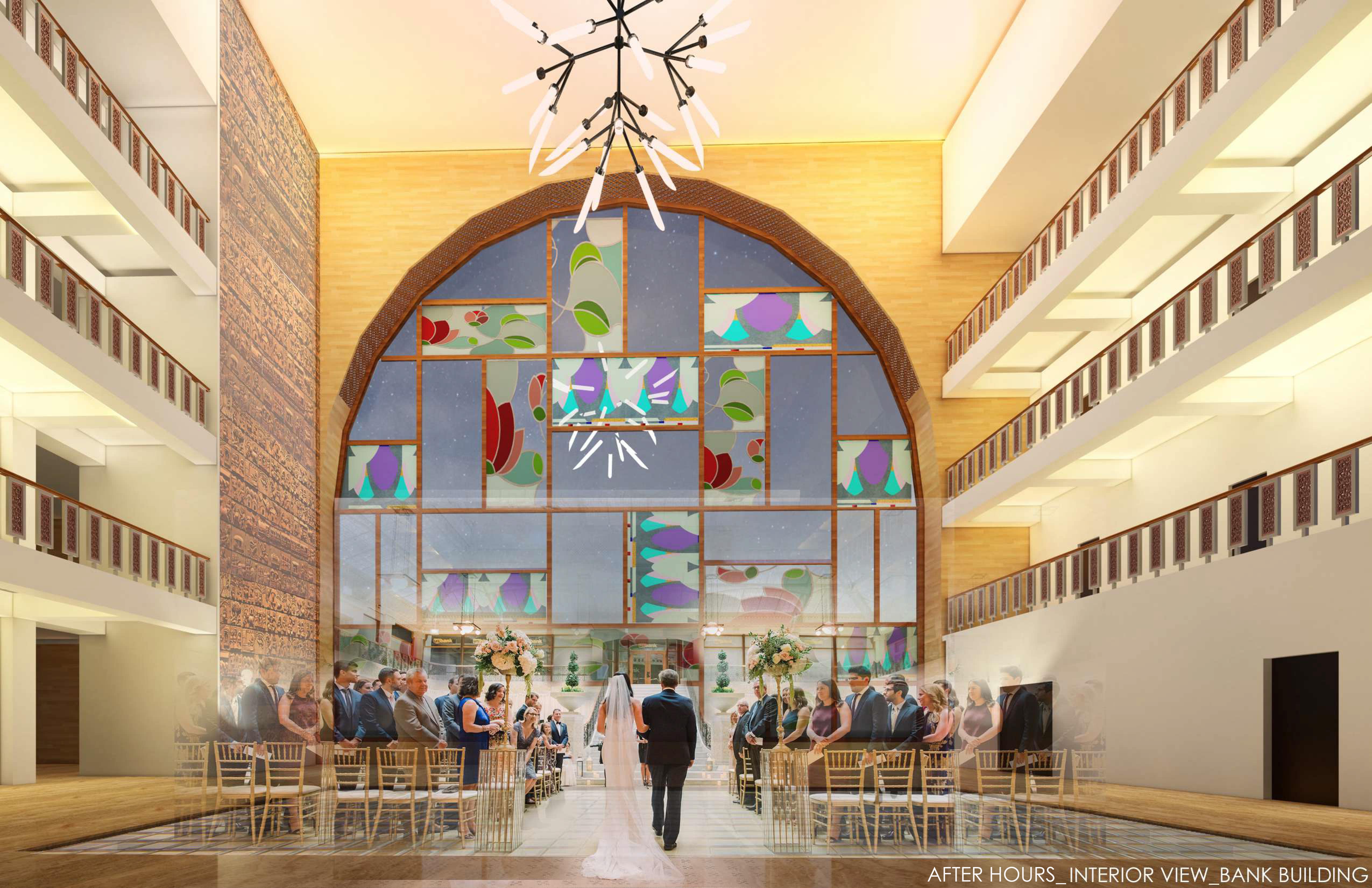 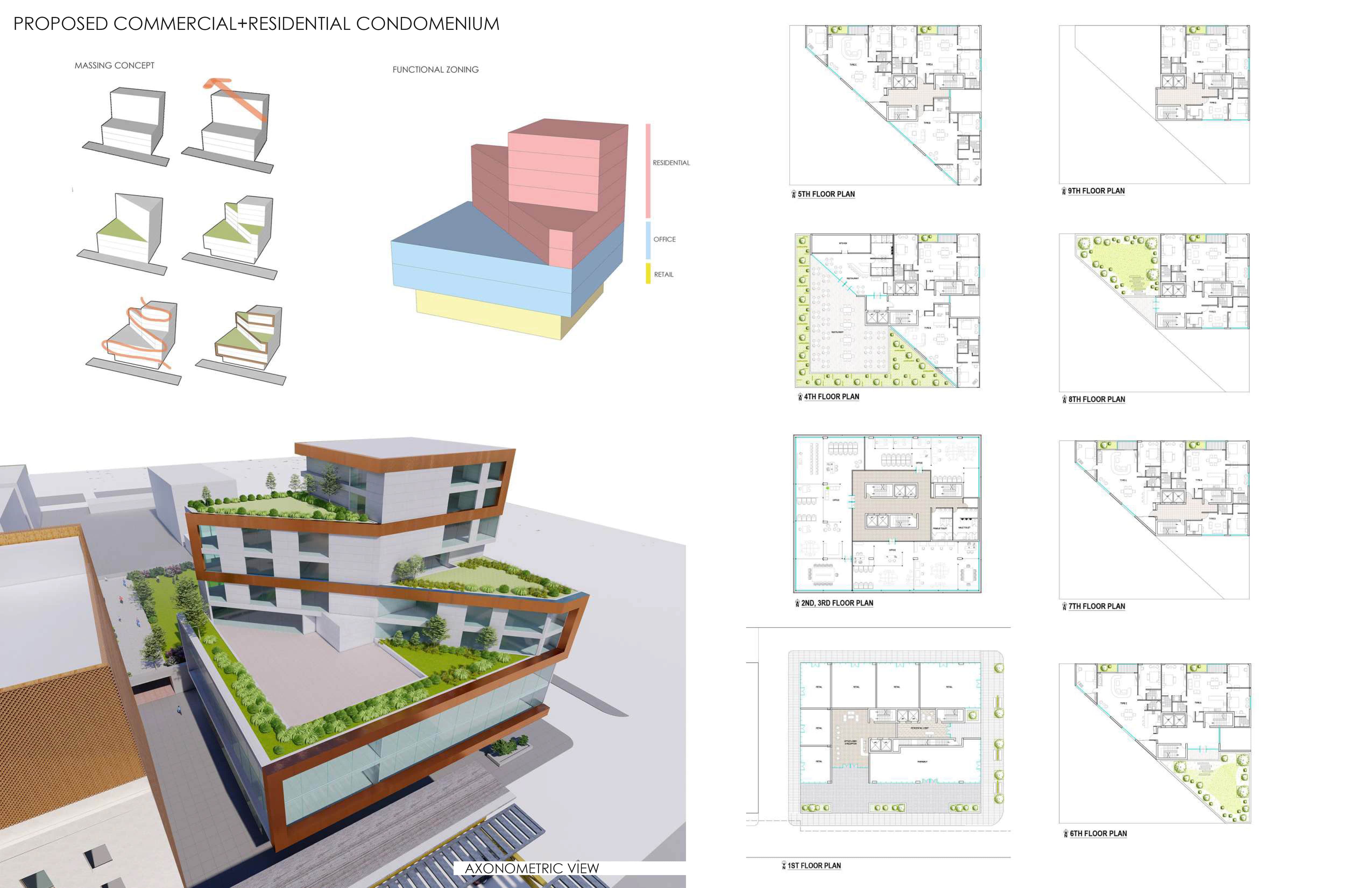 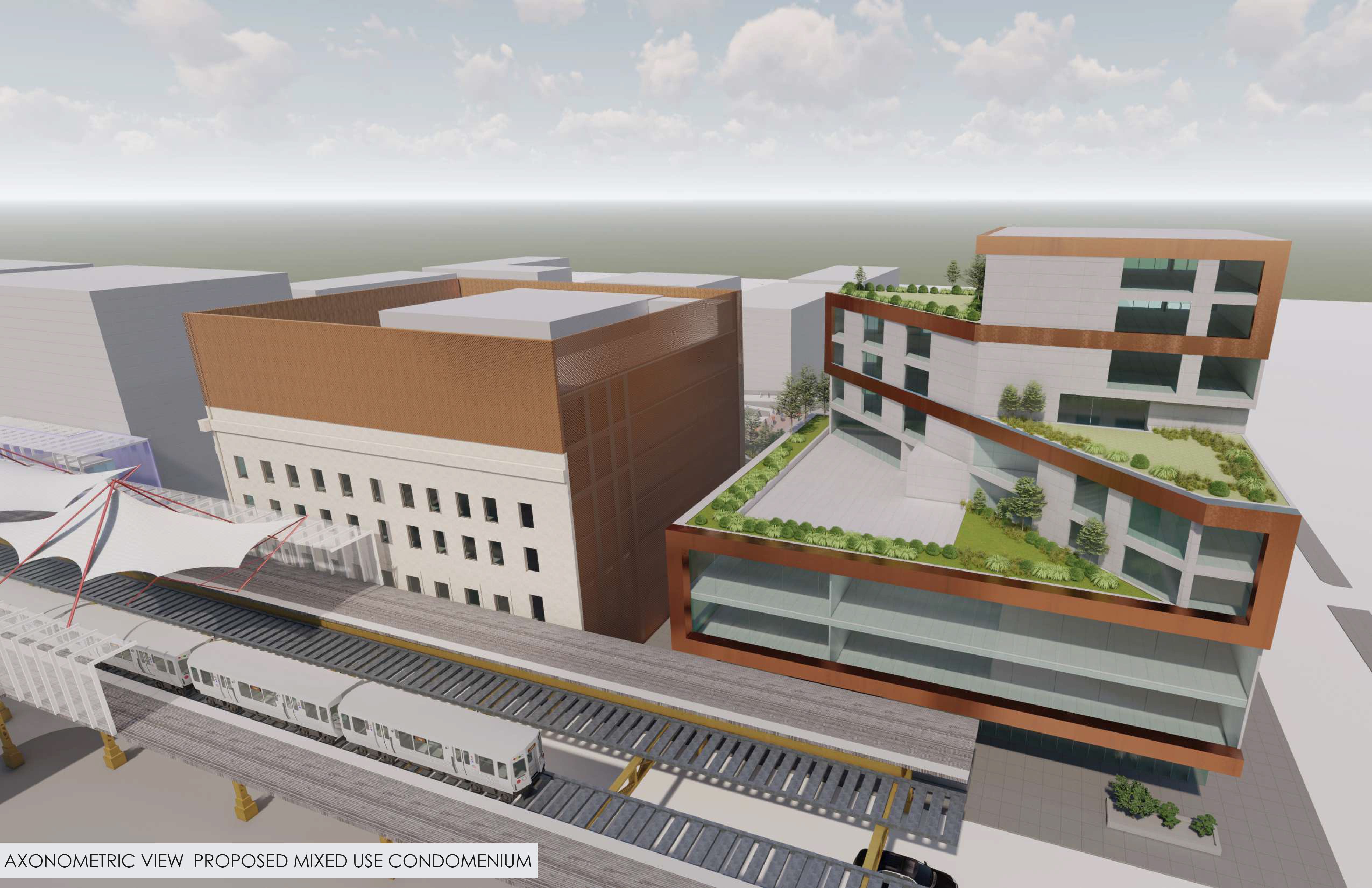 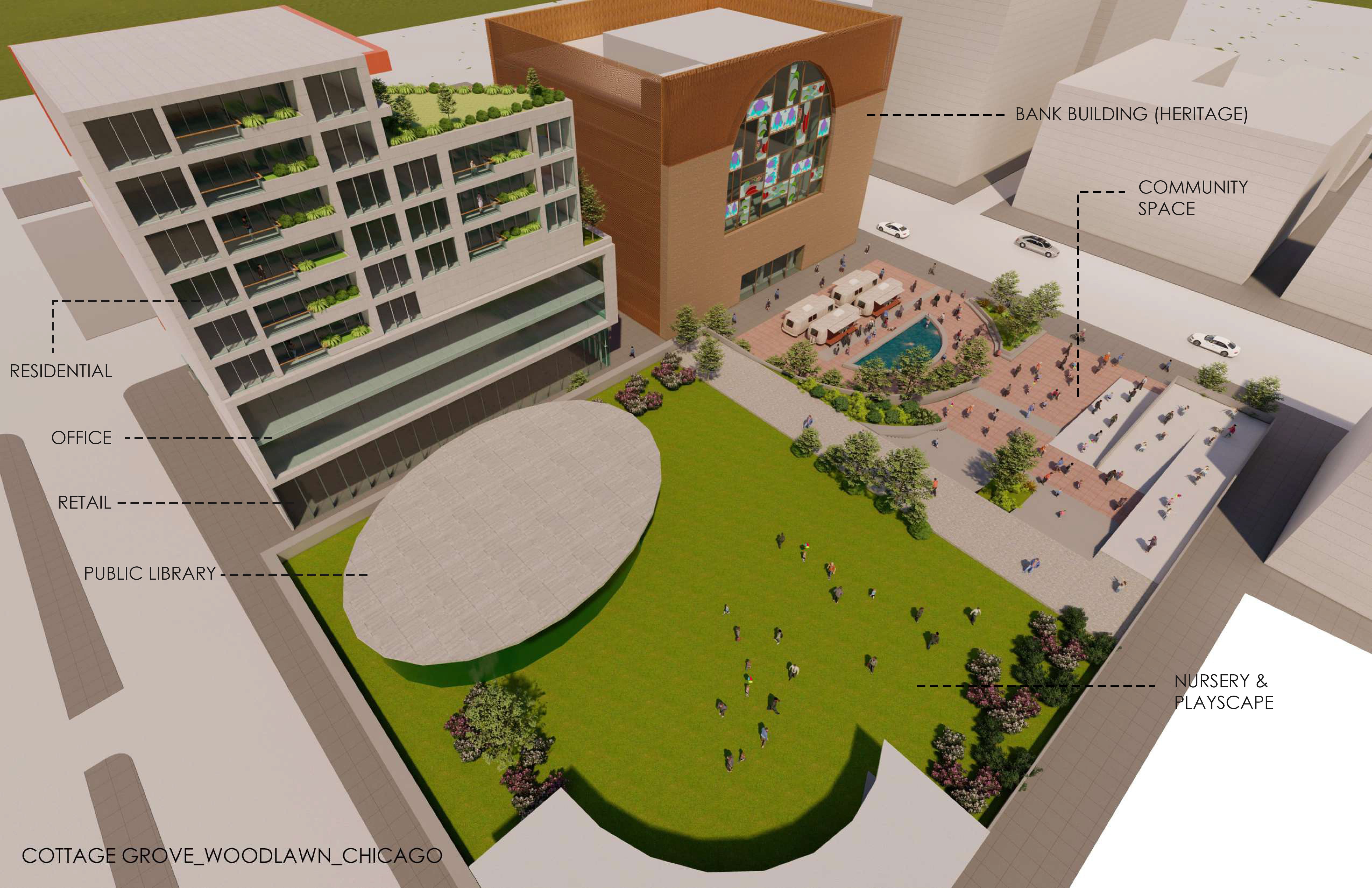