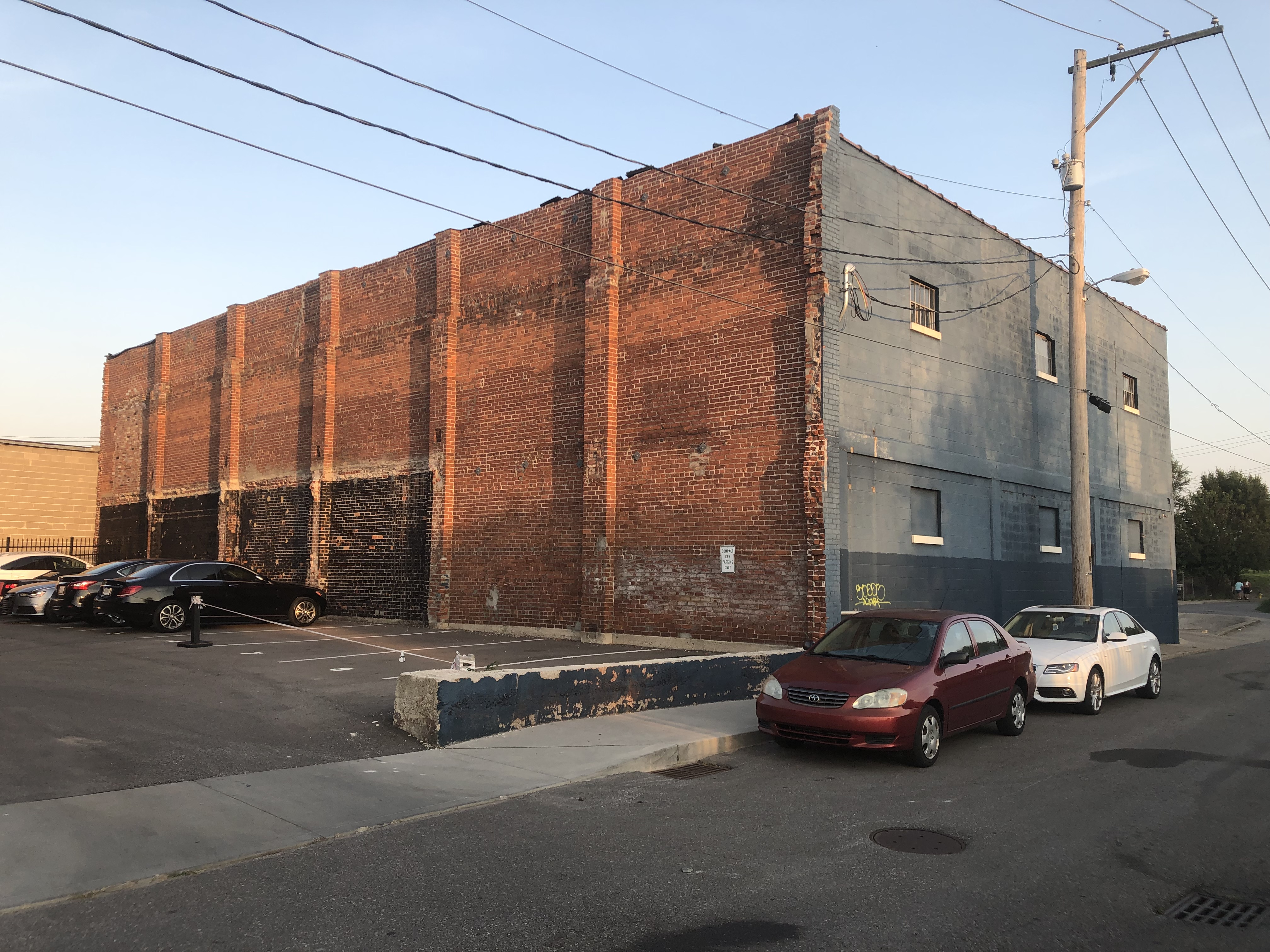 “How can you create a light filled space when you’re given an existing building with a giant crumbling brick wall?" This was the basic prompt given to us by our client.

This project really was an exploration in what is possible when you have an amazing, supportive client, an interesting prompt, and a good idea. Our client came to us and asked us to renovate one of their existing warehouse spaces into their new office space. They wanted an open office filled with light, a space that allowed for maximum flexibility and adaptability. Sounds easy, right? The only problem was that the warehouse was a CMU box with boarded up windows and one very large, crumbling brick wall.

So, what can you do with a block building with one large crumbling wall? Obviously, the wall had to go, that was a given. Once removed, we were presented with a blank slate. We knew we wanted to create a distinctively modern building, nestled amongst, and honoring the surrounding historic ones. Making the wall glass is the natural solution to getting light into the space, so that part of easy but it is also fairly ordinary. We asked ourselves, how can the glass do more? We added “frame” around the new glazing to frame both internal and external views. And in return we were able to create a mirror that reflects its surroundings, its community - historic Covington. Depending on your angle of approach some of Covington’s most beautiful and important historic buildings are reflected, and in turn are given new life as part of the new architecture. The frame is wrapped in crisp, light metal panel to reiterate that the building has a new and distinctly modern façade and use. The vertical circulation was wrapped in an aged and weathered metal panel that is reminiscent of the progression of time and ties the new back to the former red brick that once filled the façade. 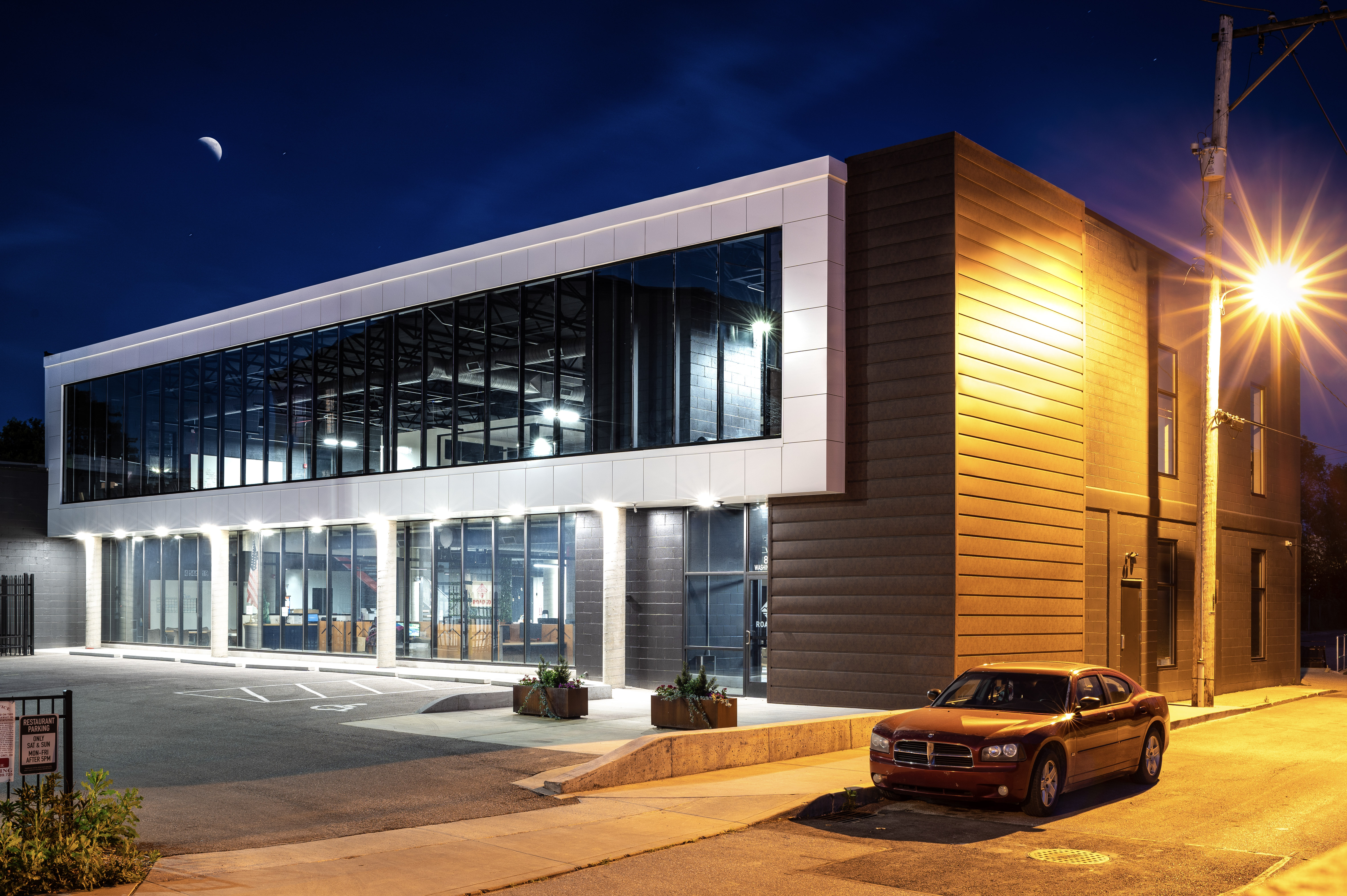 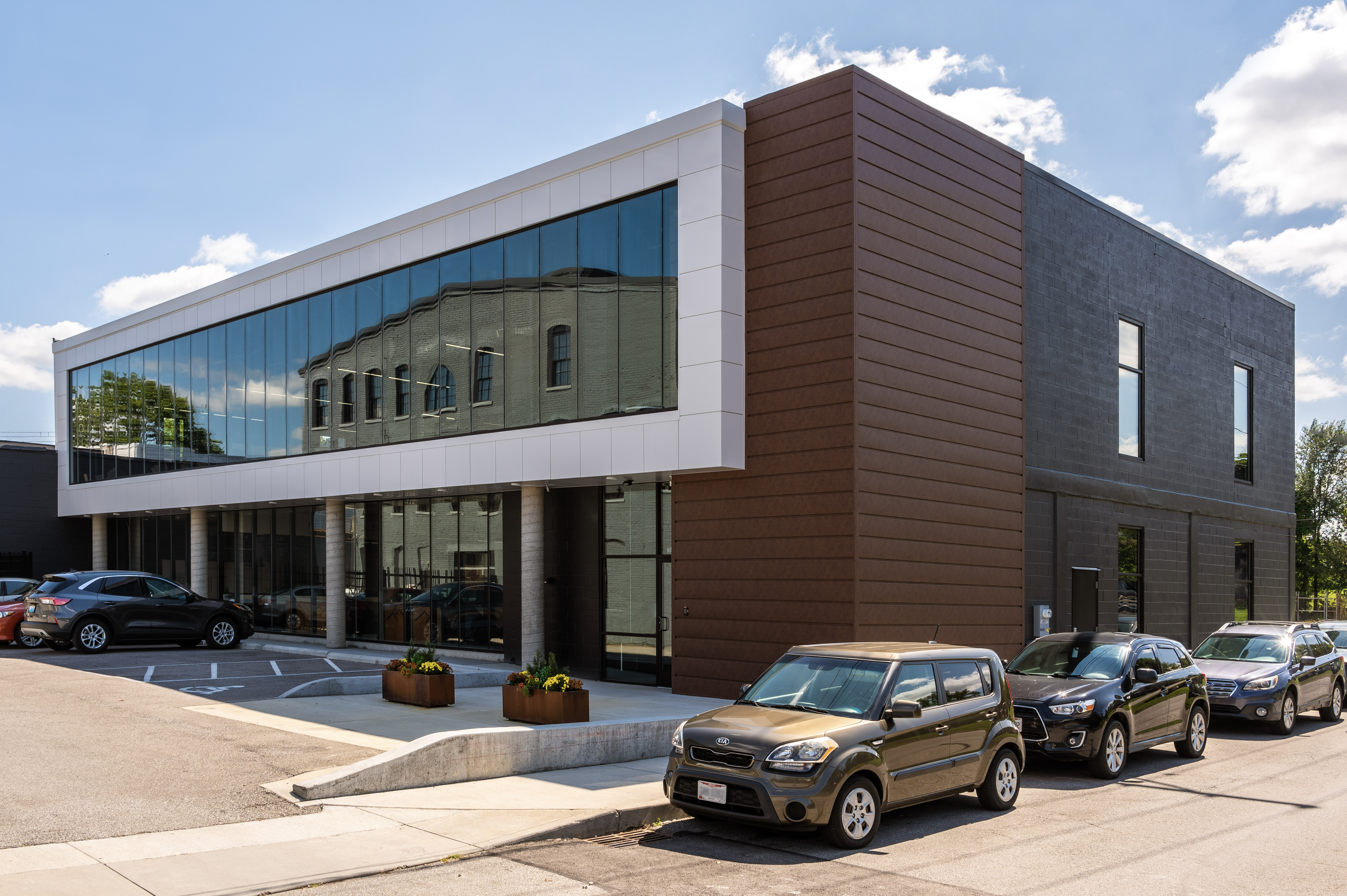 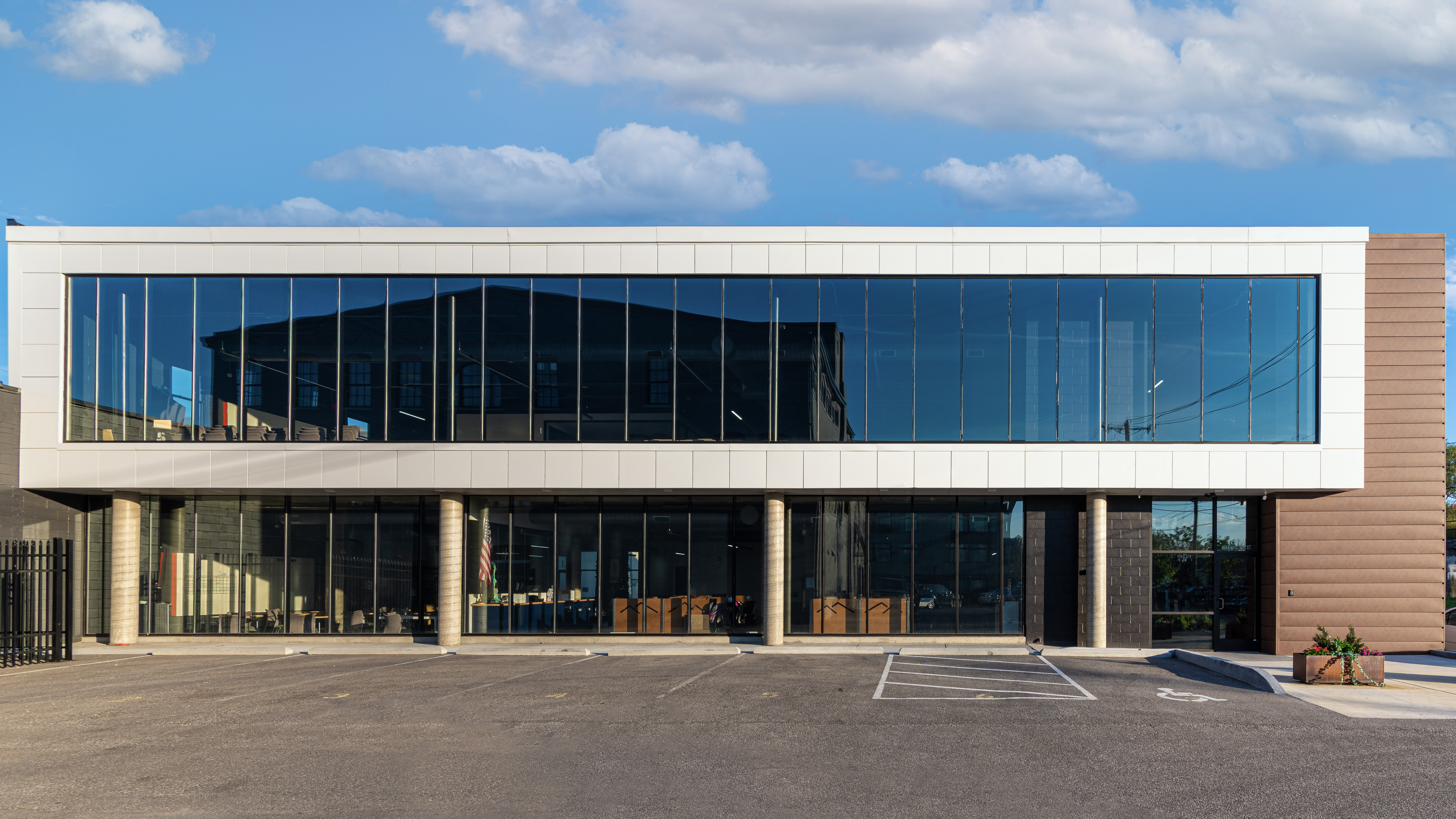 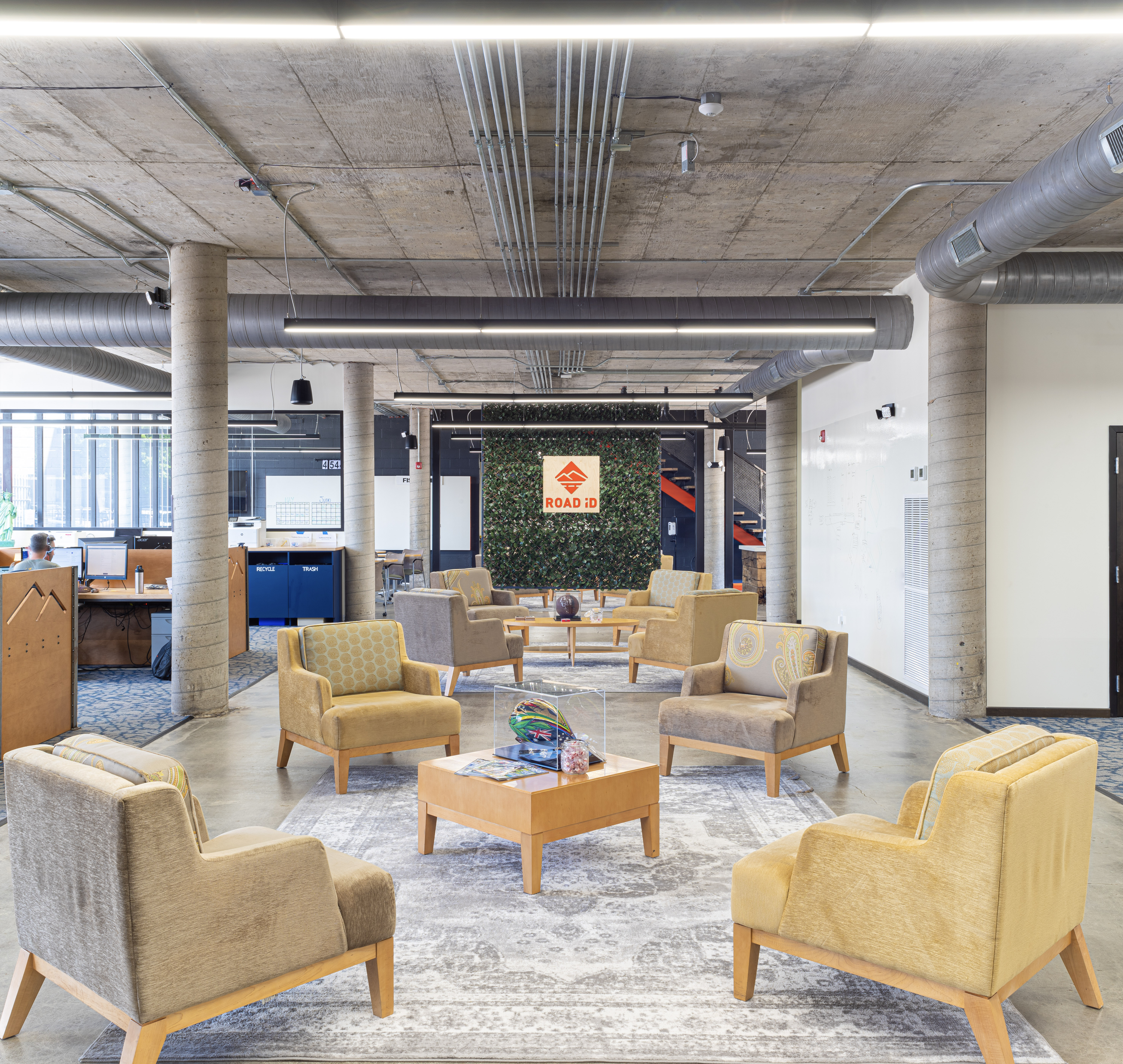 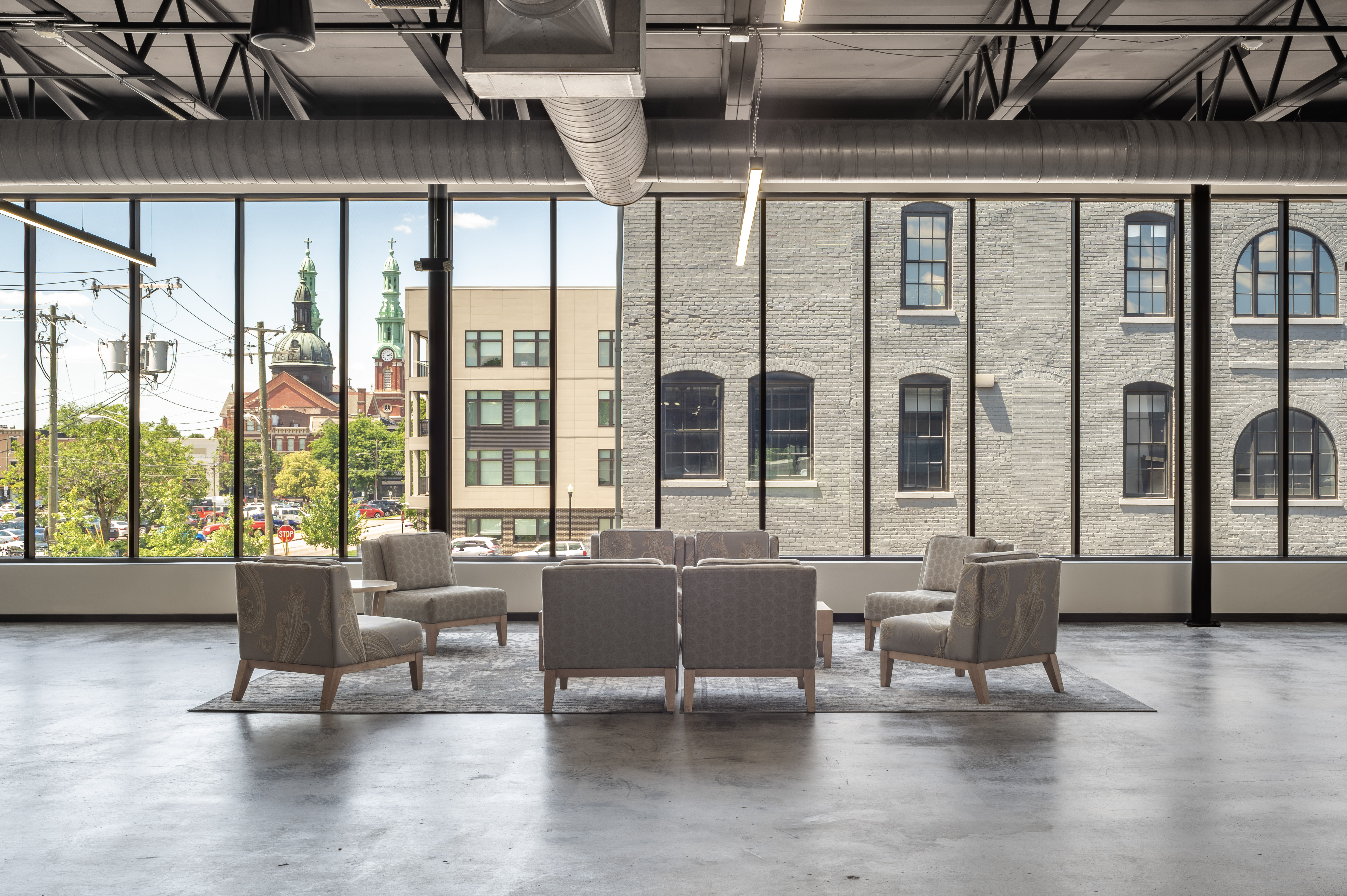 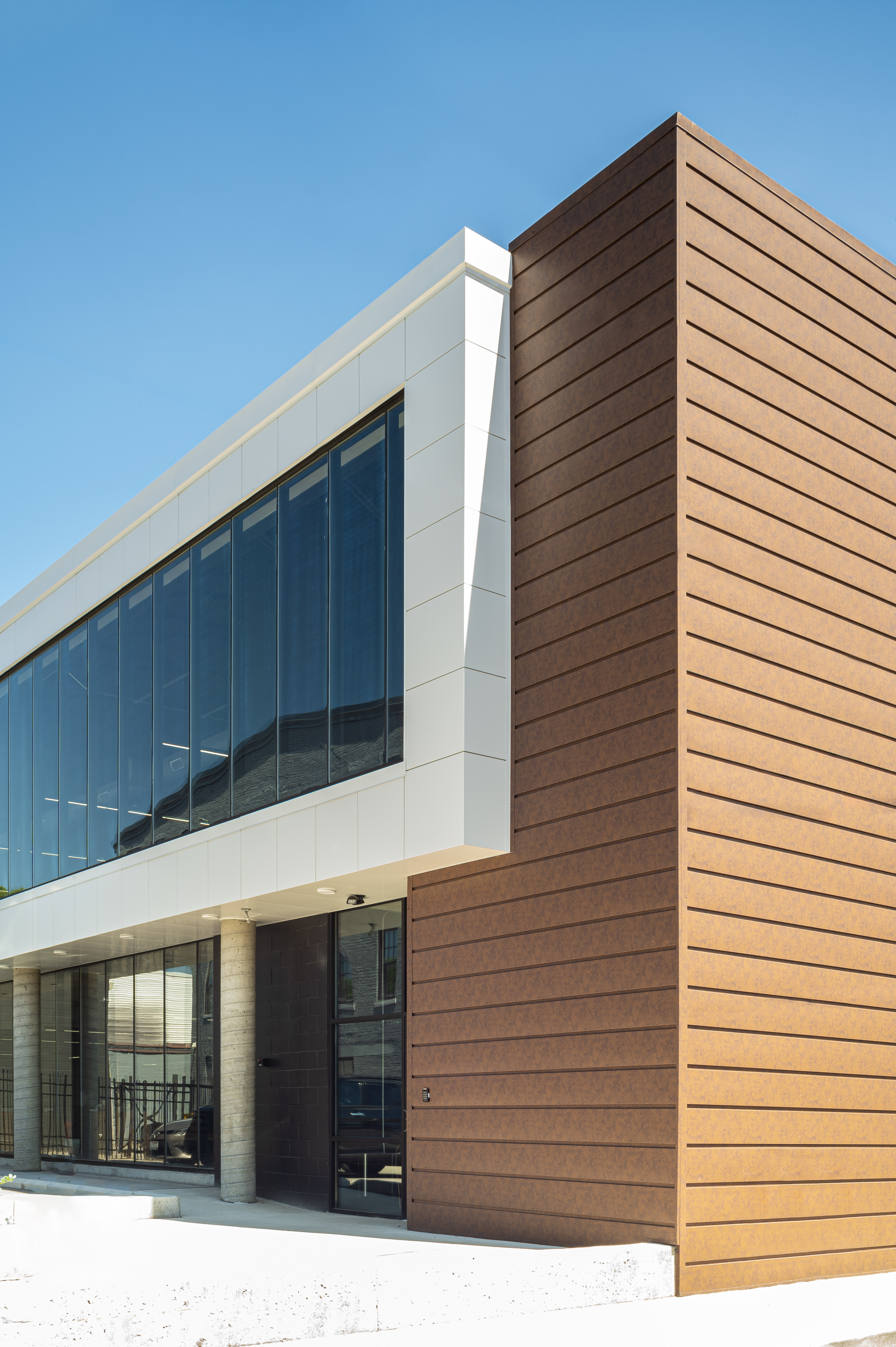 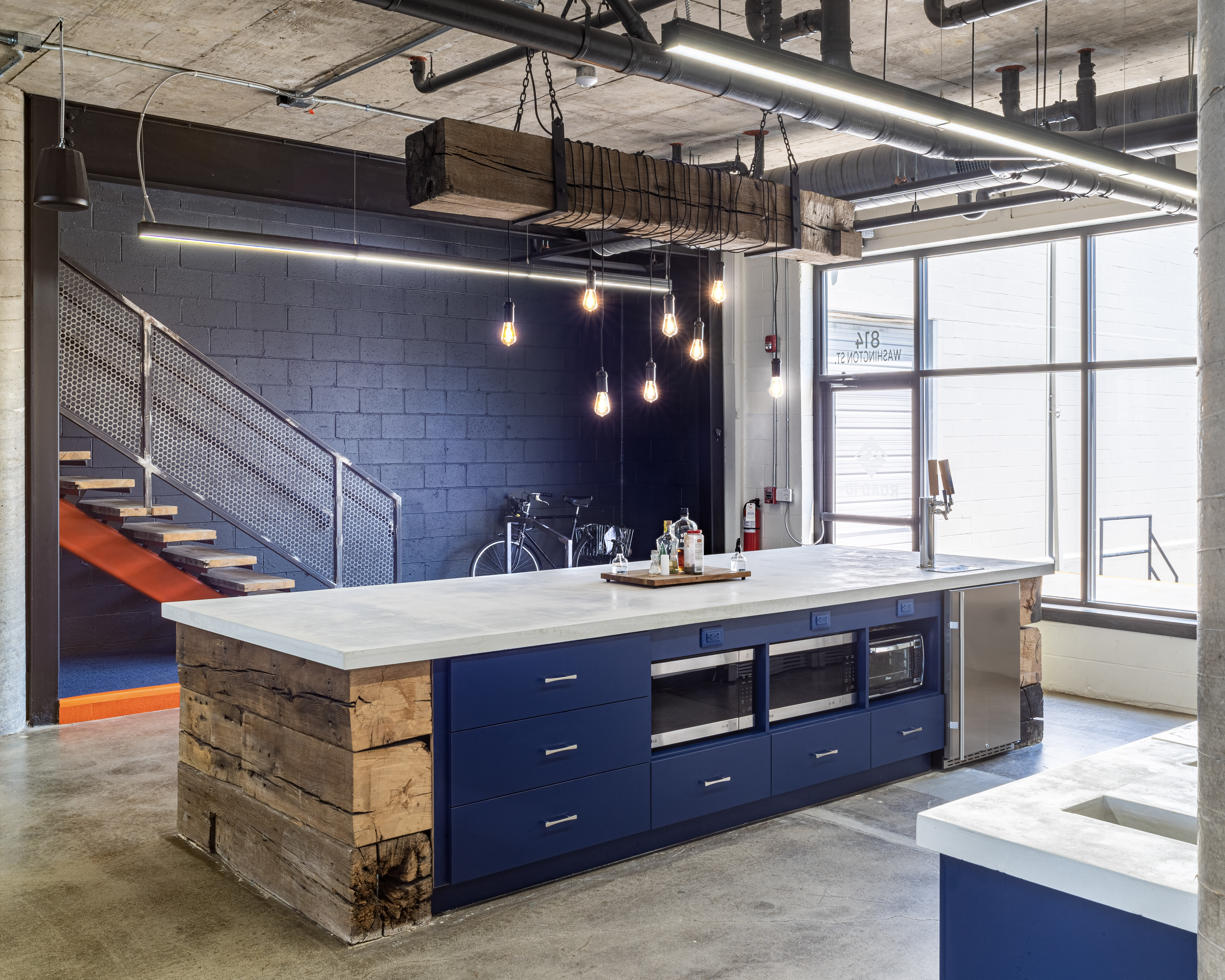 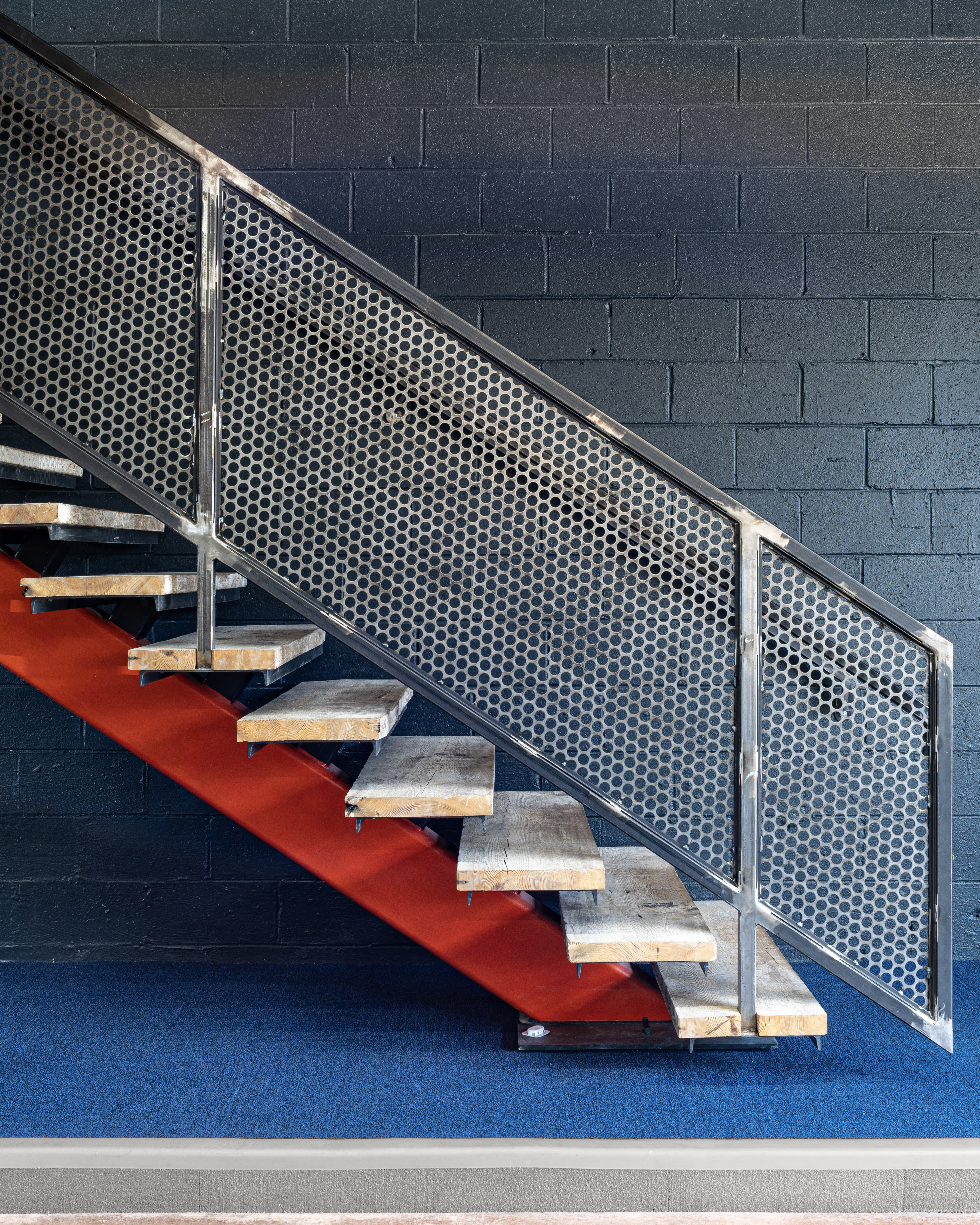