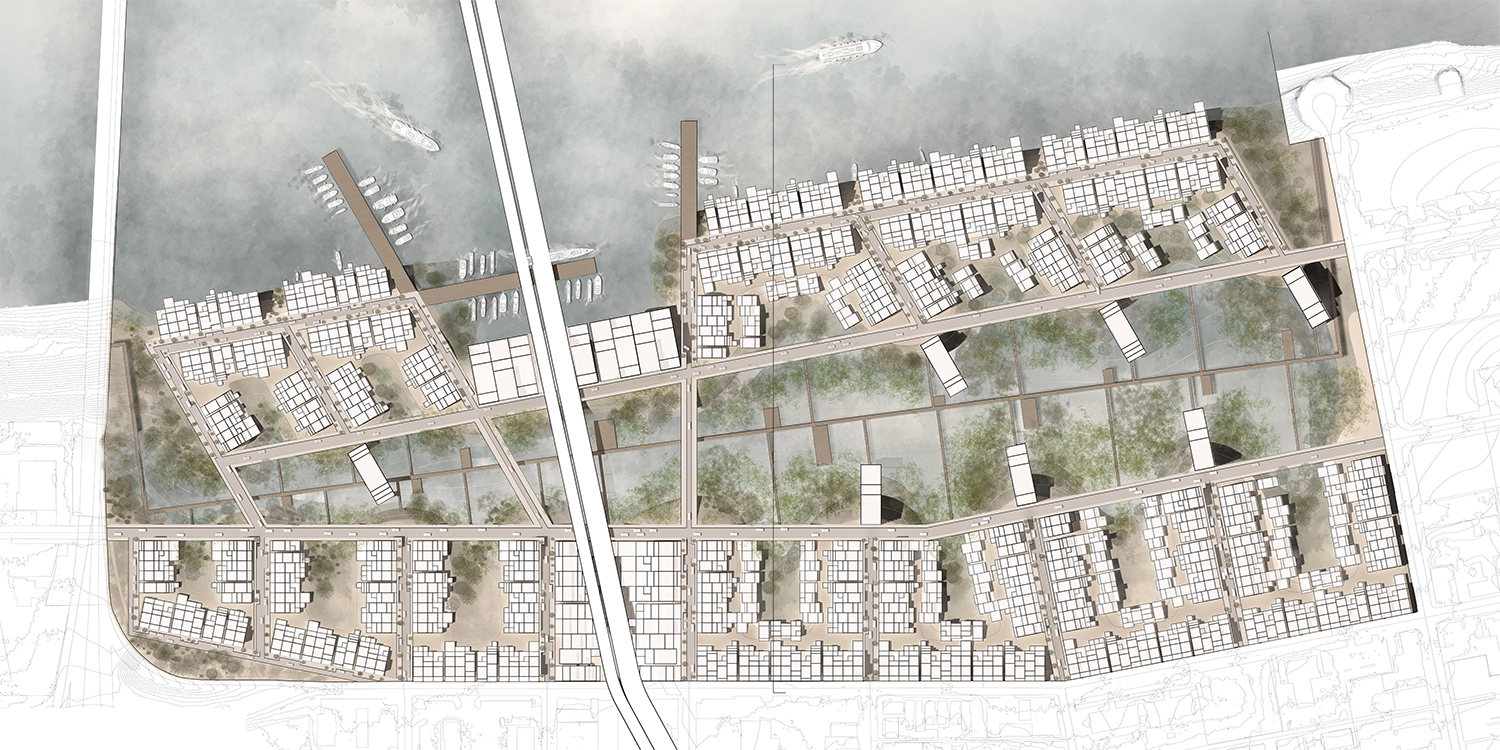 The project is situated on roughly a 50 acre site on the riverfront of Covington, Kentucky. The site is located above 4th street to the south and Madison to the east. A major interstate highway crosses the site to the west, and an elevated railroad intersects the site down the middle.

The vast majority of the existing site is parking lots, warehouses, and corporate buildings. This acts as a major disconnect between Covington and the riverfront. The big idea is to bring in the community to occupy these forgotten spaces then to reconnect the city with the river. This idea generates a stitching gesture that does not just bring in the community, but brings in life. This has a strong impact on nourishing the social life, consumer needs, the production of the city and its ecology.

By placing an urban wetland park in the center of the site this becomes the element that binds and generates a sequence of public spaces. Water is being pumped in from the river to perform ecologically restorative functions such as cleaning and remediating the river. The architecture places itself around the perimeter of the wetlands creating pockets of neighborhoods. These neighborhoods consist of a series of row houses with a live-work condition at their street level. The residents occupy the space above and adjacent to the community gardens. Each neighborhood has its own shared amenities such as gardens, playgrounds and community centers. These neighborhoods, in addition to research centers and mixed use developments, all terrace inwards to bring a new meaning to the in-between spaces of the city of Covington. 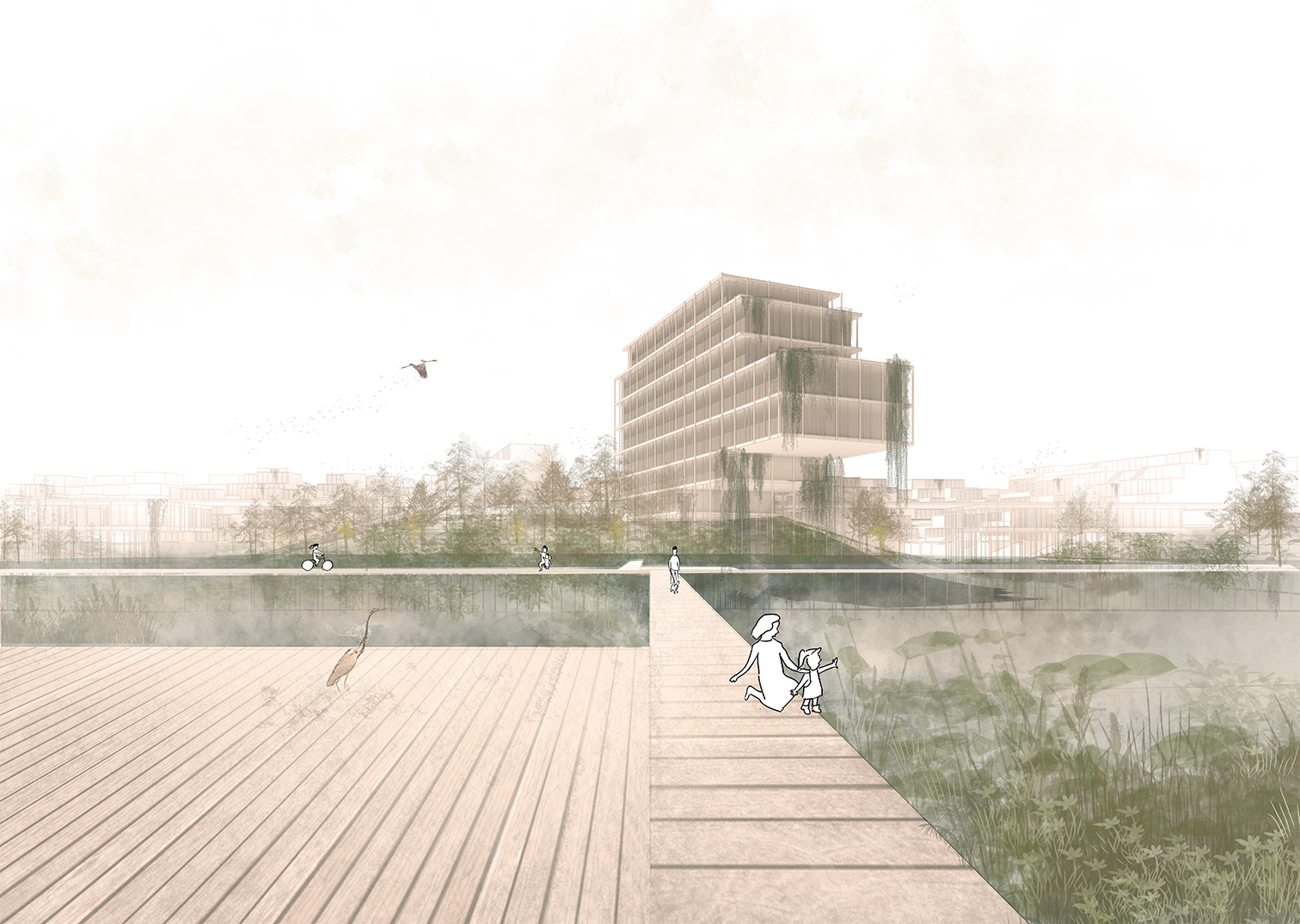 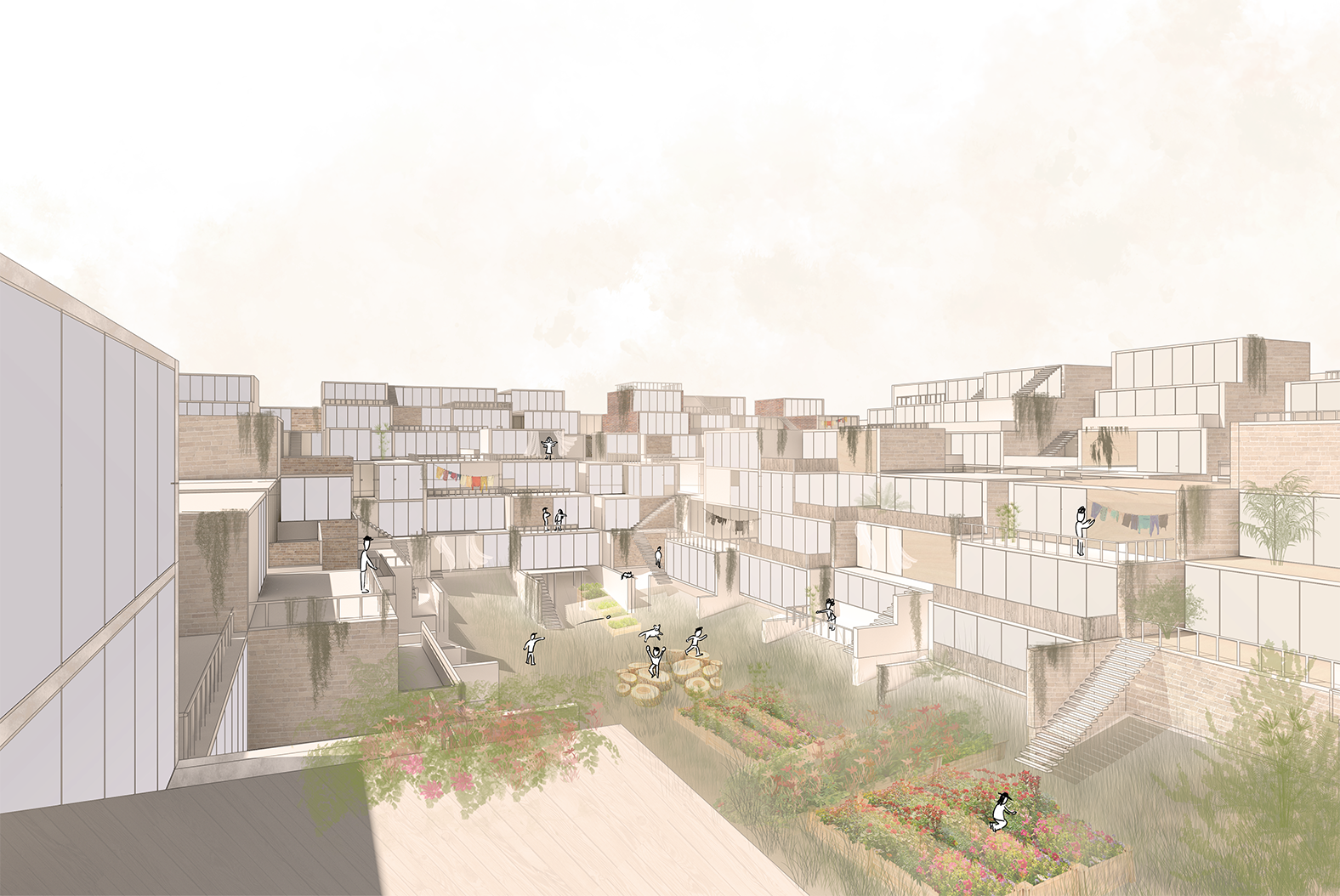 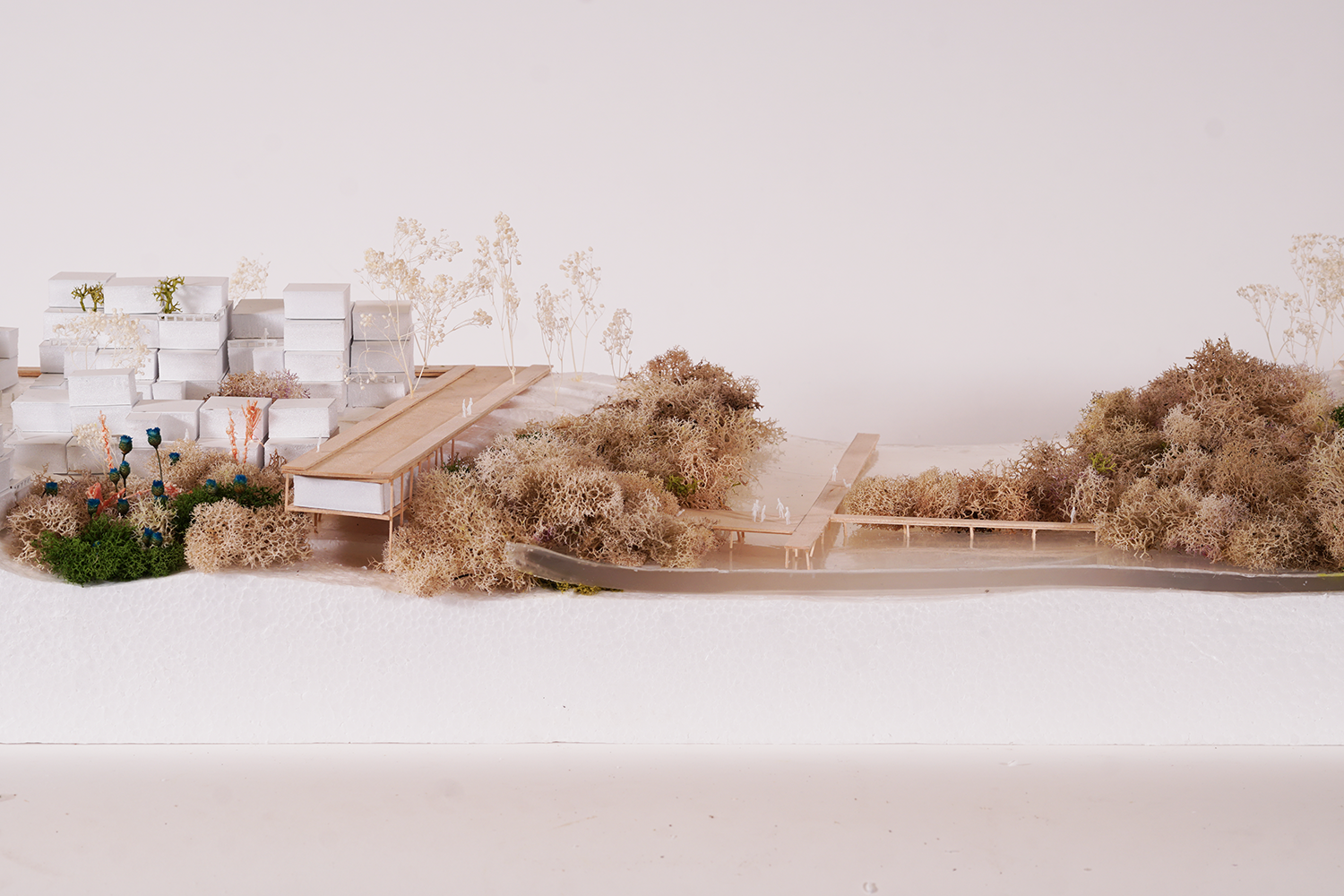 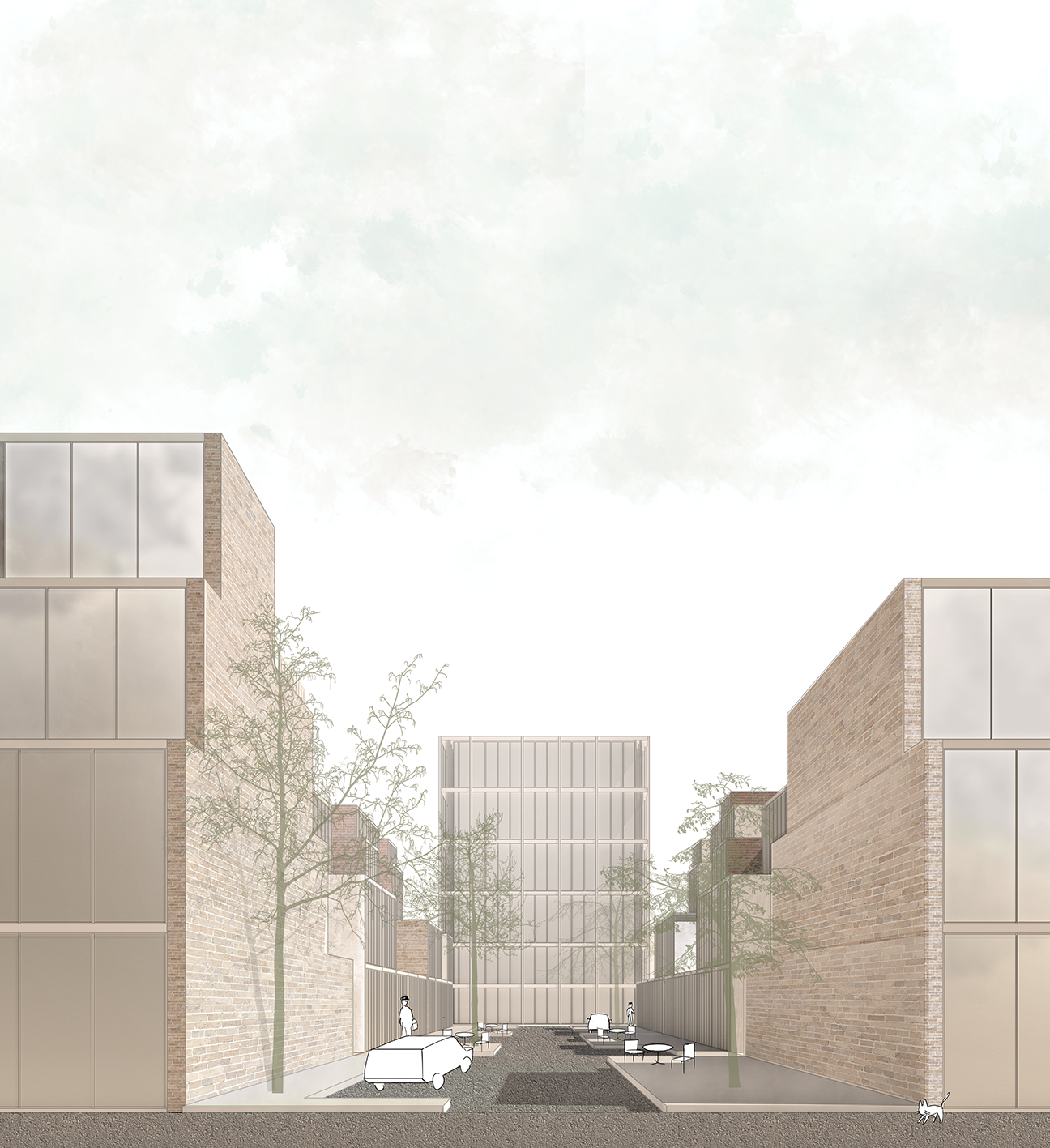 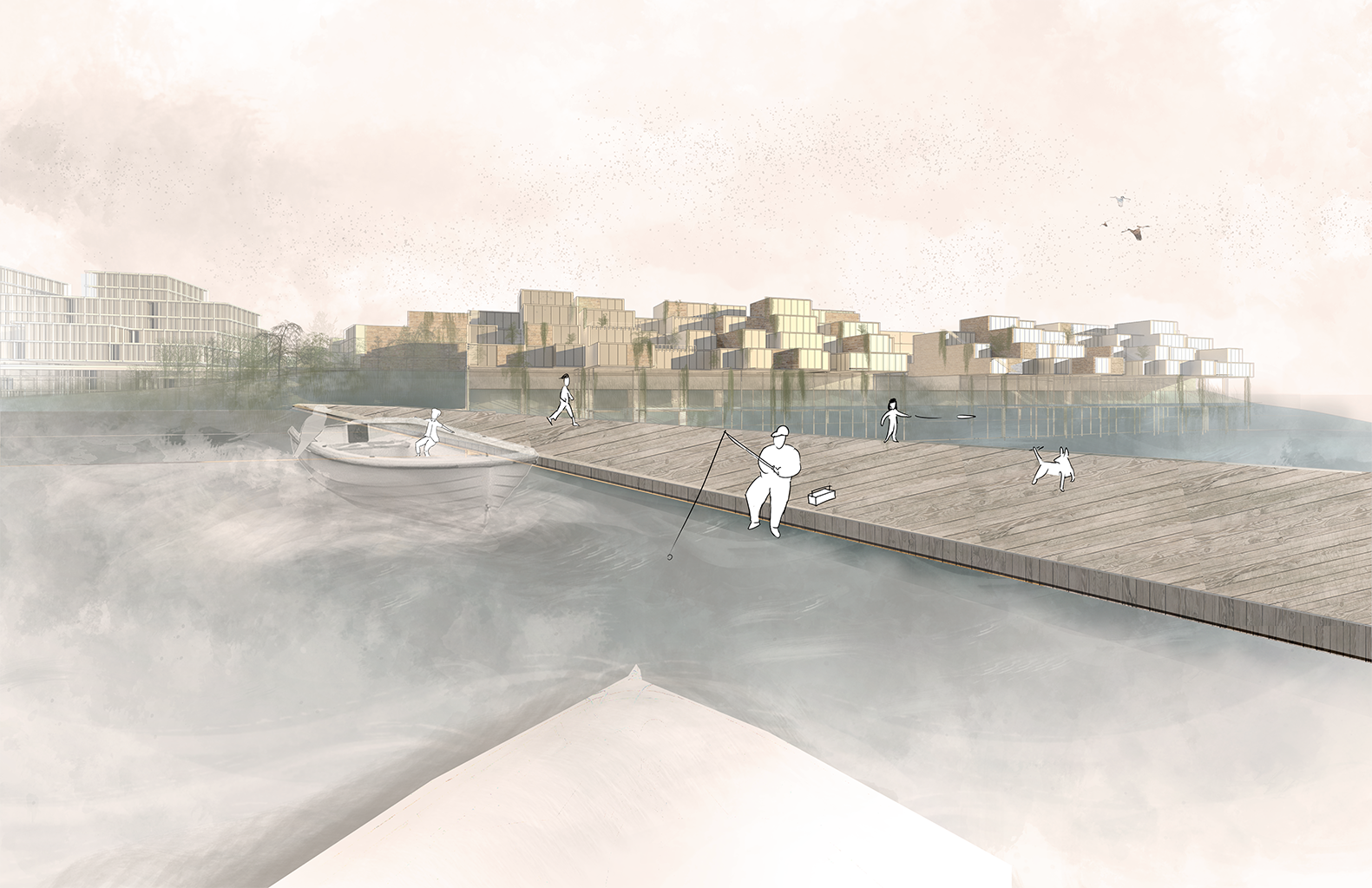 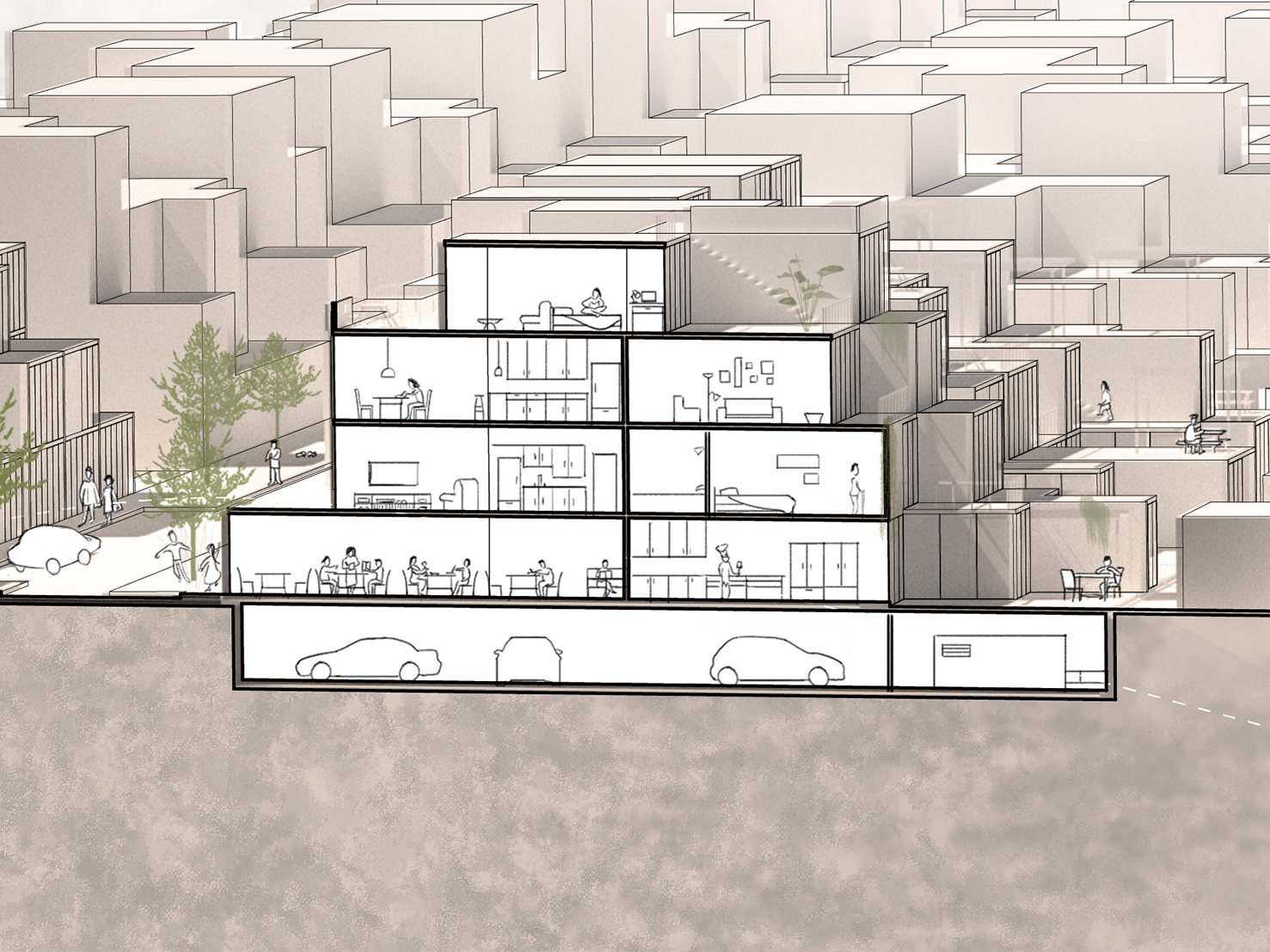 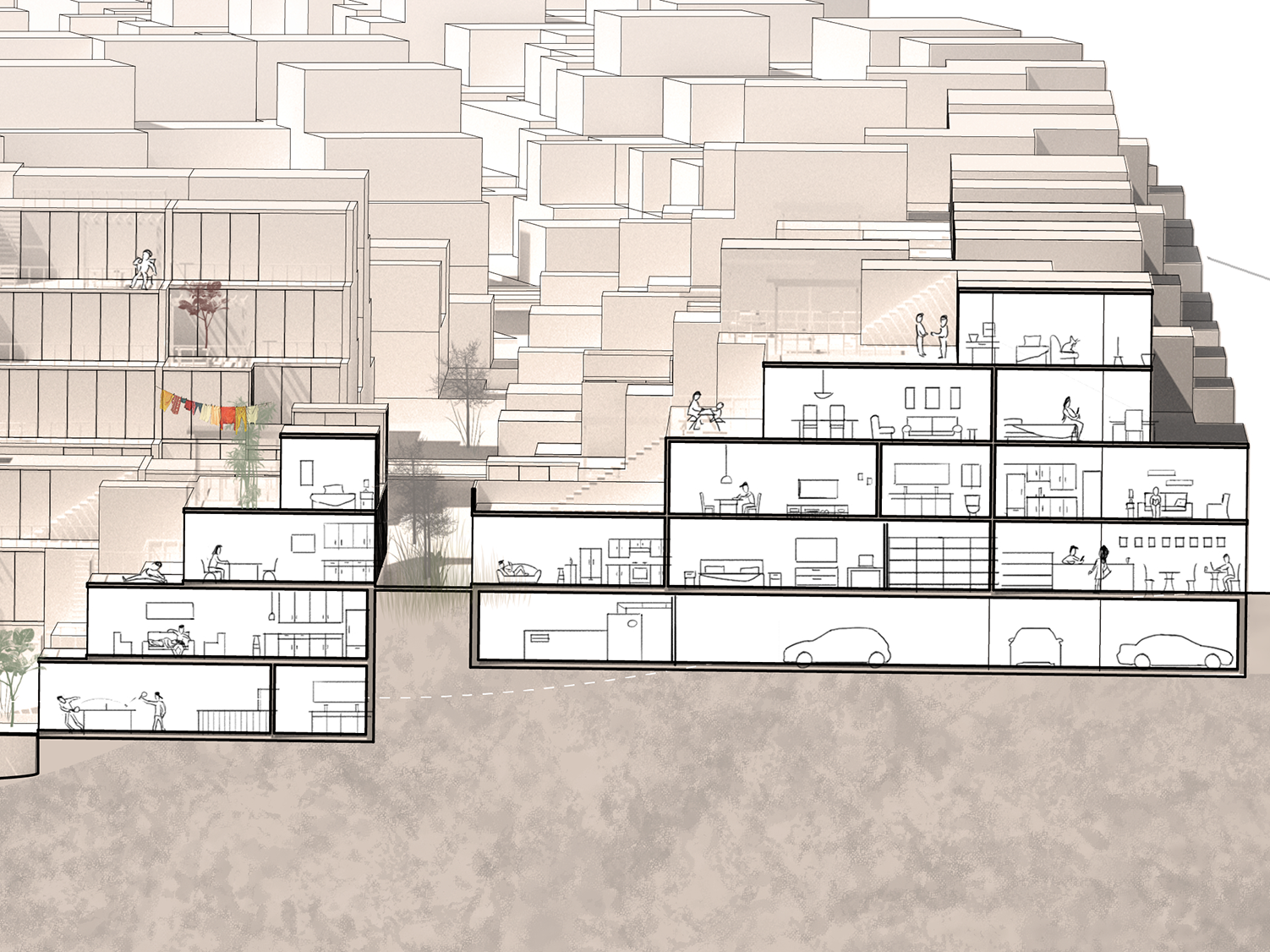 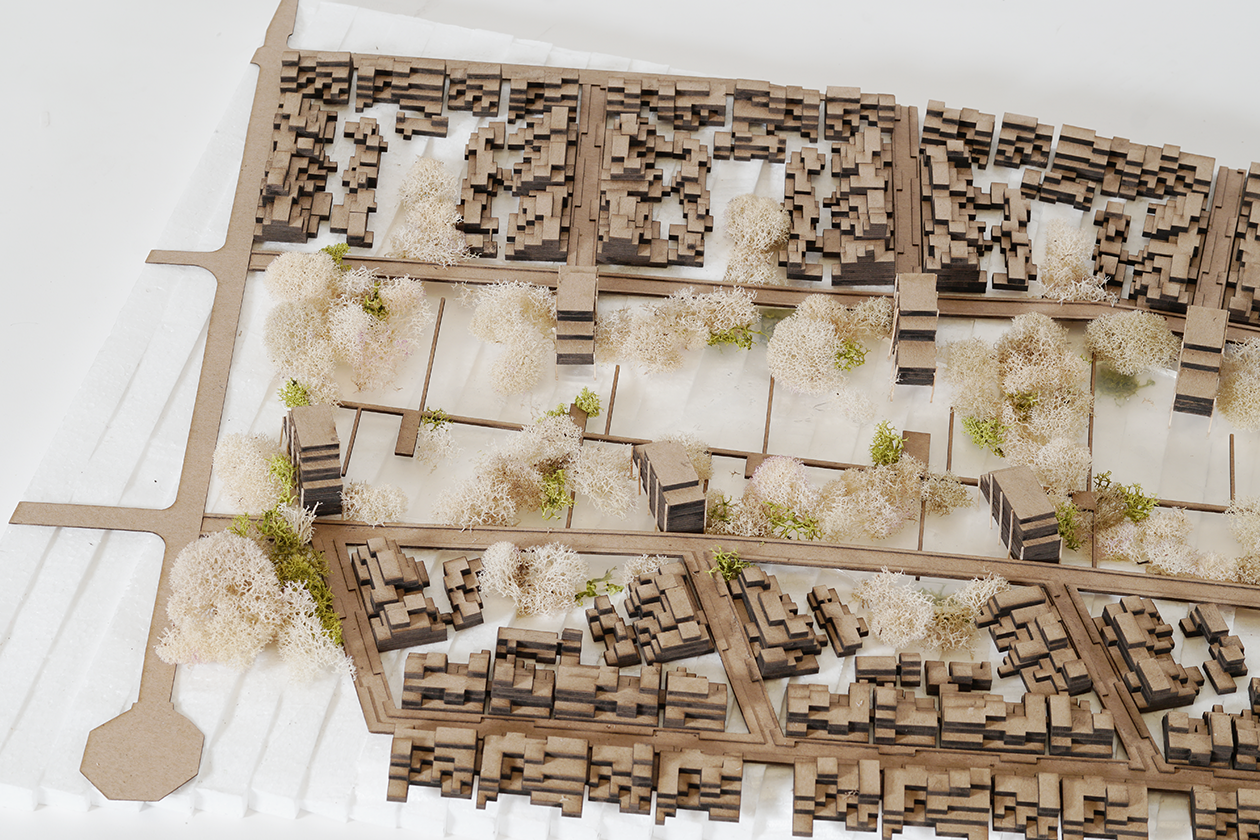 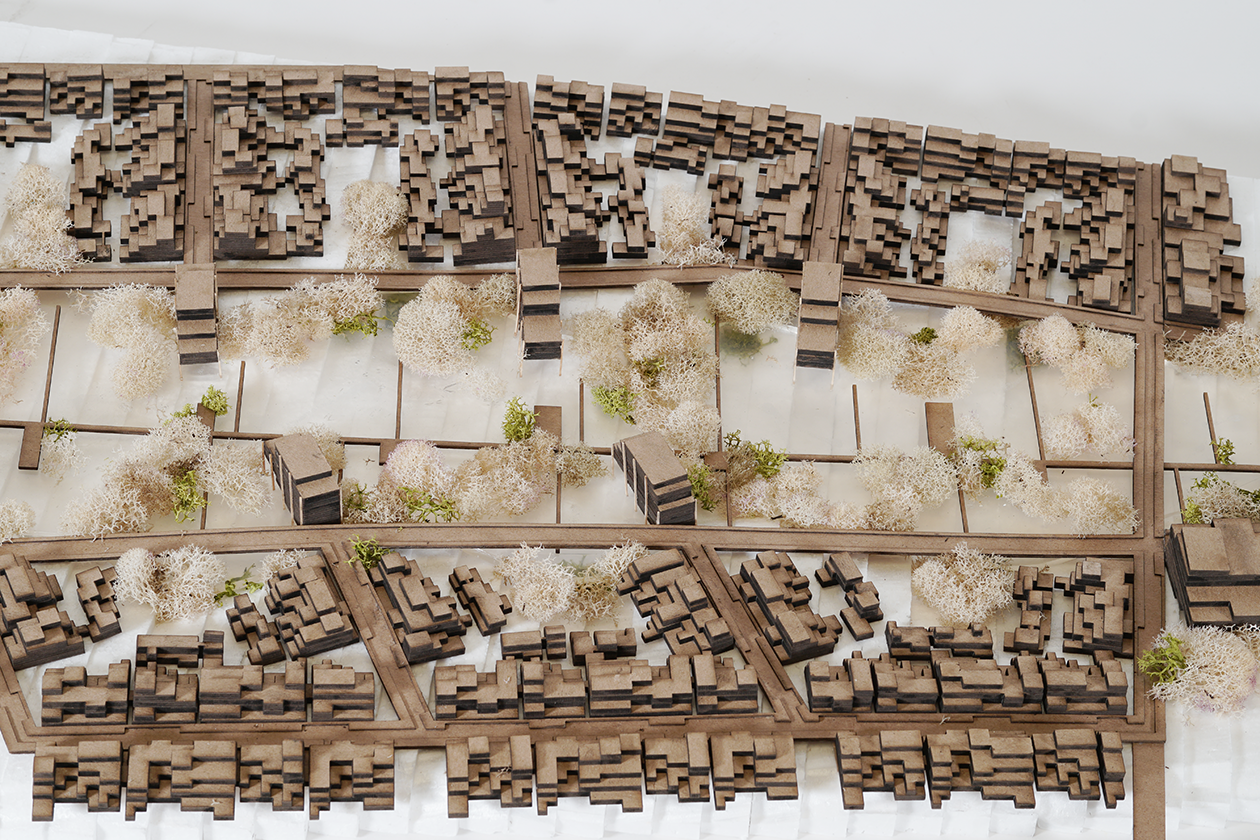 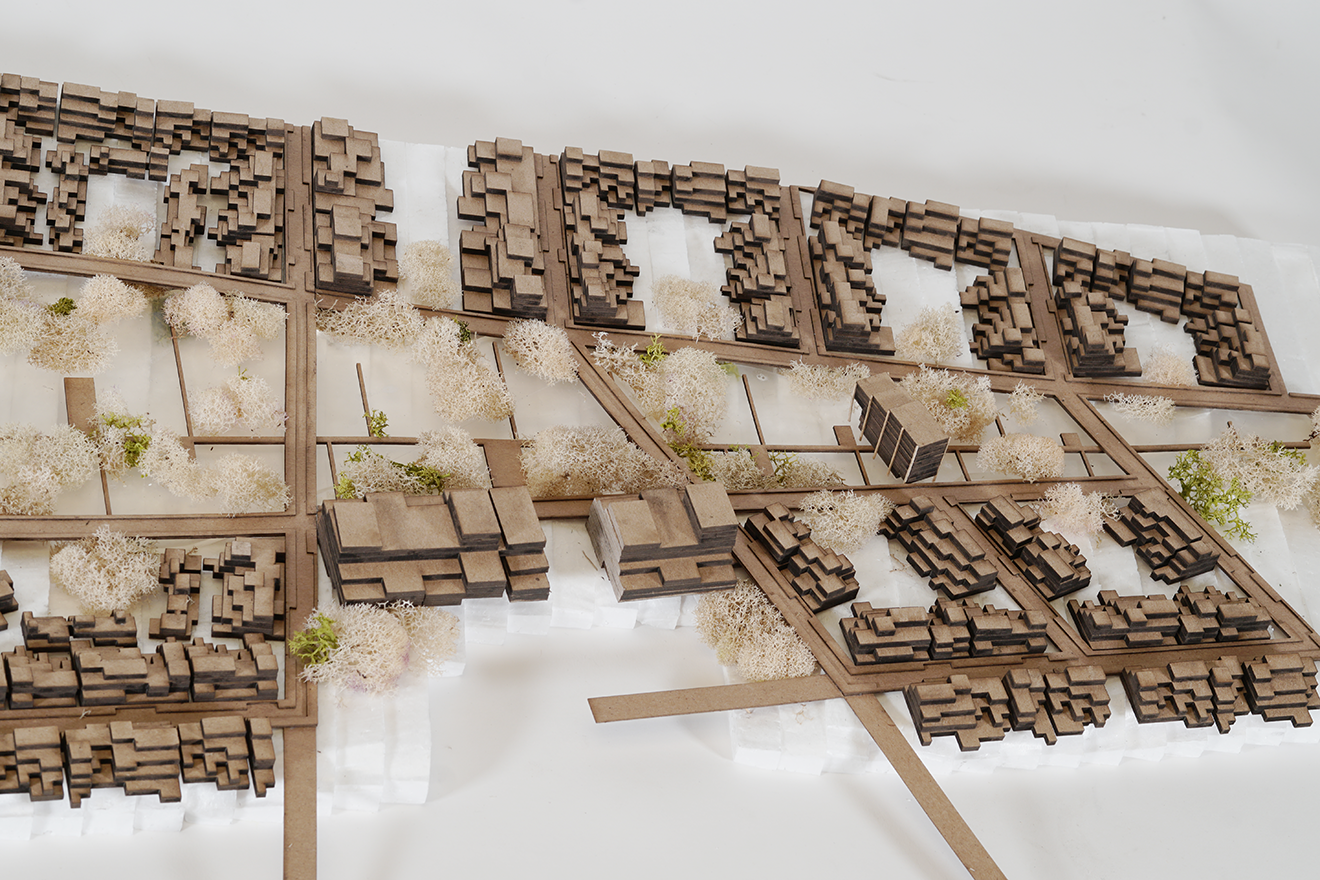 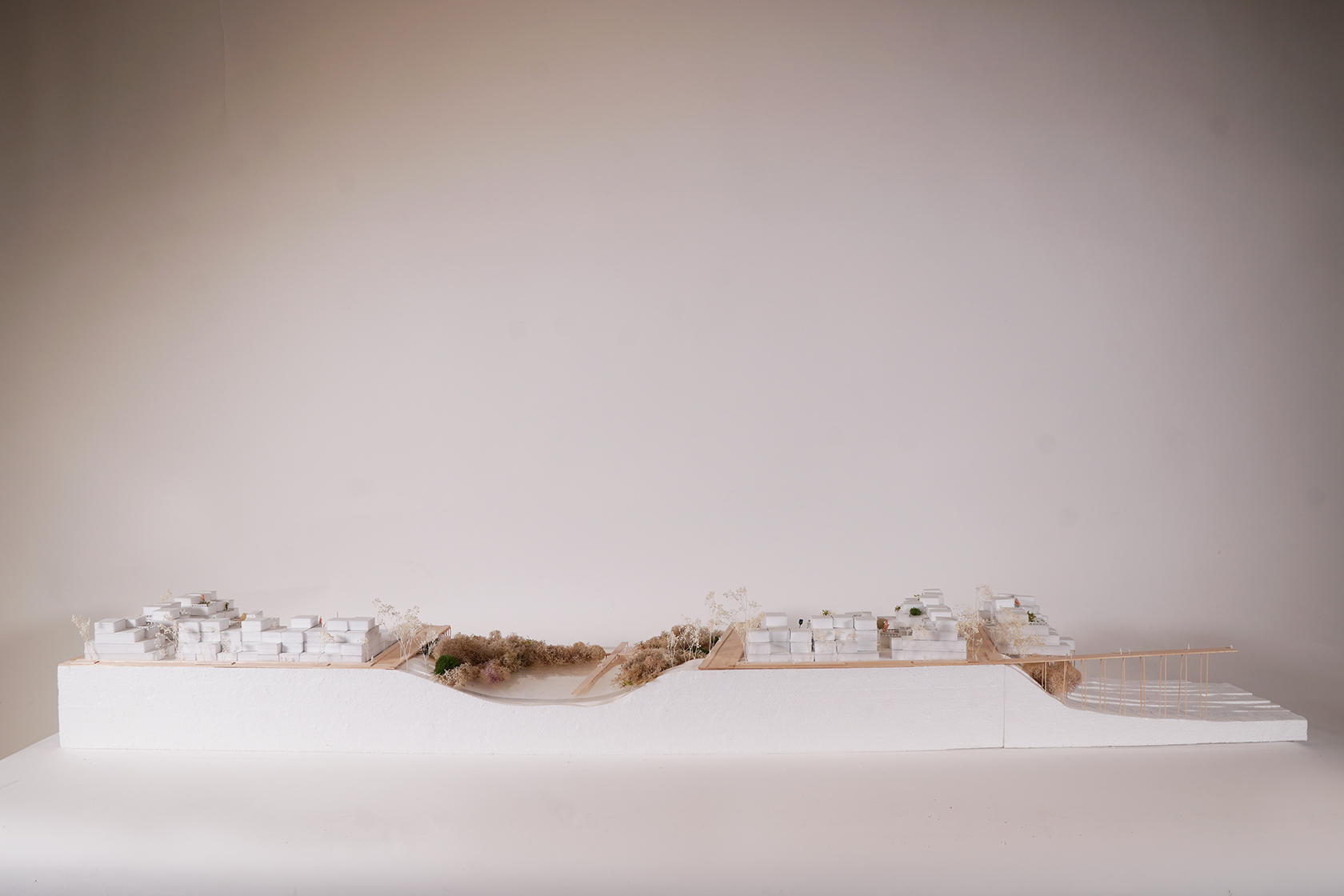 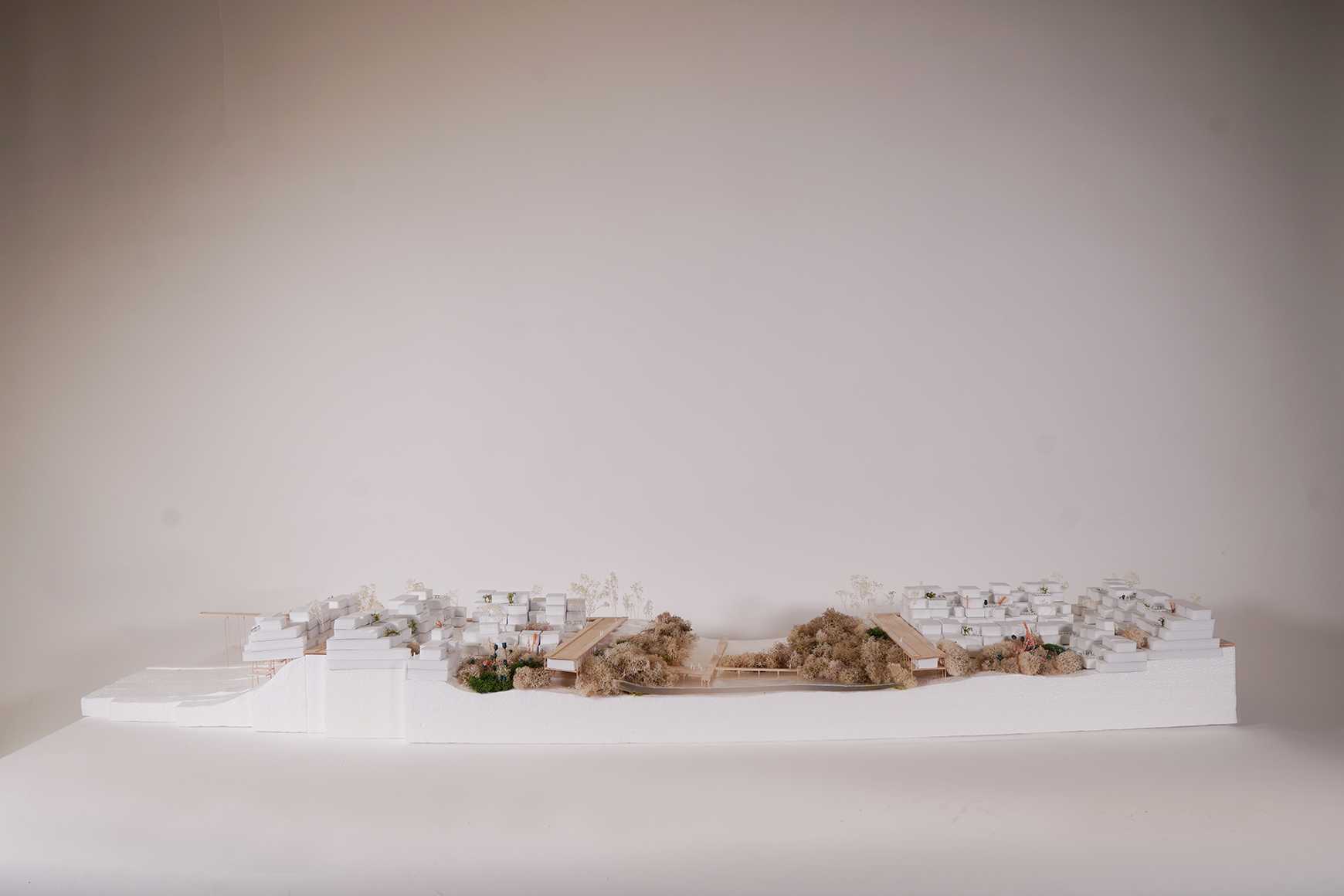 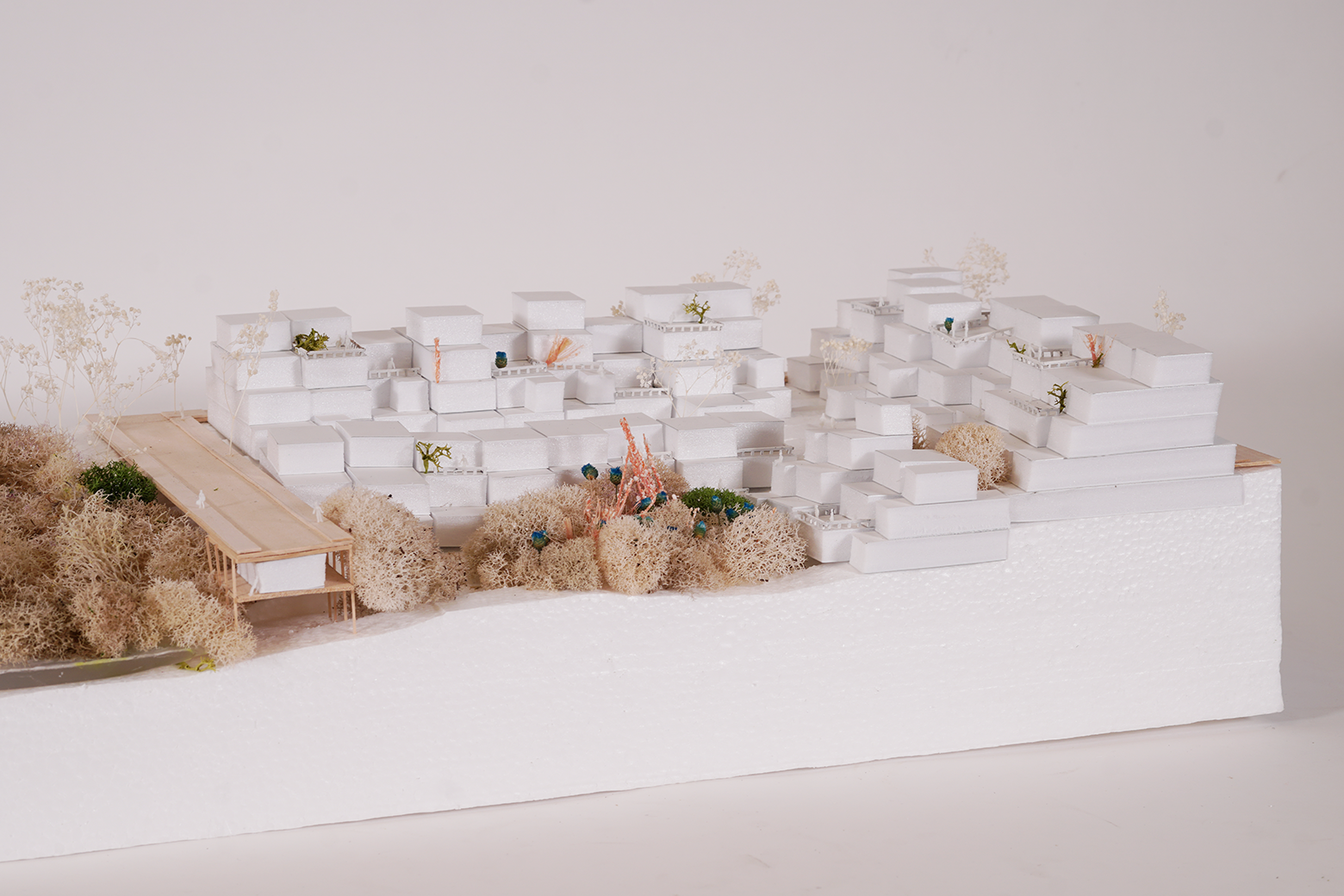