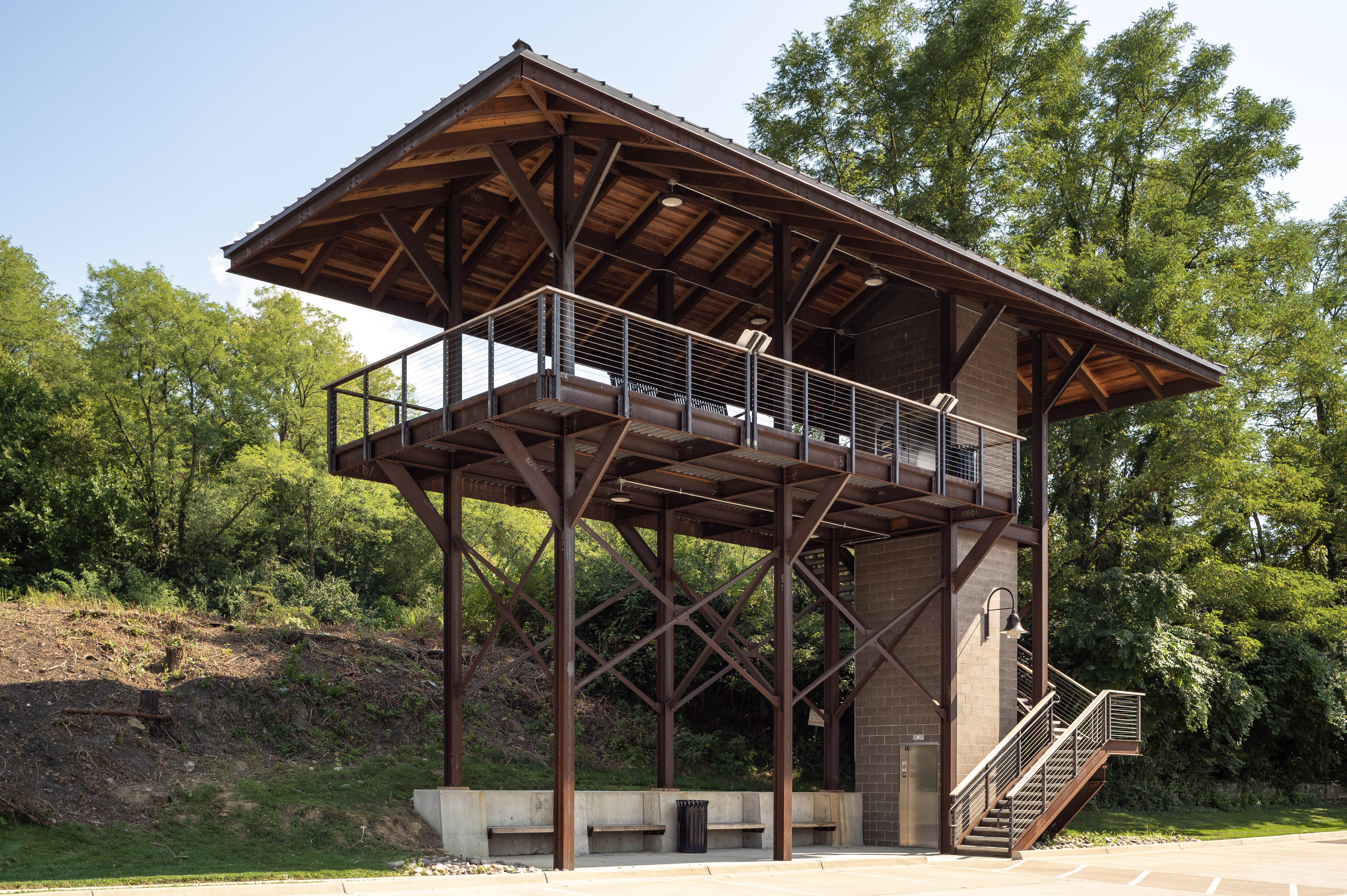 The site is actually a brownfield, which was a main driver for the project from the start. Up until the mid-50s, the M.J. Daly Co. dye manufacturing plant across the street used the property as chemical storage. By the time our client acquired it, barrels of chemicals had contaminated the soil and required containment with a below-grade fence and clay cap, preventing anything from being built on top due to the inability to dig for foundations. Soil samples were taken across the site, but the thickness of the clay cap varied so much that there were areas with less than 4” of top soil, causing issues. Re-grading of the site, the location of the footings for the platform (just outside the containment area), underground utilities, and drainage all had to be carefully designed and executed so as not to disturb the seal. The asphalt parking lot is actually serving as an additional “cap” to contain the toxic soil.

The form is based on the old passenger train station platforms that were ubiquitous in small railroad towns throughout the country. The proportions, simple roof shape, and large overhangs speak to that style. Materials like weathering steel for the structural elements and exposed concrete for the platform and elevator shaft were inspired by the industrial history and bring a more modern feel to the whole structure. Warm wood on the railings and underside of the roof softens the material palette and relates to the traditional wood ties of the tracks. Because of the difference in grade, the goal was to bring visitors up to the level of the trains.

The 20’ high platform is supported by 10 steel columns. A steel stair at the south end wraps around the burnished concrete block elevator shaft. A wide, overhanging metal roof protects the platform from the sun and elements. Oversized concrete footings also act as a retaining wall against the hillside, allowing viewers to get as close to the train tracks as possible.

The Greater Cincinnati area, and Ludlow in particular have a deep connection to the railroad industry. This part of Ludlow existed because of that rail line and there are still many buildings and industries in Ludlow influenced by the industry. The platform allows people to see the trains up close and learn about the history of the industry in their city. Looking north, you can see across the river to the rail yard at Union Terminal. Construction of the platform definitely caught the attention of some local train enthusiasts.

The weathering steel, concrete, and cedar are all materials that age gracefully, so the train platform you see today is different than it looked when it was completed two years ago and different from how it will look two years from now. 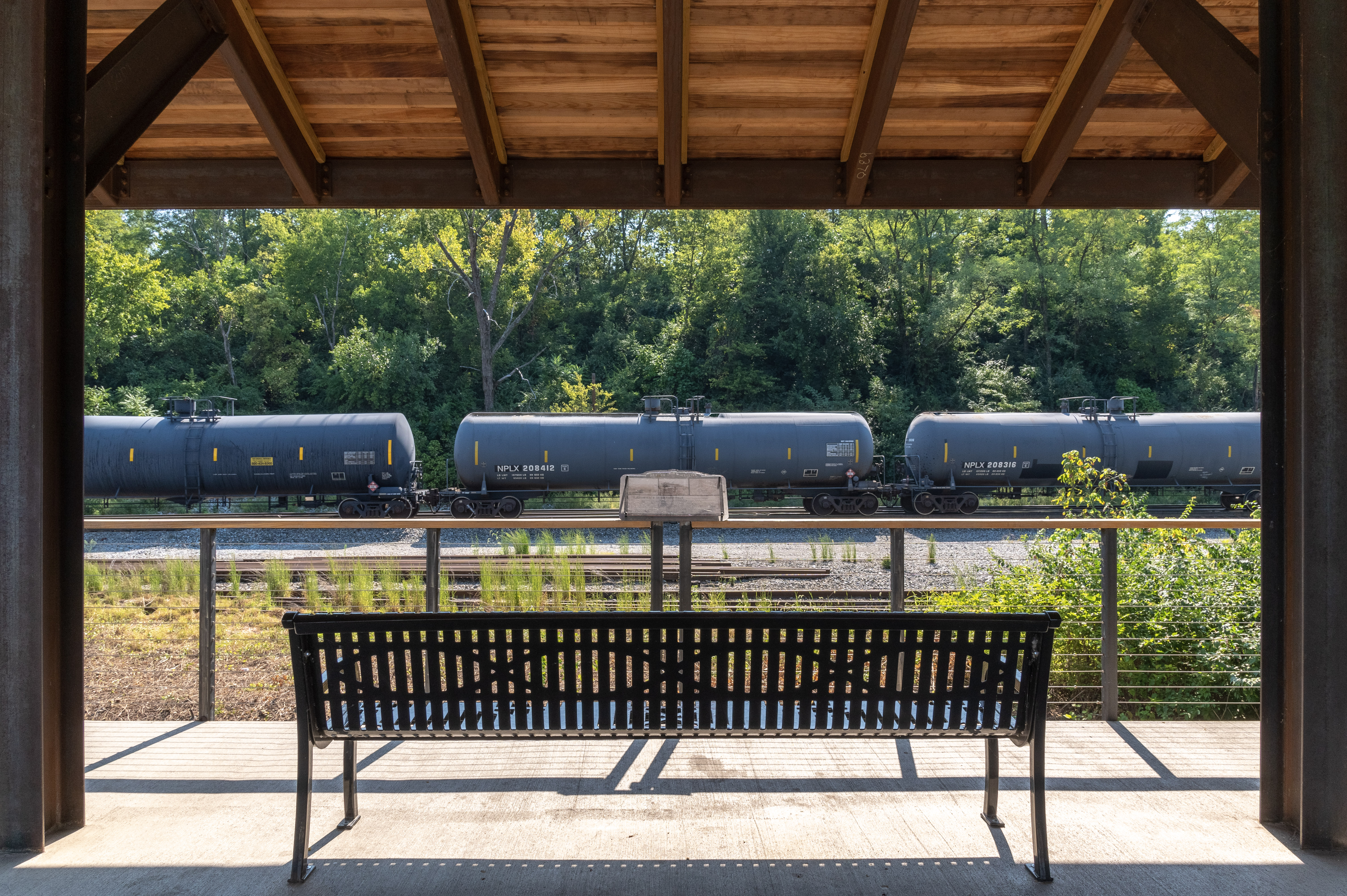 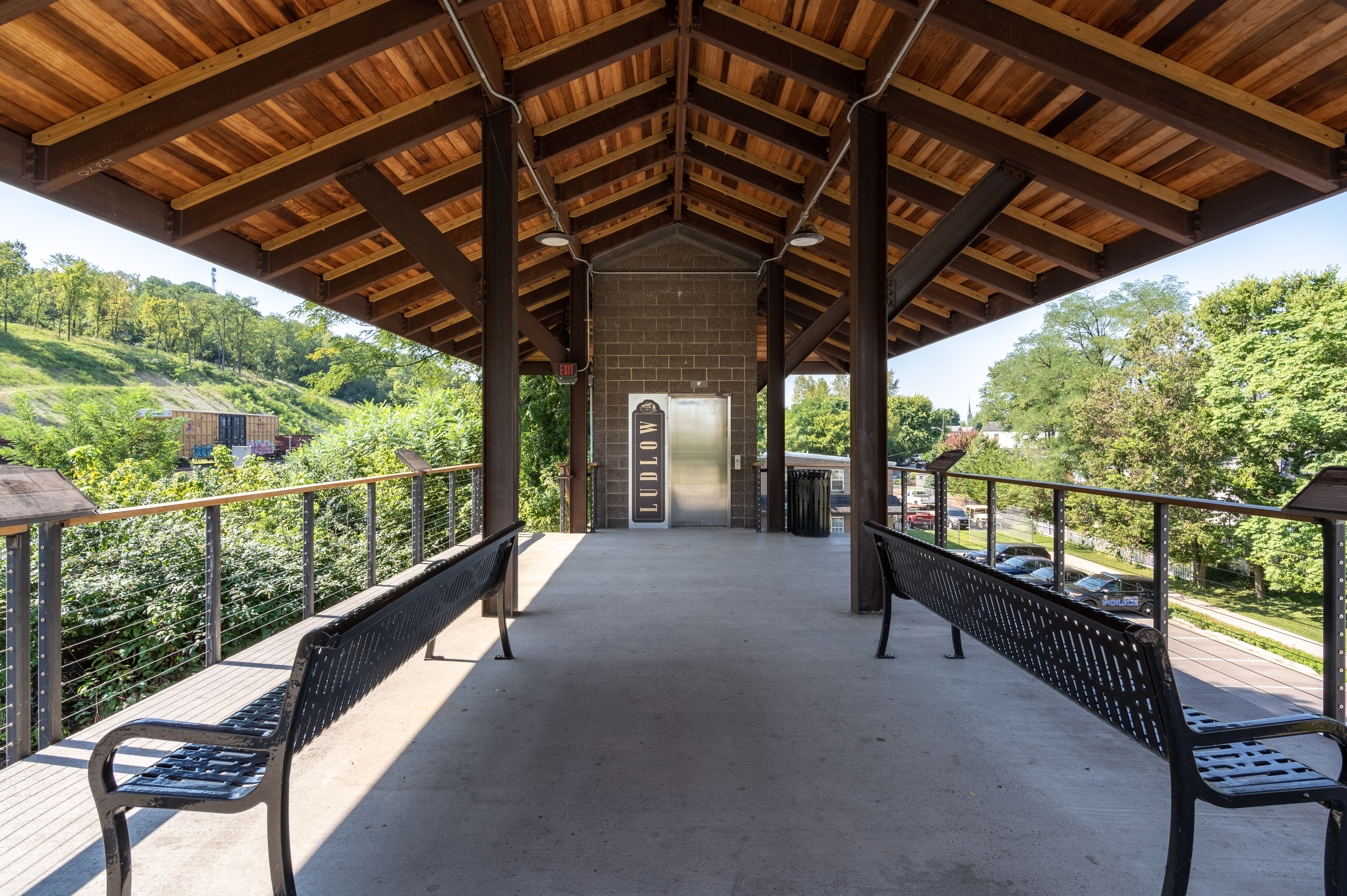 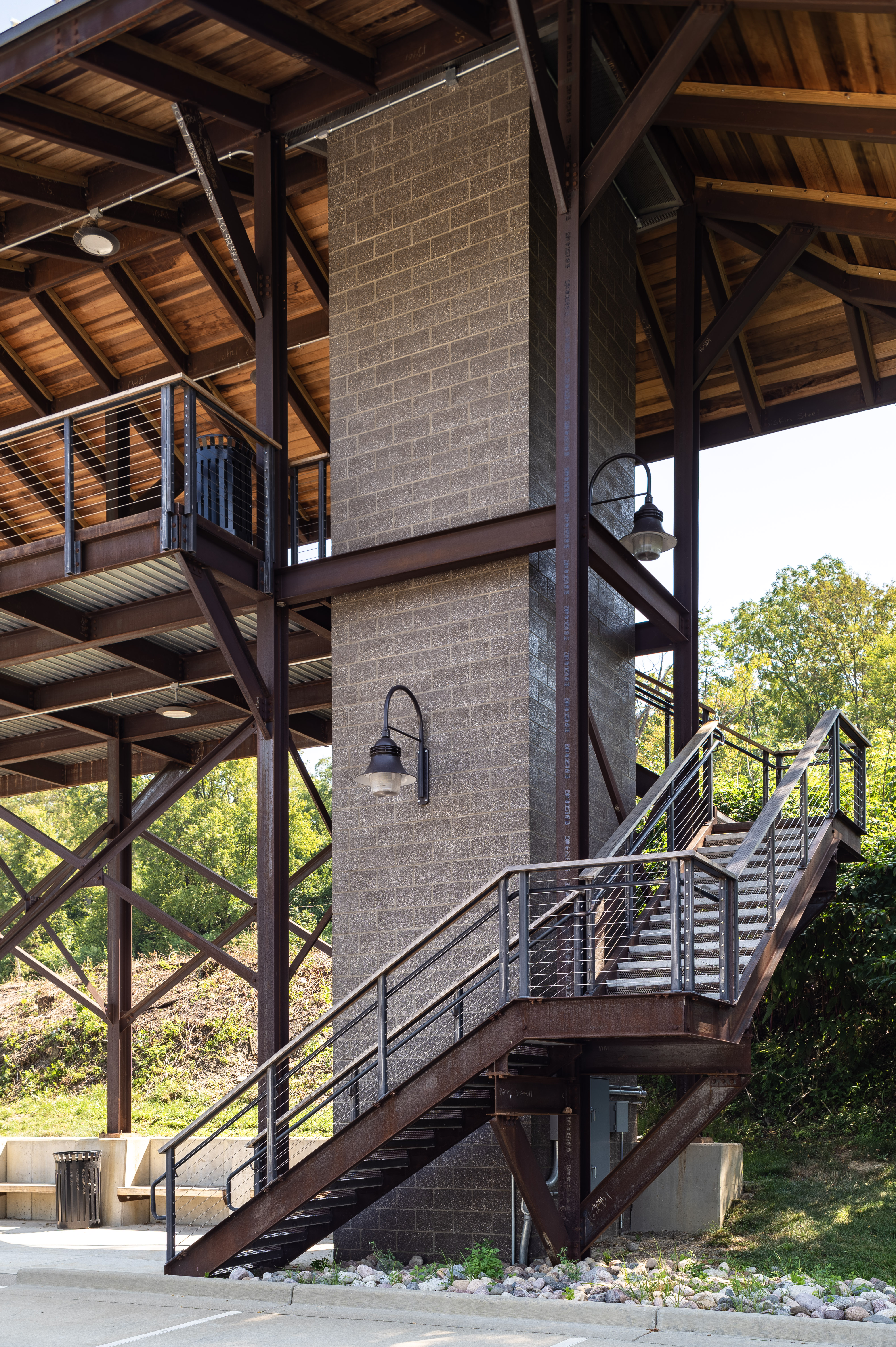 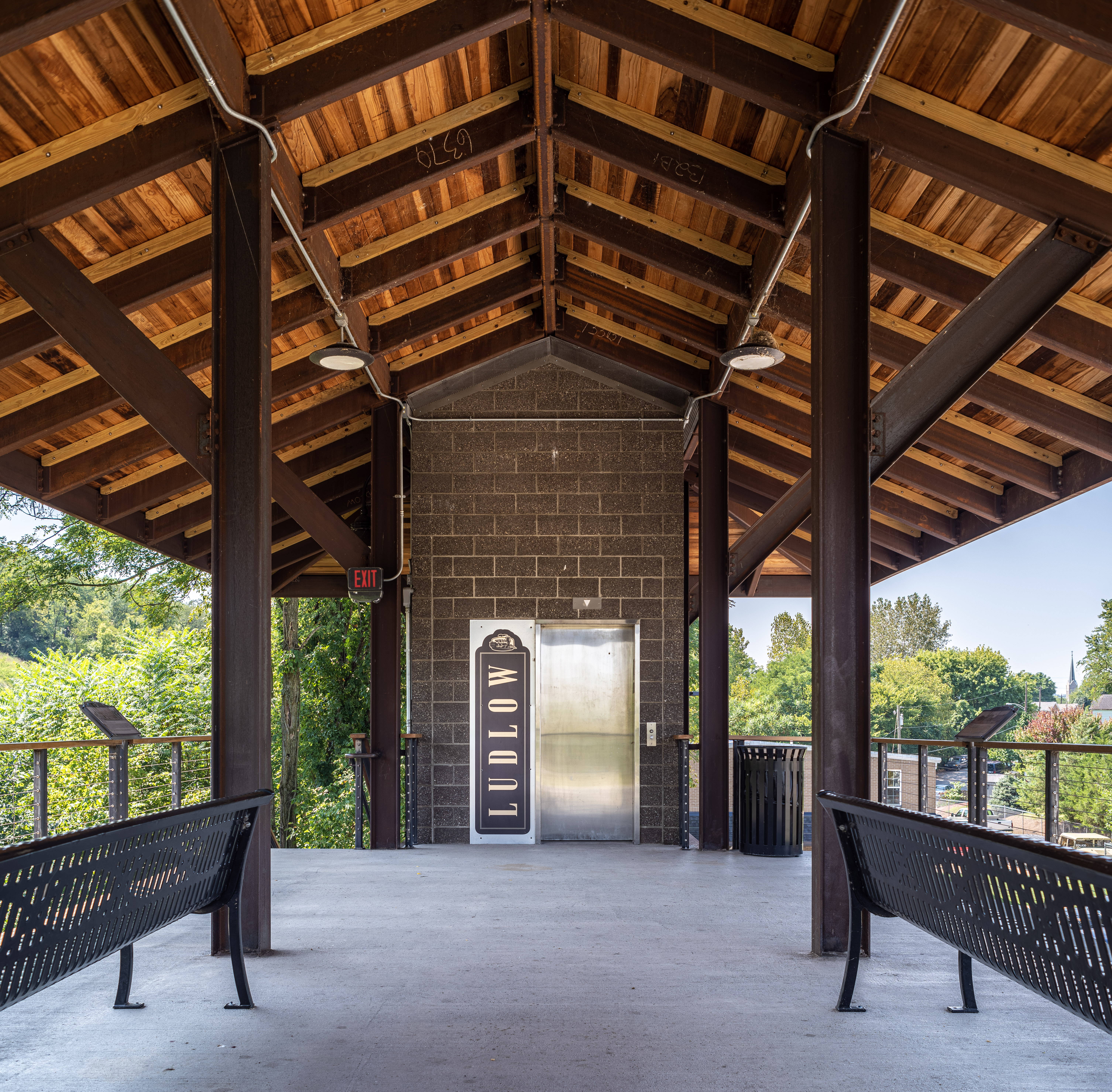 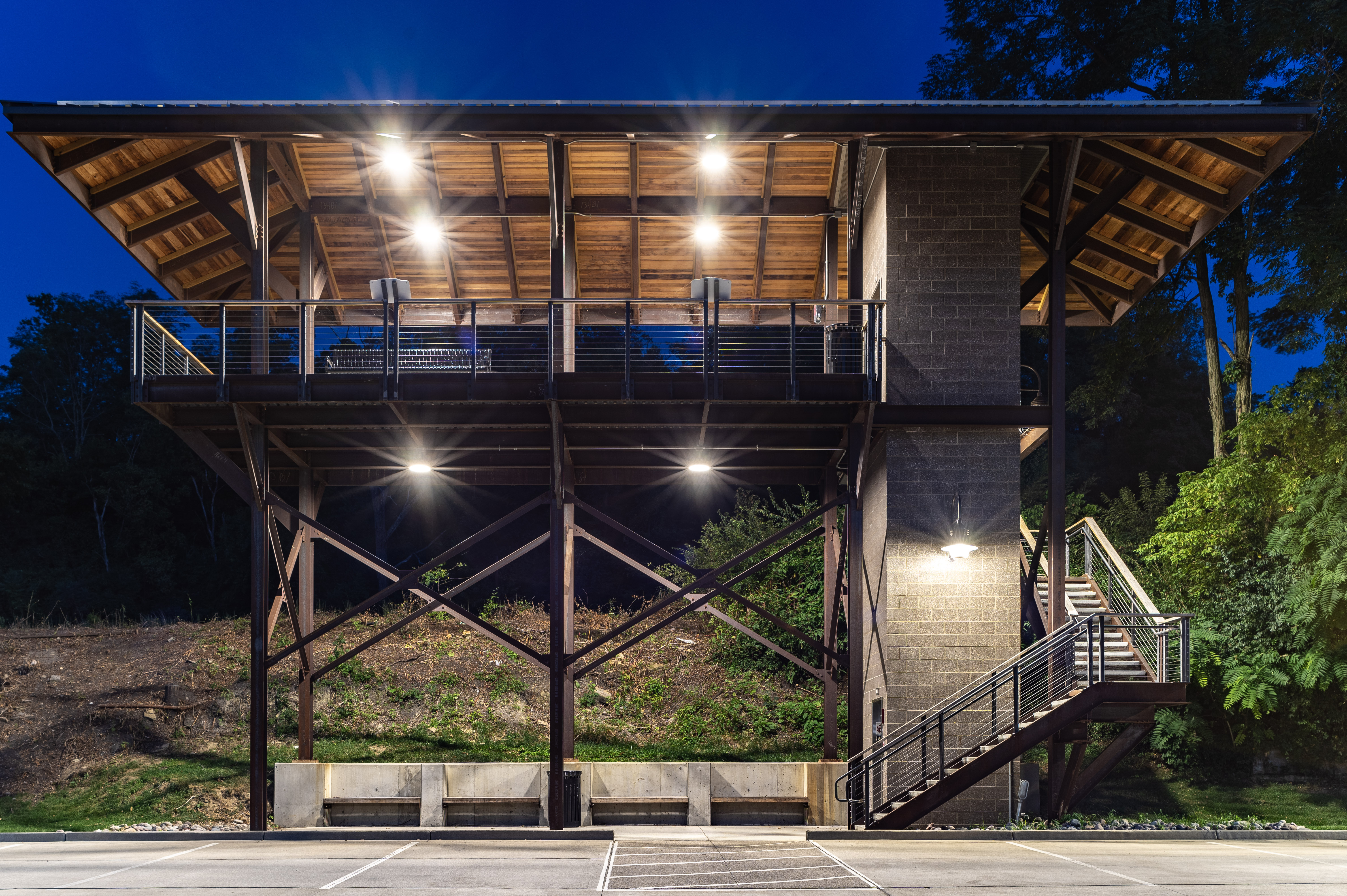 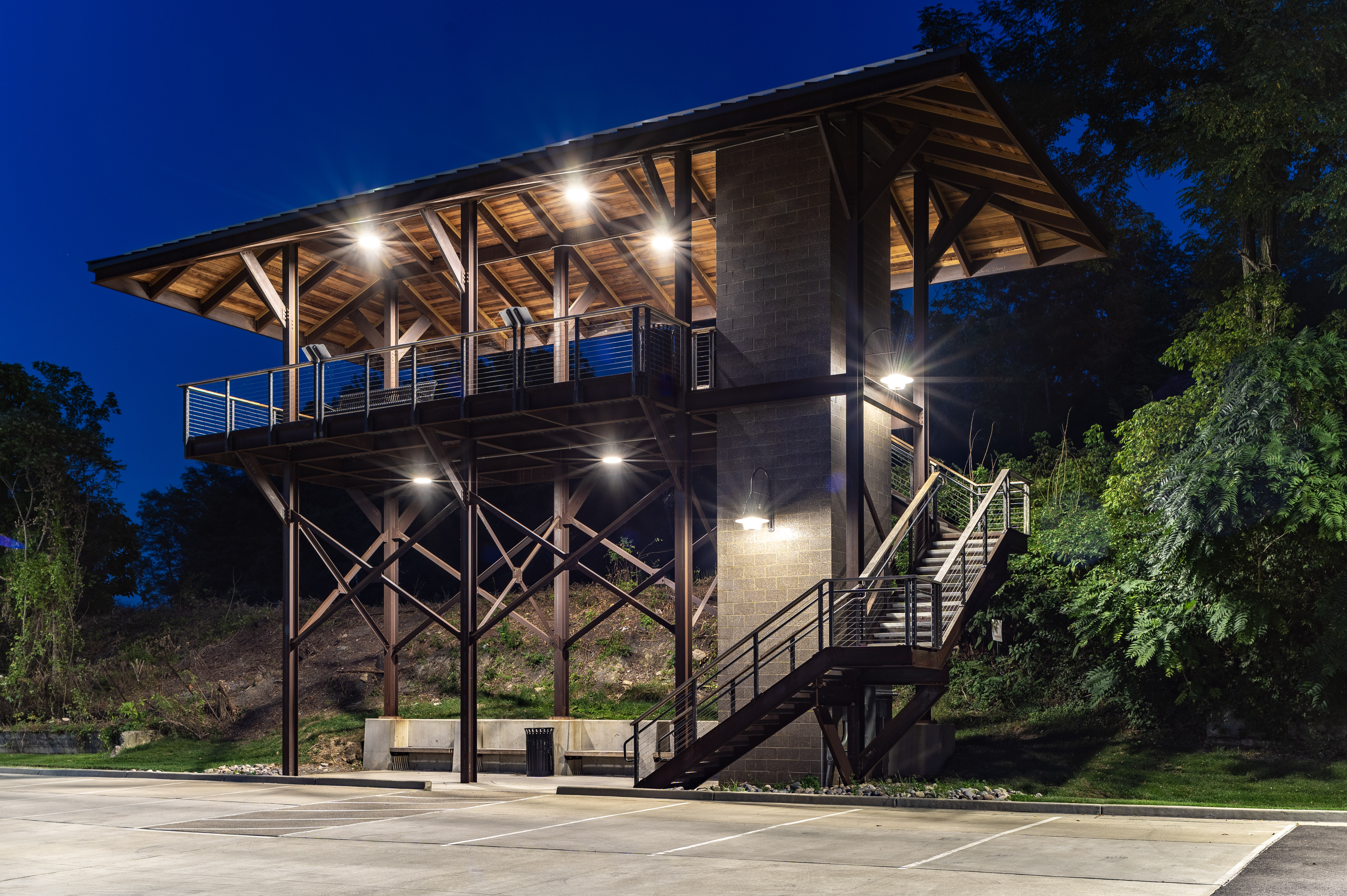 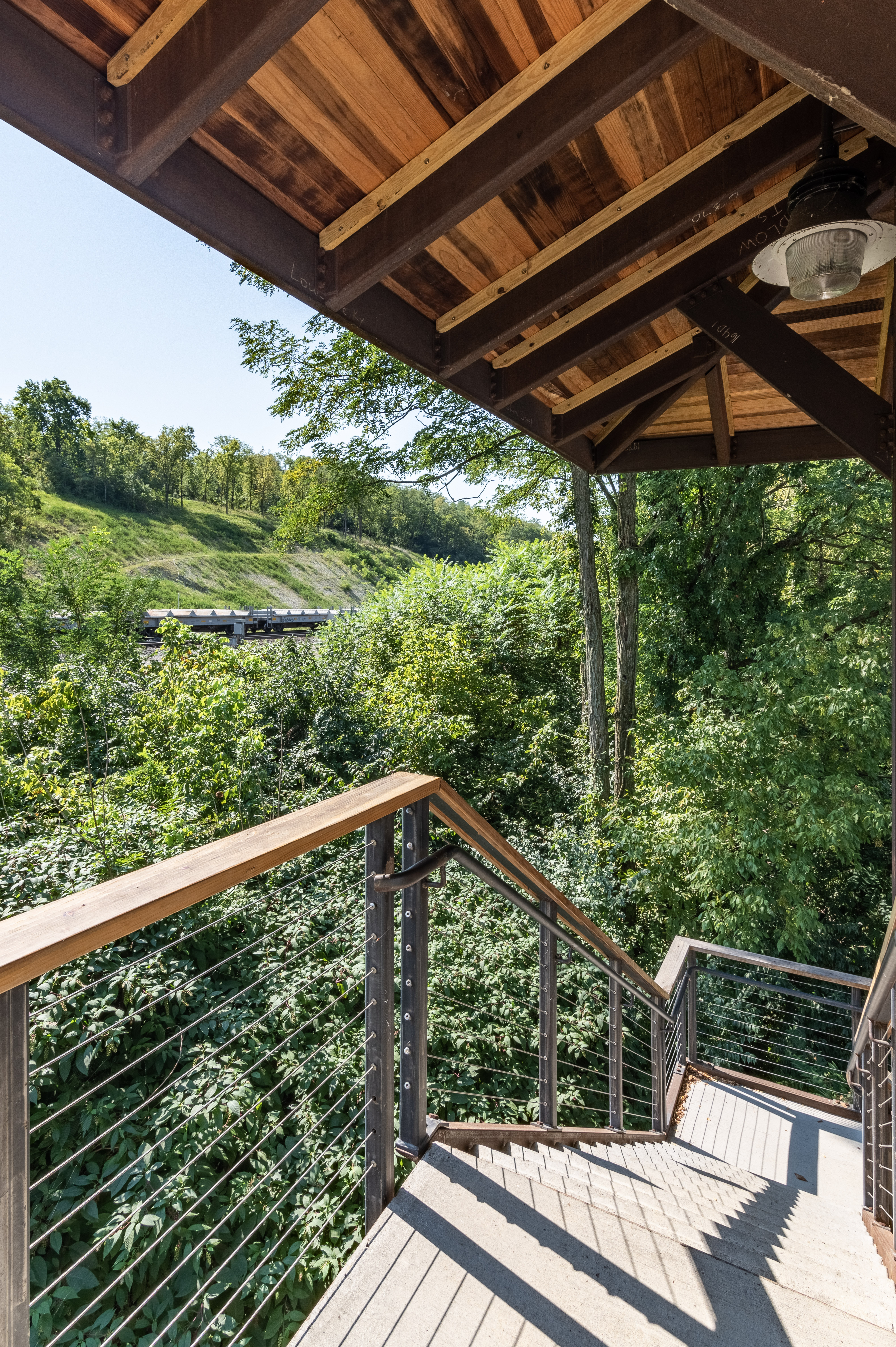 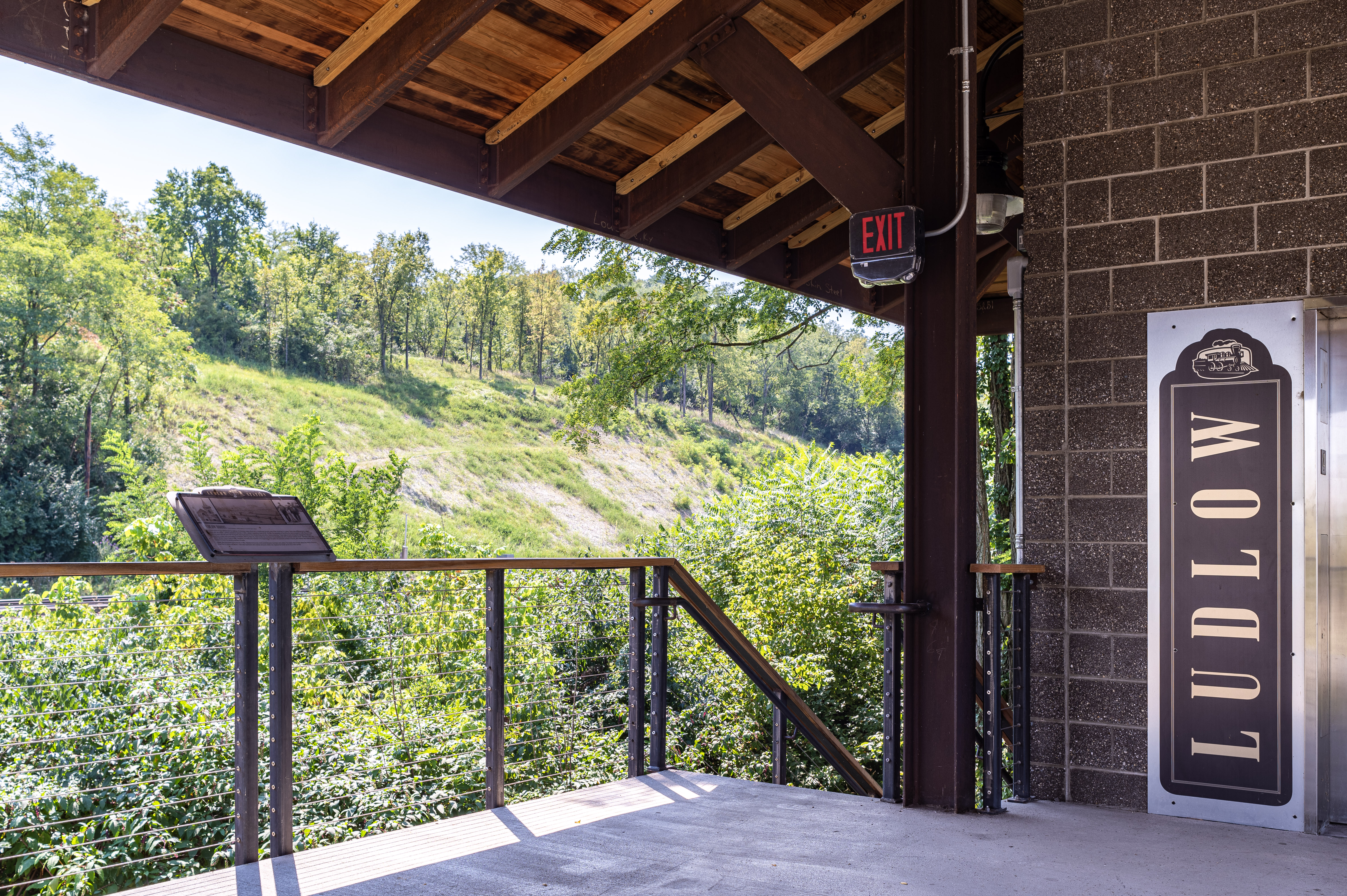