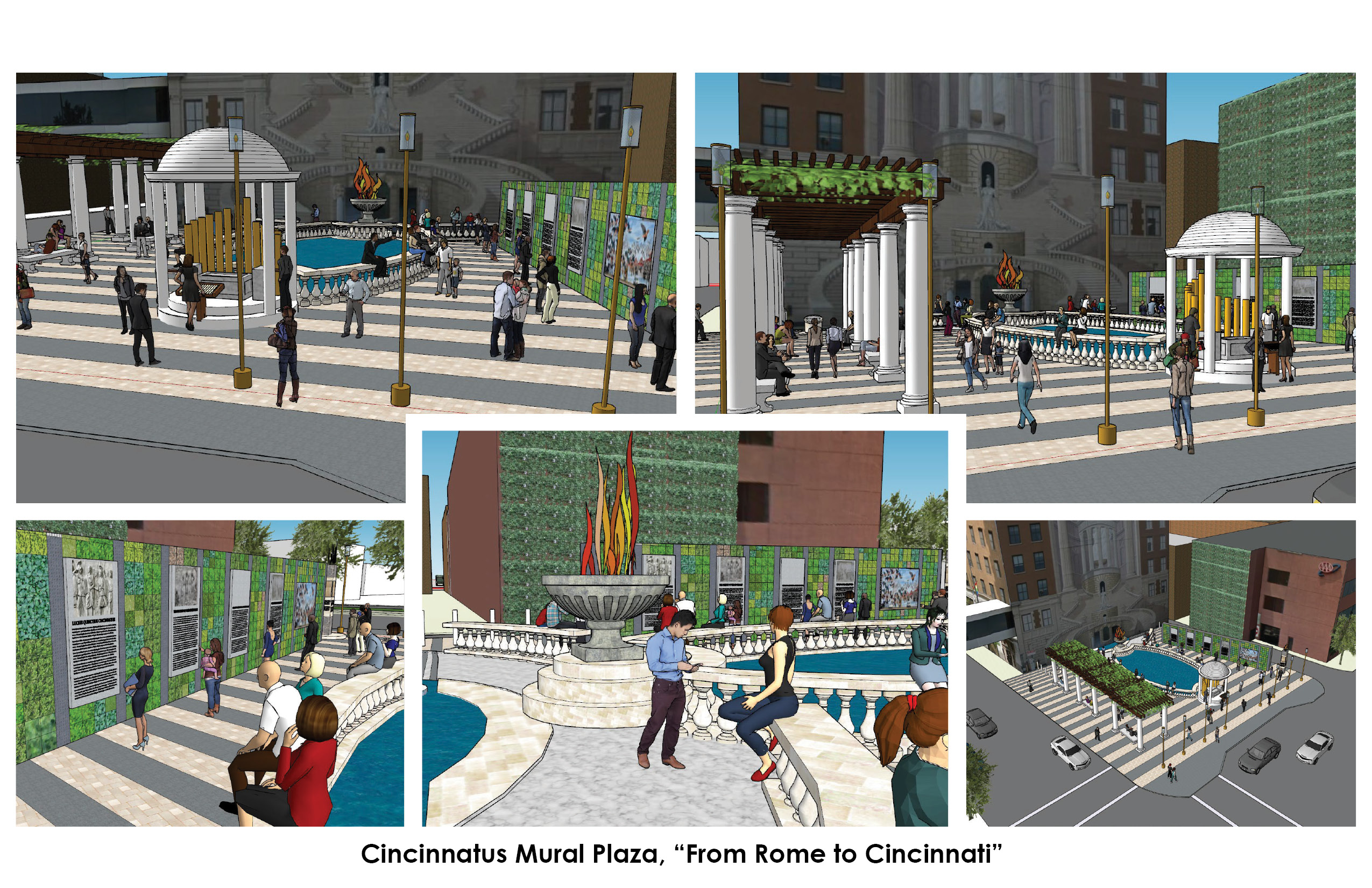 • Italian tile mural in “faux pool”.
• Pergola with grape vines will evoke ancient Rome. Solar PV panels provide energy.
• Storm water is captured in cisterns under the “Illusionary Pool” and will irrigate arbor and green wall.
• Bas Relief history panels are set into green wall. A digital board provides outdoor education.
• Etched on granite are names of unselfish public service heroes, Cincinnati’s “Hollywood Stars Walk”.
• “Faux Cauldron” with “flames”, lit by LED uplights.
• The world’s first organ – a Hydraulis – invented by Ctesibius of Alexandria during the 3rd Century BC during the Roman Empire and Cincinnatus’s life. A contemporary hydraulis will be created as a participatory musical instrument. It is enclosed and covered by a Roman-style shelter. 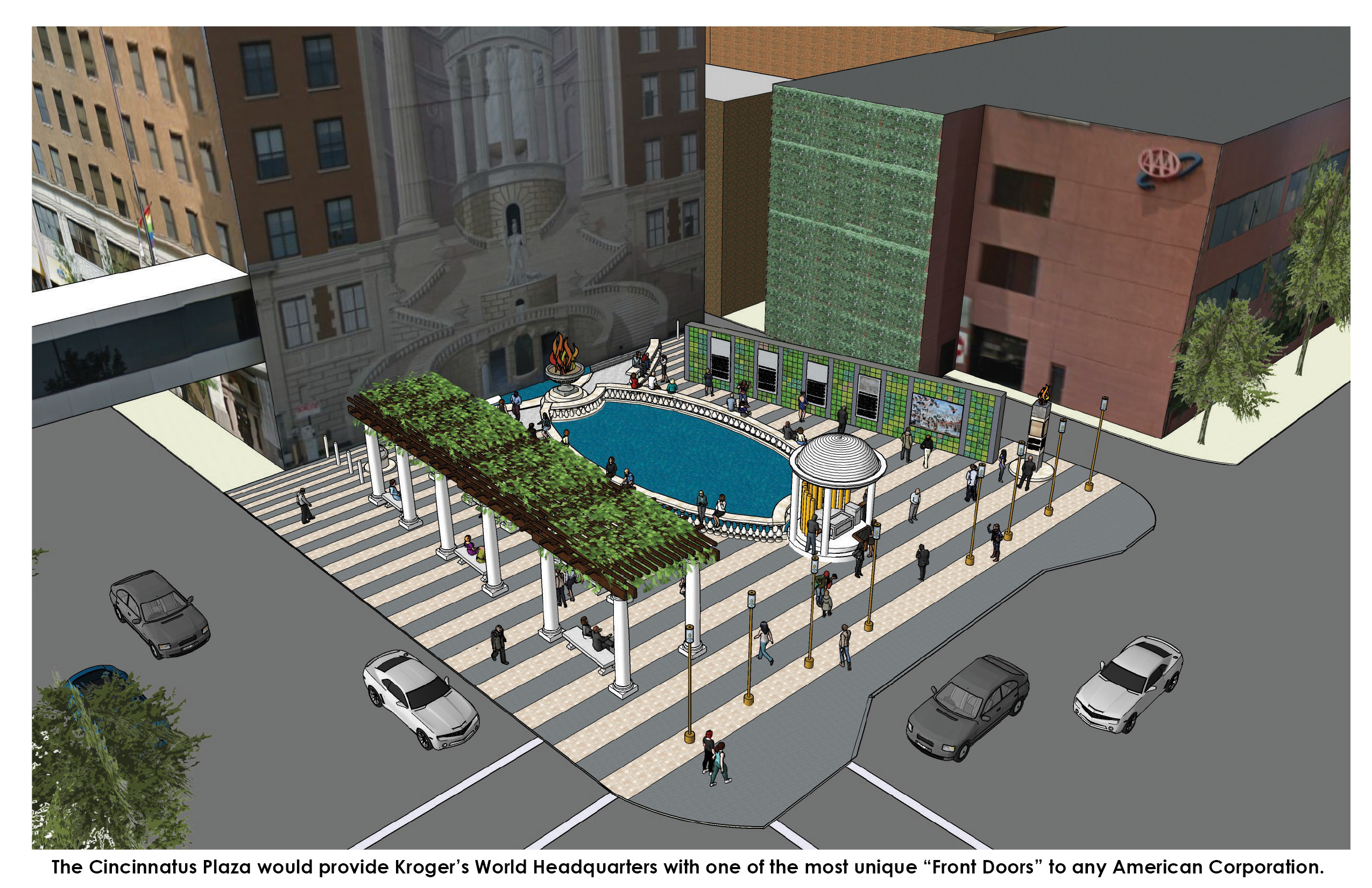 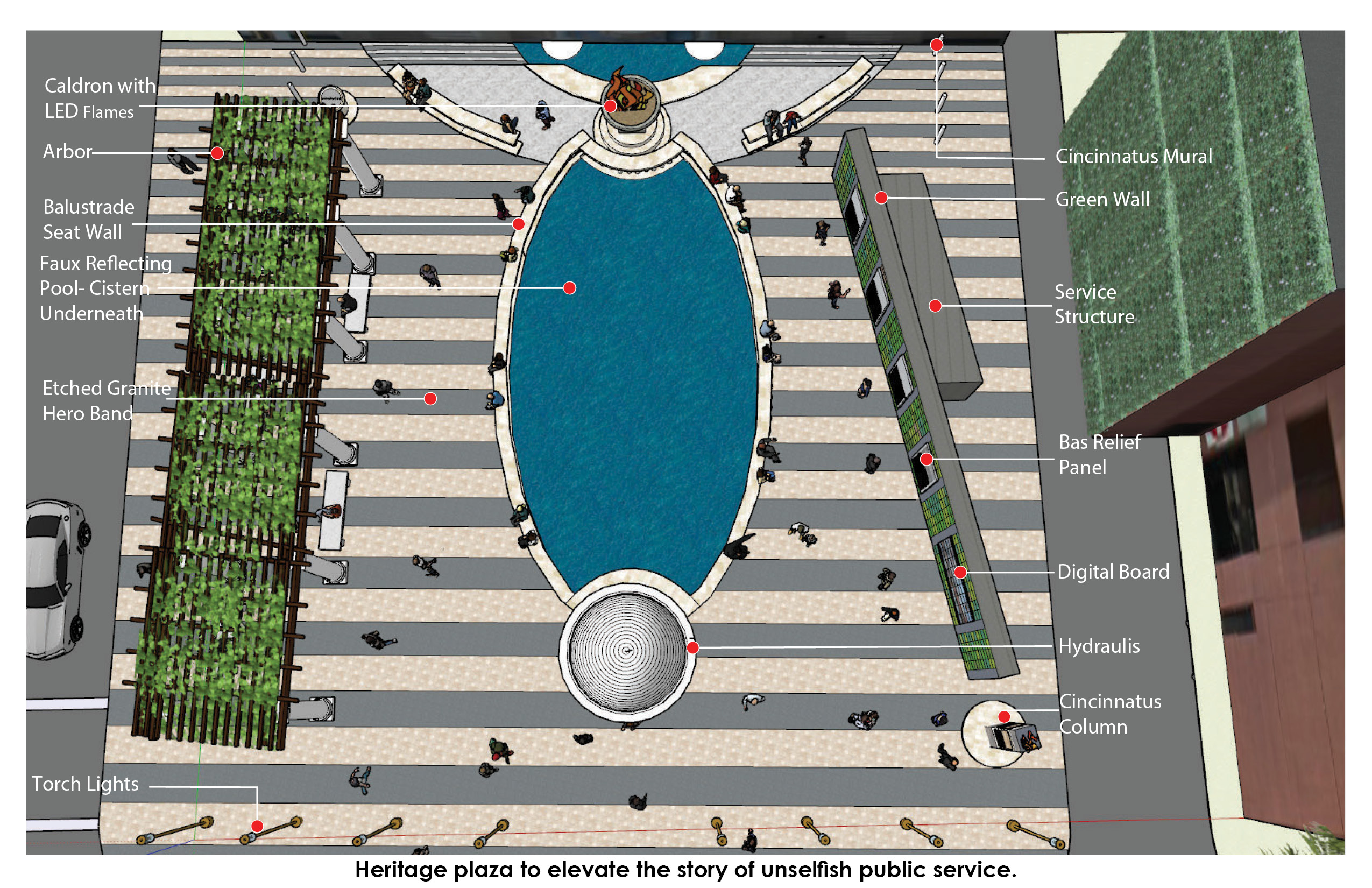 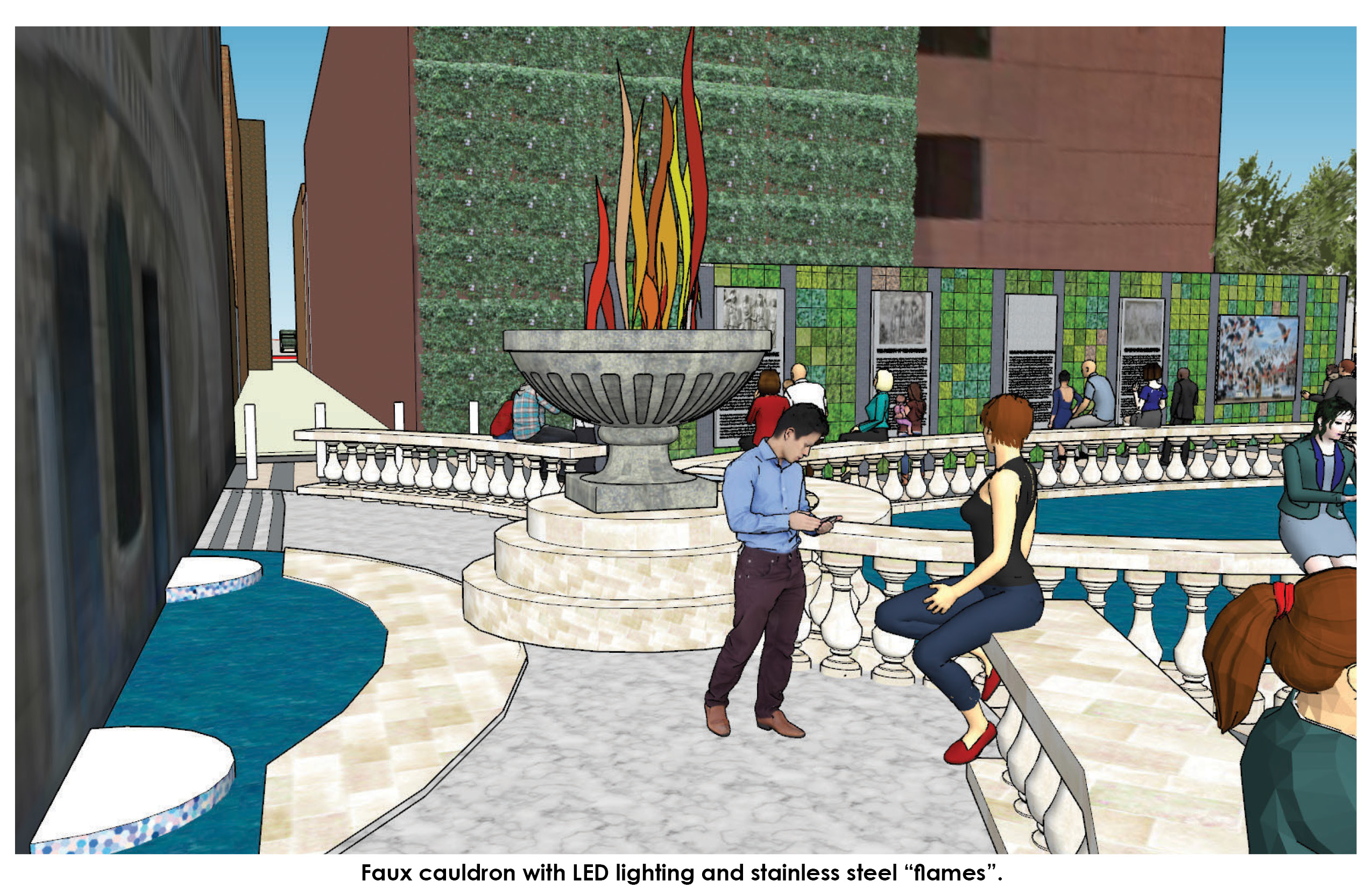 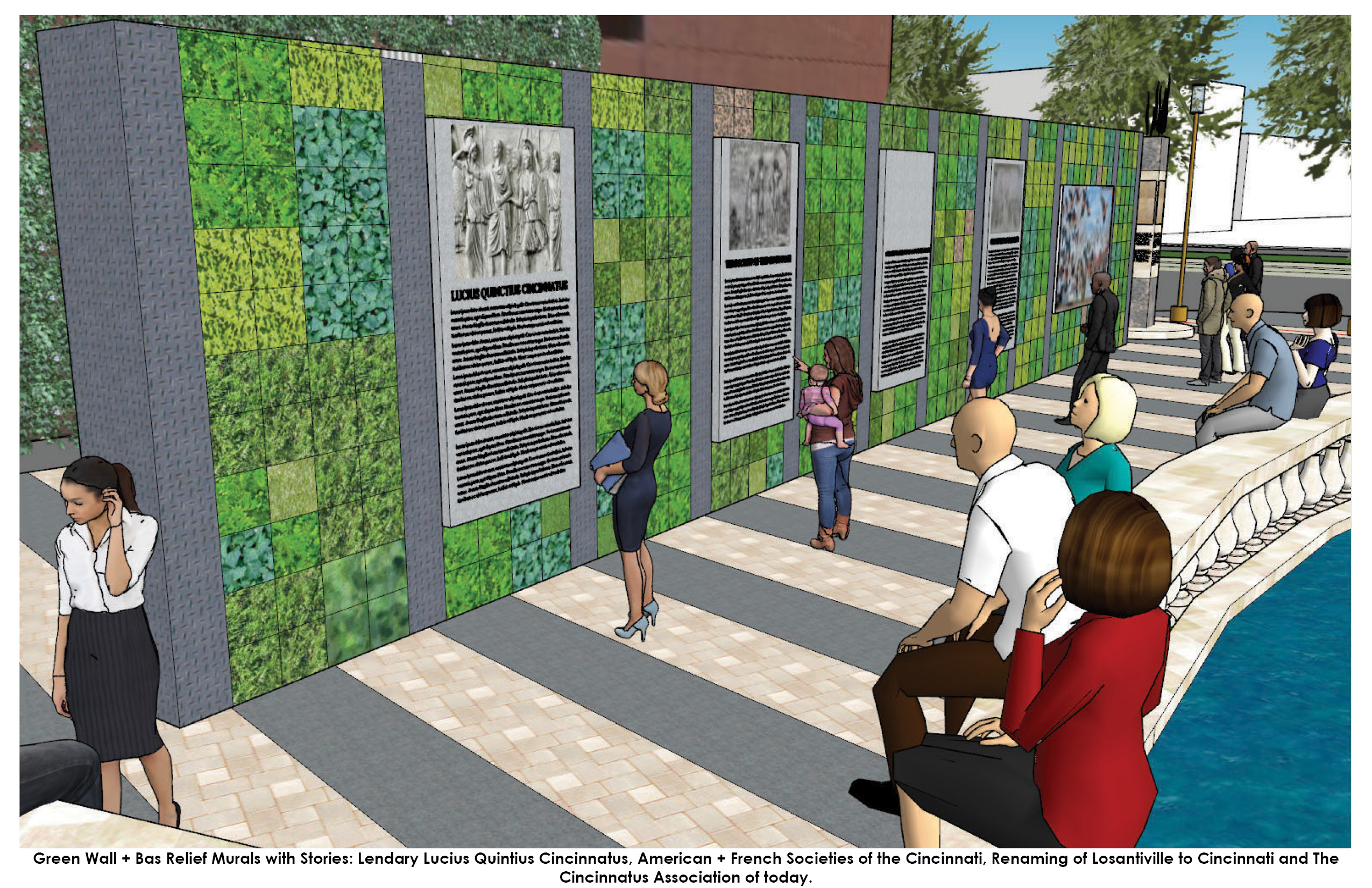 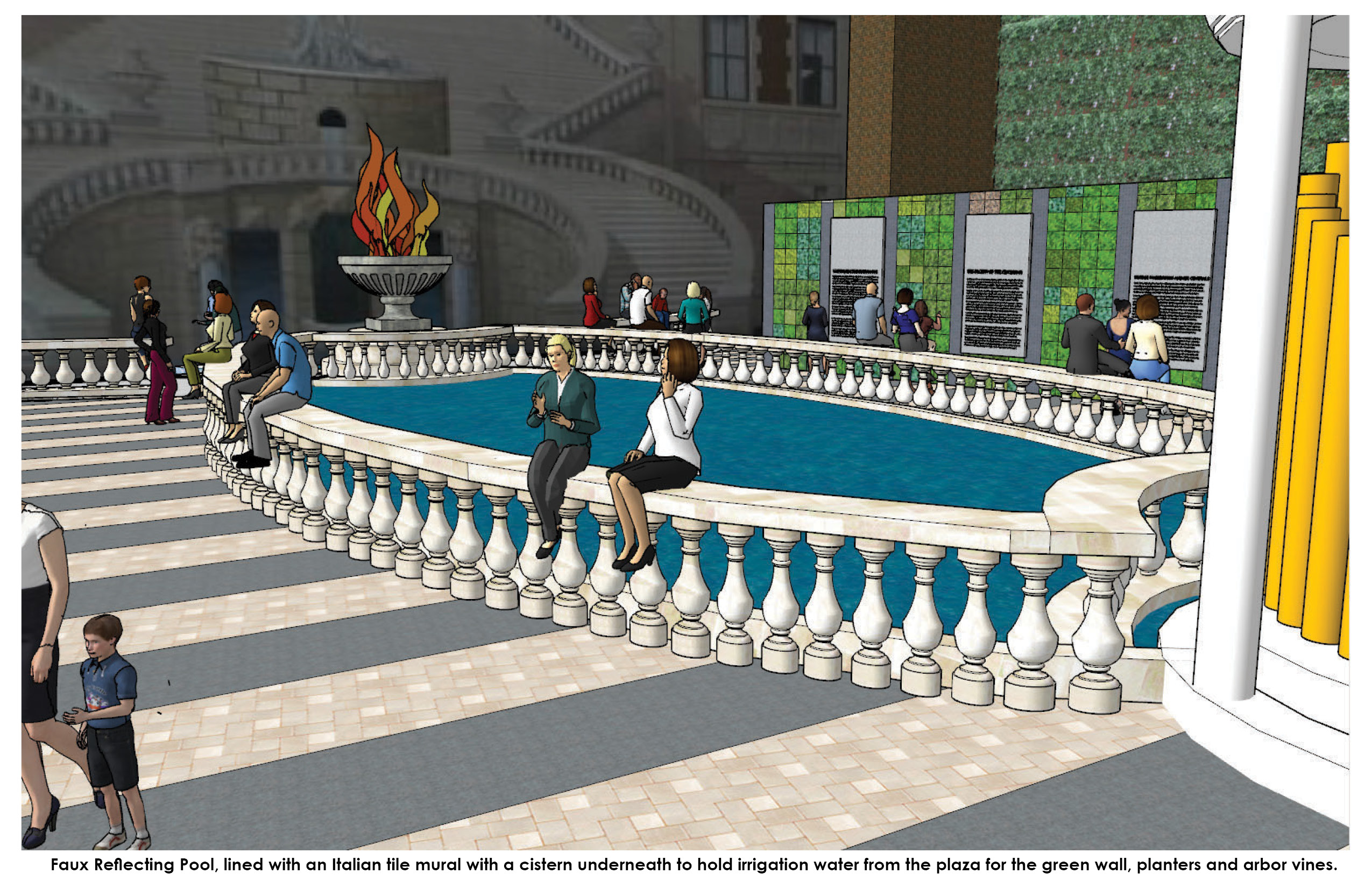 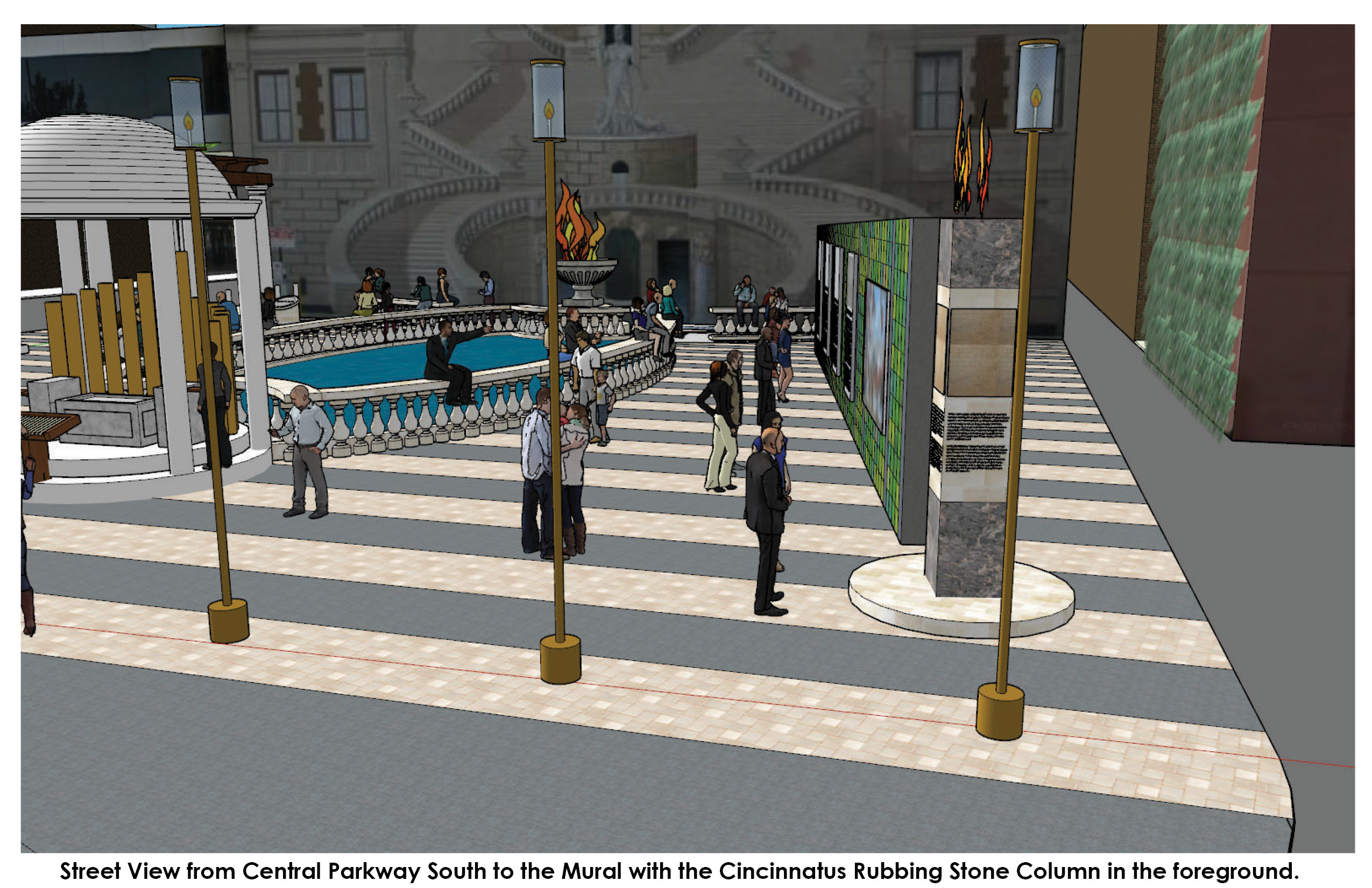 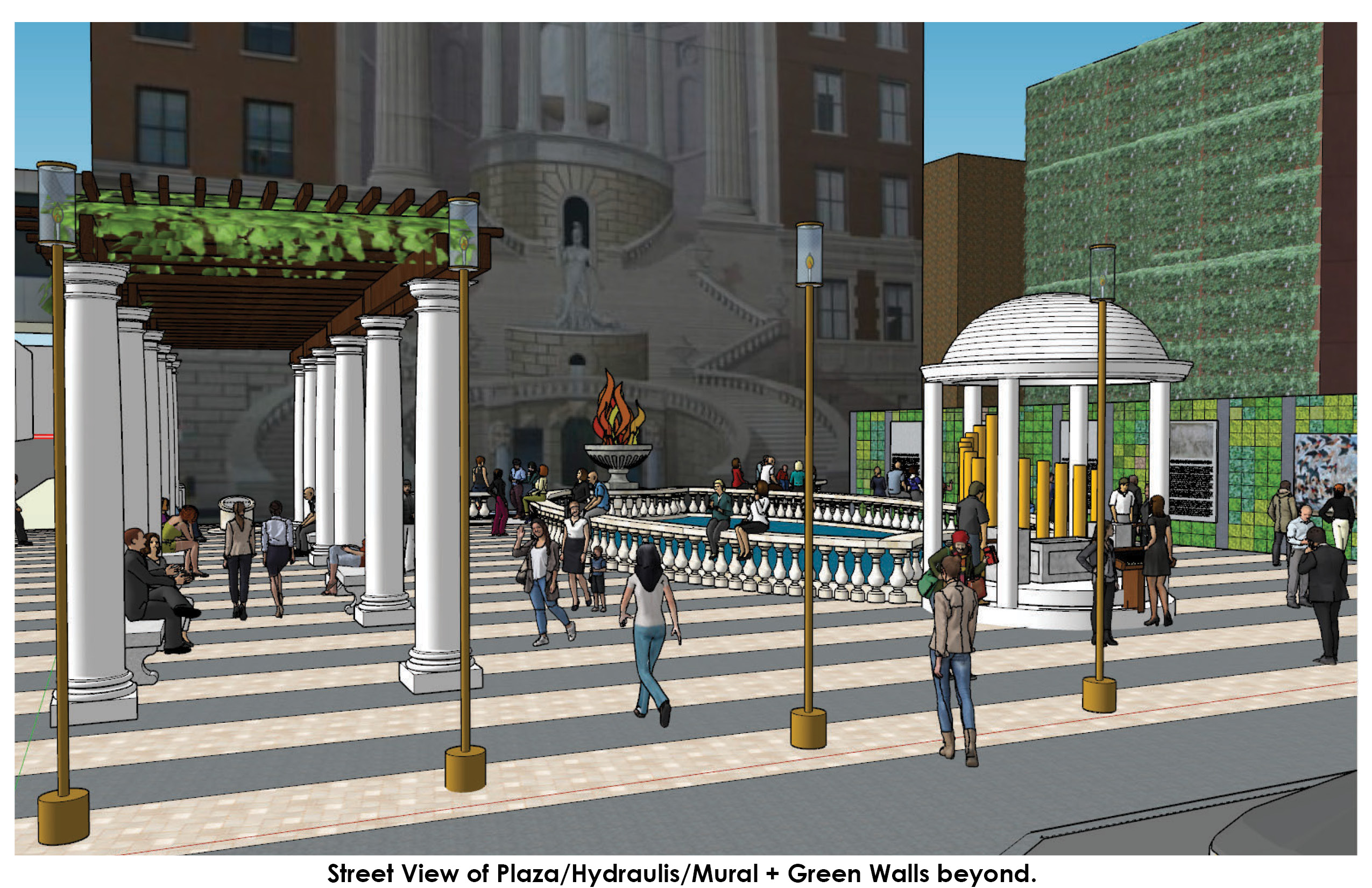 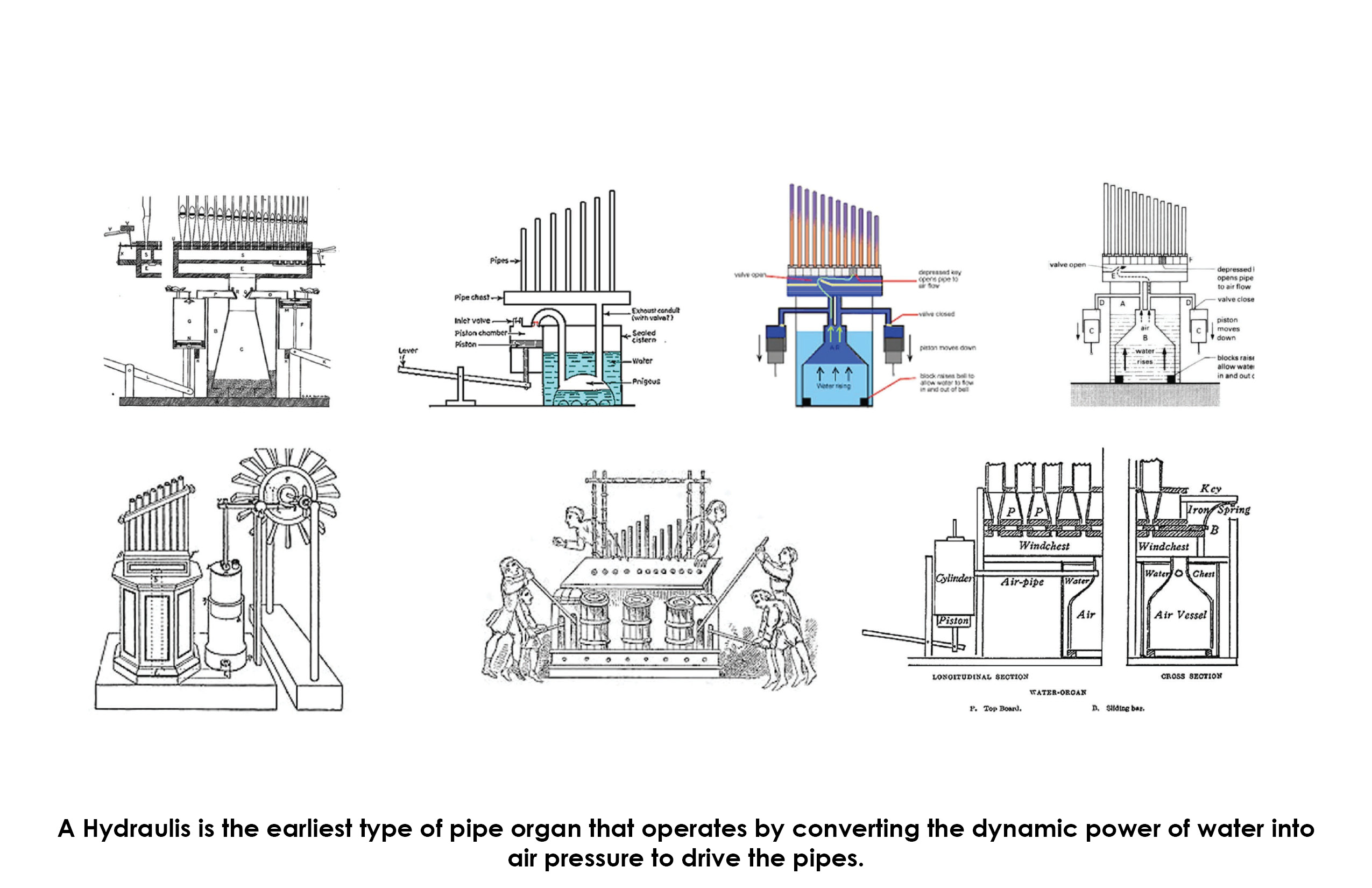 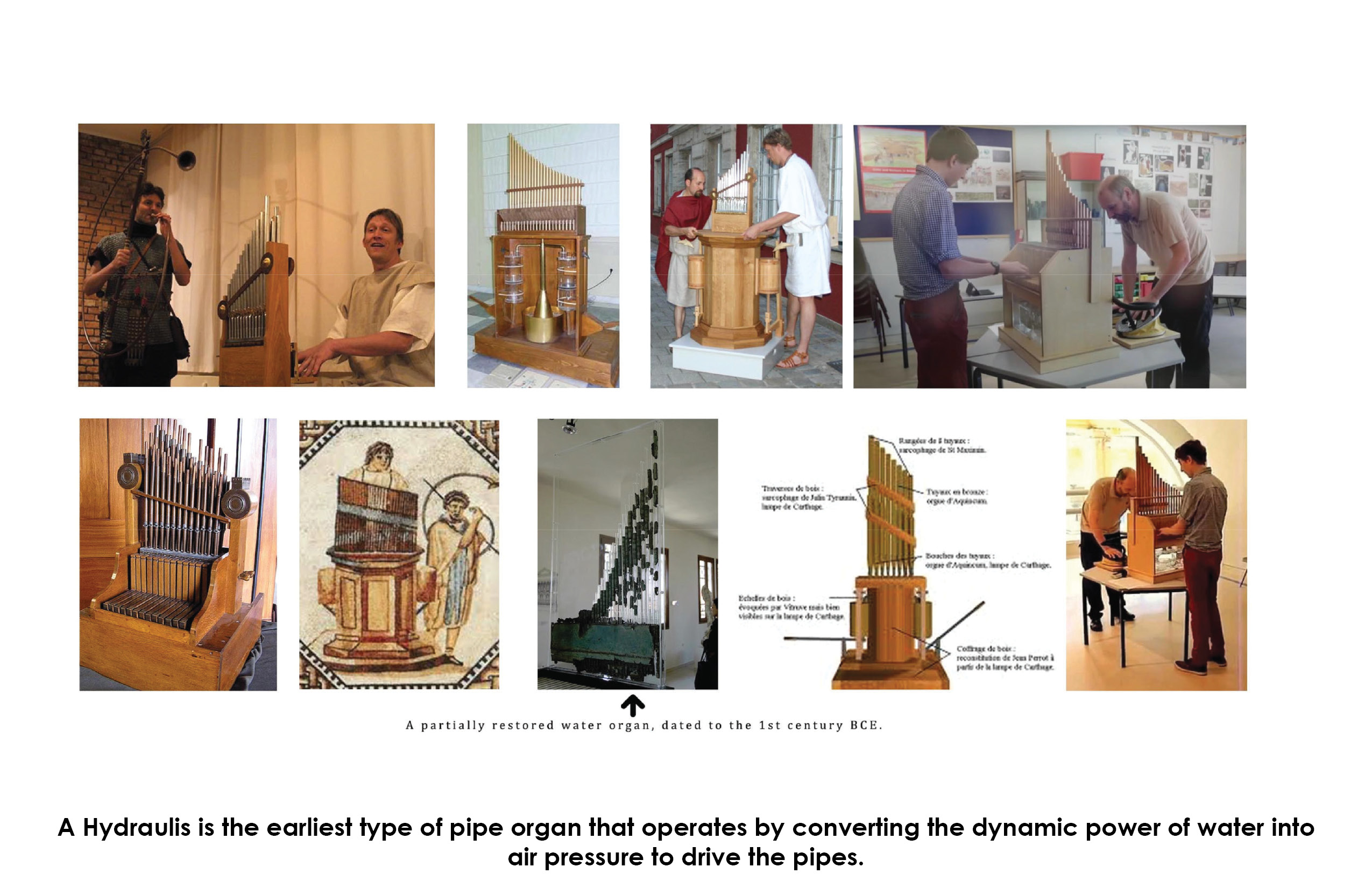 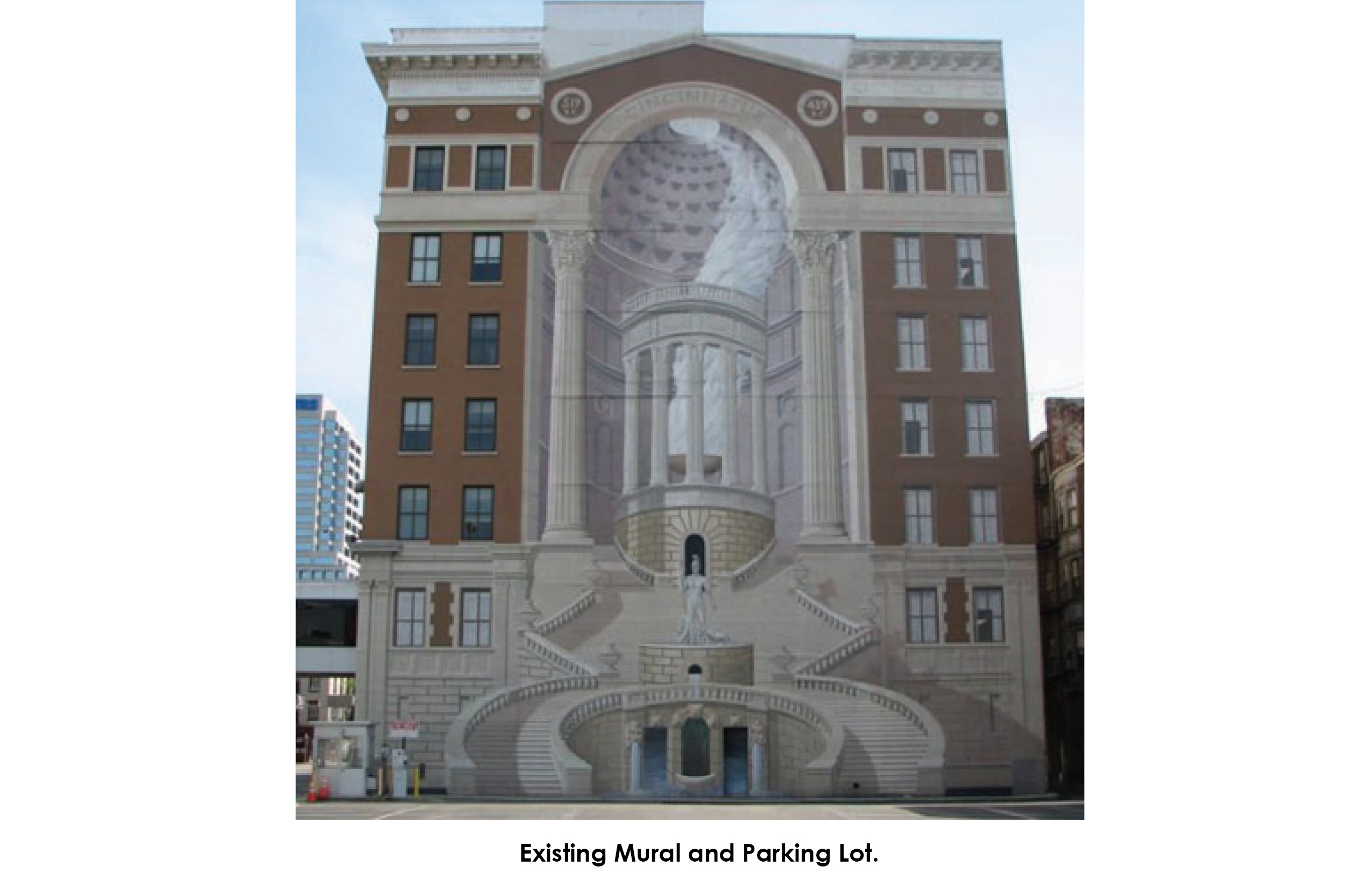