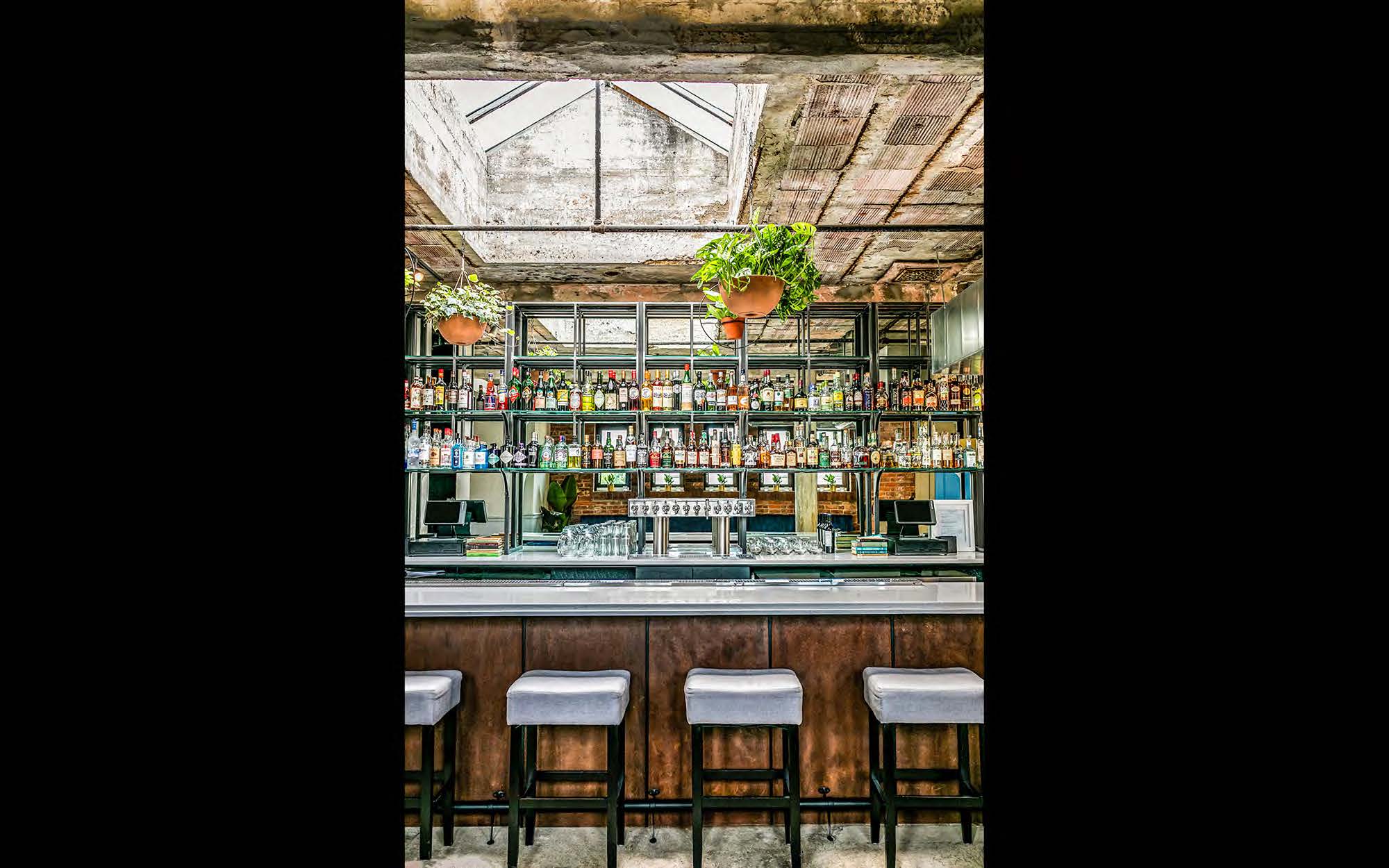 Along the bustling transit corridor of Walnut Hills in Cincinnati, the bones of an old public comfort station have grown weary. Vacant for decades, the 100-year old rest stop, once served as a place of respite and calm for commuters to “freshen up” has been reinvigorated by a revised comfort – libation. The façade of Comfort Station is stoic and robust, historically discernible by two doors – “MEN” and “WOMEN.” A study in contrasts, the renovation honors the composition but alters the door colors to entice entry.

The Grecian blue women’s door unveils a welcoming, light-filled space with large restored skylights and a delicate liquor display. The gritty rough-cast existing floors, ceiling, and walls were “frozen,” and offer a stark juxtaposition to the vibrant furnishings and abundant greenery. Aligned with the front door, the back door opens to an urban oasis. Secluded within the urbanity of brick, the patio is flotsam and jetsam, recovered by the collection of found things inspiring one to browse, configure, and make place. The passive men’s room door inconspicuously opens to a pensive stair leading to the seductively lit basement. A neon sign reads, “Sin Now Pay Later,” voyaging beyond six-feet under to meet Dis Pater. Aligned with Dante’s Inferno, the journey is contrary to that of the blue door: shadowy, taboo, and forbidden – rather than Virgil, the bartender is your guide. An assembly of obscure cocktails featuring elusive liquors, lurking corners, and chthonic paraphernalia contribute to the antipodal atmosphere below the surface. 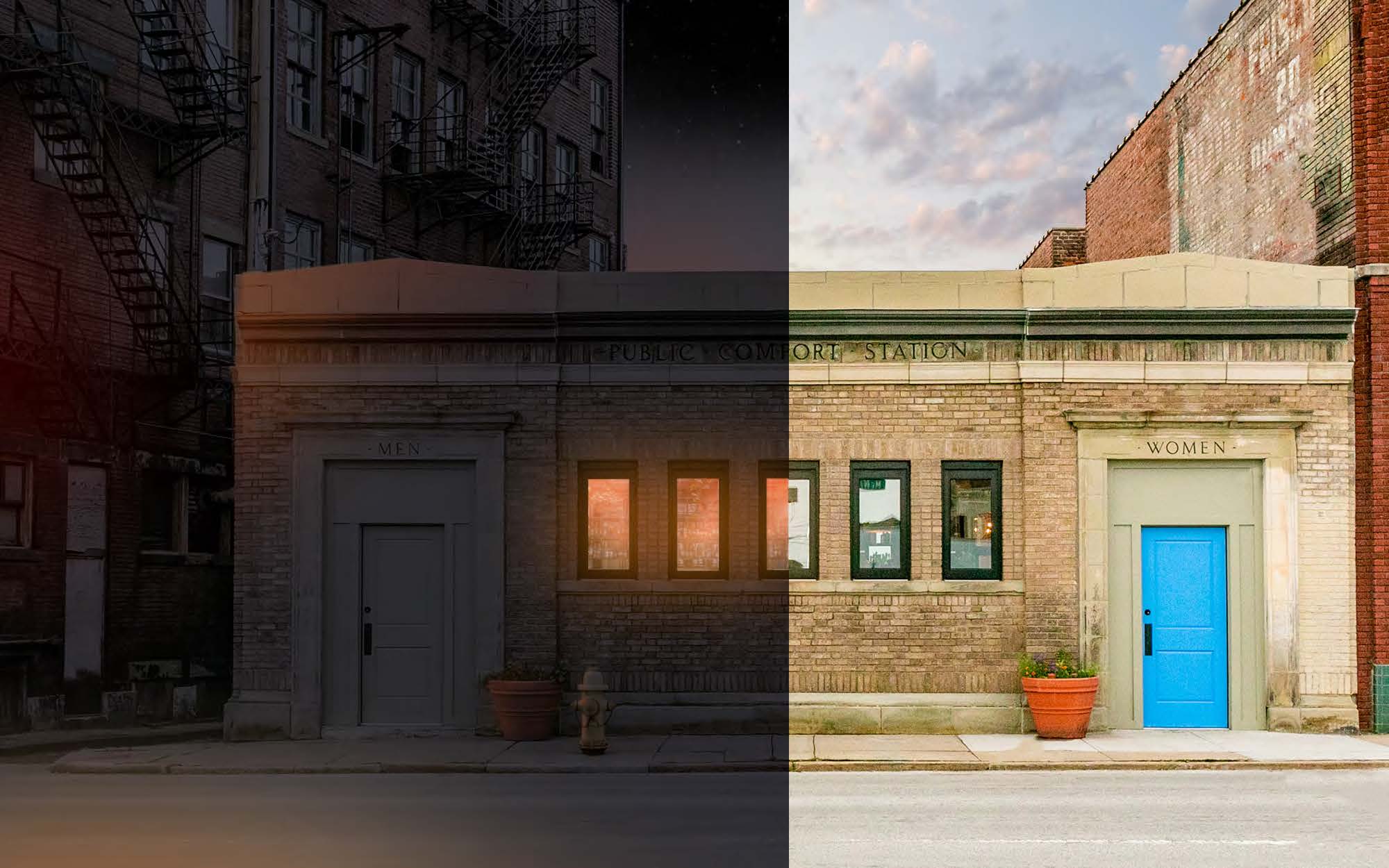 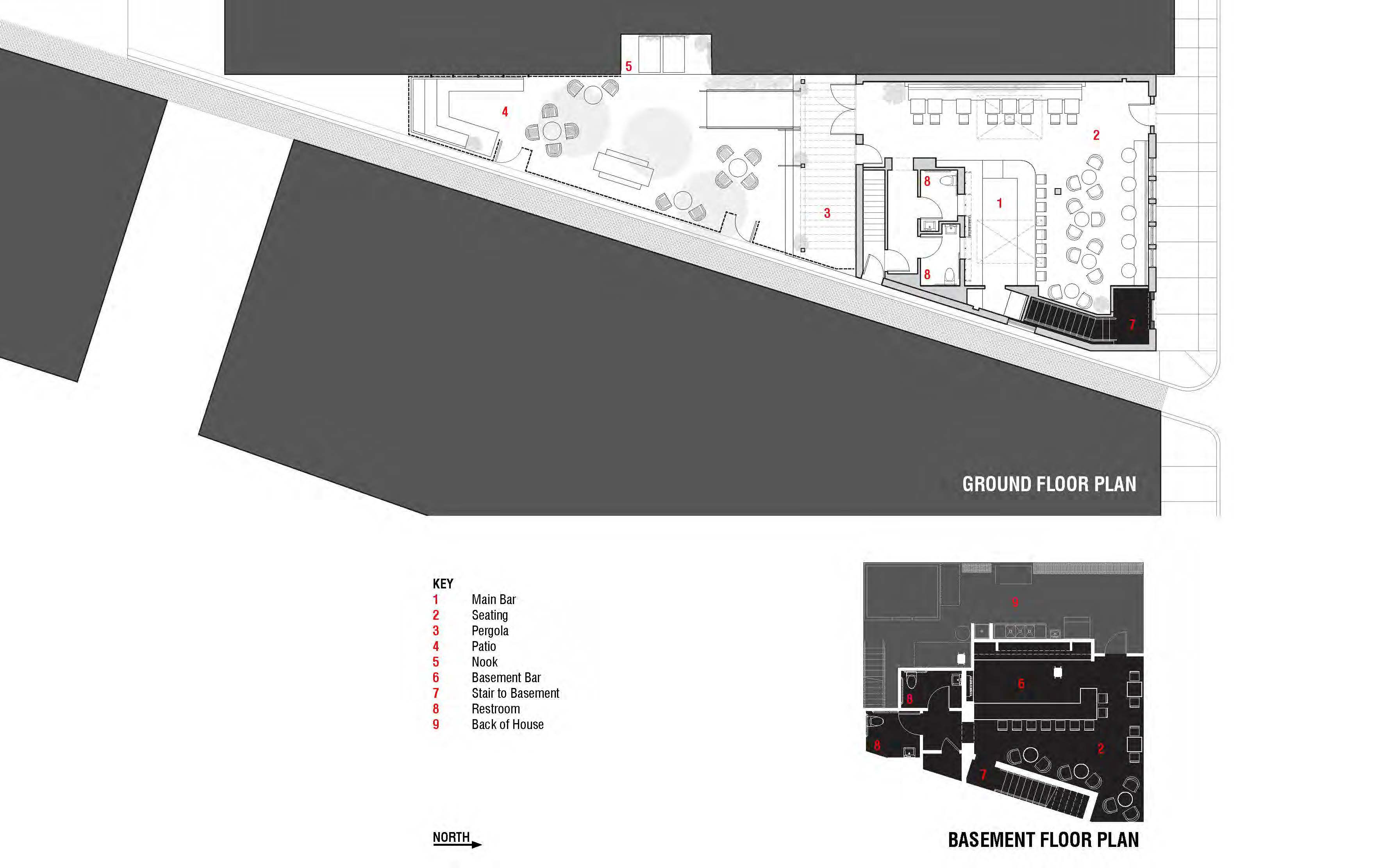 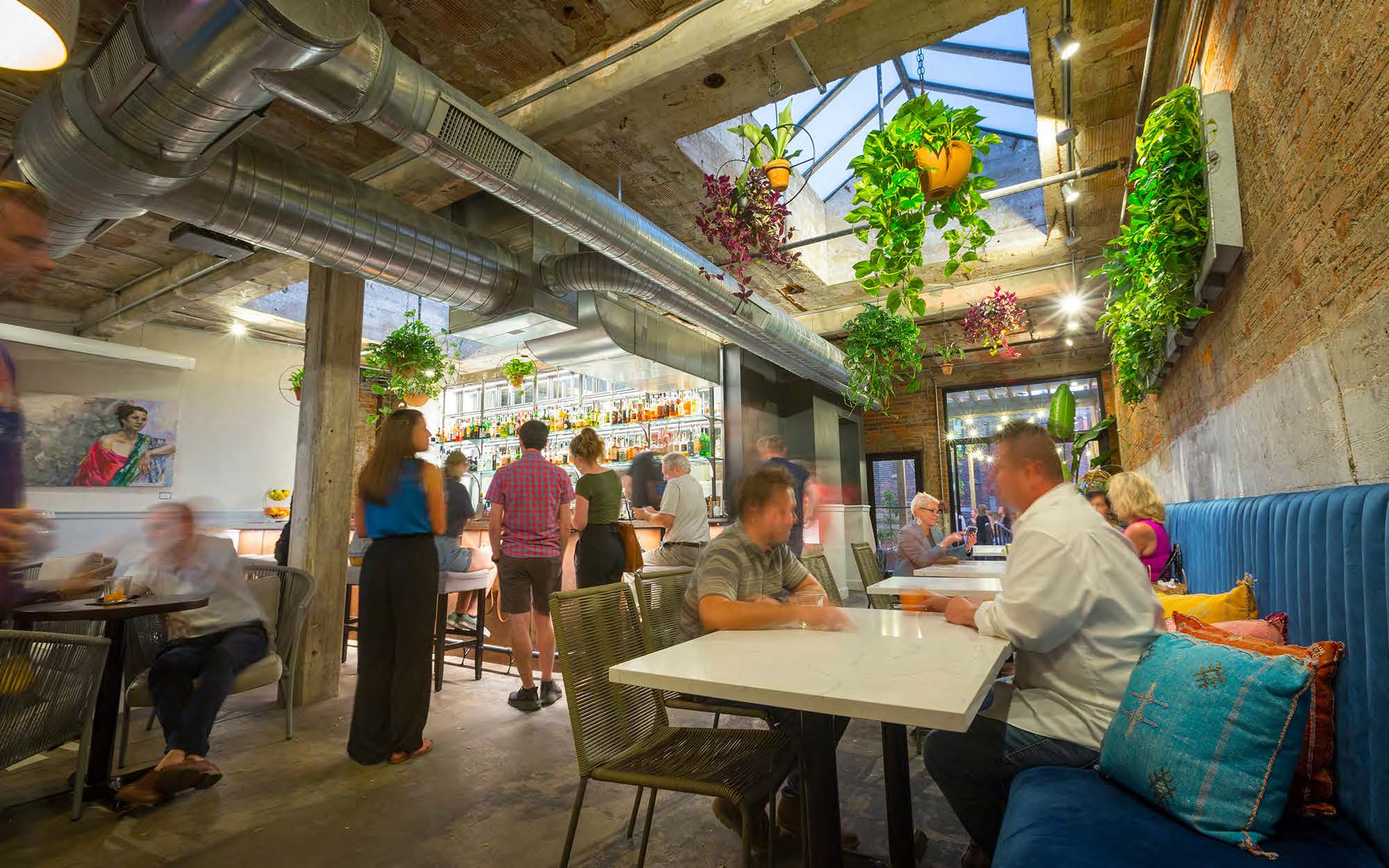 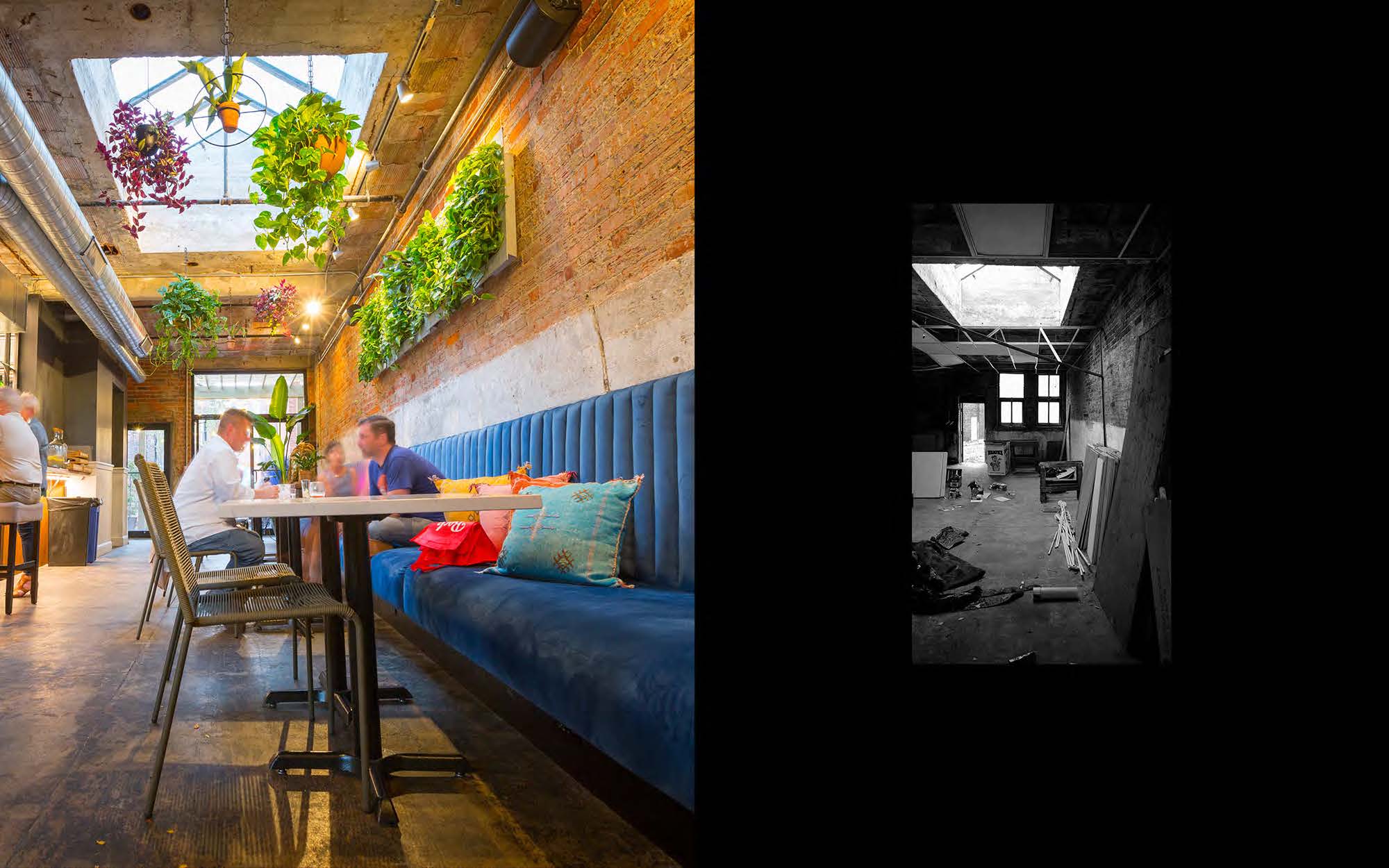 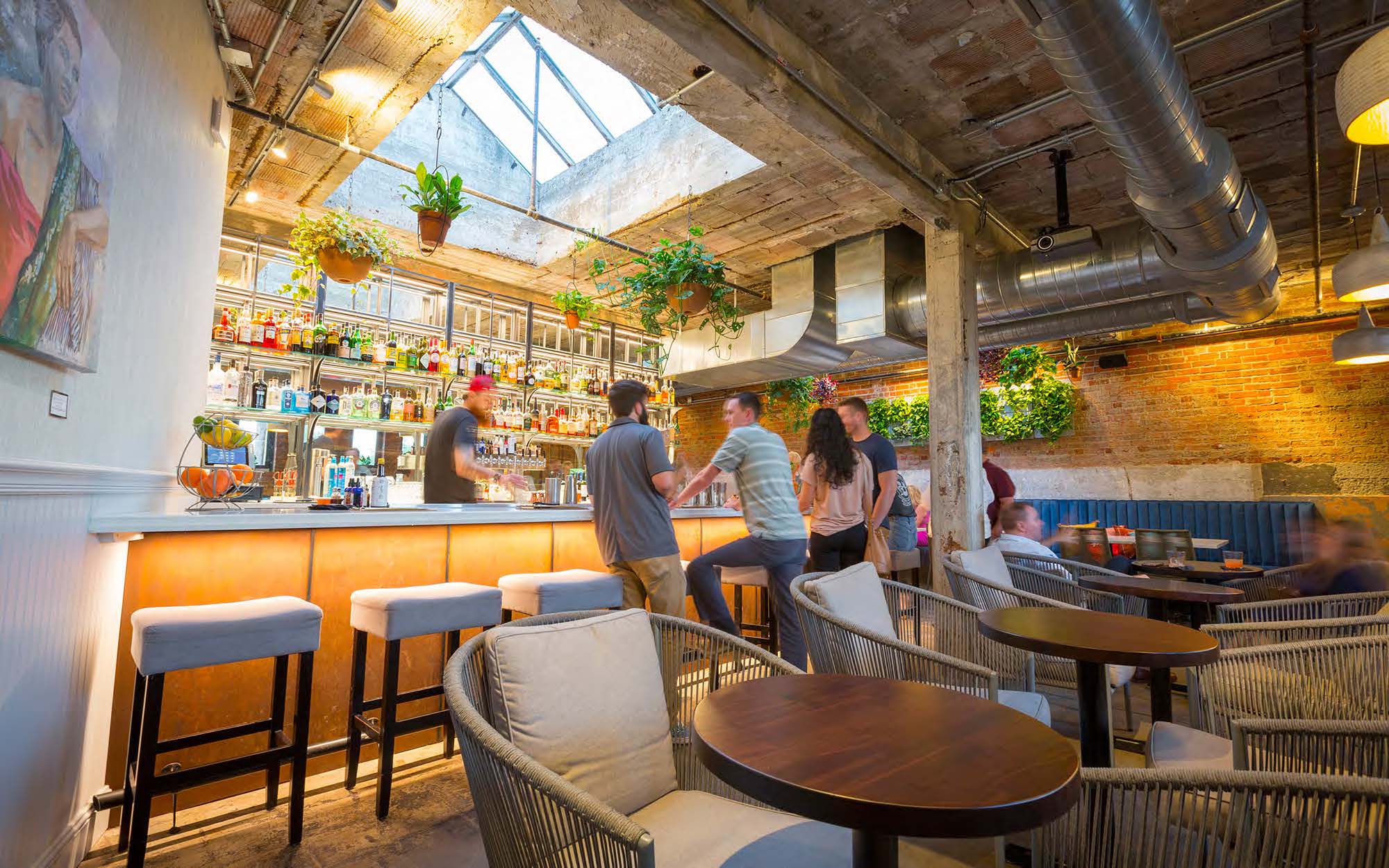 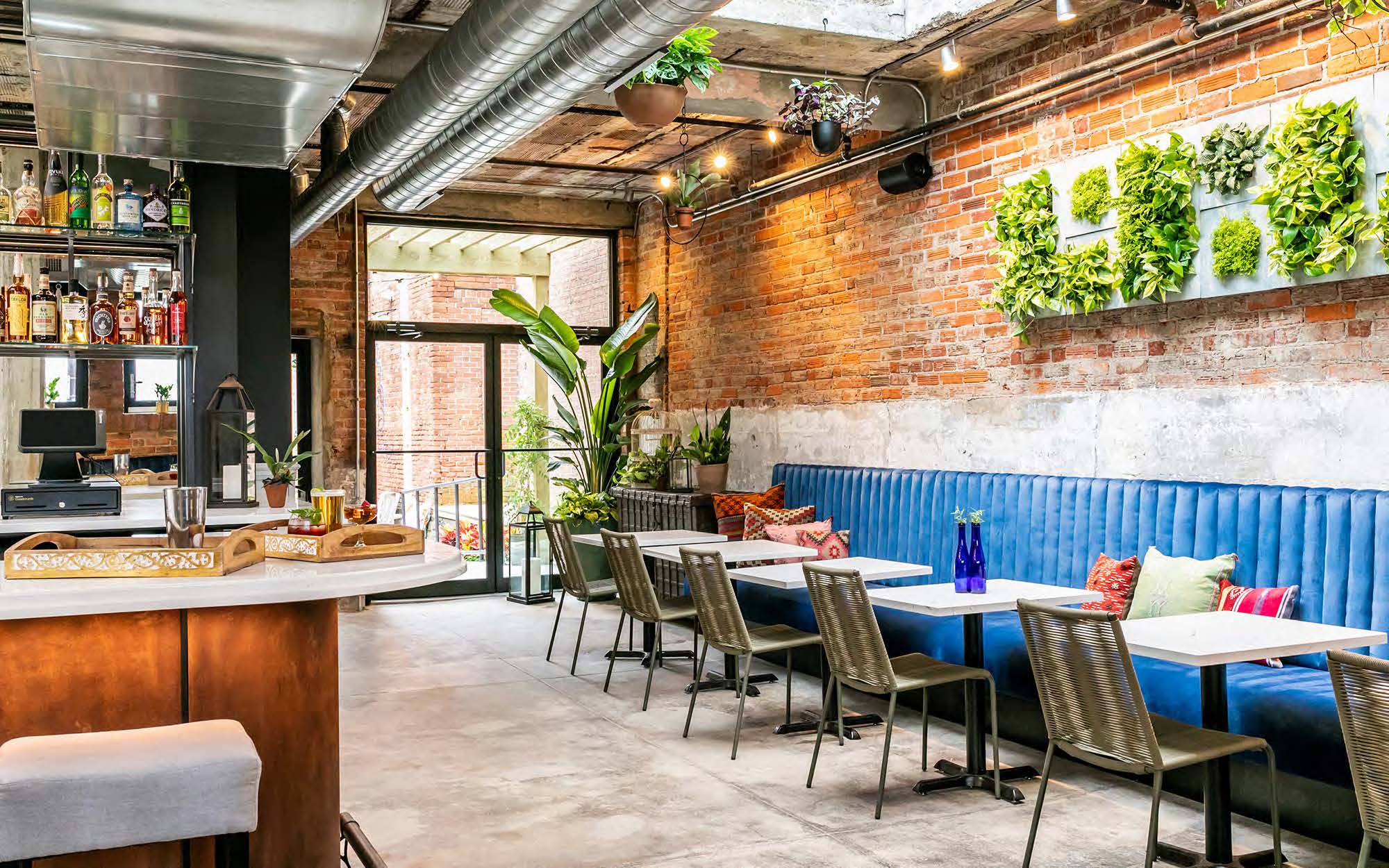 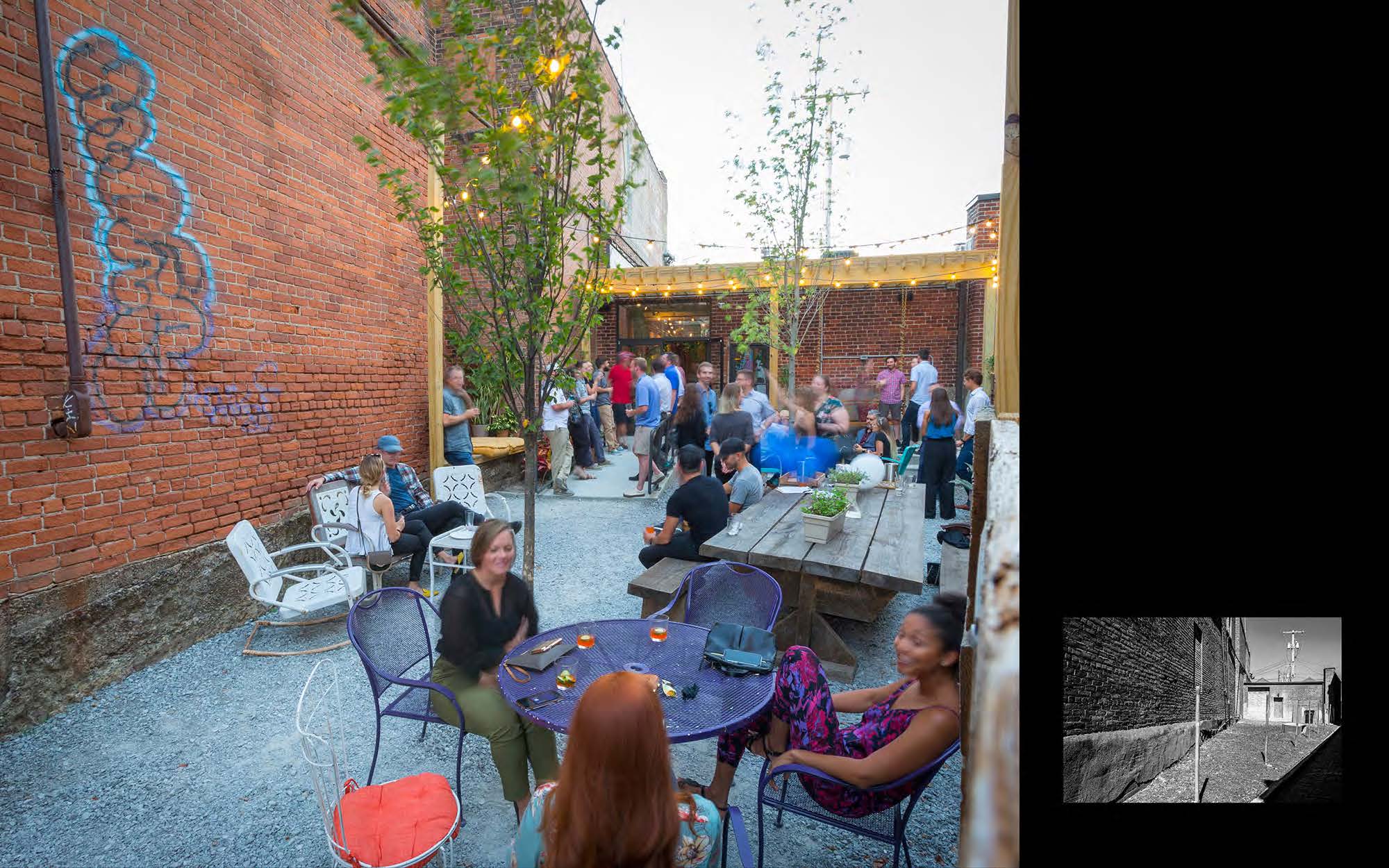 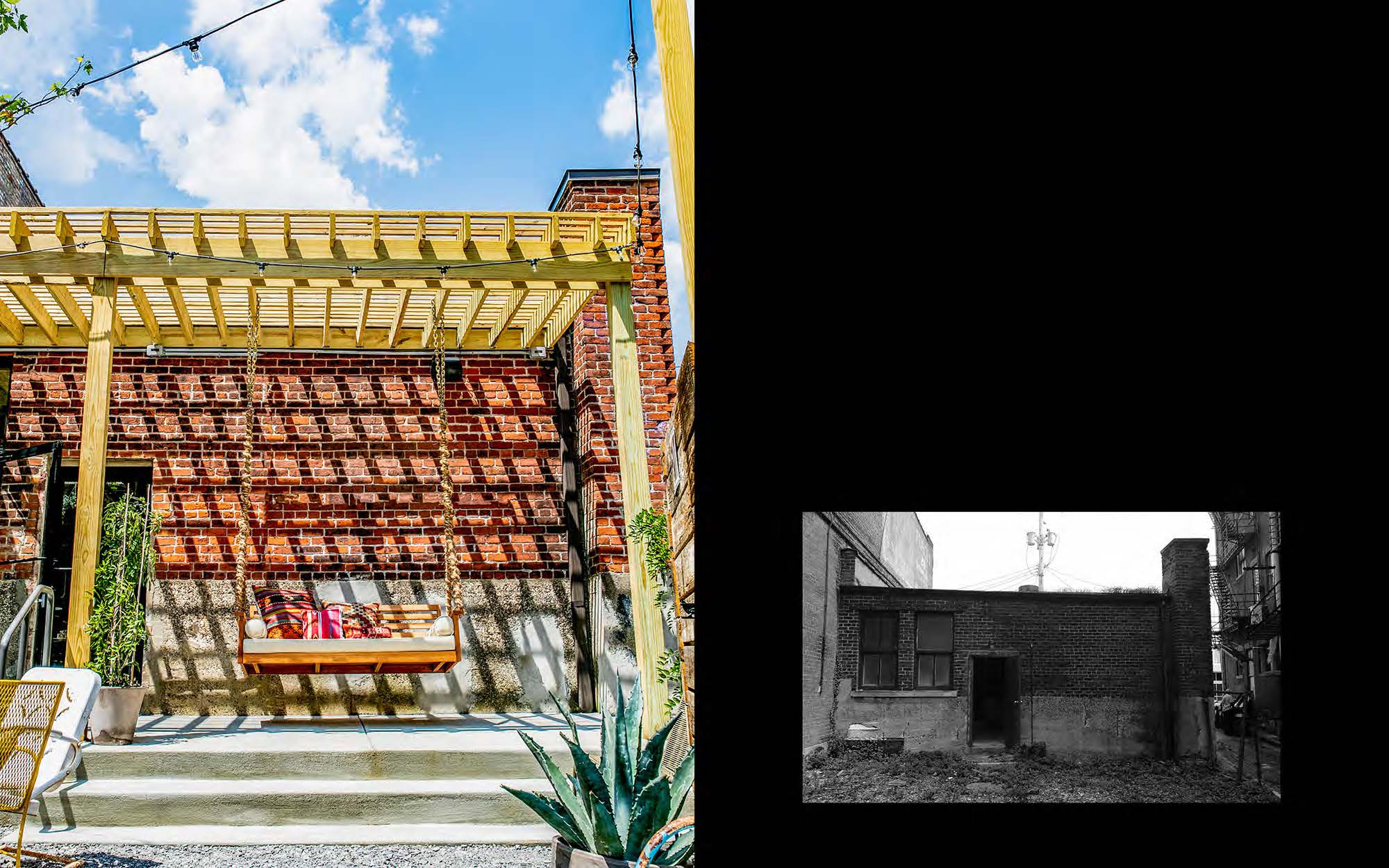 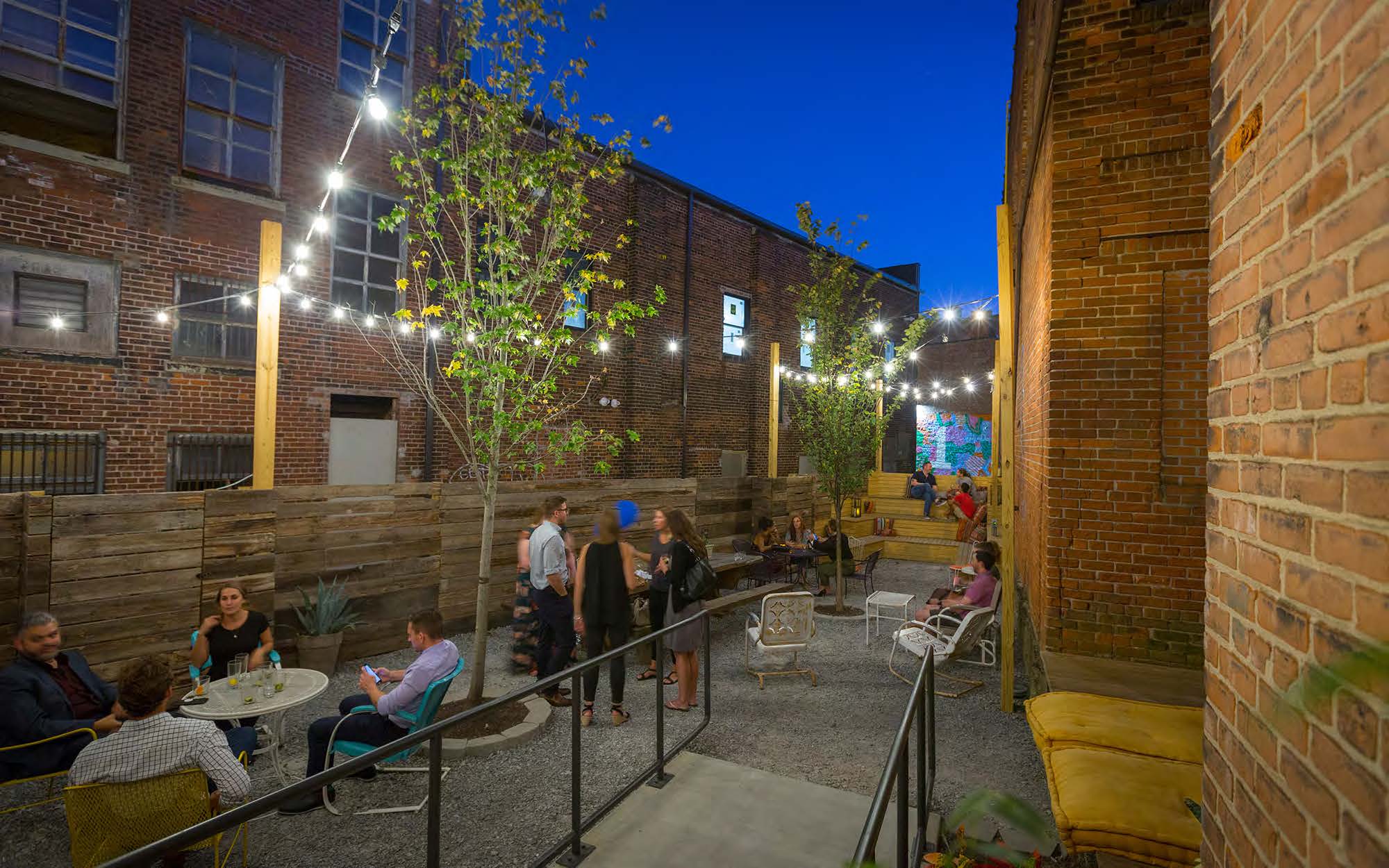 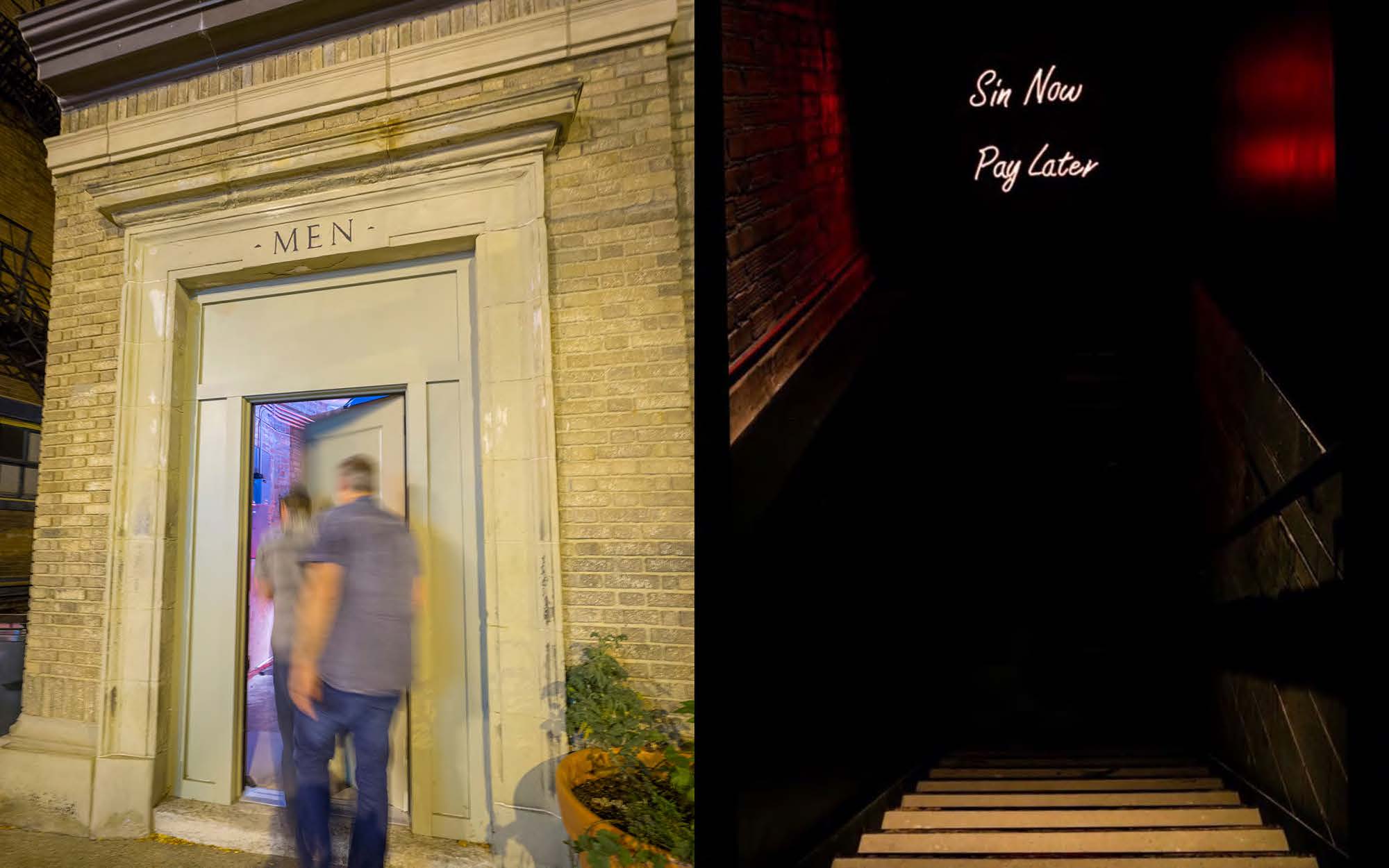 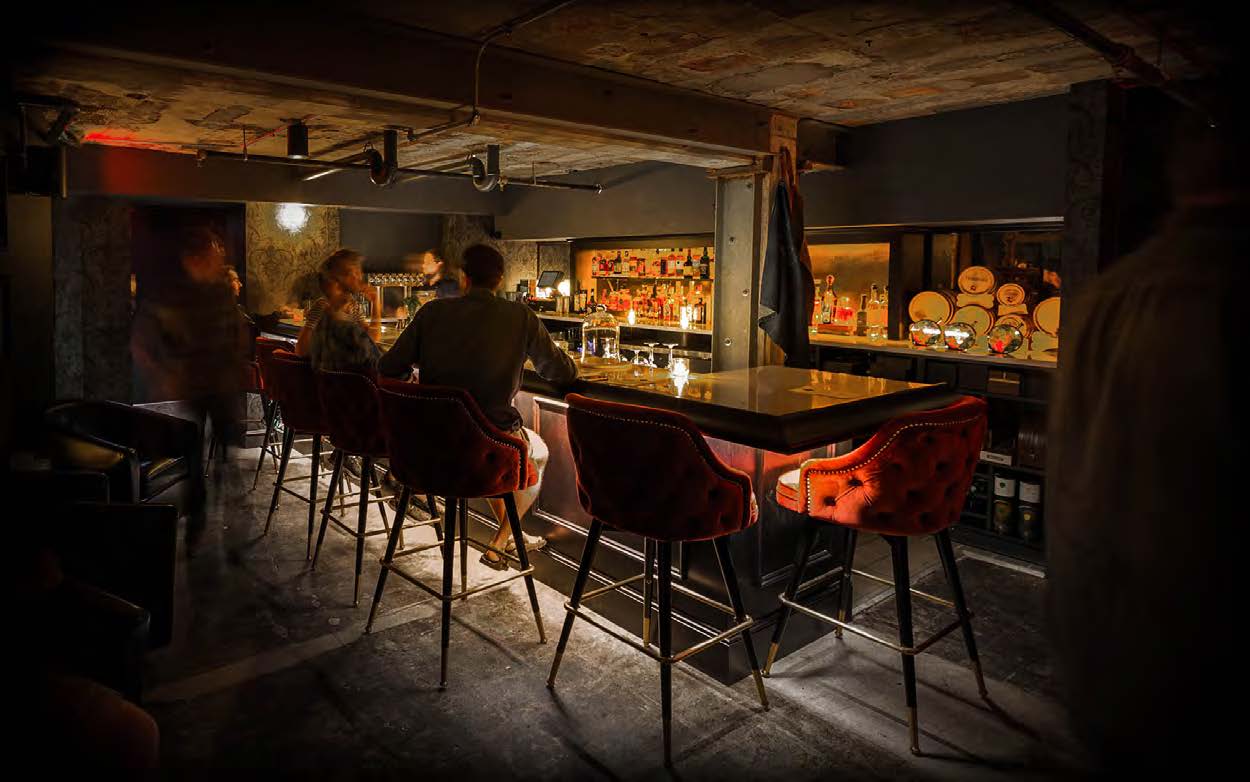 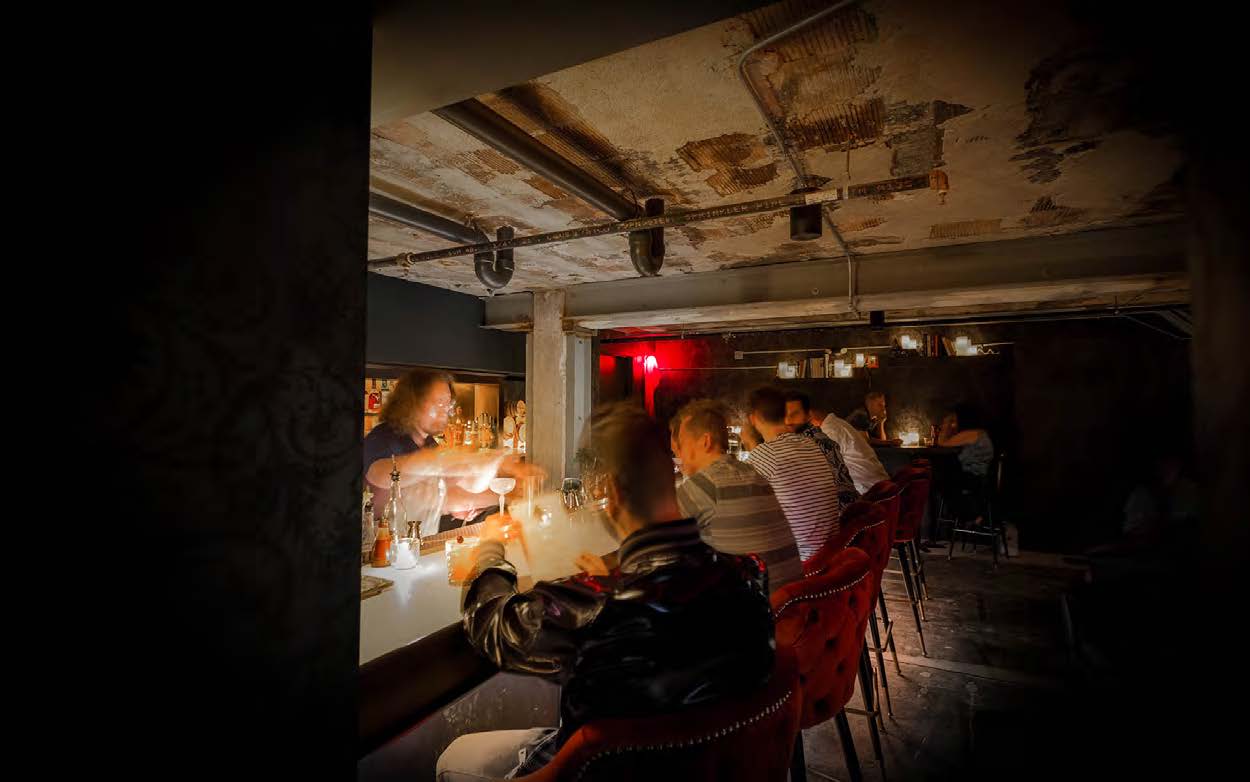 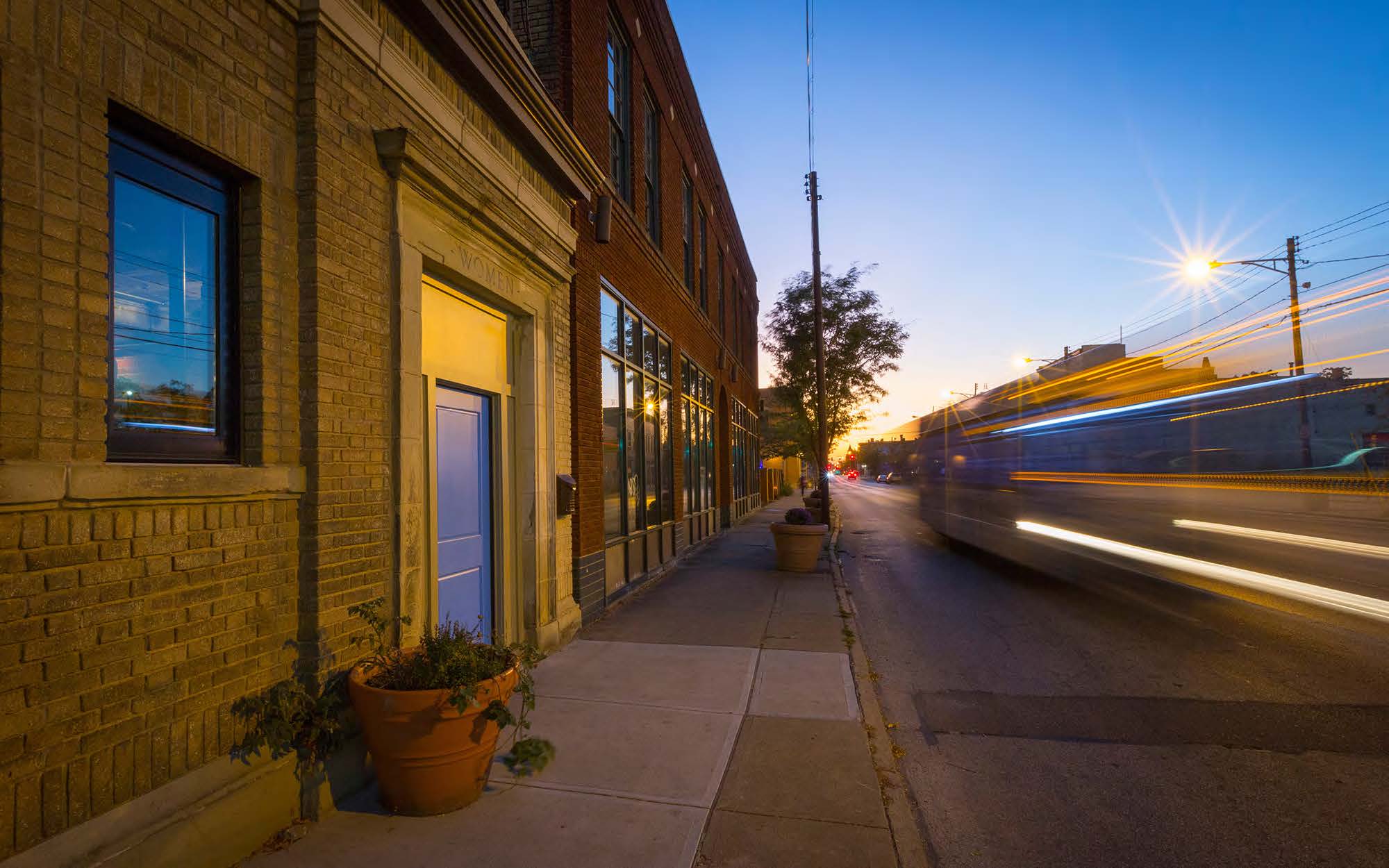