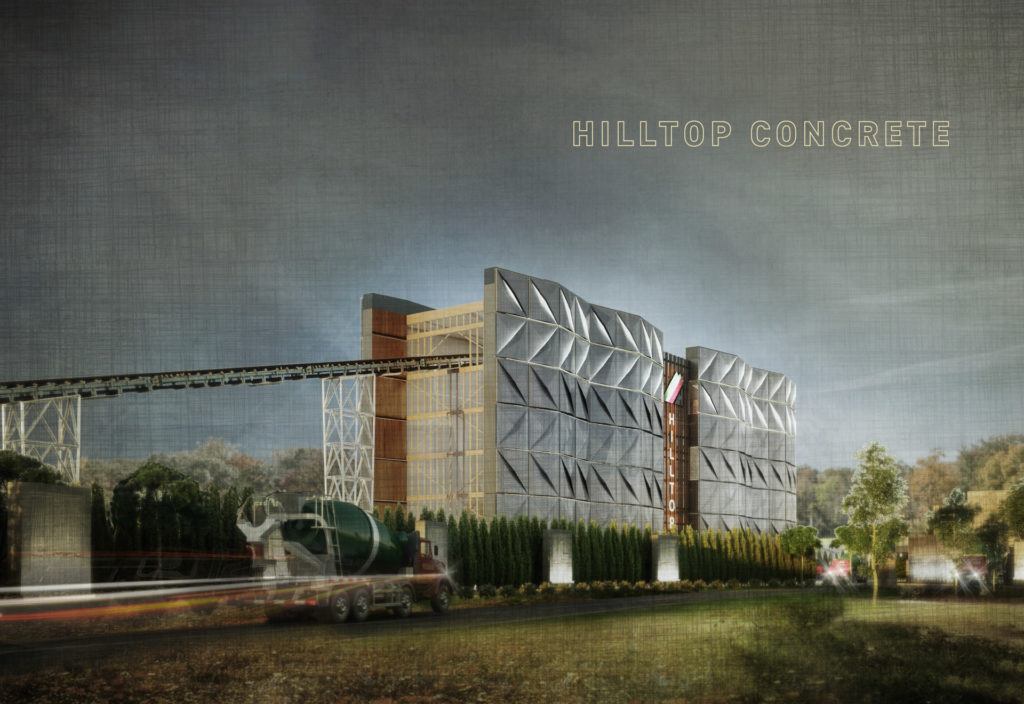 The Hilltop Concrete plant has been located by the Ohio River in Cincinnati’s Central Business District for 75+ years. As the riverfront developed, the messy and loud plant was seen as an impediment to the revival of the area. The main issue was the plant’s relocation, since it needs river access for materials and a central location to retain business contacts.
Directly west of CBD, a site by the river was identified as a possible location. The site is industrial, near major highways and rail (an alternate material outlet), and separated from CBD by I-75, a major highway. This site is also located near a busy local road connecting the west side to the CBD. Concrete creation causes a lot of noise and debris, so it was important to design a solution that would surround the machinery. It is also an opportunity for visibility for Hilltop—due to location, it can be a landmark, not just another plant.
The concept was to house machinery with a simple steel frame and clad the frame with articulated reinforced concrete resin panels. The inspiration for the angular panels was the microscopic appearance of silica, a major additive to concrete. The panels are designed as a single piece, but rotated 90° to form variation appearing crystalline. The angle direction allow for direct rain runoff (from roof and cladding) into a water collection, which could be used in the concrete production. At the ends of the structure, translucent panels would be added to create a light box at night to emphasize the presence.
More pre-cast panels, located along the south side, screen the production line and feature bas reliefs that illustrate the history of concrete construction in the area. 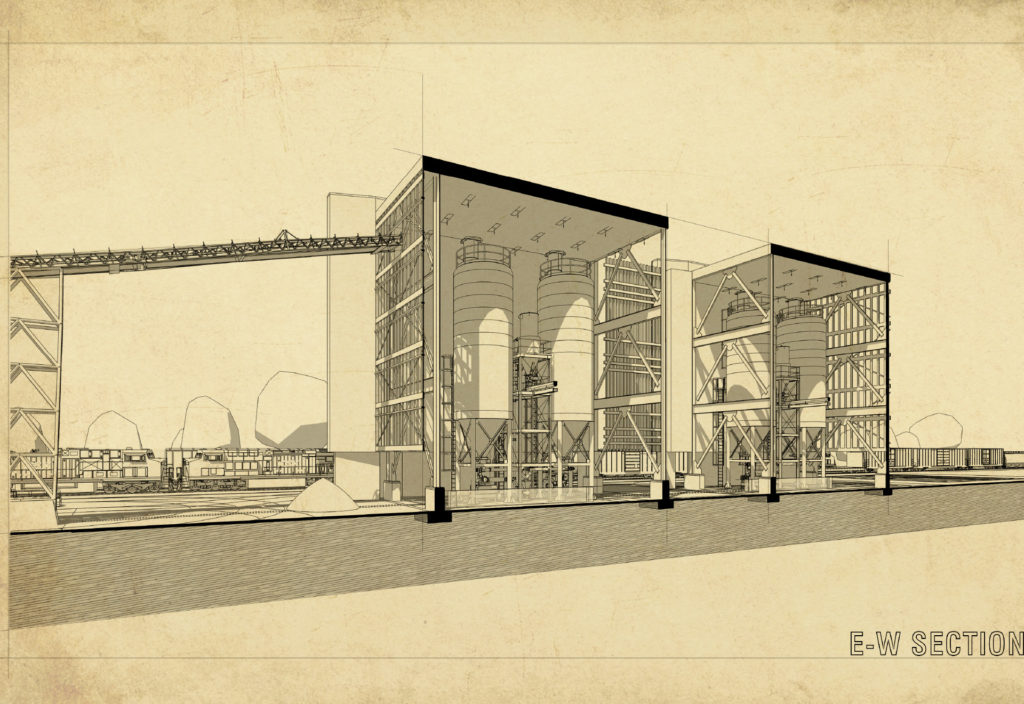 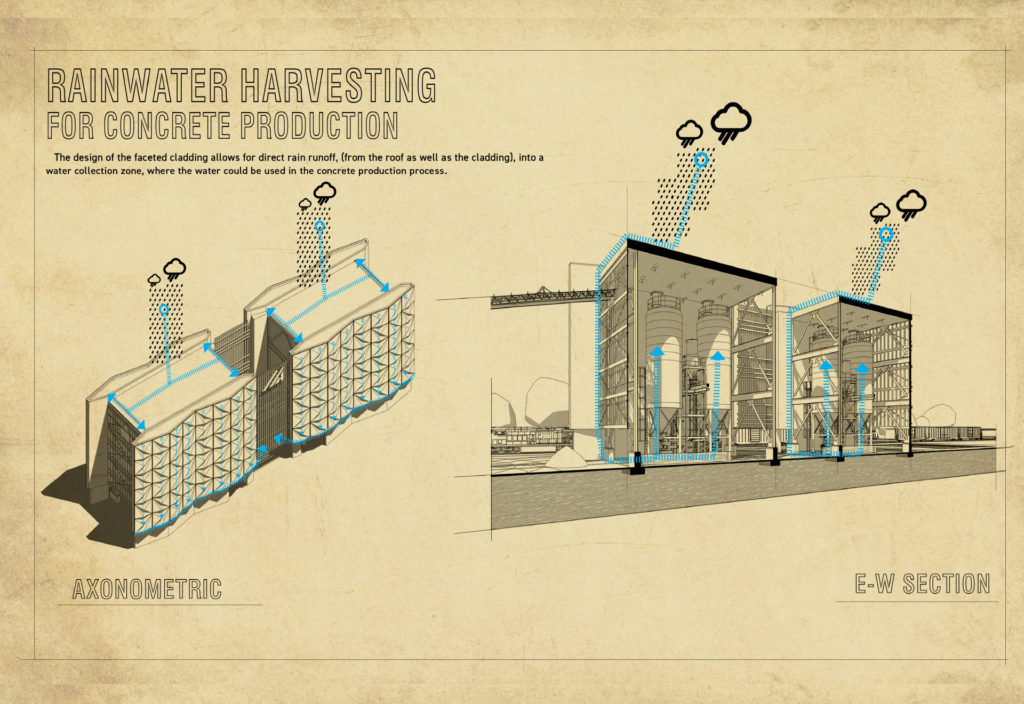 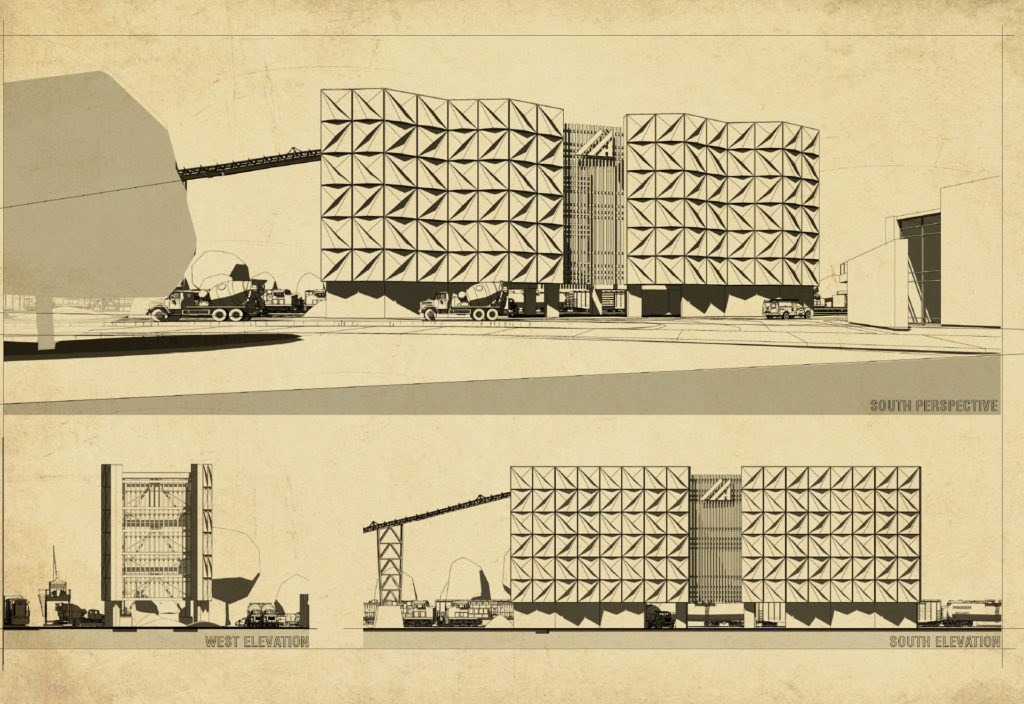 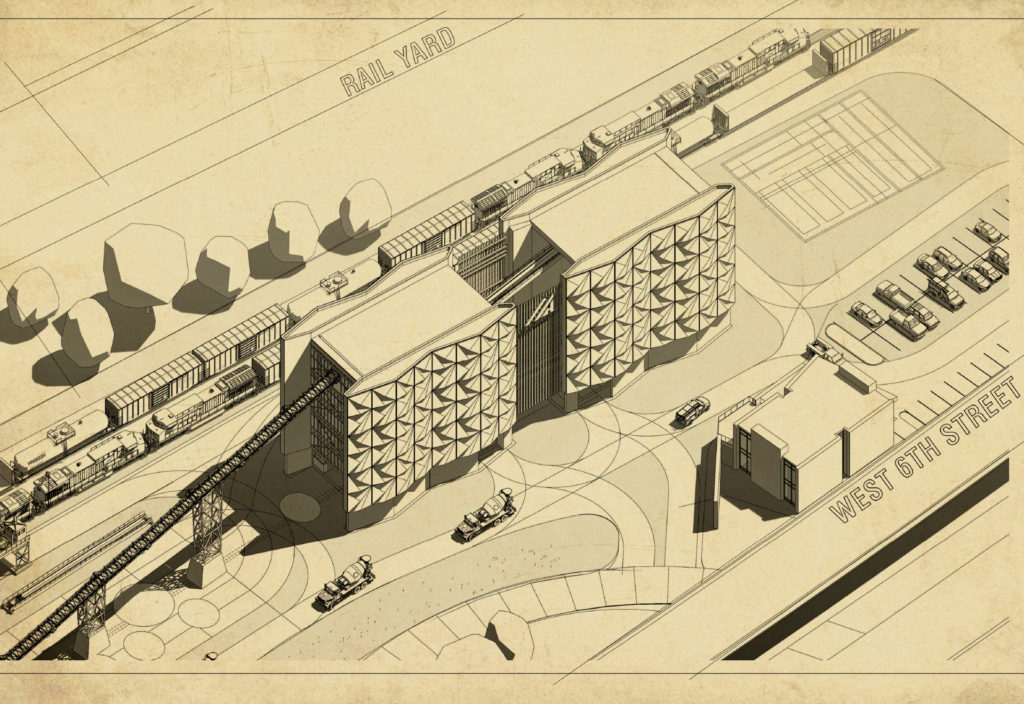 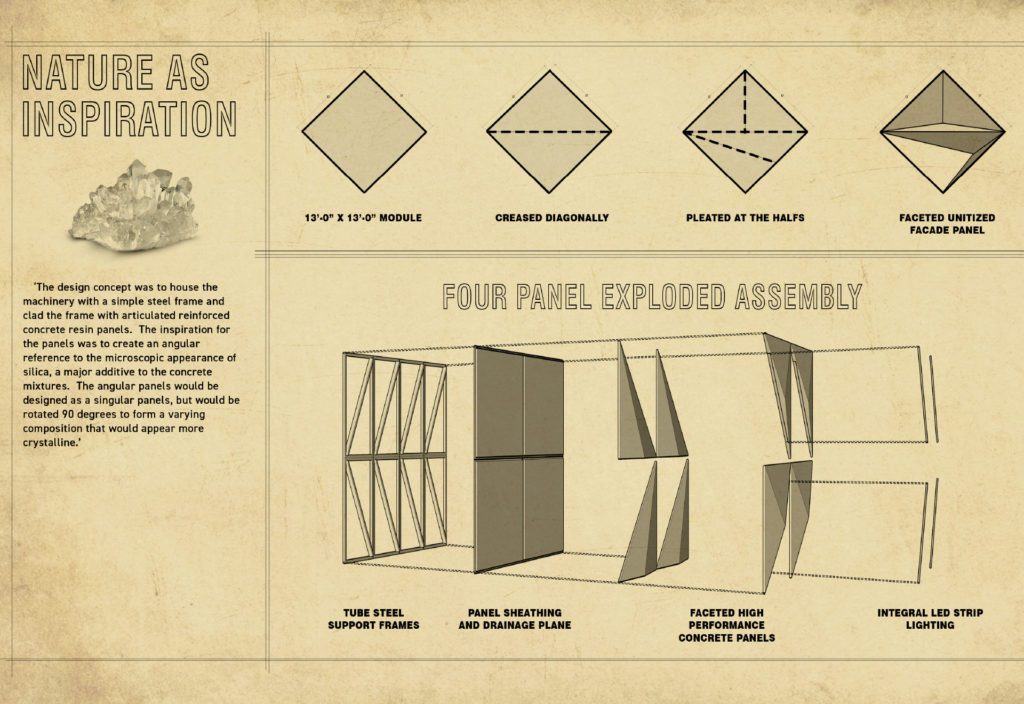 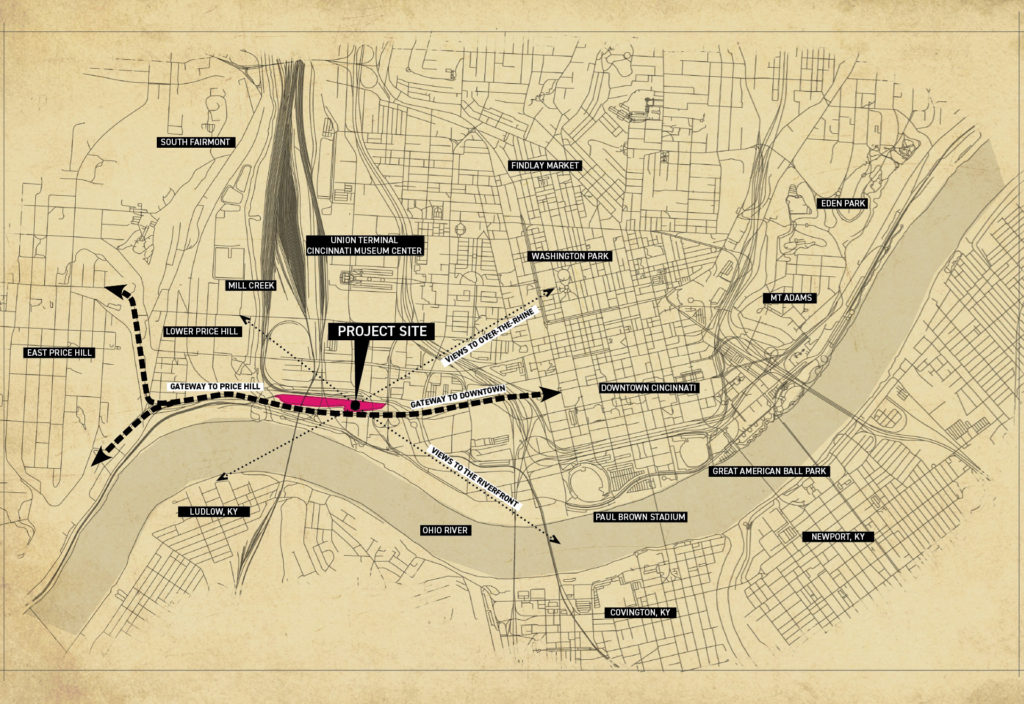 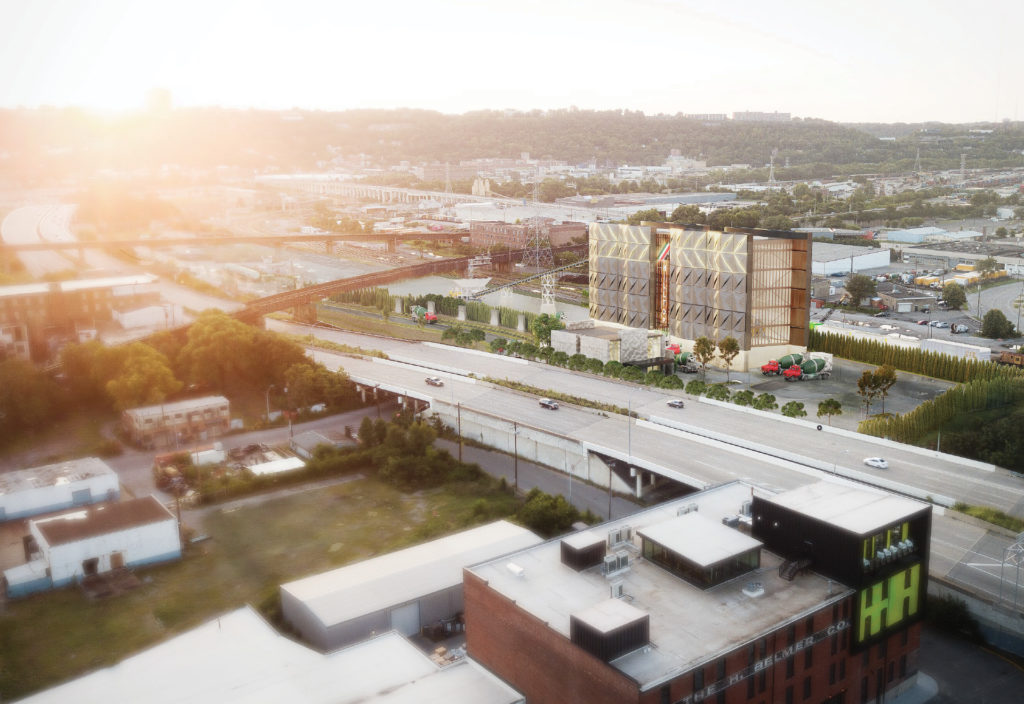 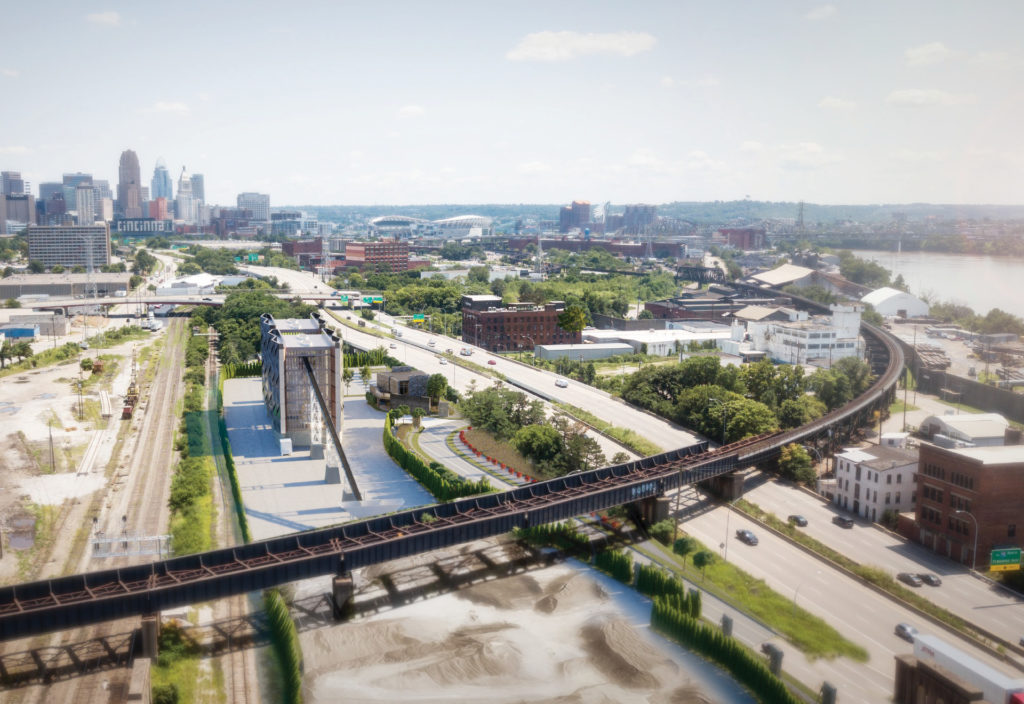 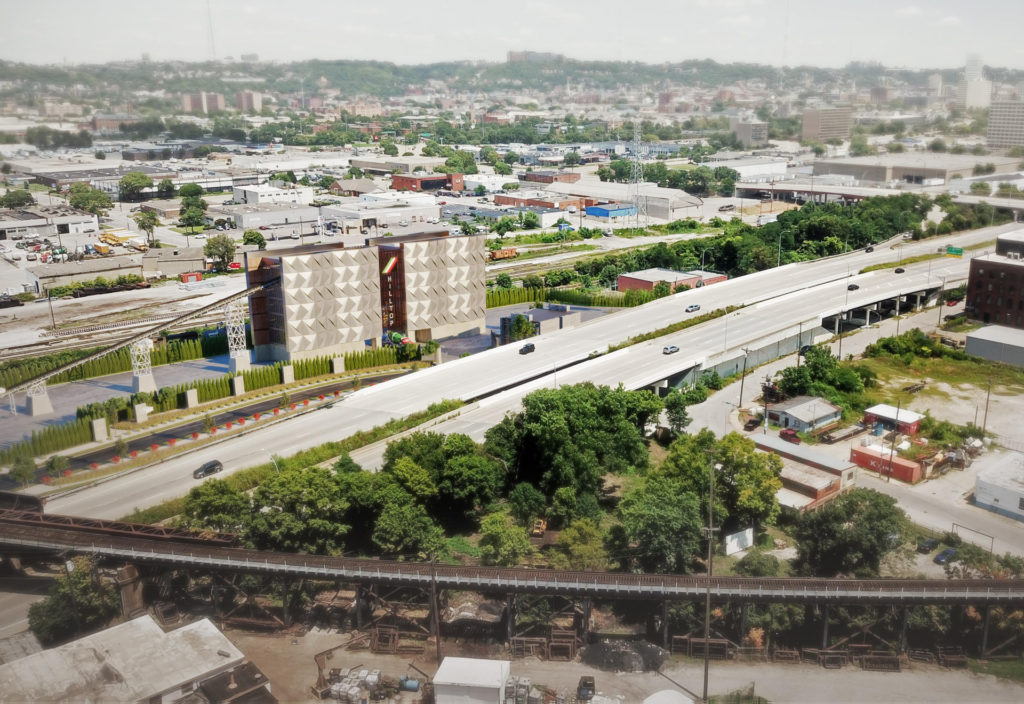