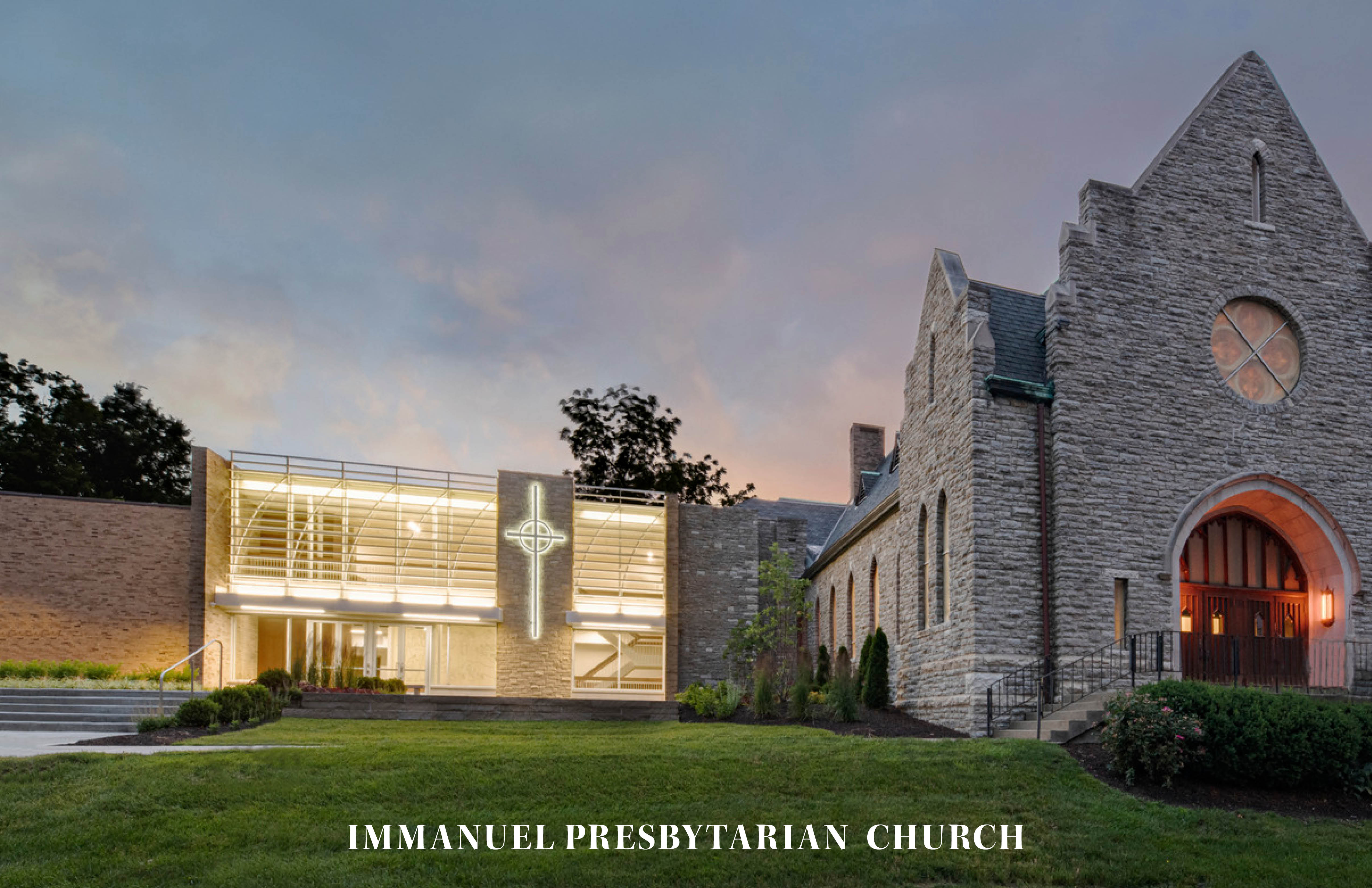 Immanuel Presbyterian Church is reportedly the oldest incorporated church in the state of Ohio, completed on Easter Sunday in 1885. Over time, the church and building has grown, with several additions including the most recent two-story mid-Century modern entry. This façade, while colorful, consisted of single pane cast glass panels direct set into a solid aluminum curtainwall system. Thermal and moisture performance, exacerbated by the lack of air conditioning in the lobby, with no overhangs or canopies at the east-facing entry, proved problematic.

The church invited MSA to replace the curtainwall only, but after MSA conducted an abbreviated assessment and master plan that proposed a slight enlargement of the lobby that would enable a new façade without disrupting the existing building enclosure, the church decided to move forward with enhancing the entry and lobby. This plan also included several options for future renovations and enhancements for their facility.

The new façade incorporates solar shading, a thermally broken curtainwall system, and high-performance glazing with a linear canopy to provide weather protection at the entry. A vertical stone element and arched framing members echo the original church building in a contemporary manner. The cast glass panels set into the windows provide necessary shade while also inviting light to enter the space. In conjunction with the new façade, updates to the entire exterior front court of the church with new landscape, paving, sidewalks, and lighting create a more inviting entryway. Renovations were also completed for signage and the two-story lobby, restrooms, parlor, and kitchen. 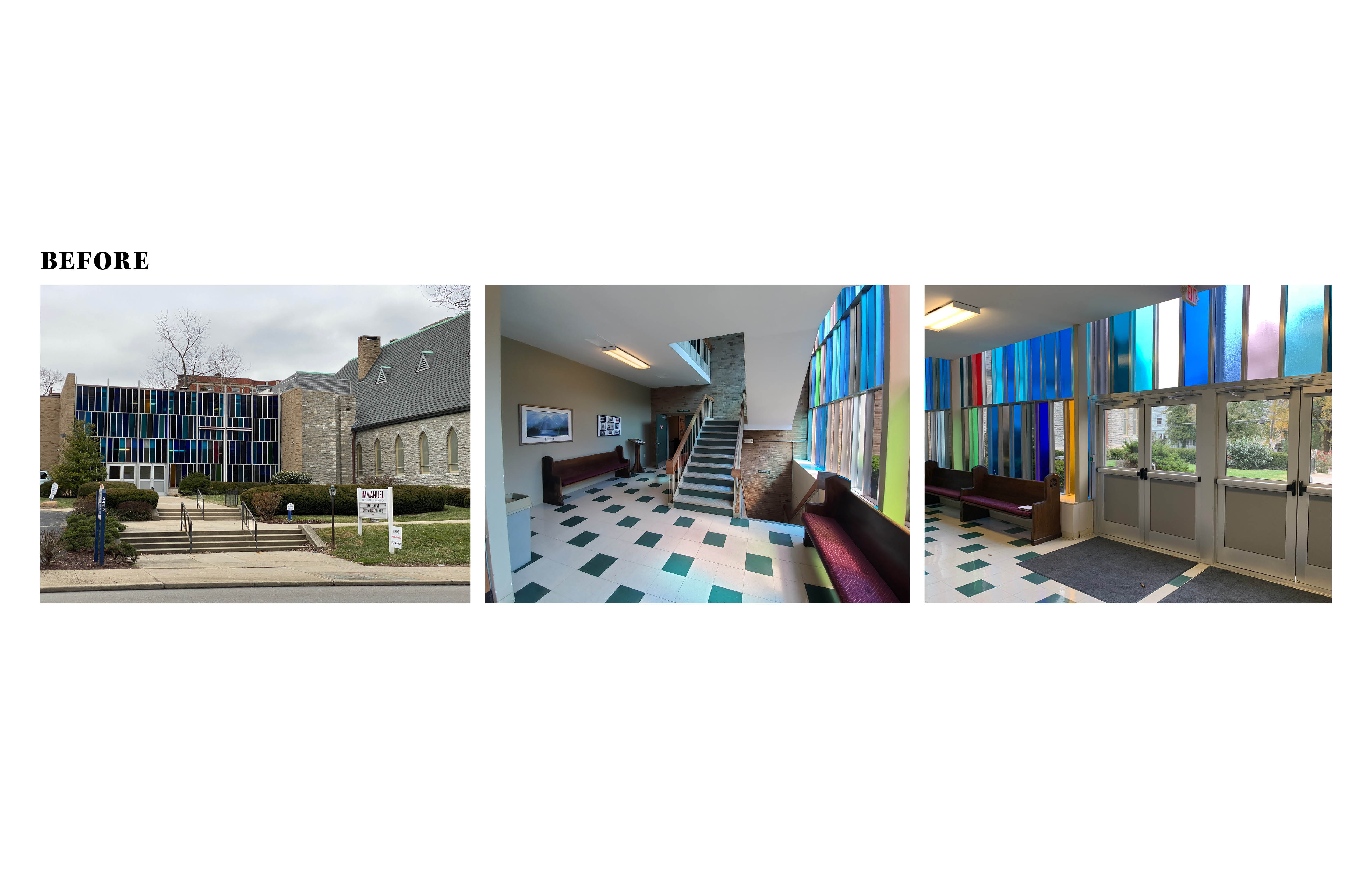 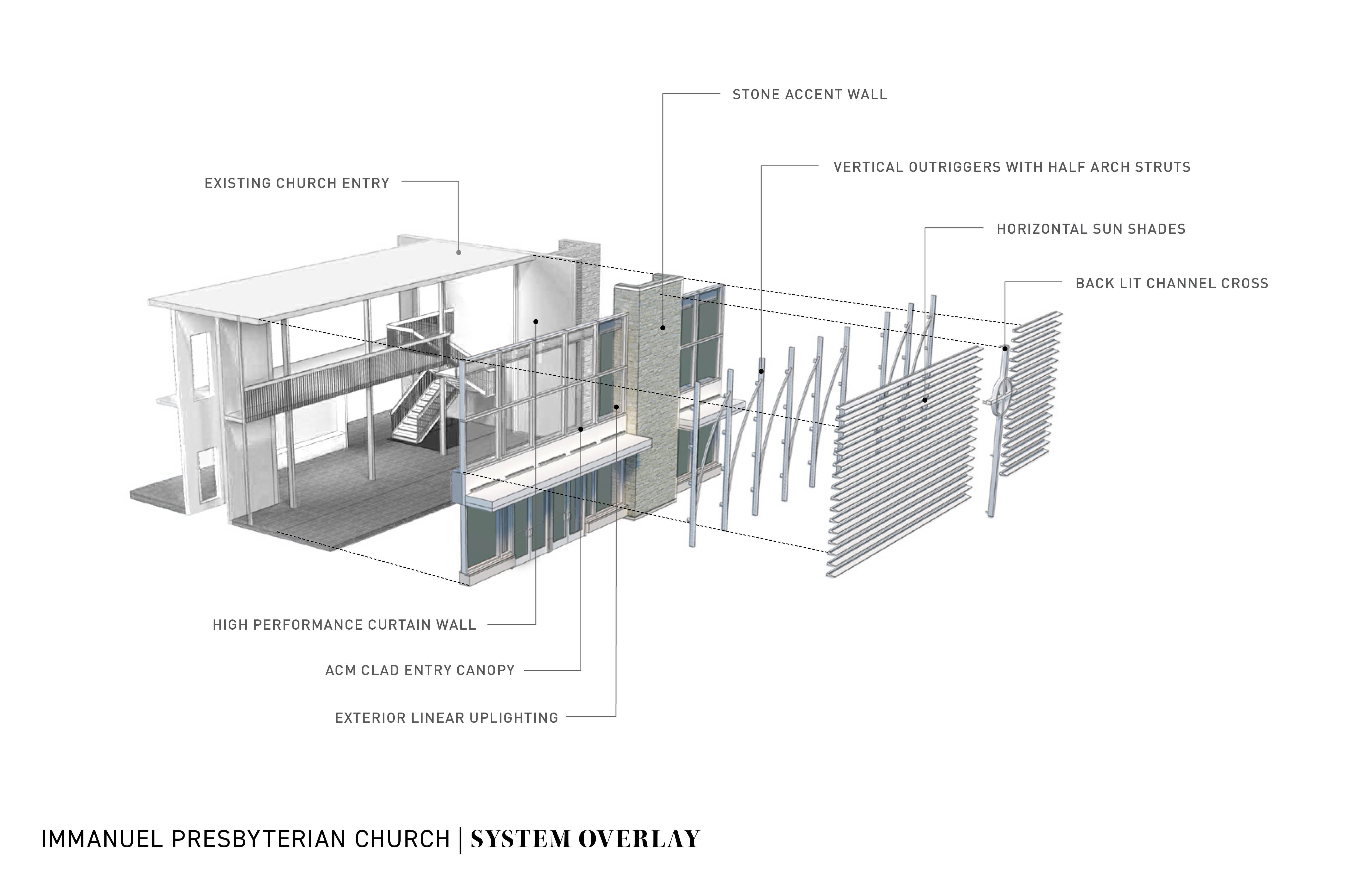 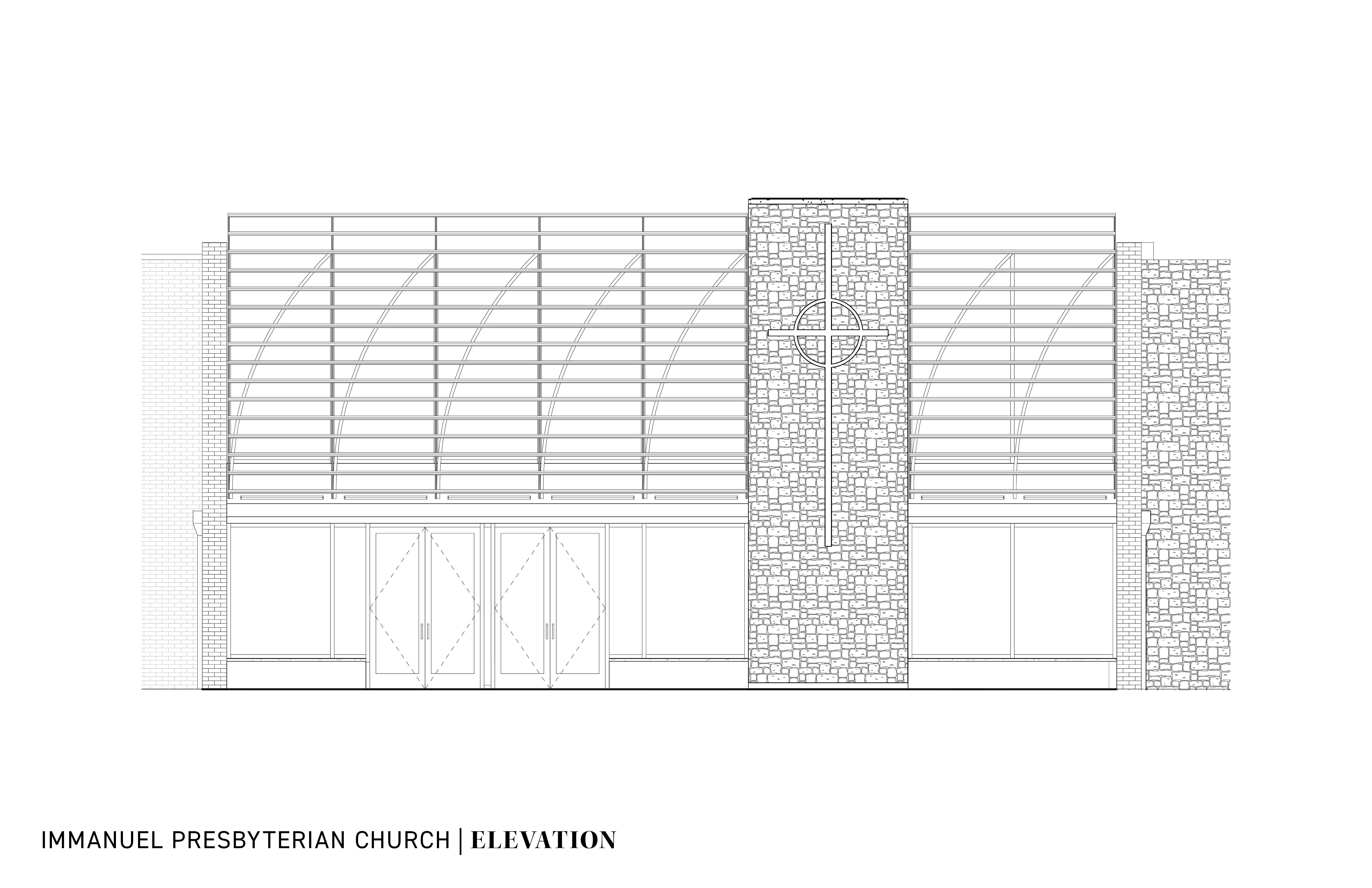 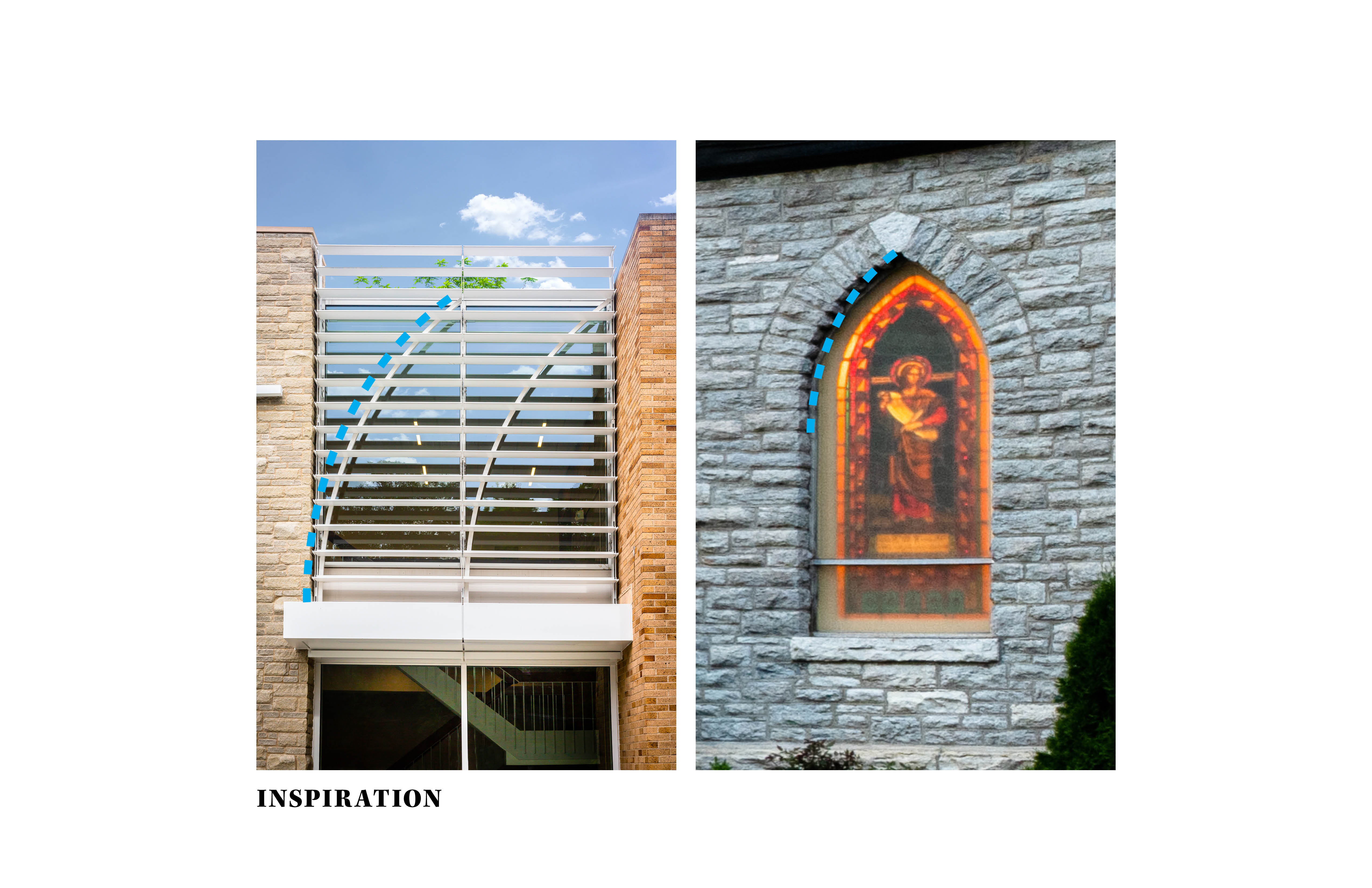 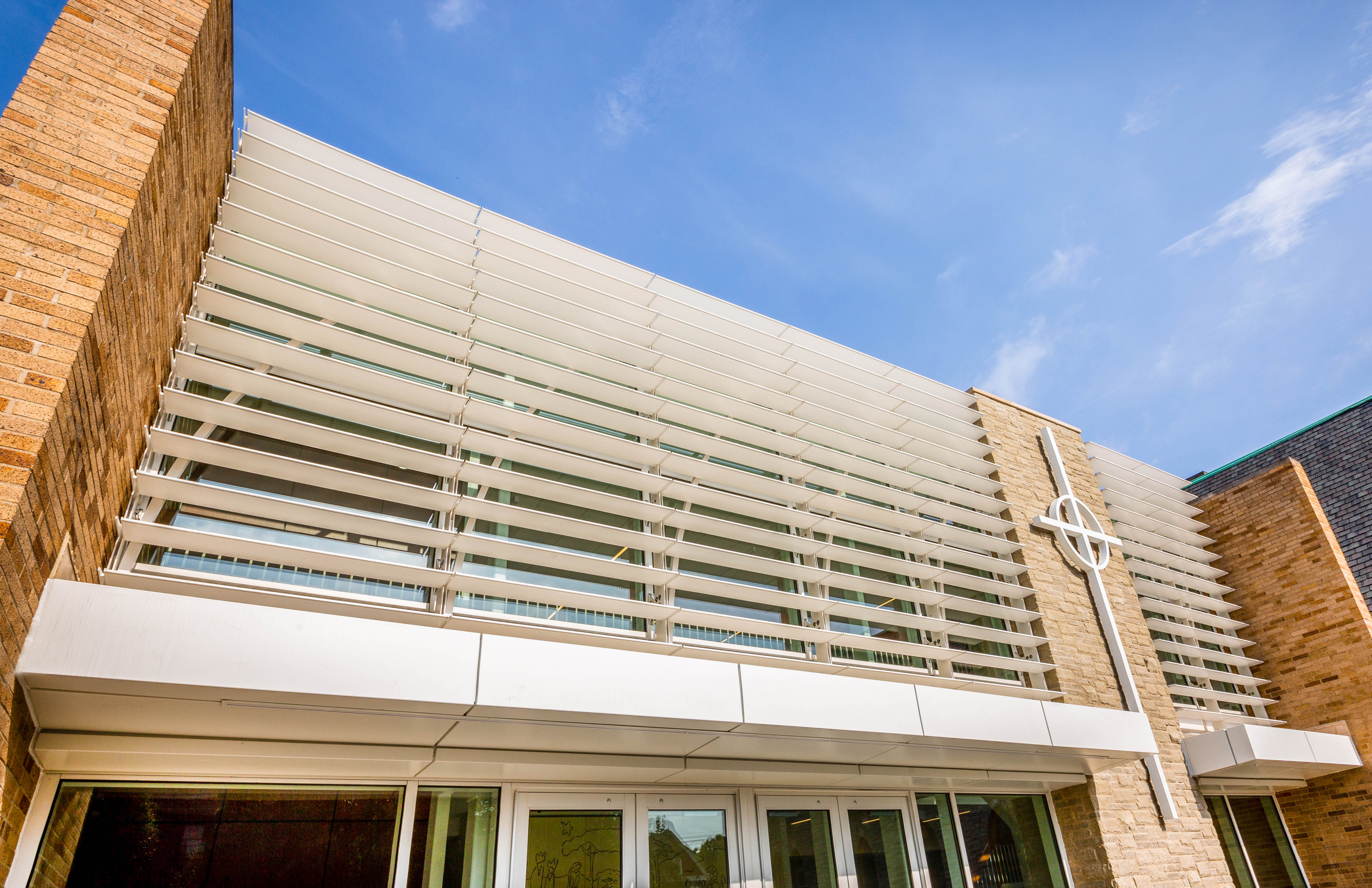 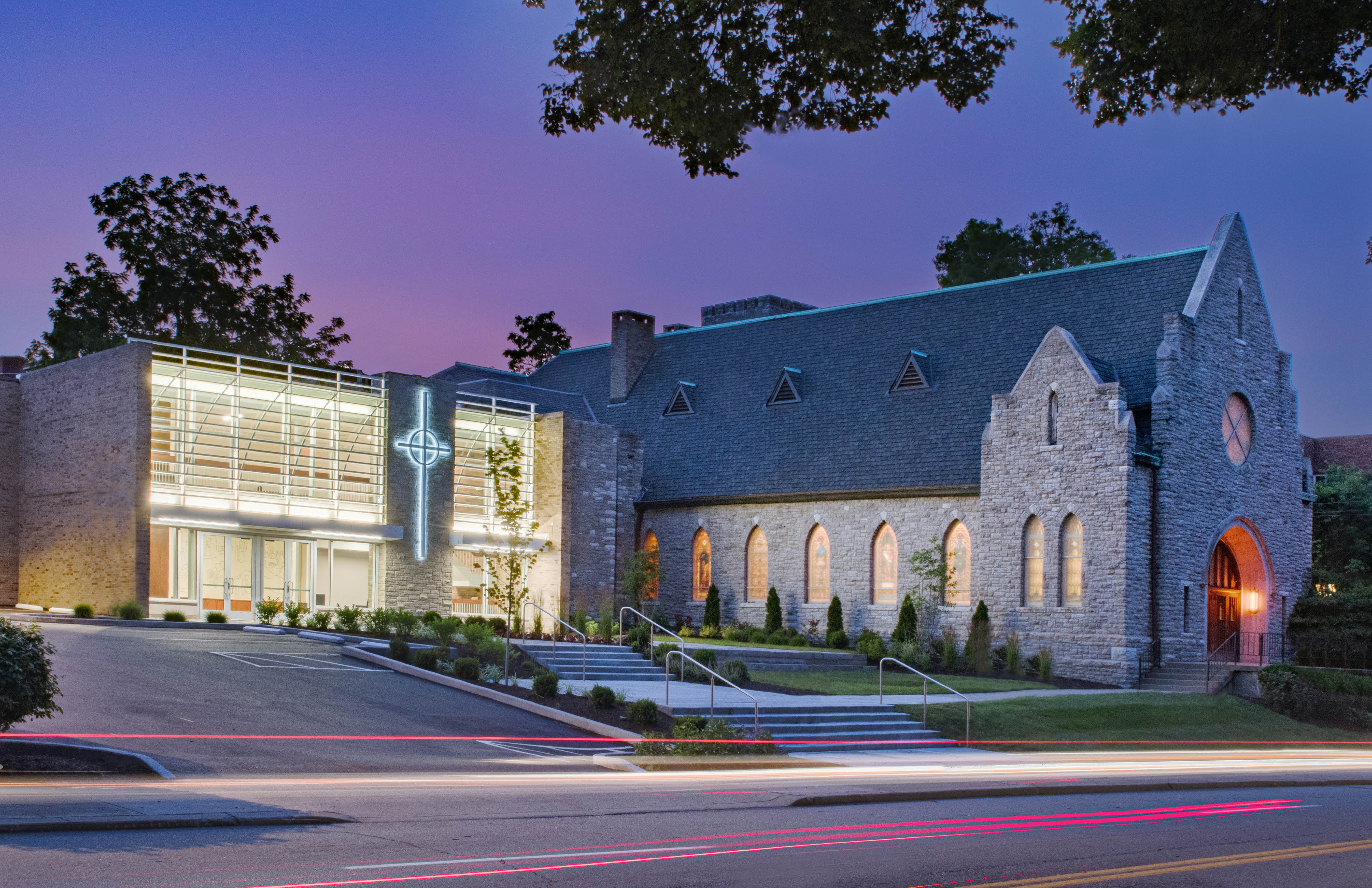 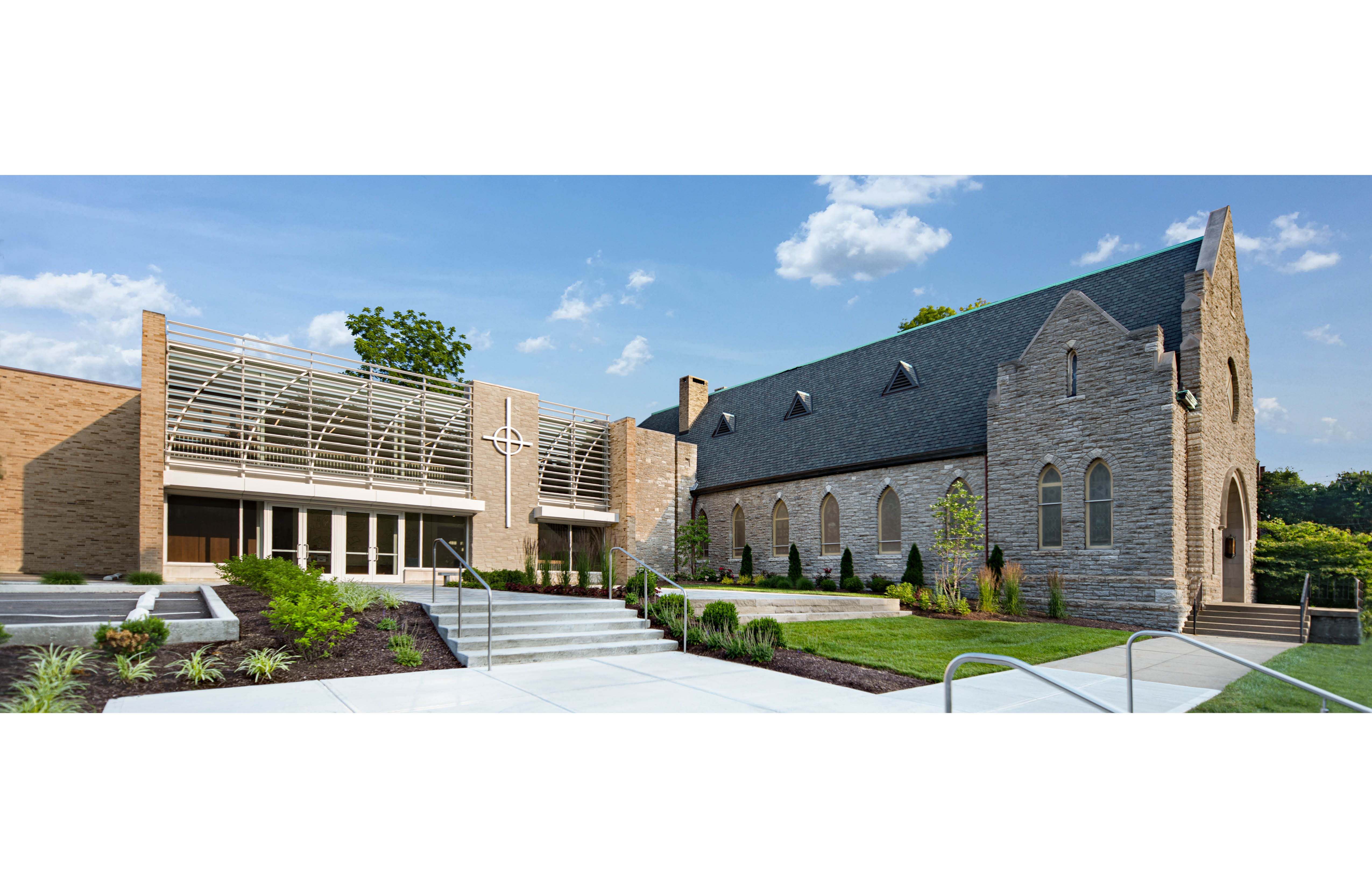 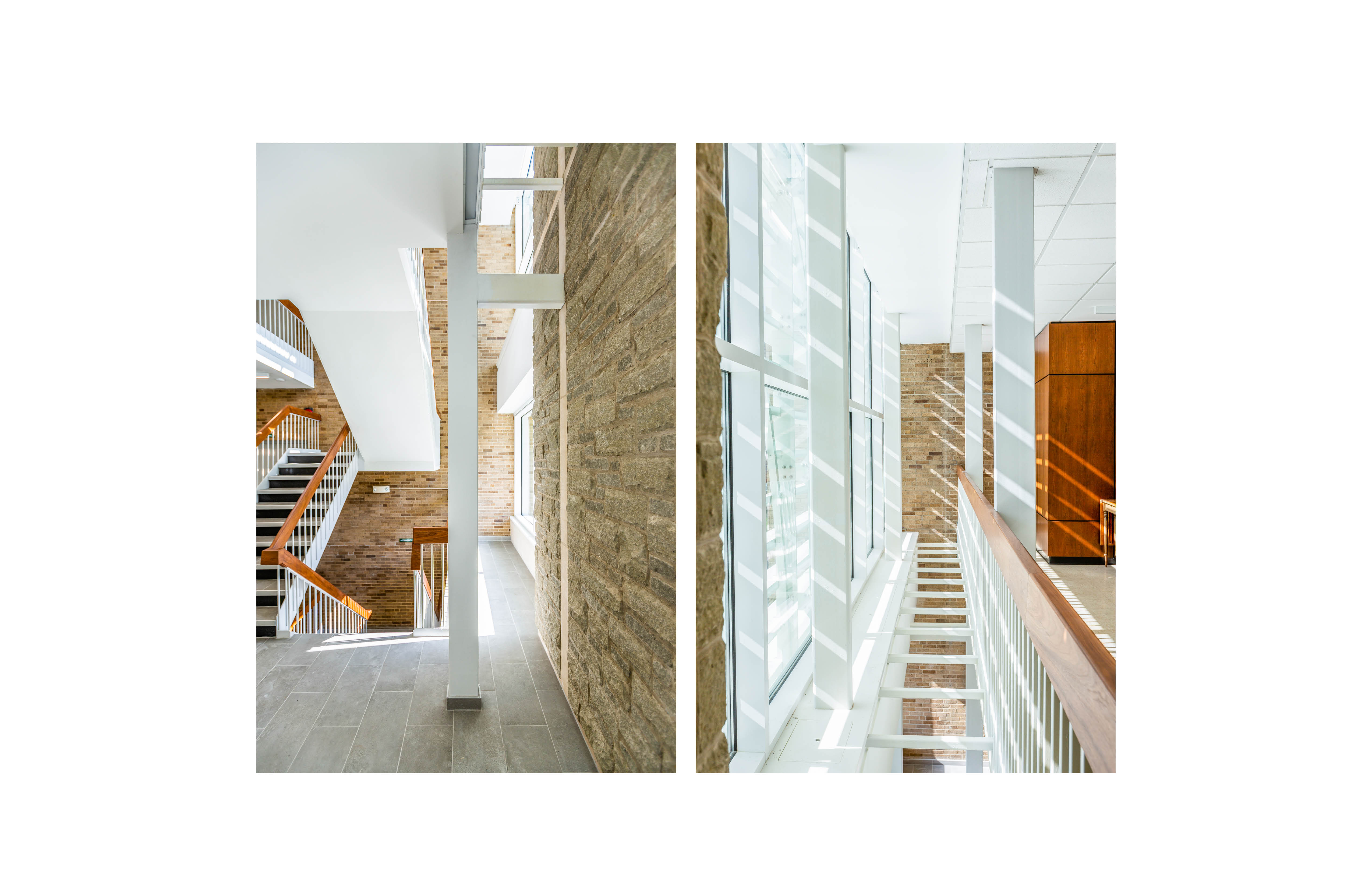 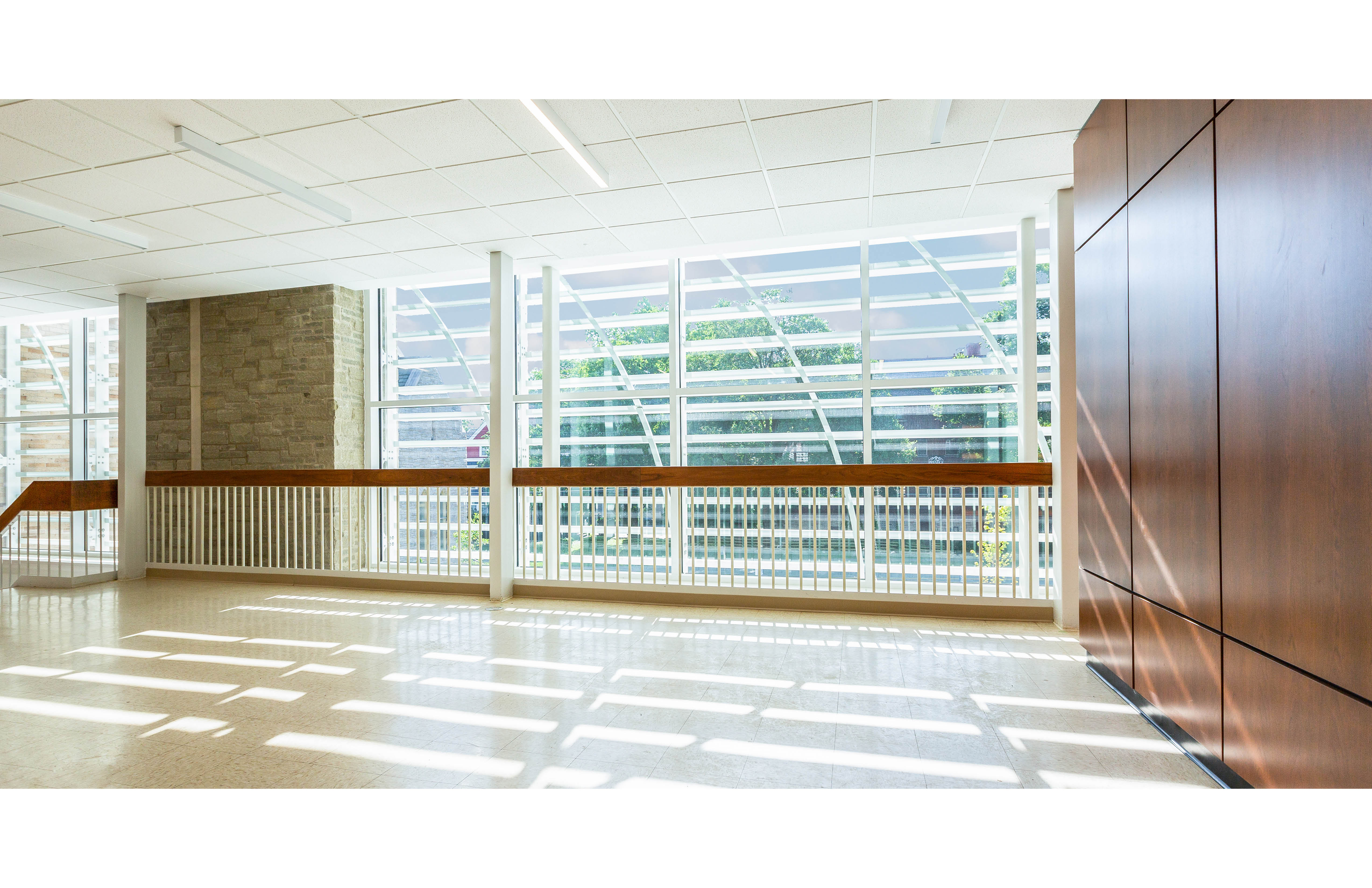 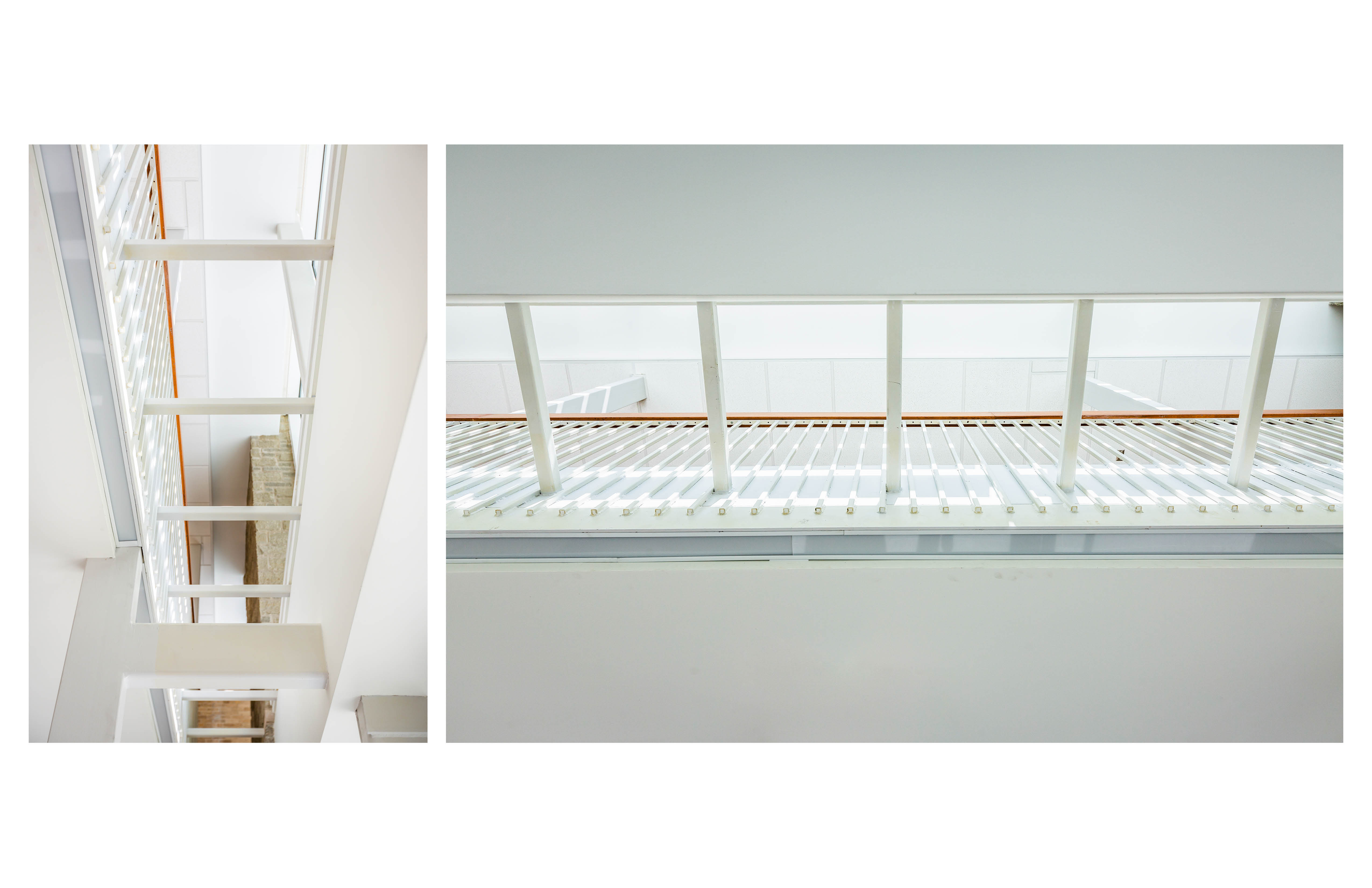 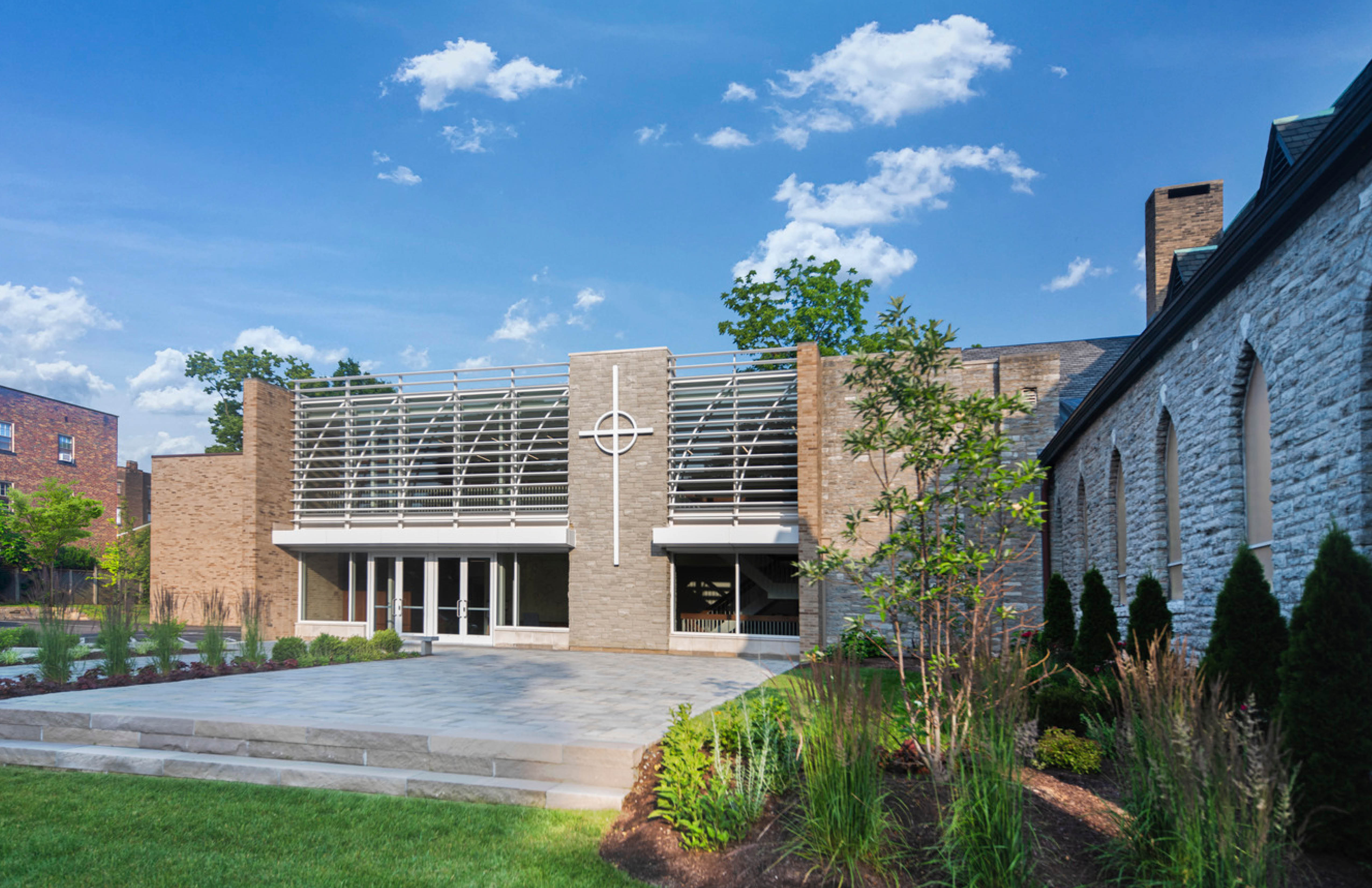