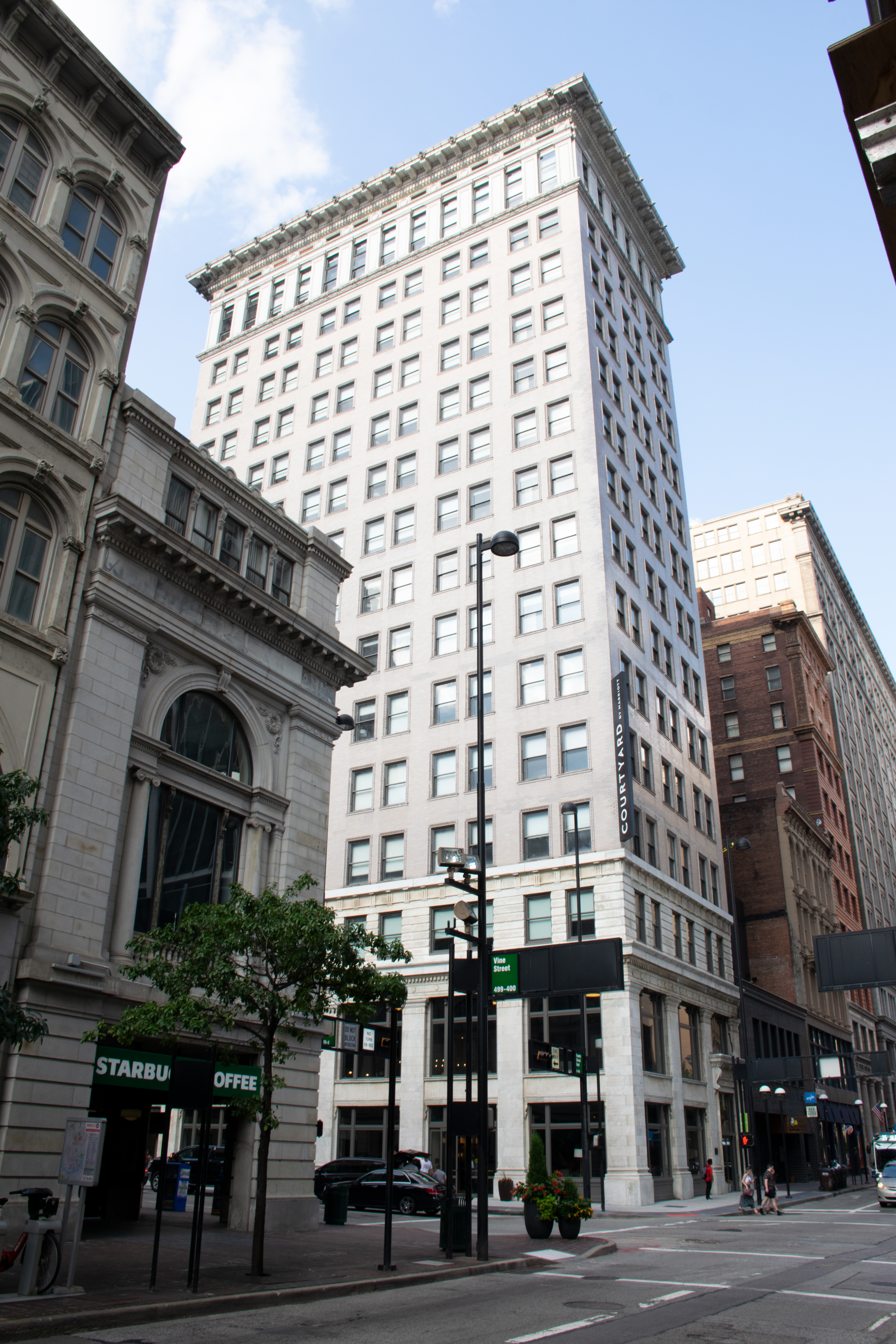 As the first cast-in-place concrete skyscraper, the design team built on the statement of the original structure by relating new designs to the bold beginning that was upheld in 1903. In the 1980’s, the City purchased the rights to a portion of the building to incorporate into the Fourth Street pedestrian corridor. This area was purchased back from the city in effort to help pull the building façade back to its original form. The new design pursued historic tax credits, which assisted with the rehabilitation to many necessary updates. A new egress stair was threaded vertically through the building’s concrete structure allowing for a second means of egress. The lobby levels 1 and 2 were opened and connected with a monumental curved stair pulling much of the main program to the second floor, similar to the original main bank teller function. The existing bank vault in the basement was integrated into the new fitness center. The guestrooms of the historic Ingalls building were designed as a space that inspires work and relaxation. Allowing guests to define how the space is used with open areas, the design team emphasized the history of the building with bold use of color and adaptive reuse of original features. Incorporating functionality and guest-focused fields, the historic Ingalls building has been re-invented to deliver the ideal business/travel paradigm. With elevated finished and attentive touches, Ingalls is a space for many to admire and enjoy. As a testament to innovation both past and present, Ingalls challenges the status quo, and is the new ideal in its field.

Built in 1903 as a bank, the 16-story structure was the world’s first reinforced concrete skyscraper. This building has been identified on the National Register of Historic Places, and as part of this adaptive reuse conversion, has received recommendation from the Ohio State Historic Preservation Office and approval from National Park Service for the proposed Description of Rehabilitation. The building was transformed into a 126-guestroom Courtyard by Marriott Hotel, complete with public and amenity spaces. The redesign maintained historical significance with original floors, ceiling elements, bank vaults, colossal beams remaining in the guest suites, honoring past and pushing the future.

The Ingalls Historic building conversion was a cross-disciplinary venture as we partnered with MEP specialists, historic conservation associates and Marriott colleagues, designers and architects. There were frequent collective meetings involving a variety of observations to assess and consider. Ensuring that likings were gathered, and thoughts were considered, this project became a collective undertaking. The Ingalls building was achieved with a team of various and diverse individuals. Blending many branches of knowledge and proficiency resulted in the mutually beautiful and functional completion of this historic space for everyone to appreciate. 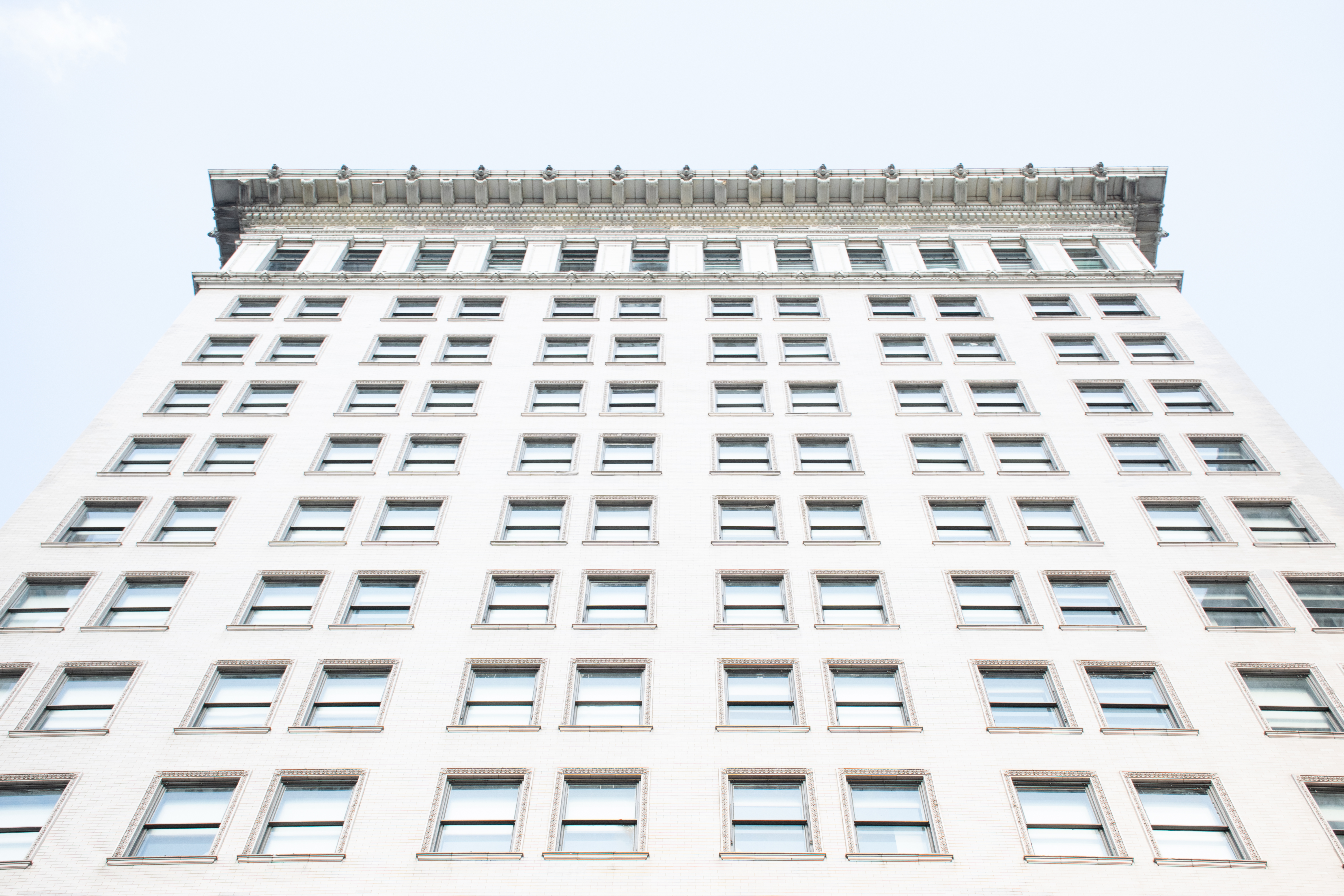 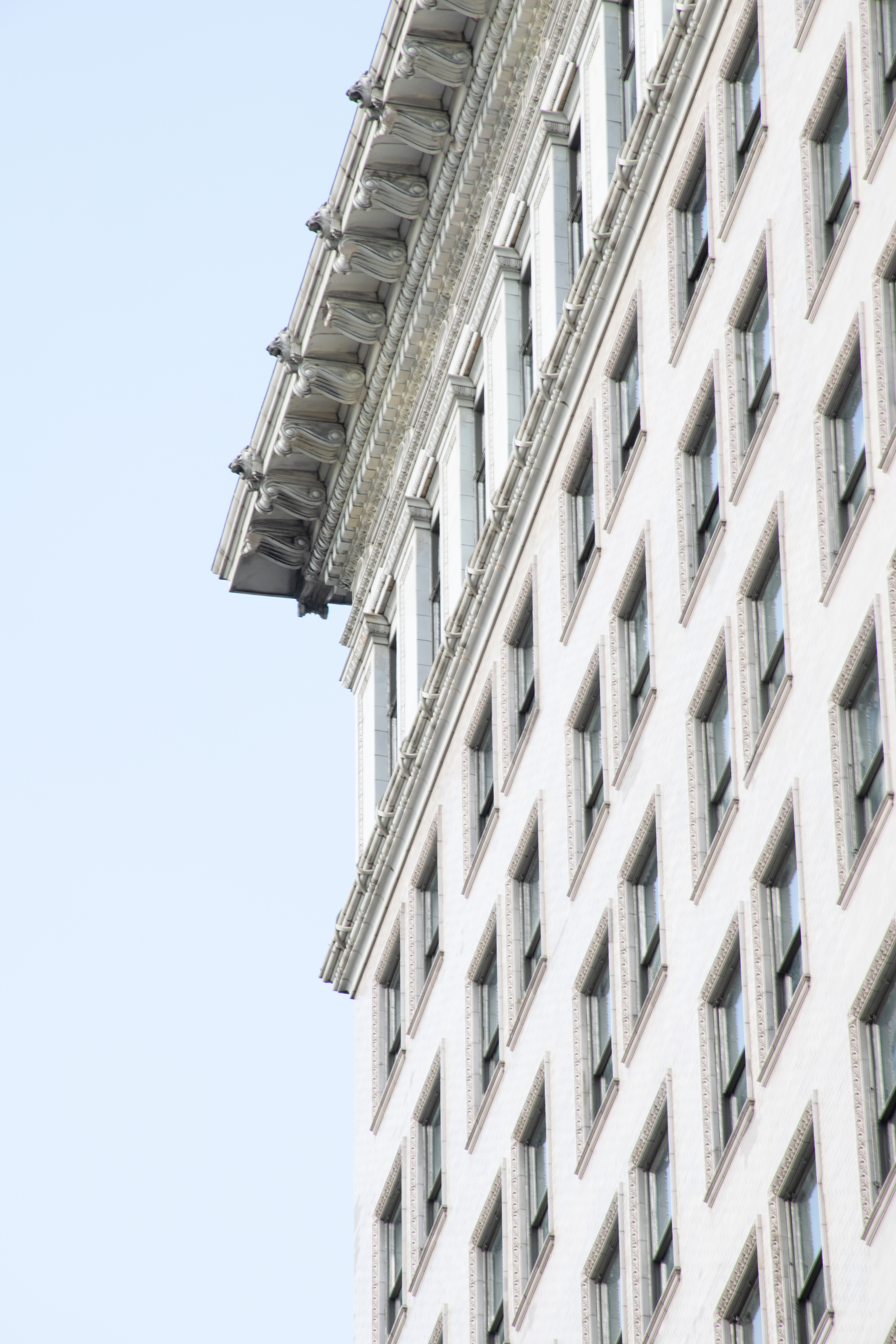 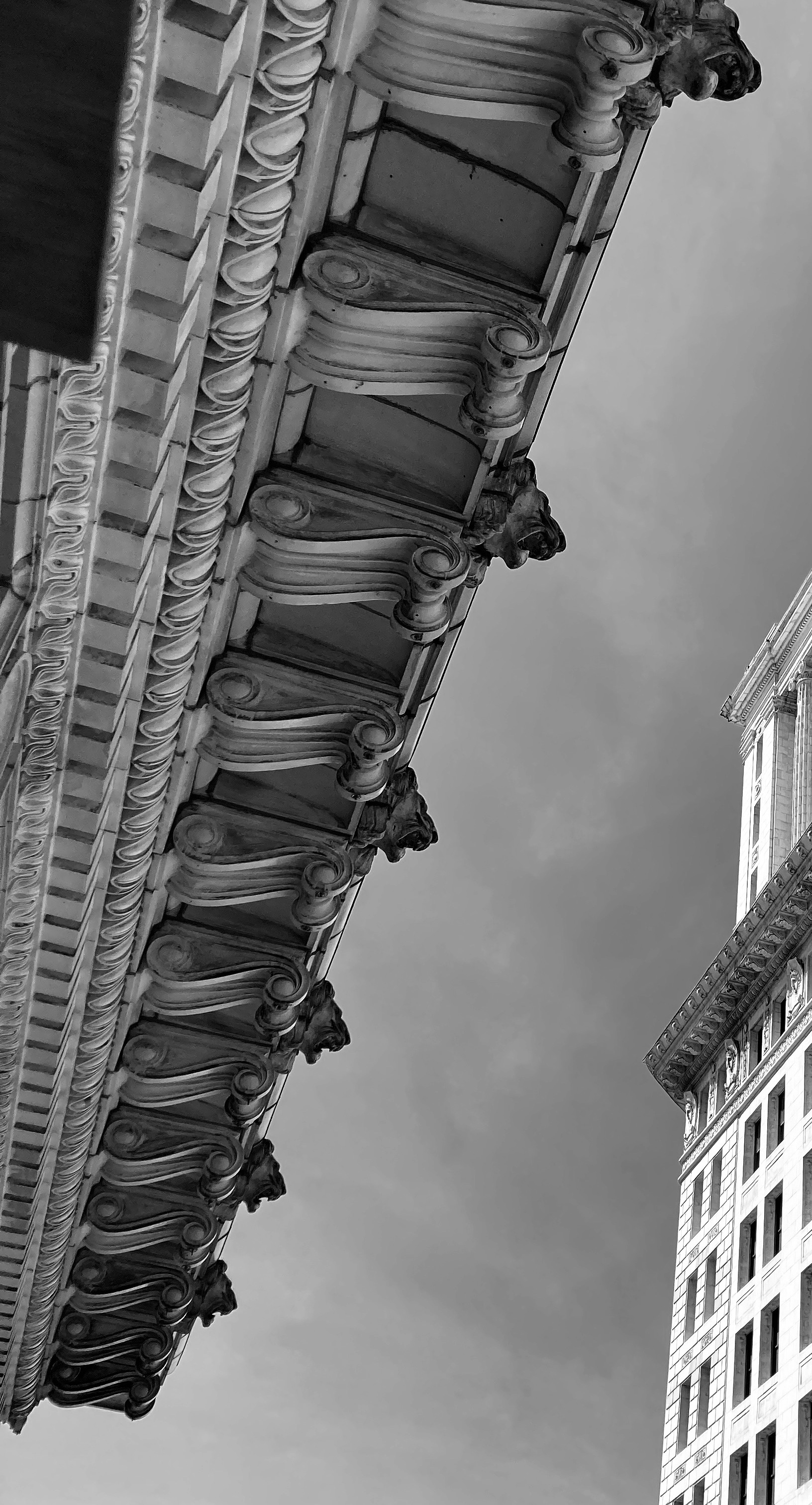 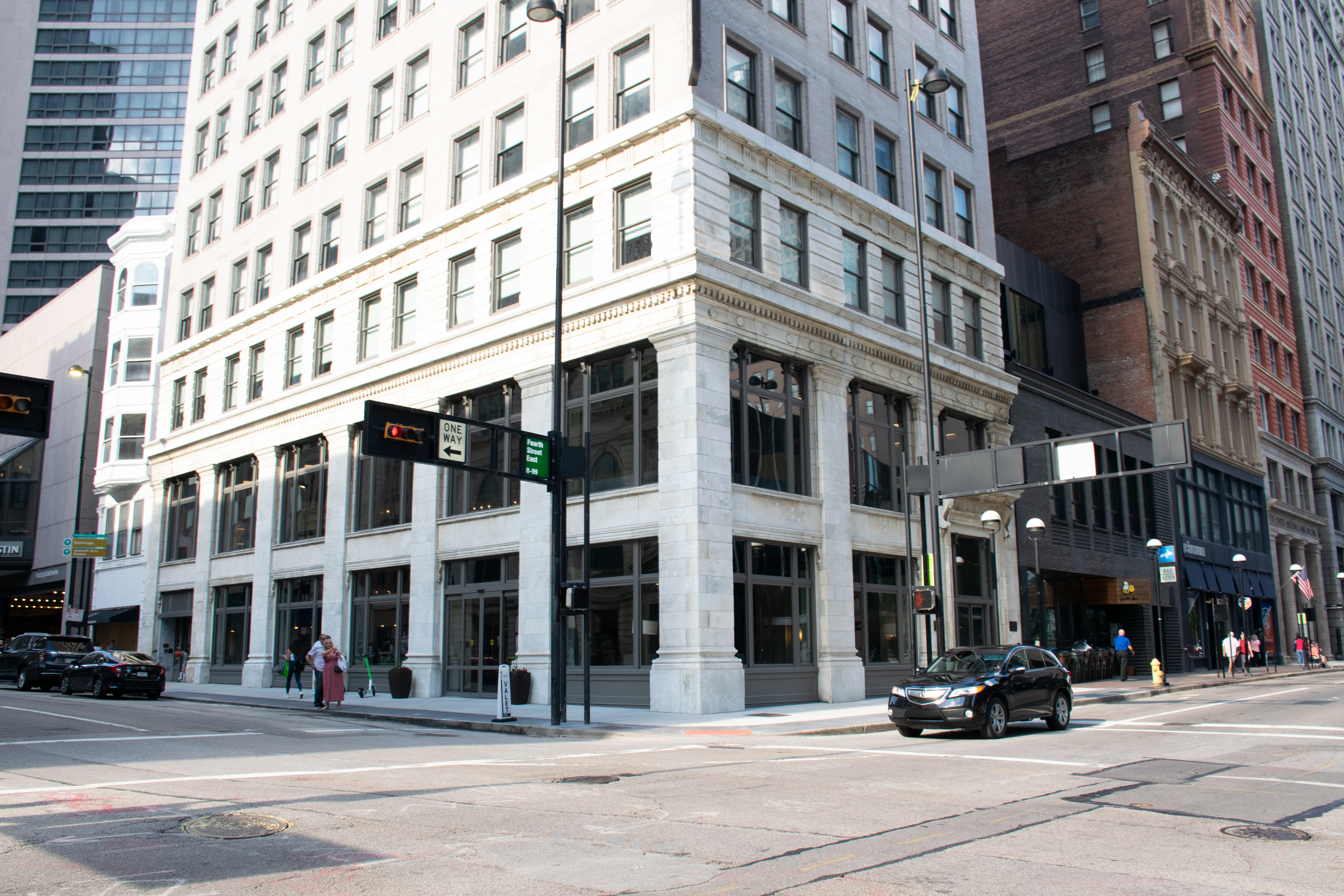 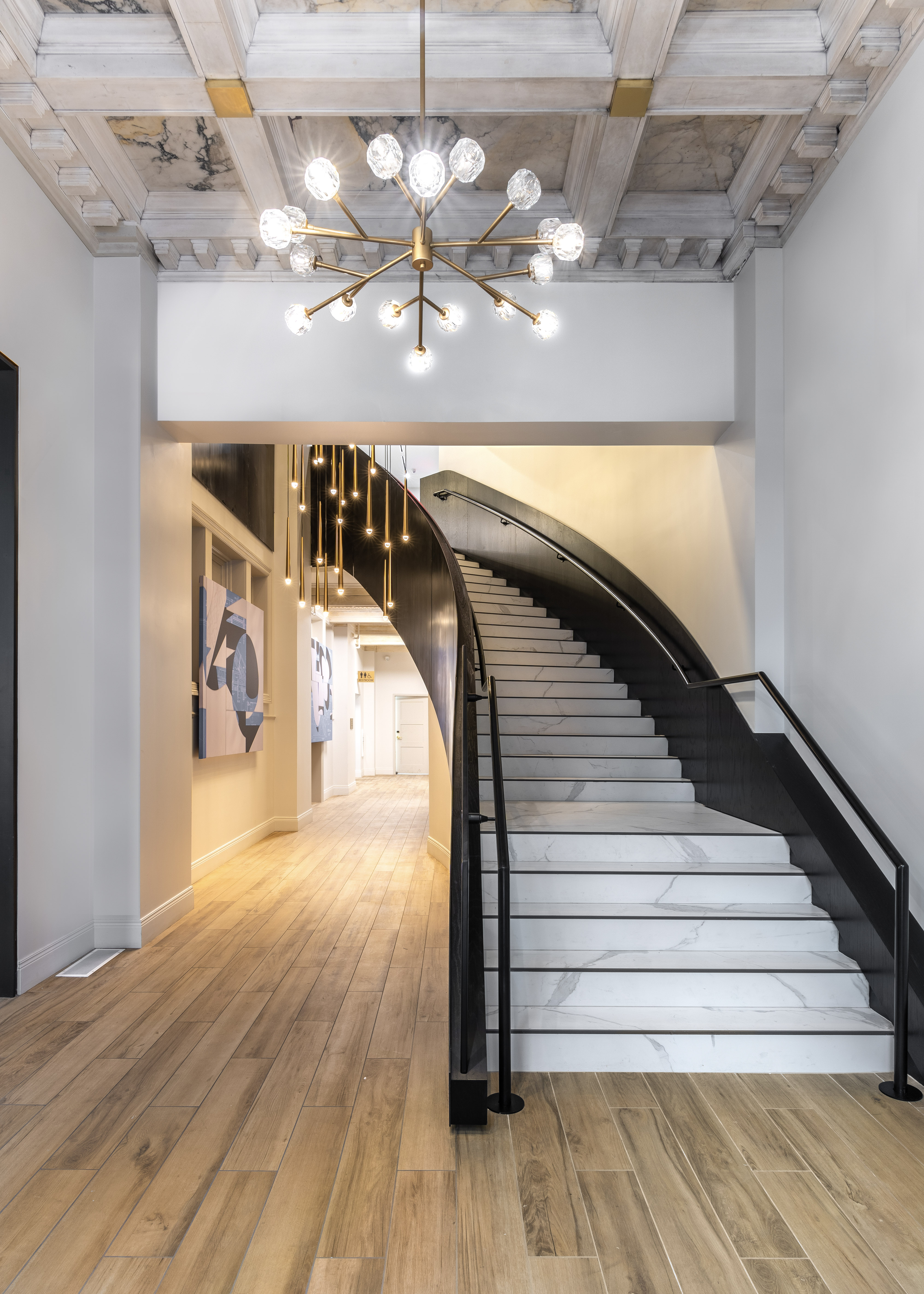 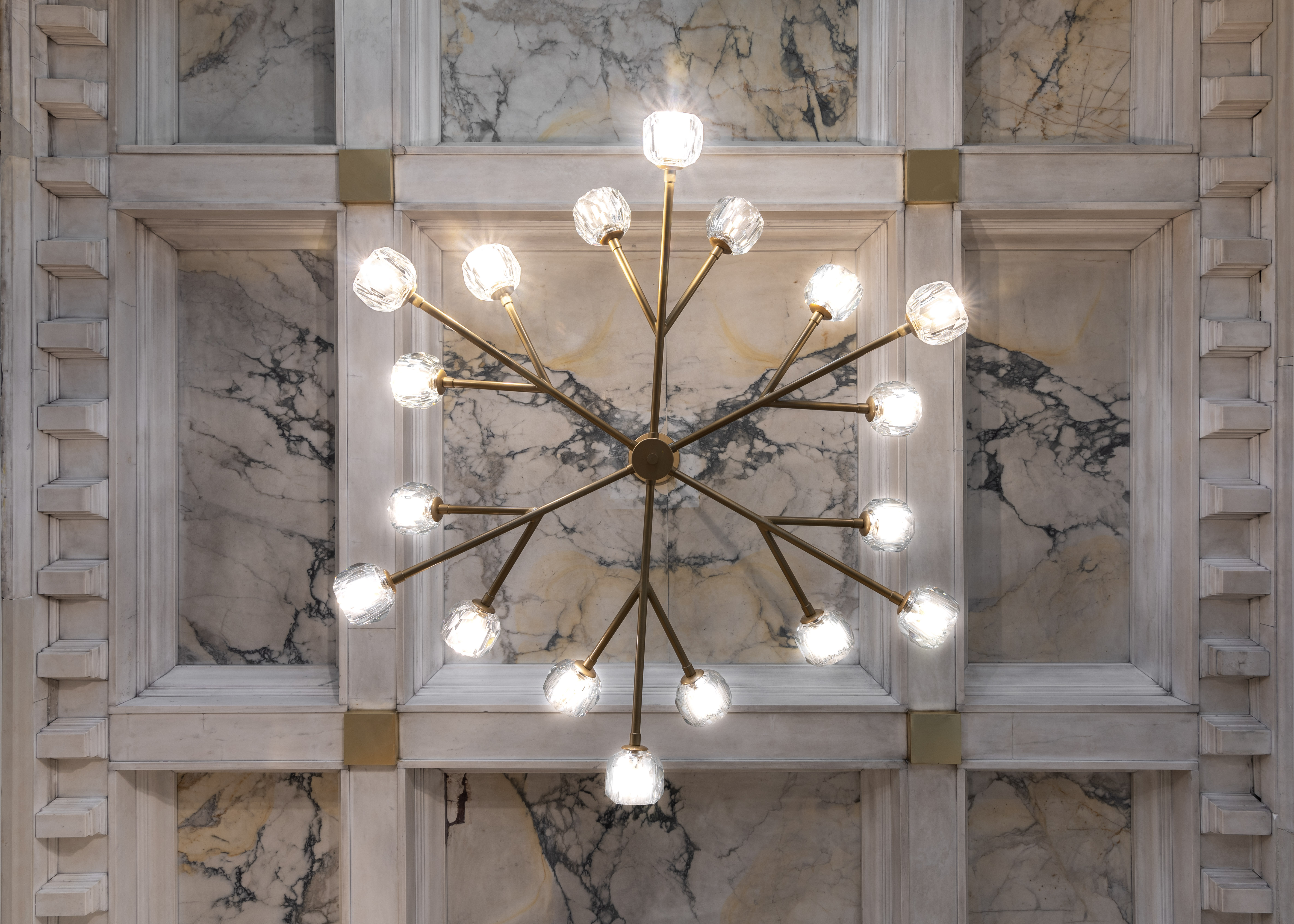 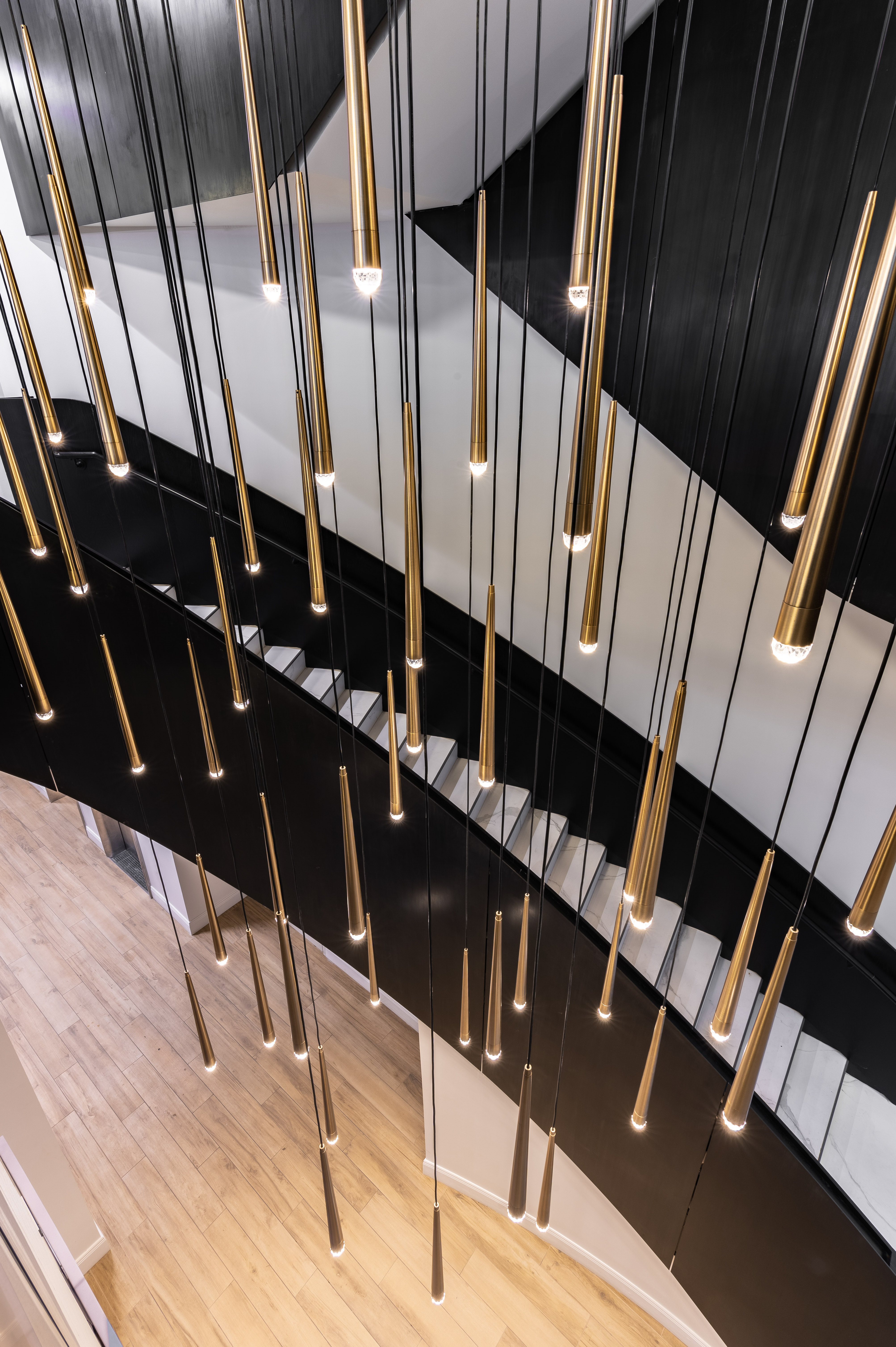 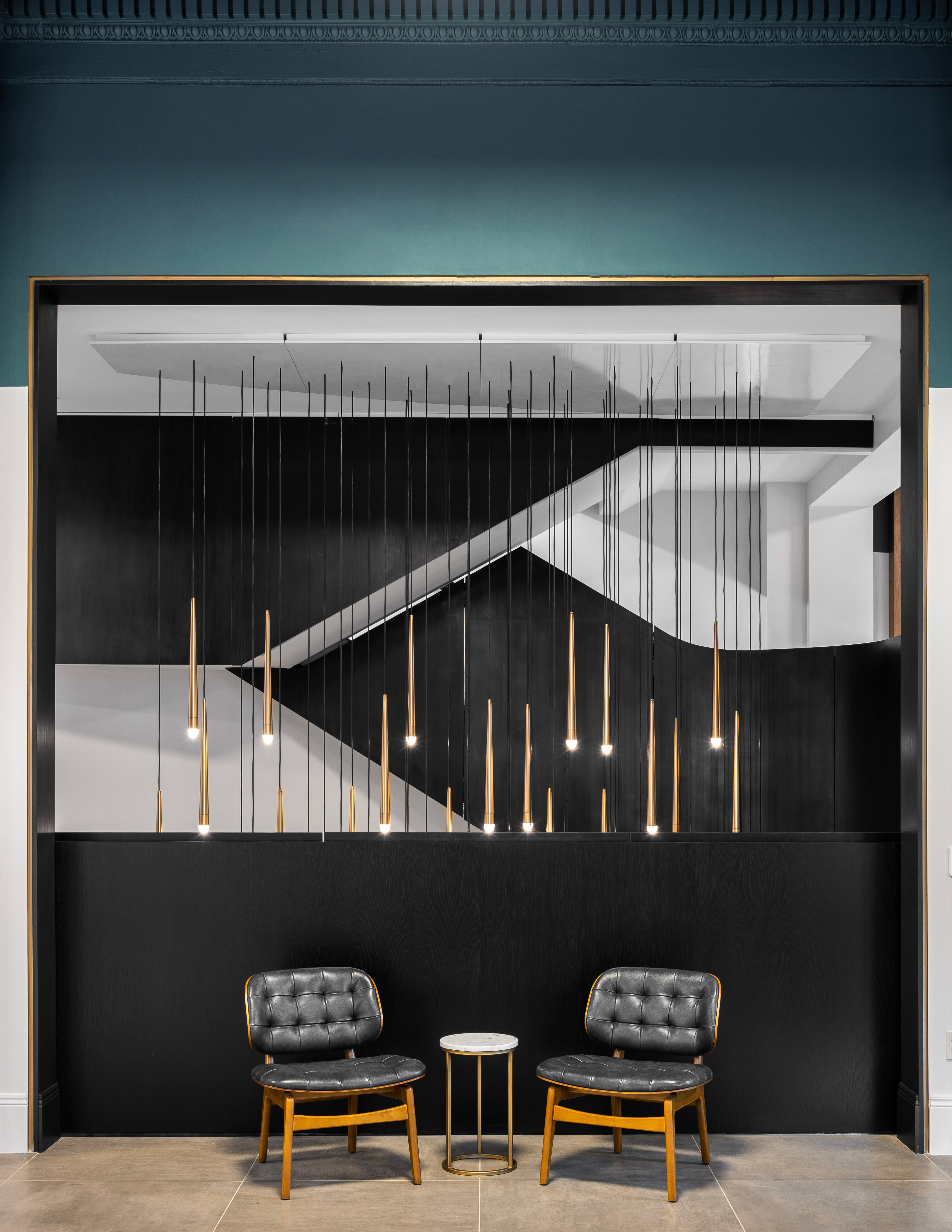 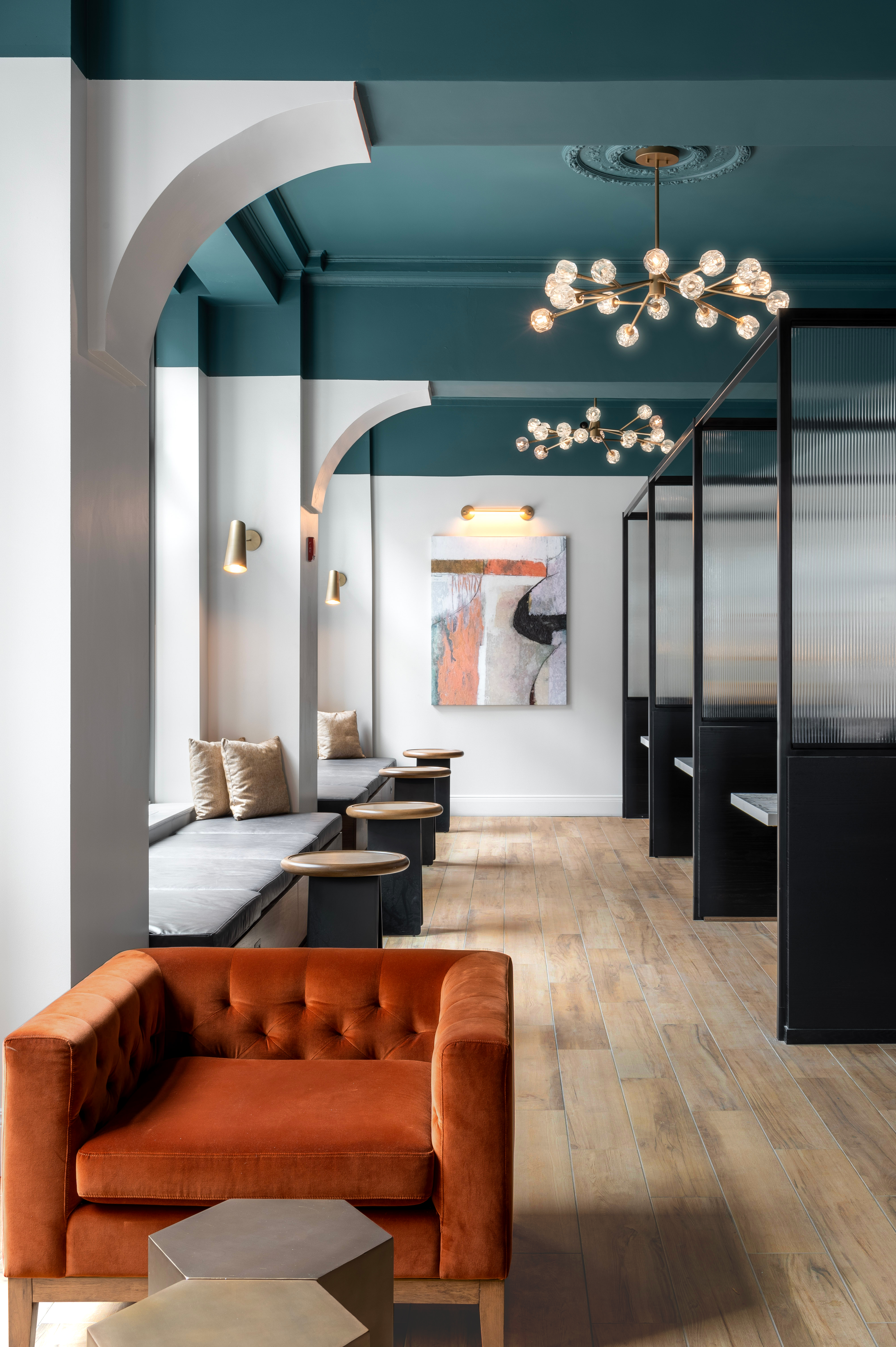 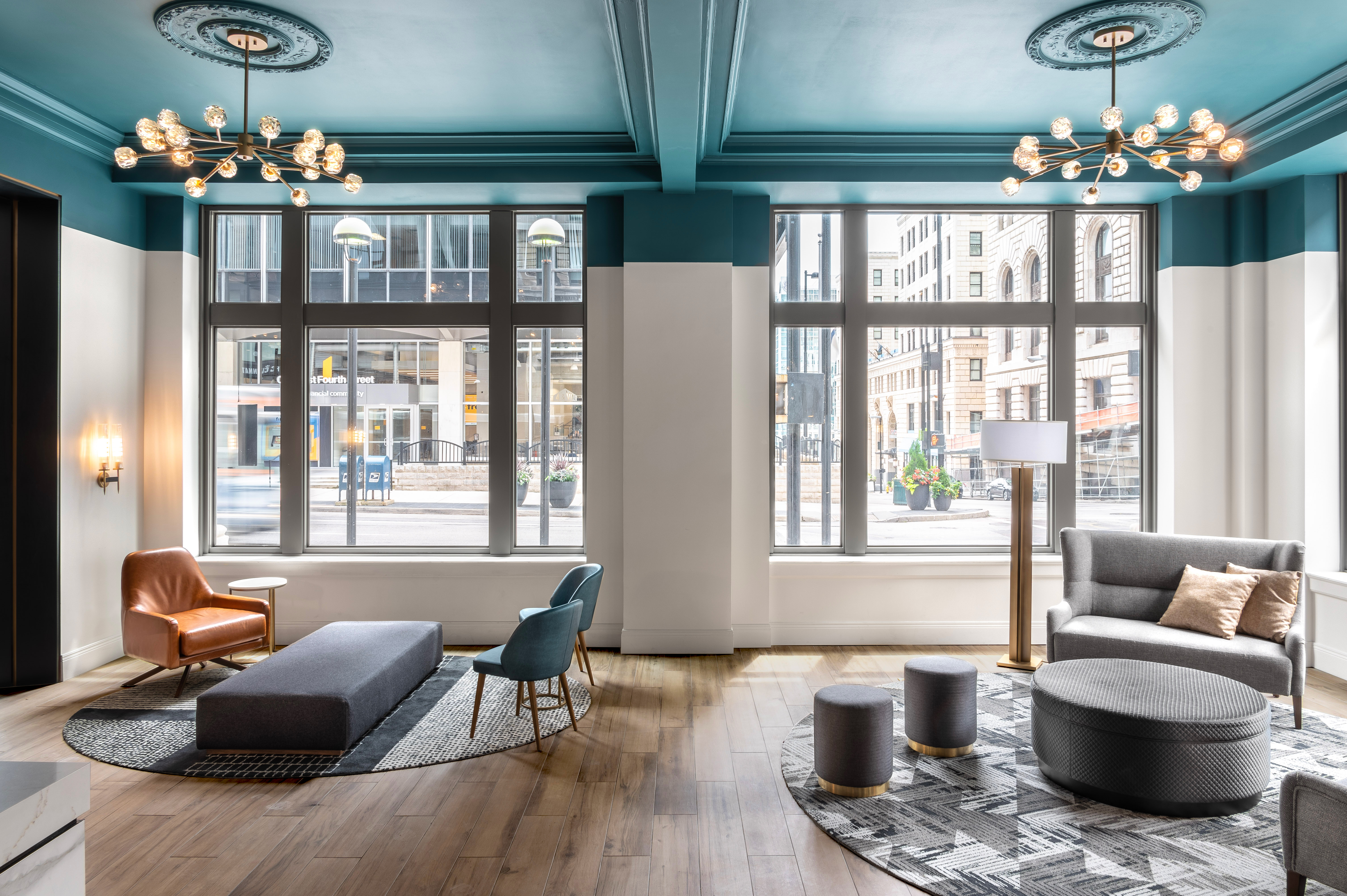 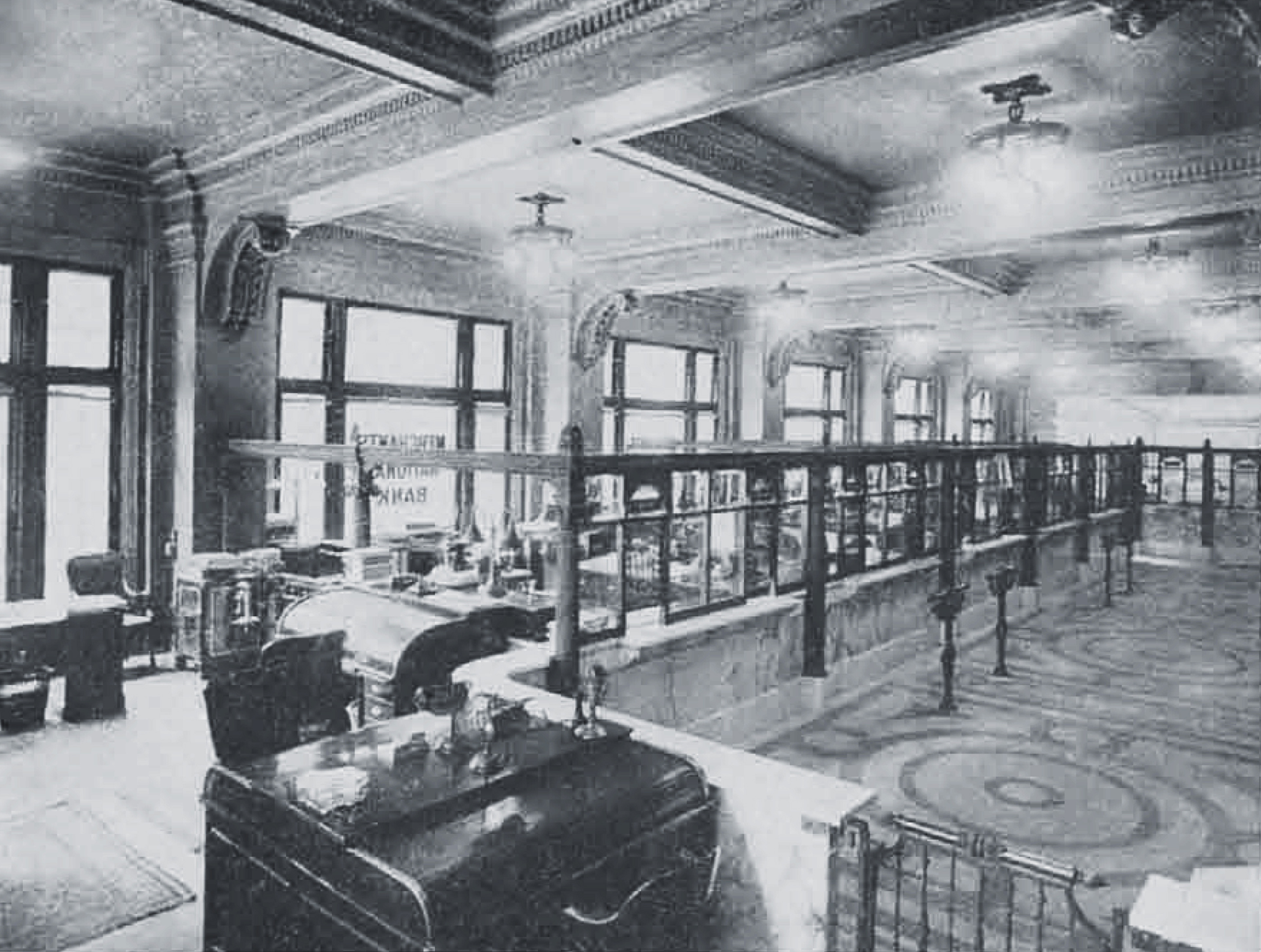 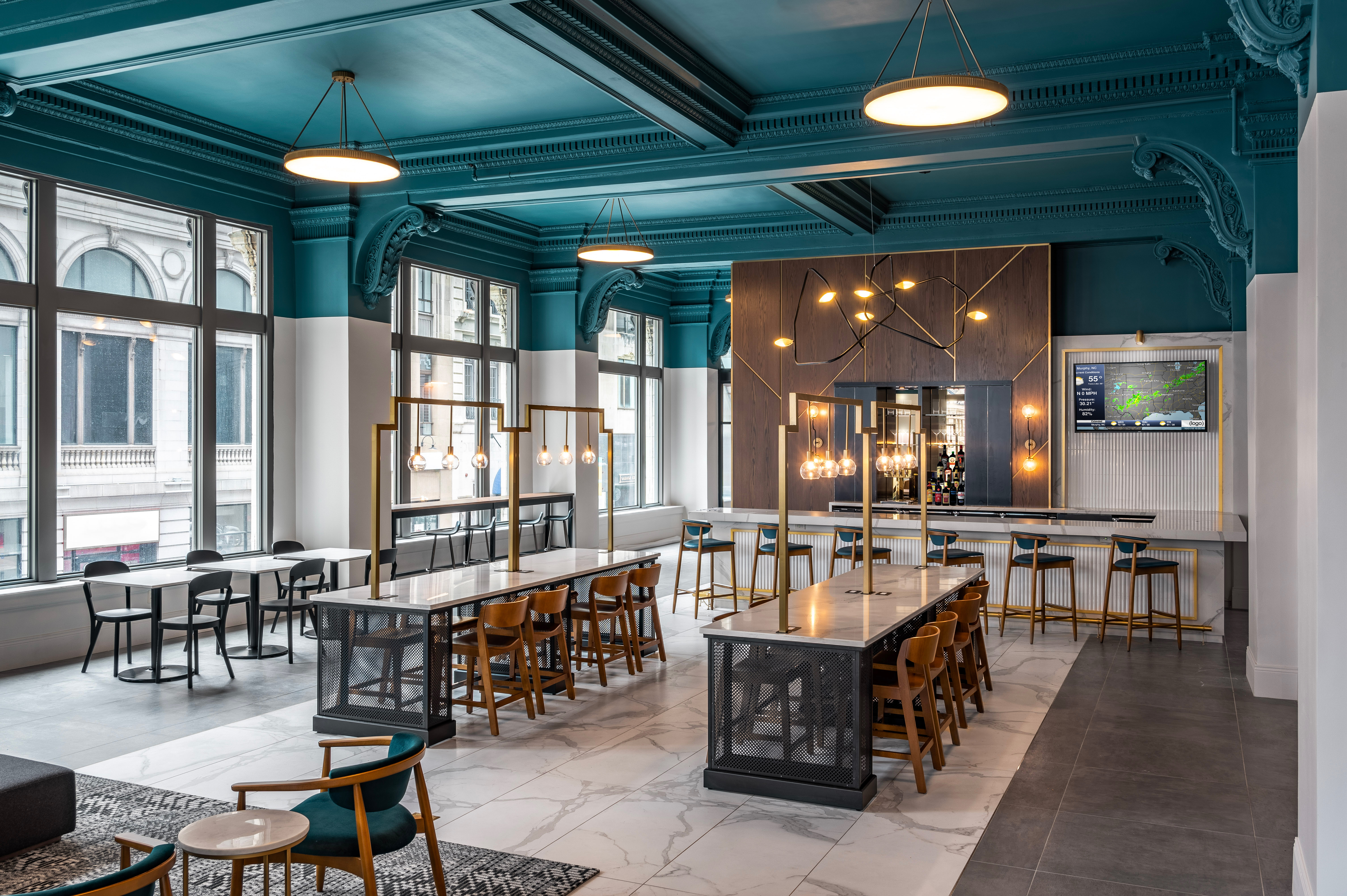 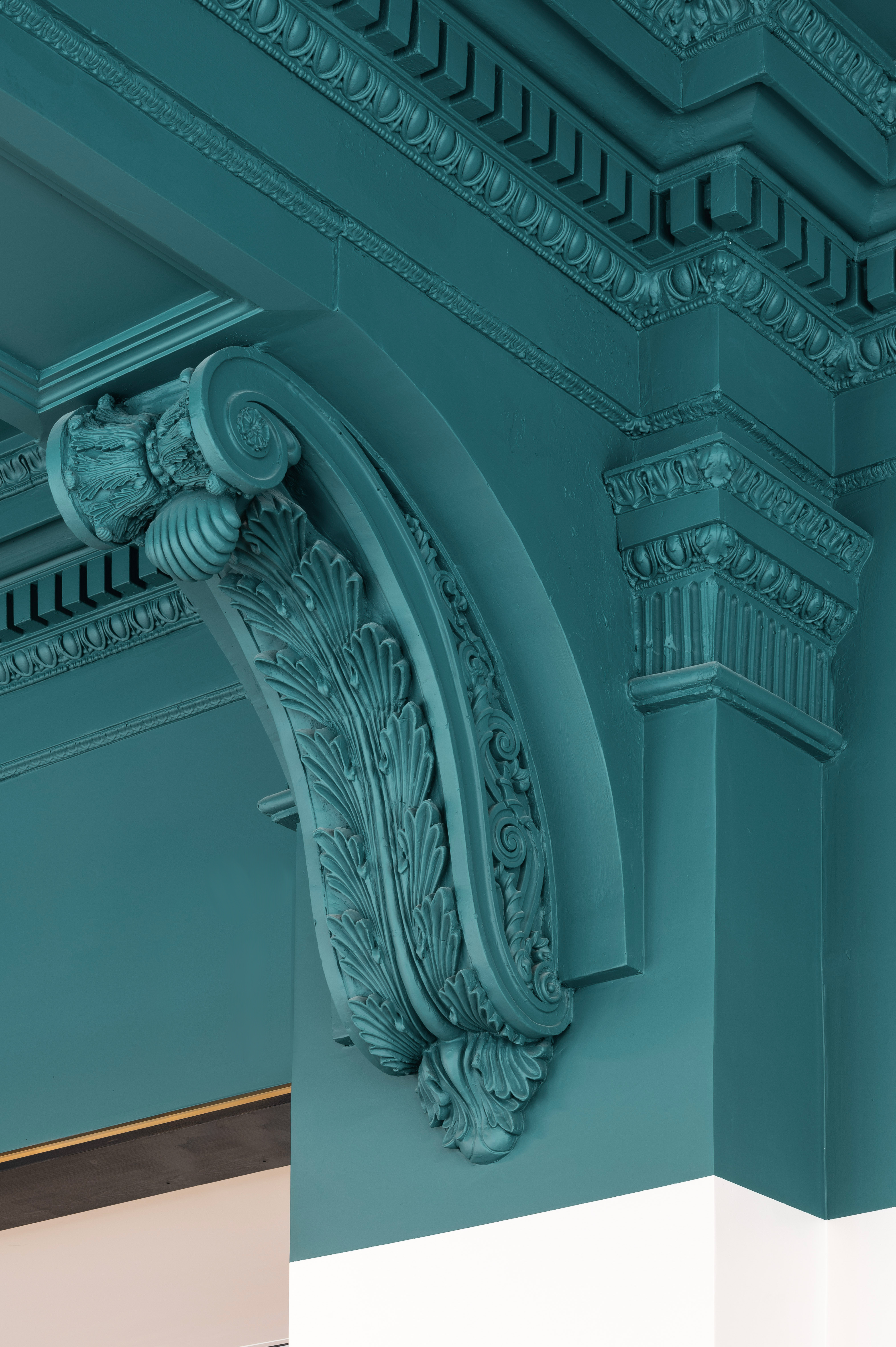 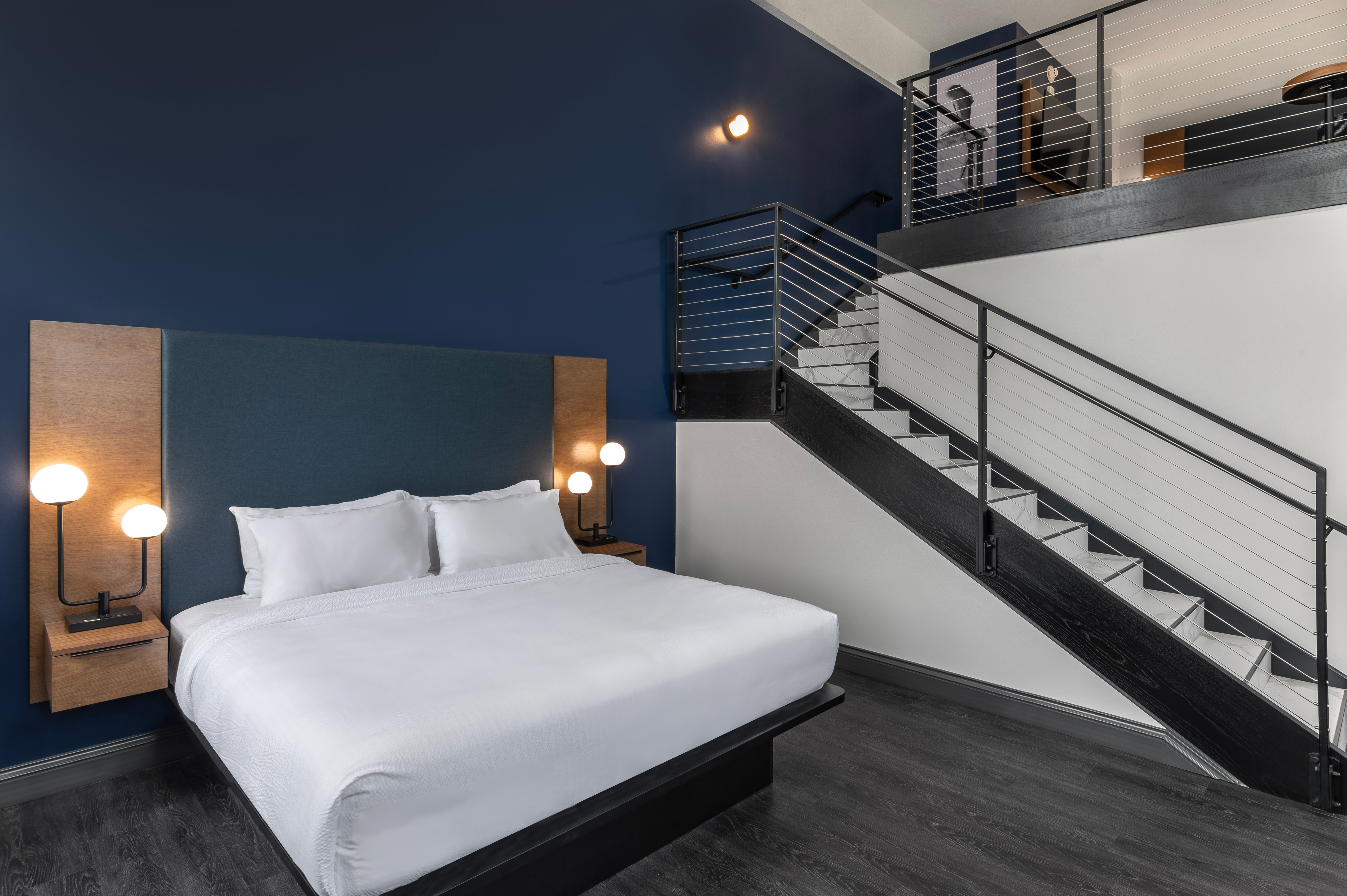