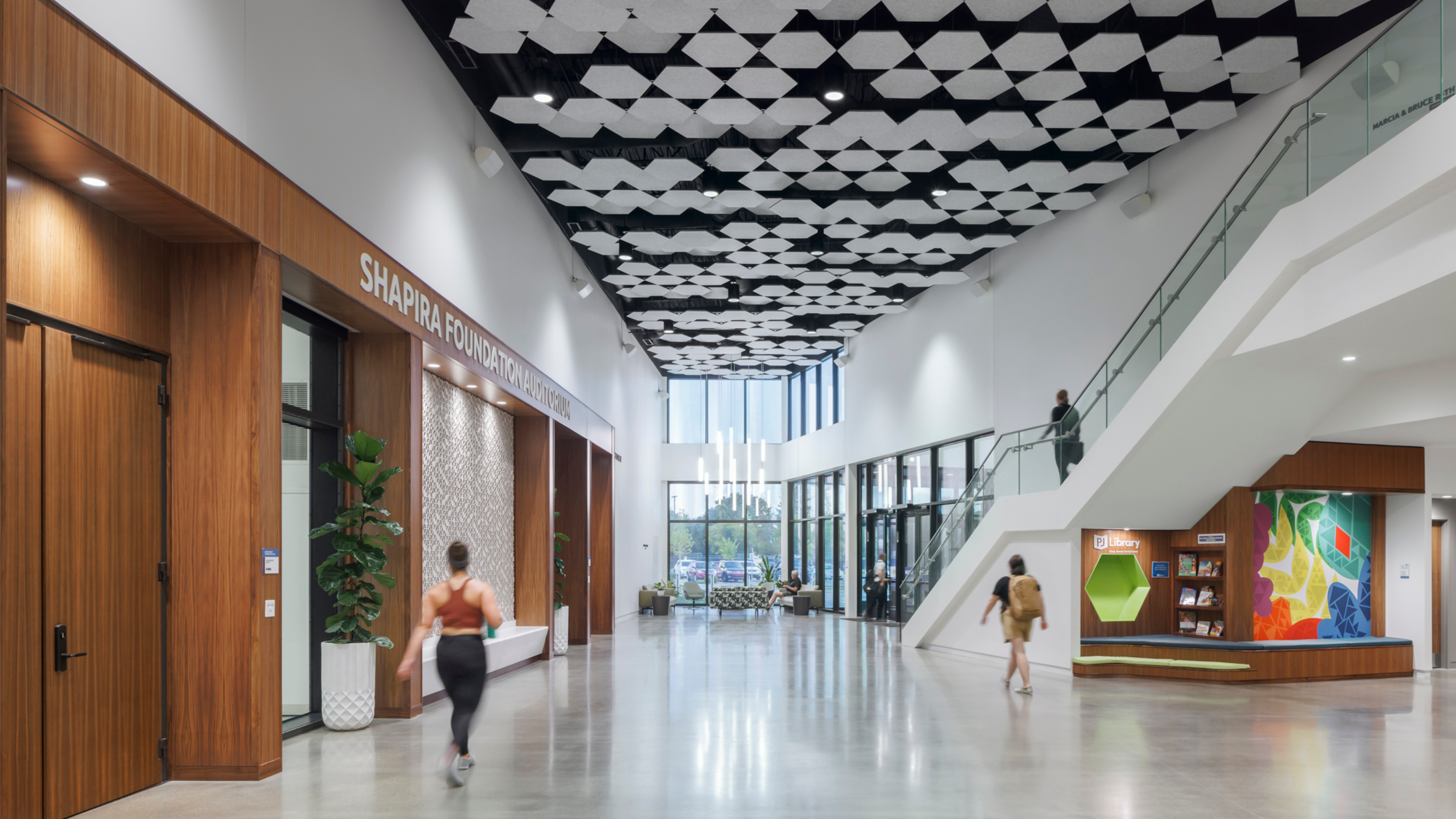 The Trager Family Jewish Community Center in Louisville, Kentucky holds a unique place within the region's cultural heritage. Inherent in the organization's mission, vision, and core beliefs is a holistic commitment to the fundamental wellness of individuals and their communities.

To exemplify the brand and mission we employed two strategies that complemented the areas in which they were to be experienced.

In the lobby, cafe, locker rooms, offices, and gym we used the concept of Tikkun Olam ("repairing the world") It is a concept to highlight a pillar of the Jewish faith without making it cliché. The concept is supported by “piecing together” hexagonal patterns used throughout the project. Hexagons of different scales, materials, and purposes are expressed as: ceiling tiles (the Star of David is formed in the negative space); in the frit pattern on windows: and in wayfinding and signage.

In the JCC’s Early Learning Center we were inspired by the simple shapes of Tangrams puzzles. We were able to highlight with color and shape those areas meant for play: the PJ Library, J Play (childcare for adults using the center) and Early Learning Center (full time day care for infants - 5yrs old). To break up a long hallway, as well as highlight classroom entries, we identified each classroom with their tangram shape and color. This has also aided in wayfinding for new parents or grandparents during drop off.

A vital resource to its community, we hoped to embody the values, mission, and fun the JCC brings to all of its members. 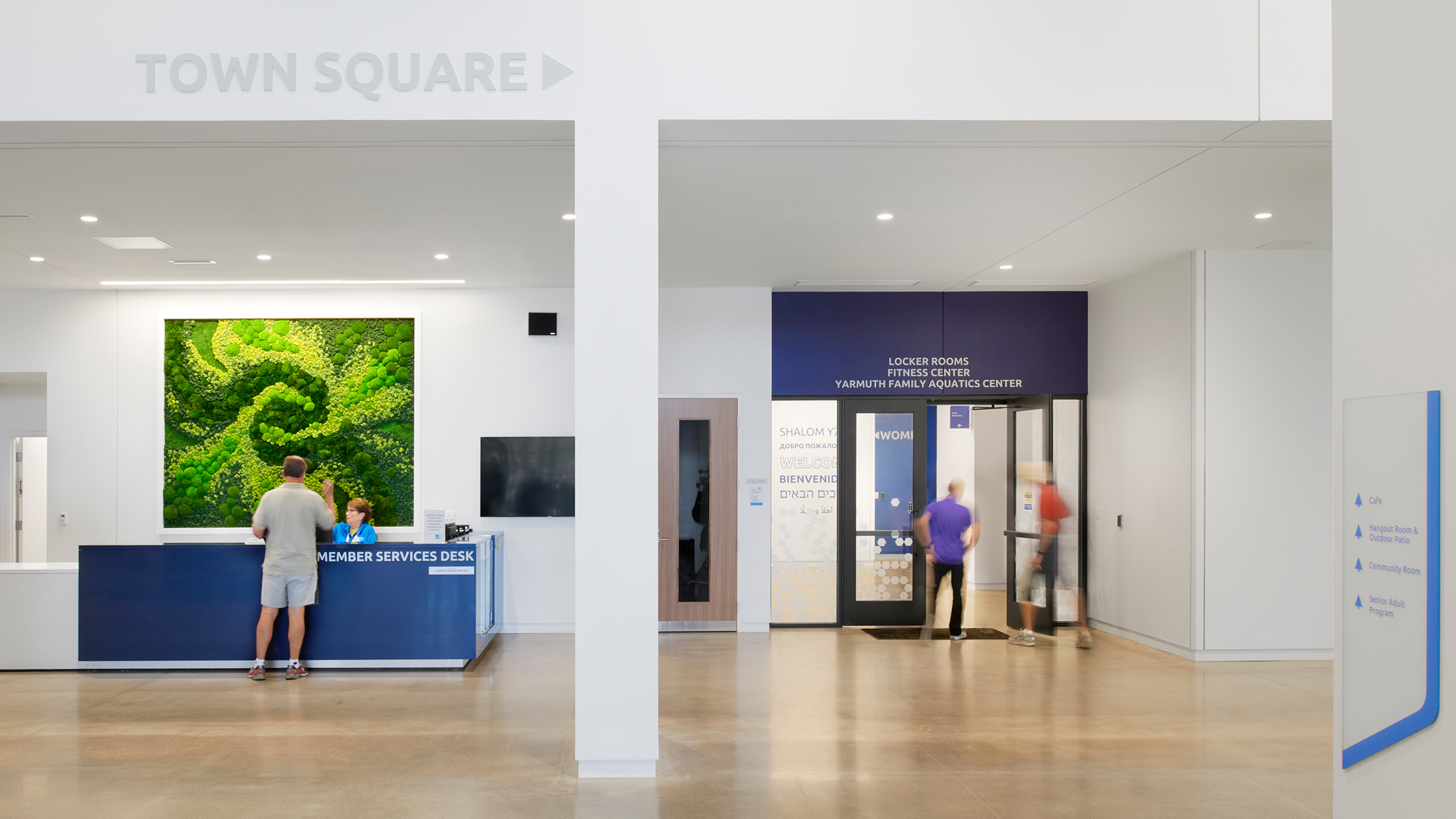 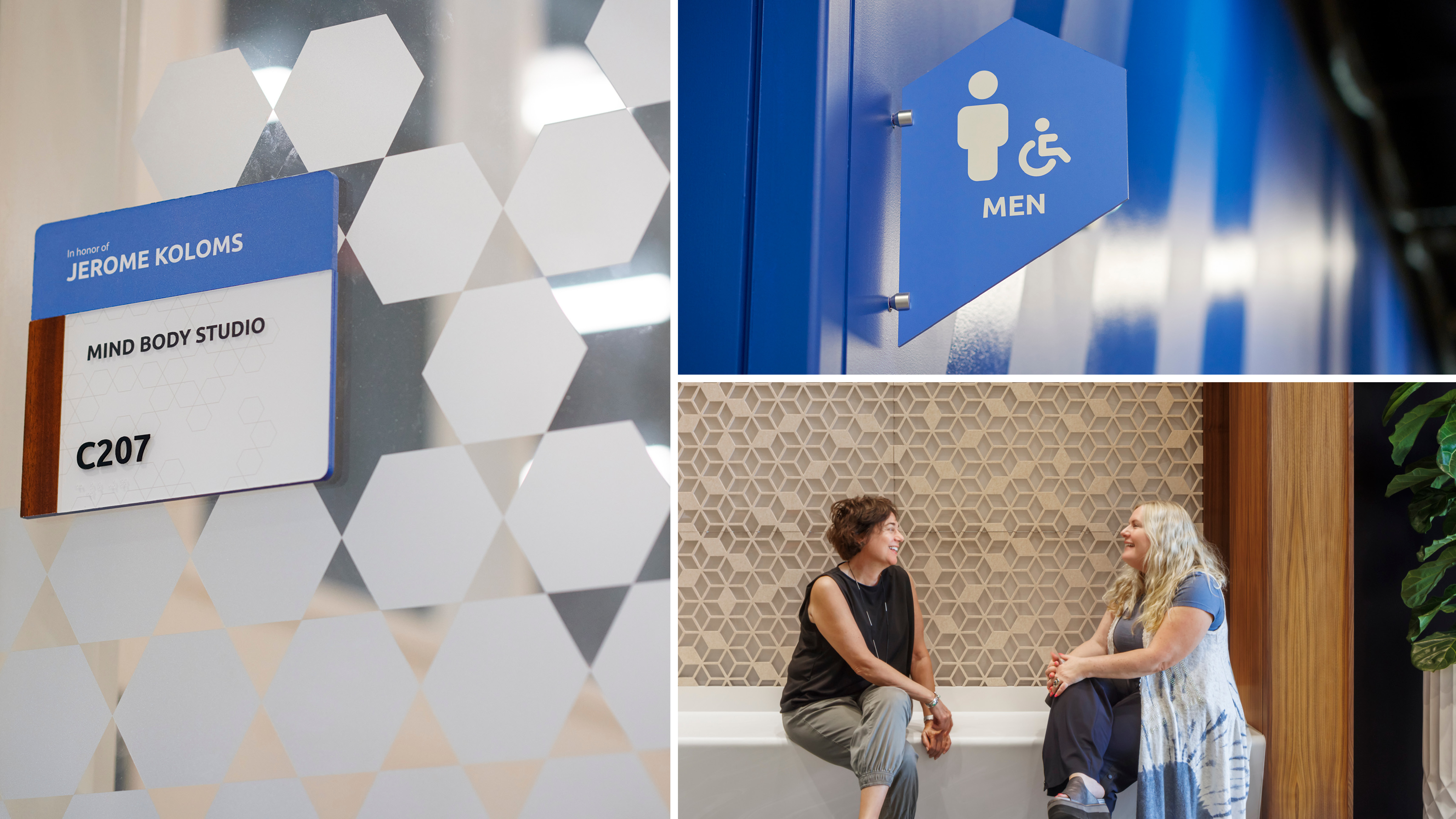 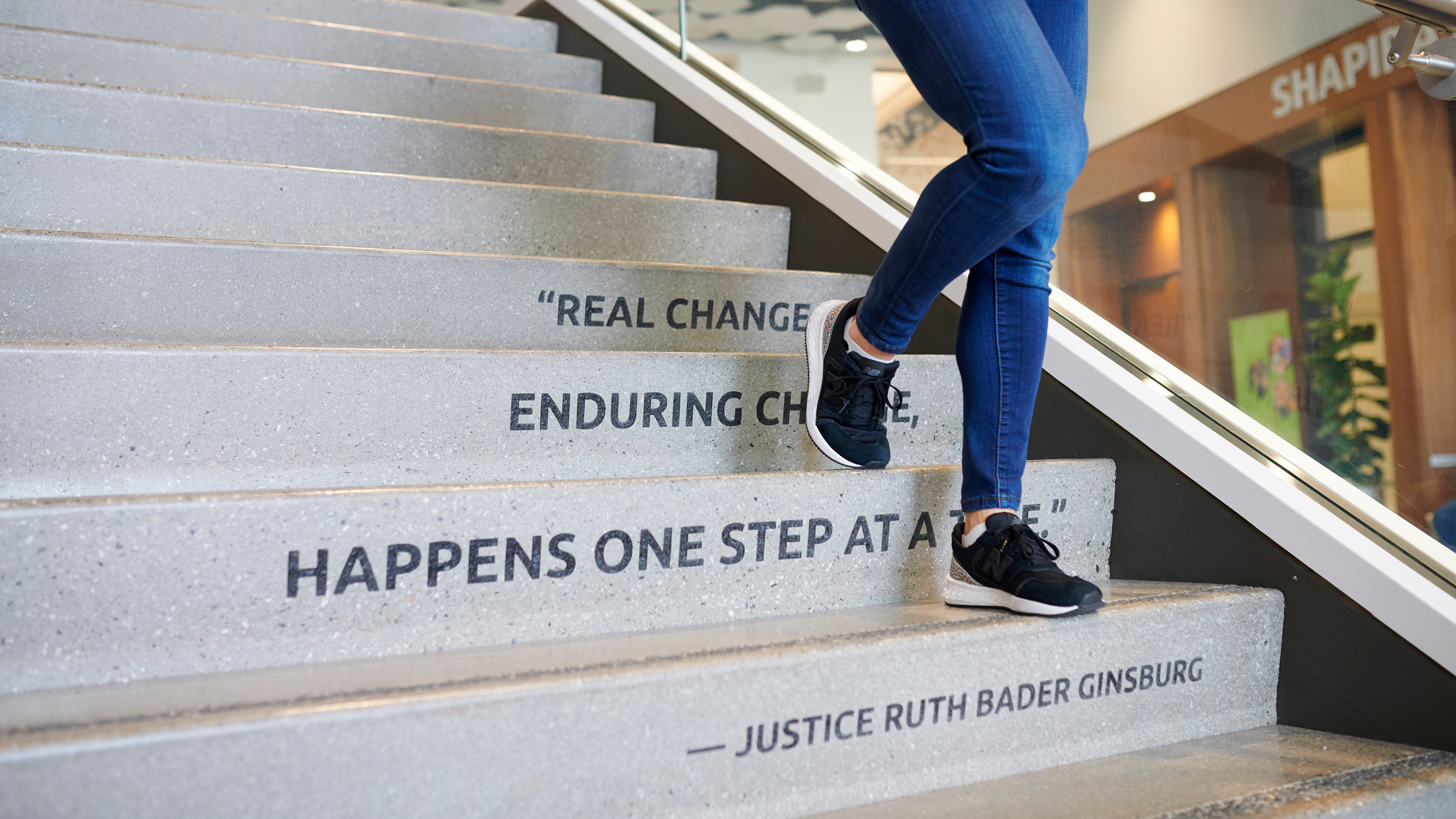 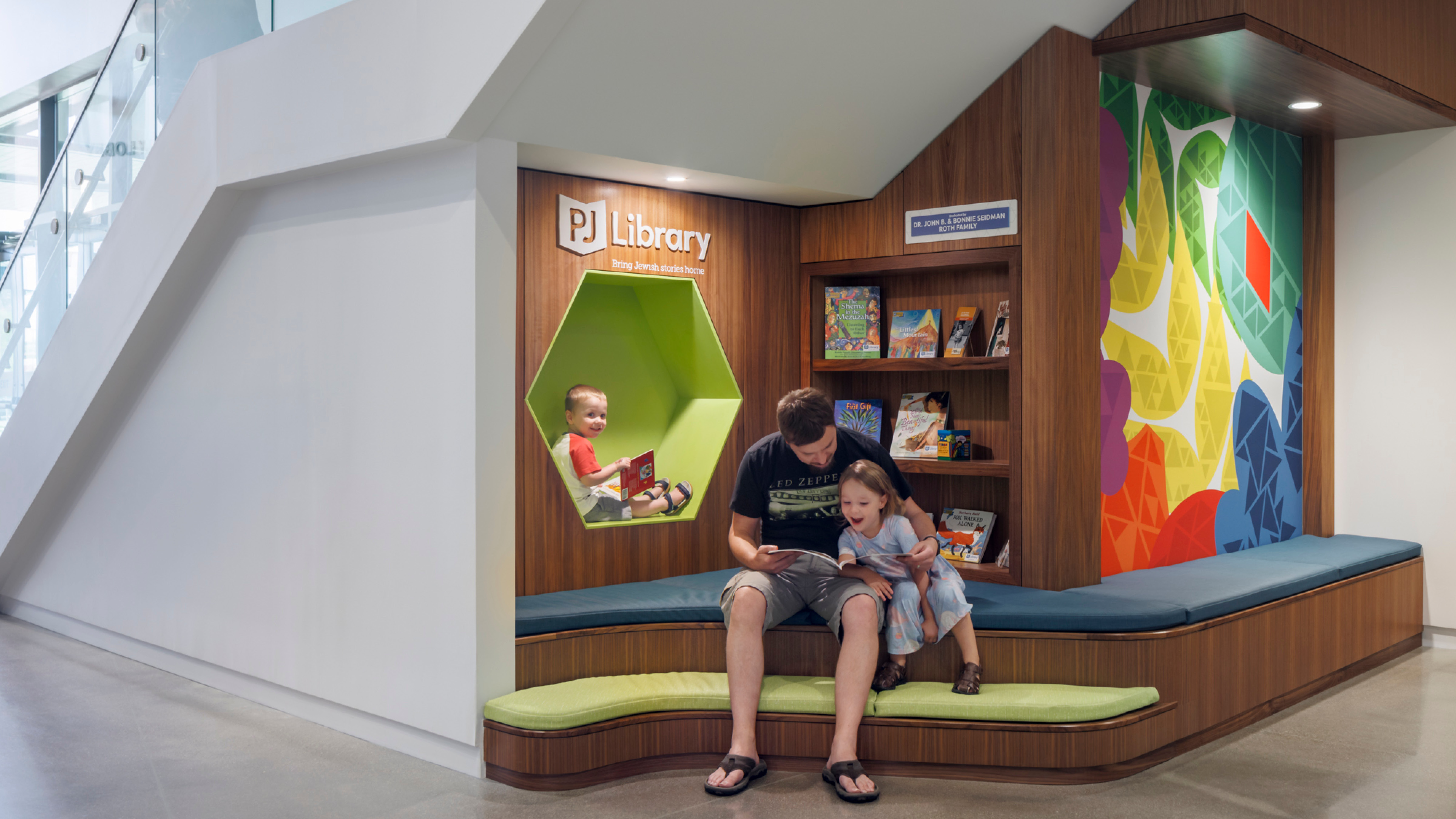 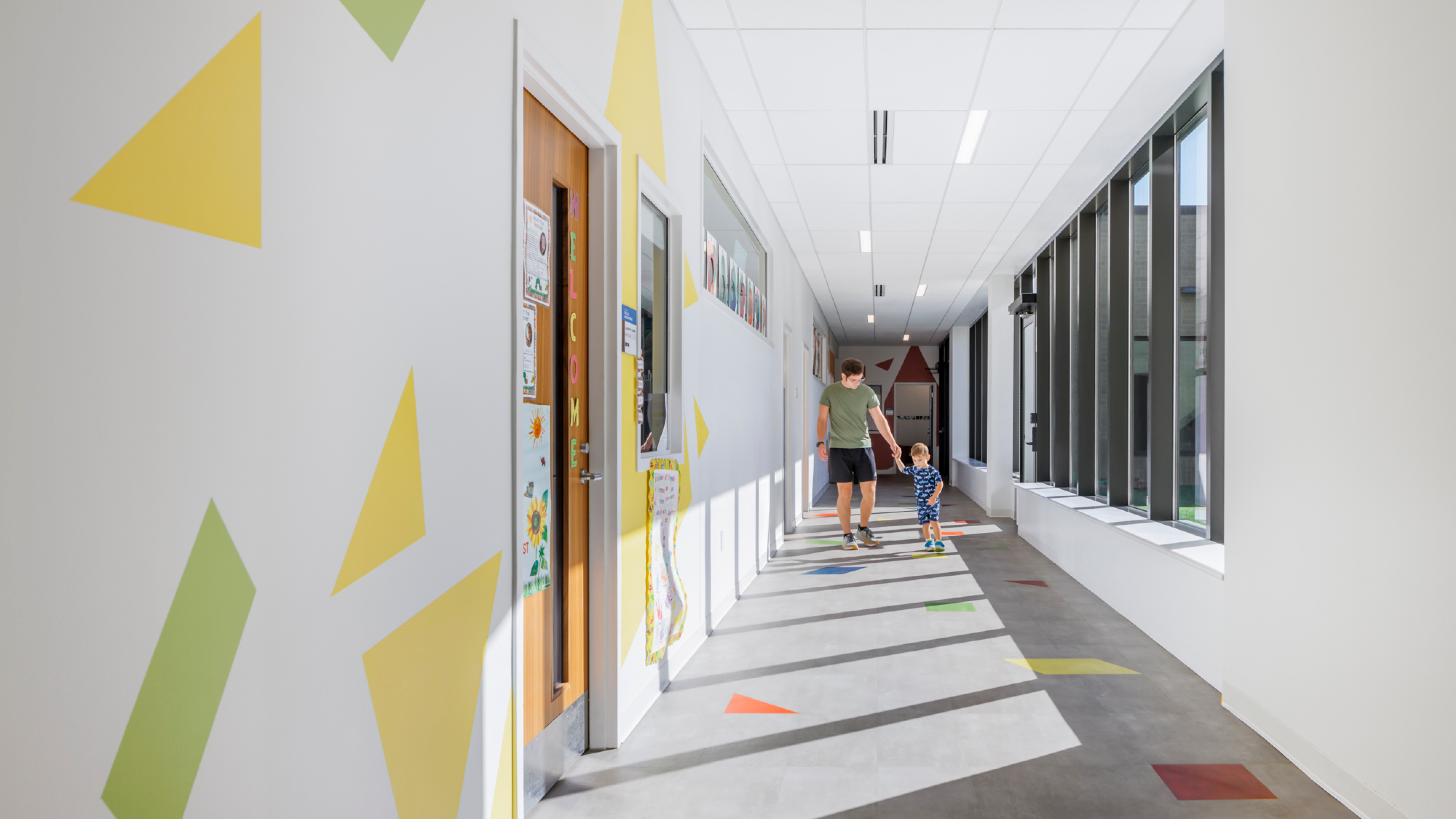 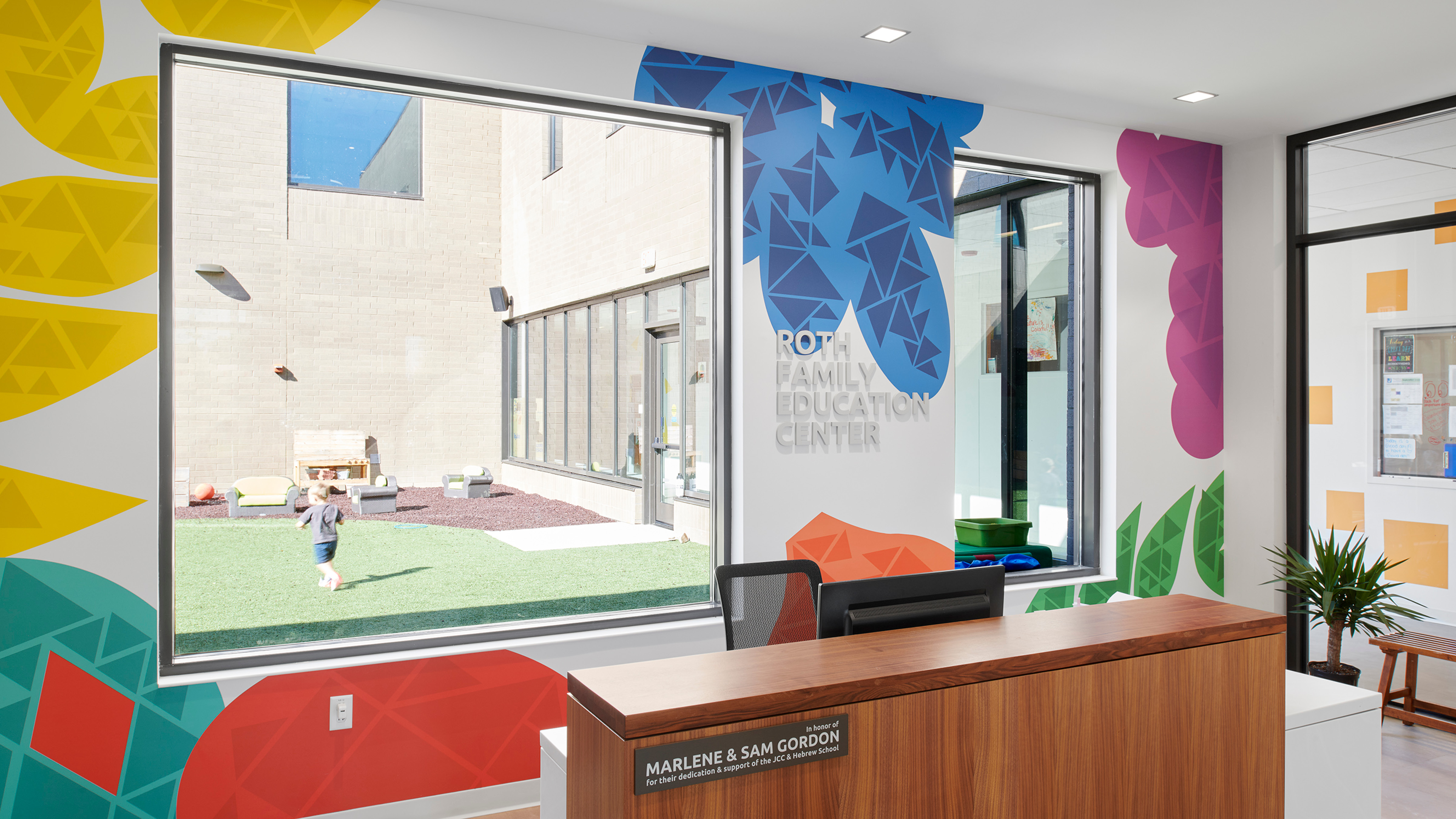