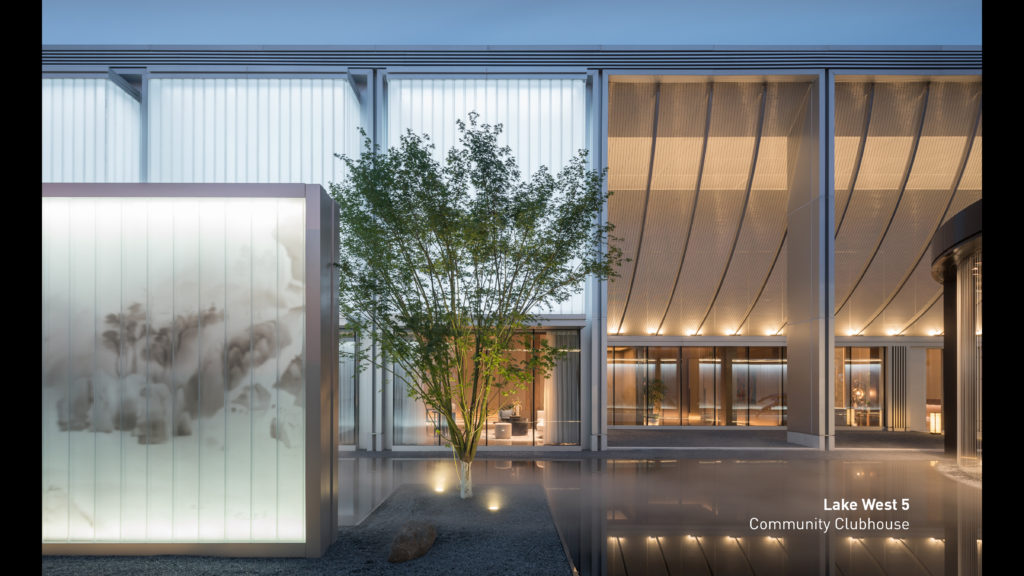 In the heart Tianjin’s urban core, a car dealership that once greeted pedestrians with a blank, 220-foot Peugeot blue, corrugated metal wall, has become a pedestrian entrance and clubhouse for a new urban residential community to its north. Located between one of Tianjin’s main arterial roads and the new residential development, the 20-year-old car dealership has been transformed to act as a bridge between the busy city artery and a new, urban housing development.

Segmenting the existing building and using multiple types of glass to play with different degrees of visibility extends Tianjin’s urban fabric into what was once a closed box. The Lake West 5 Clubhouse creates a vibrant, new public space that invites passersby to come enjoy. At the same time, the more opaque, upper portions of the facade will deliver the privacy desired by the development’s future residents.

With a new skin, what was once a closed, blue box is transformed by transparent, glass curtain walls on top of which sit giant blocks of illuminated, translucent glass. The new channel glass blocks segment the building, allowing pedestrians to experience it at a friendlier, human scale. A delicate, metal screen acts like a curtain as it curves inward across the middle third of the building, inviting the public into its central lobby. These transformation of the skin elevate the perception of the original building making it a naturally-lit refuge for pedestrians. 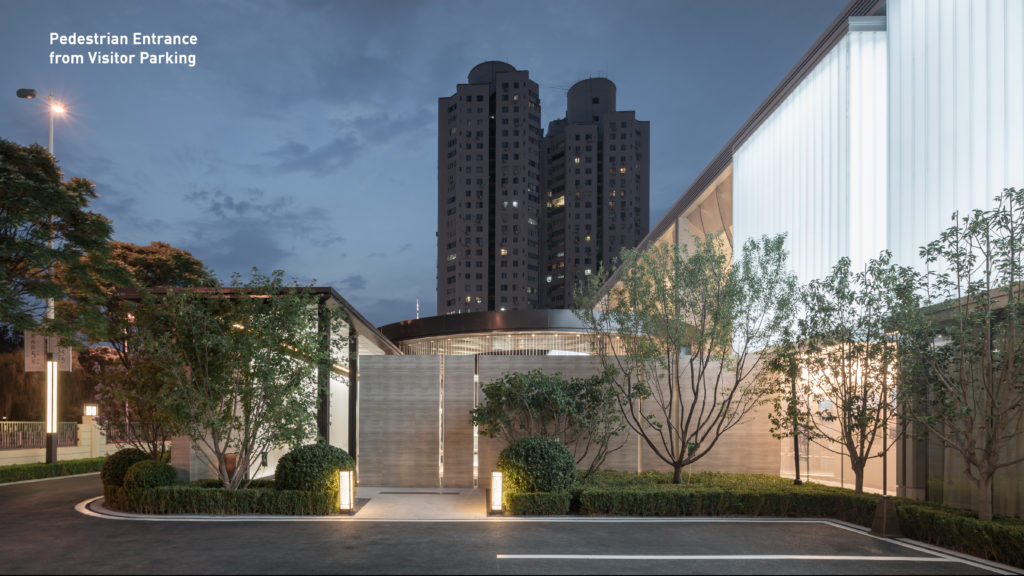 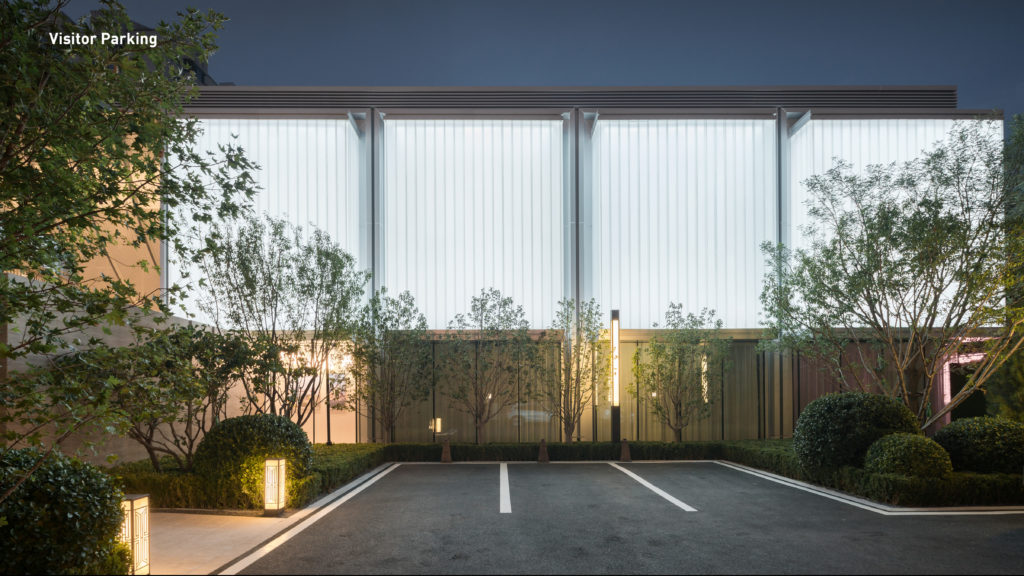 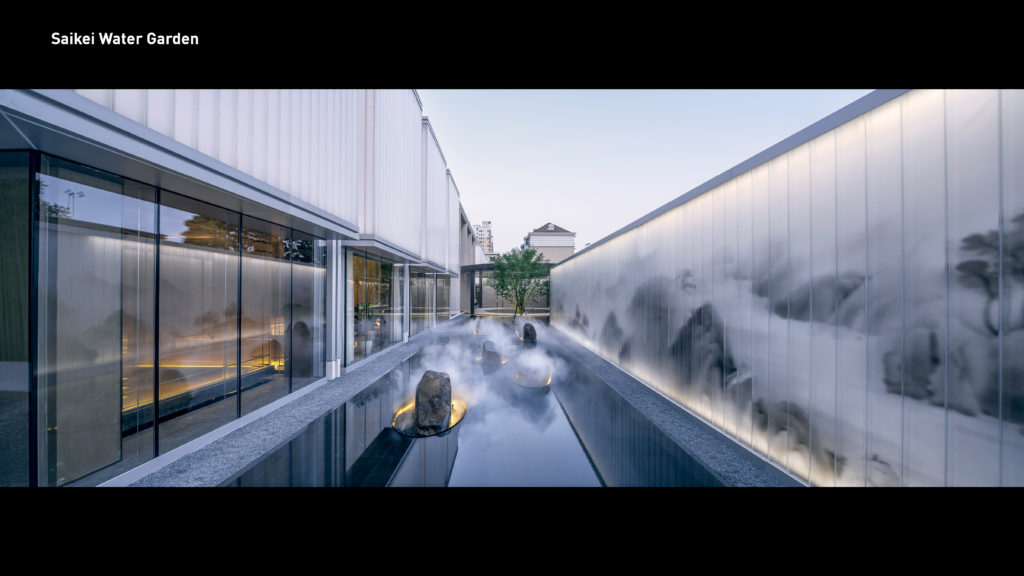 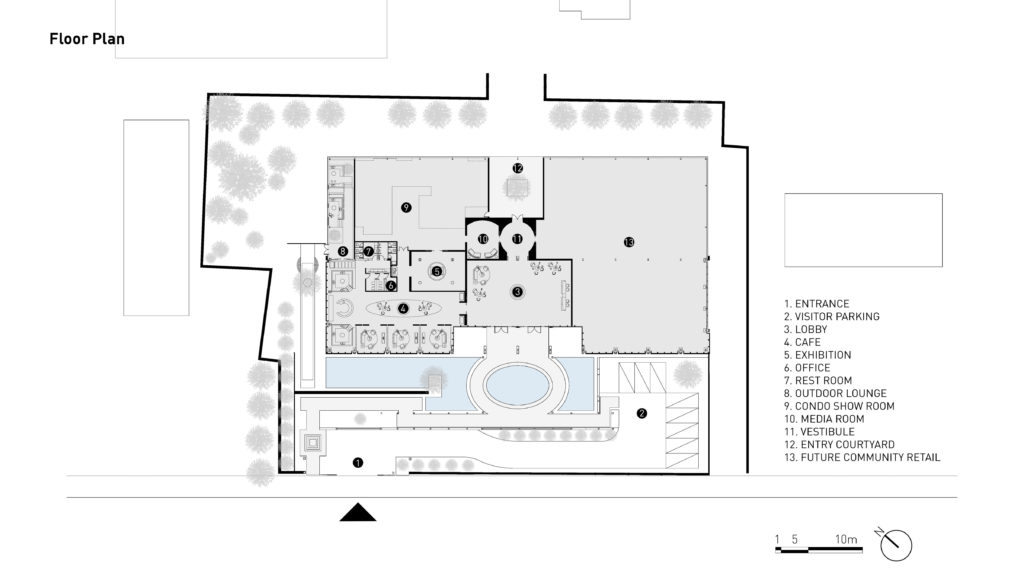 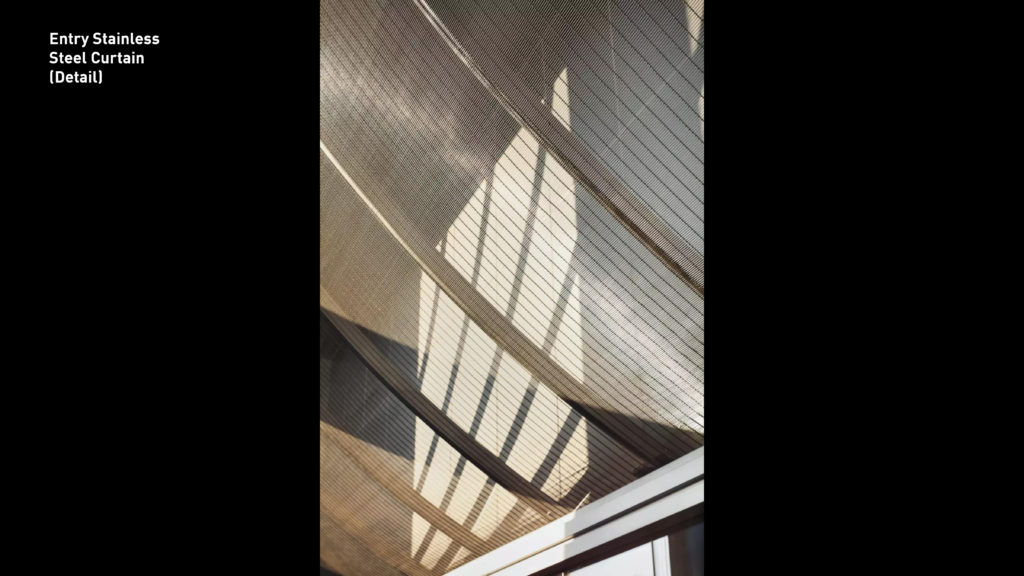 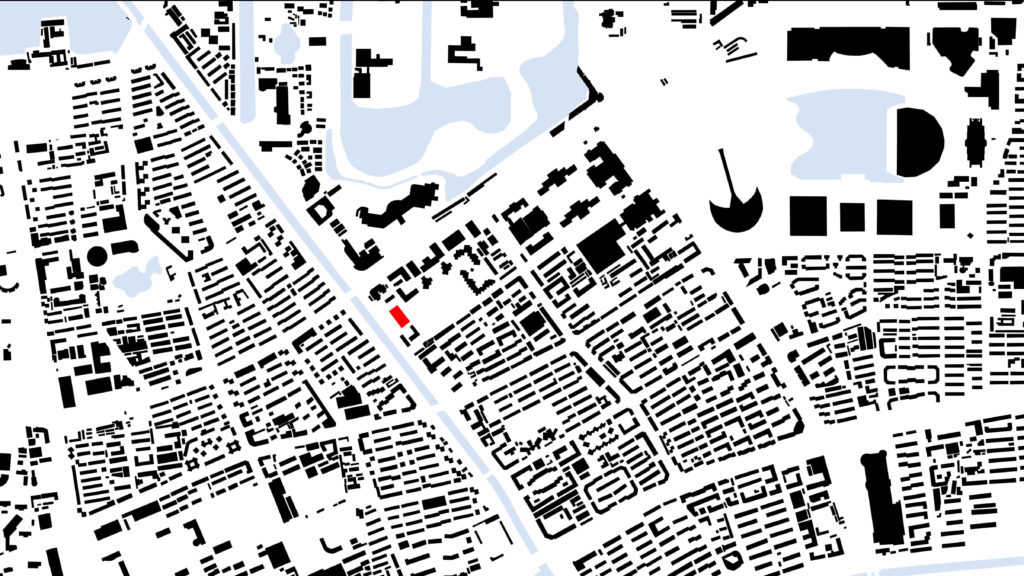 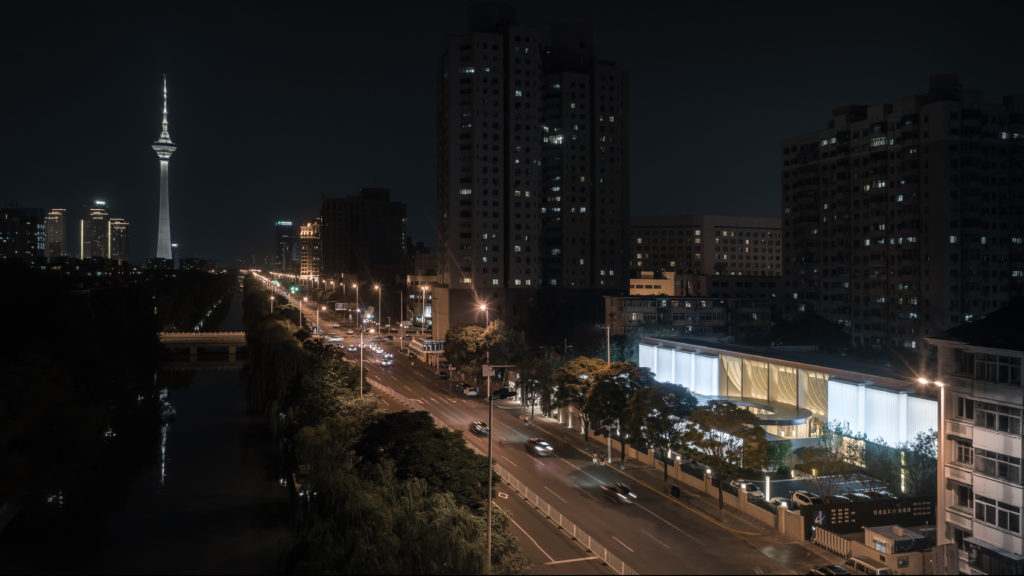 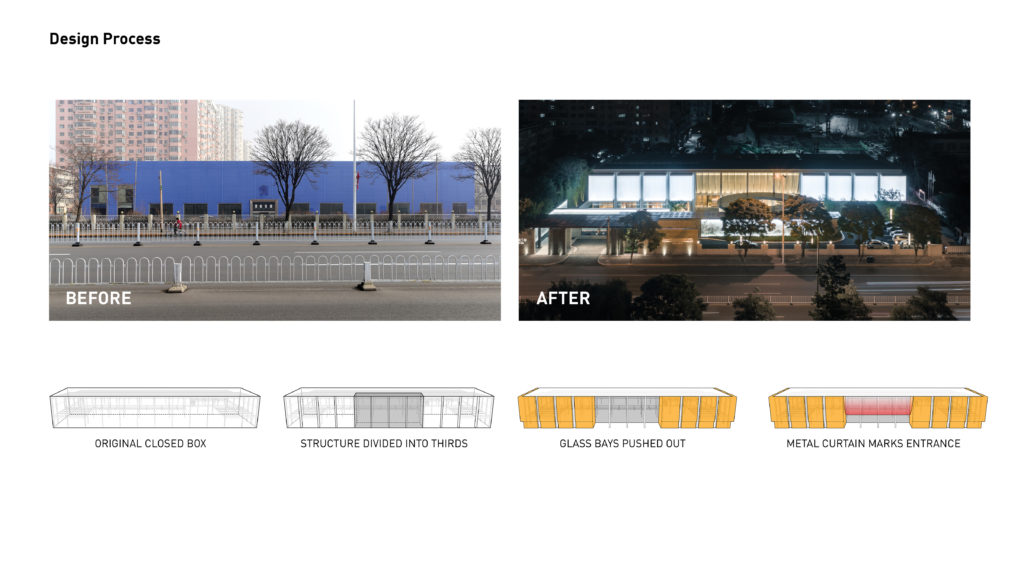 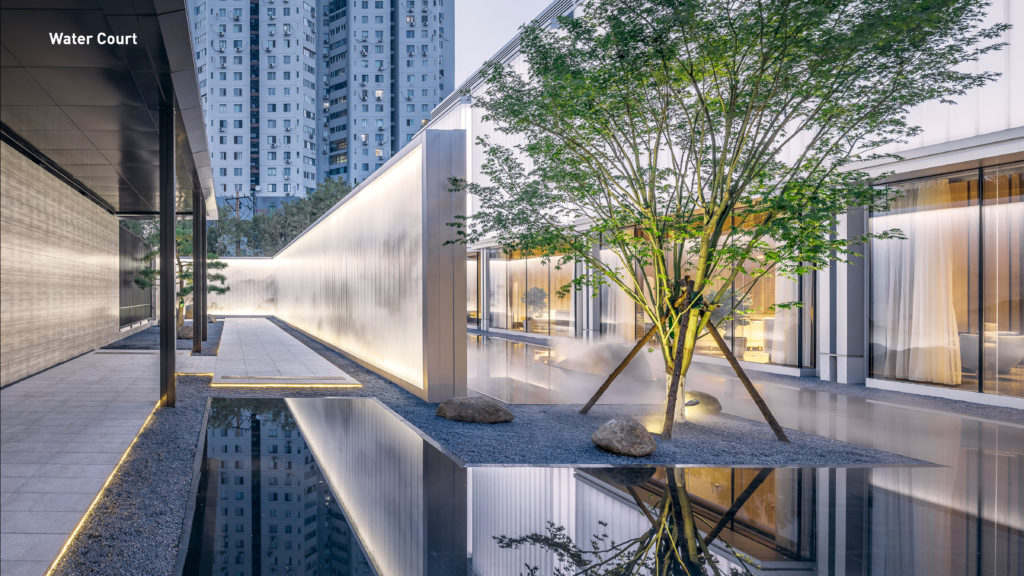 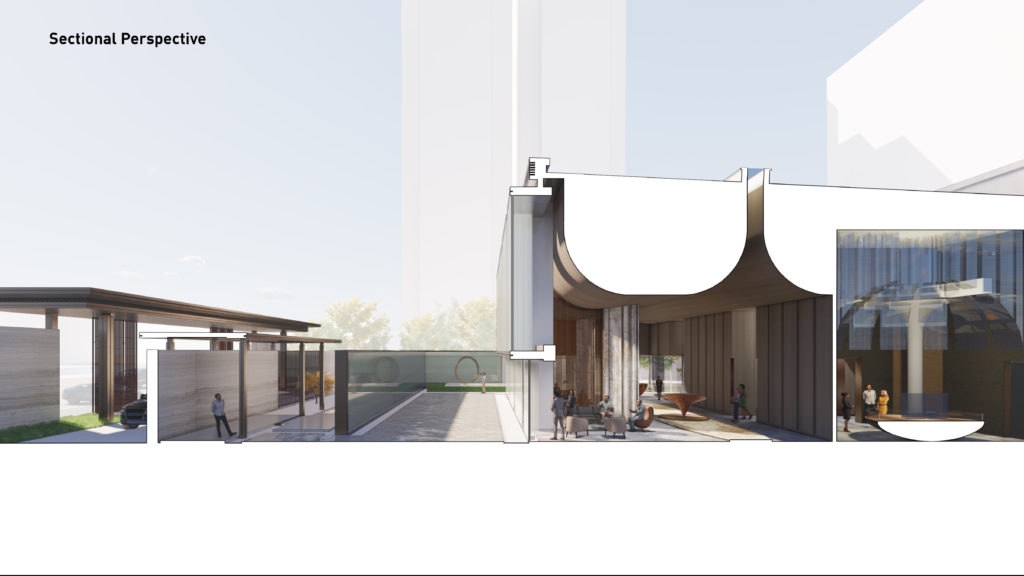 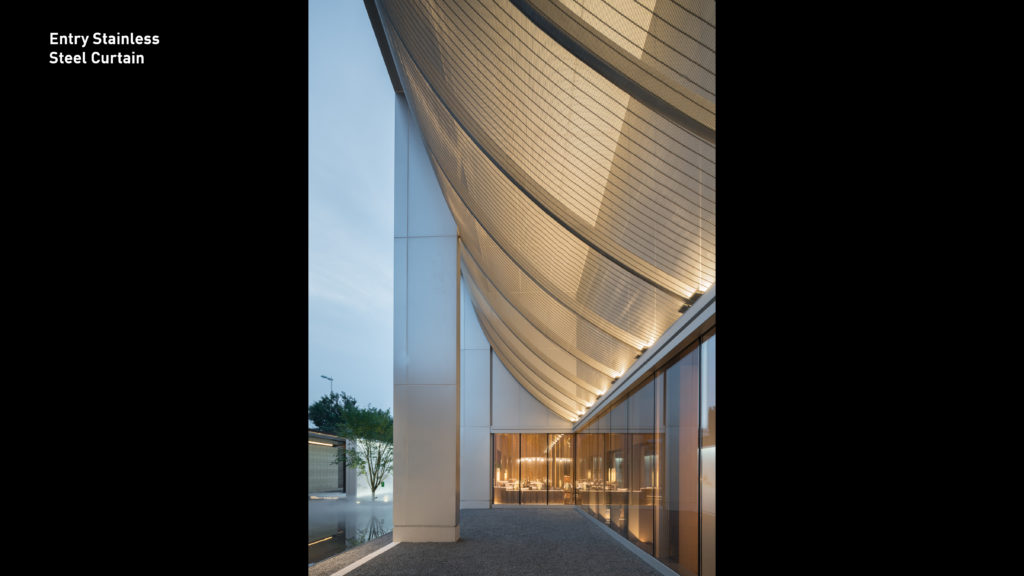 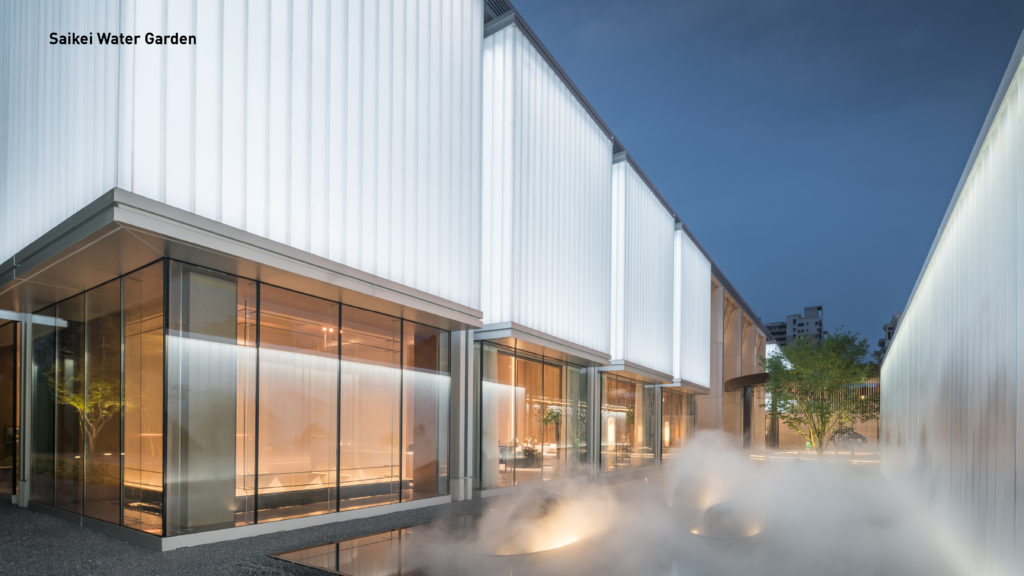 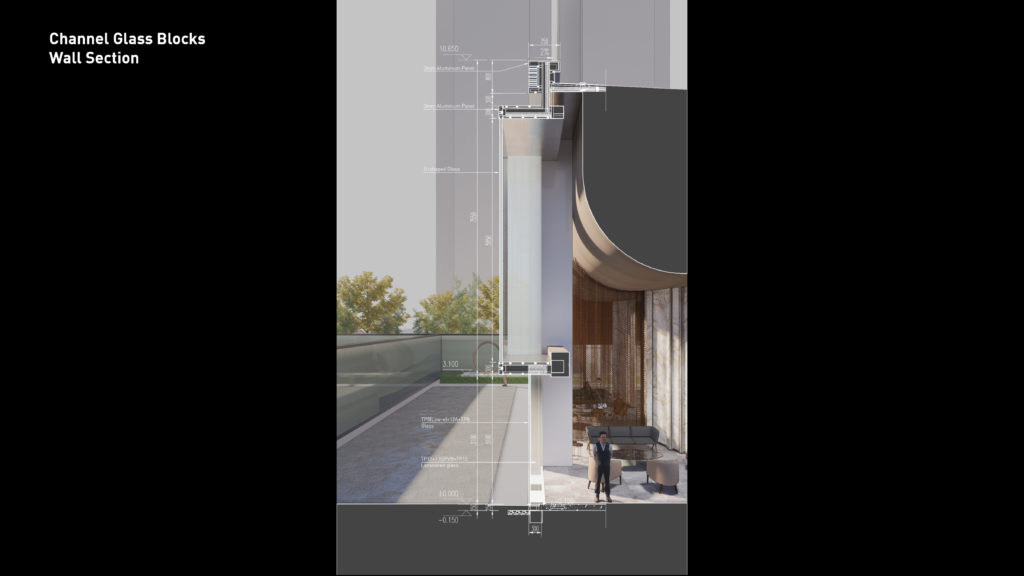 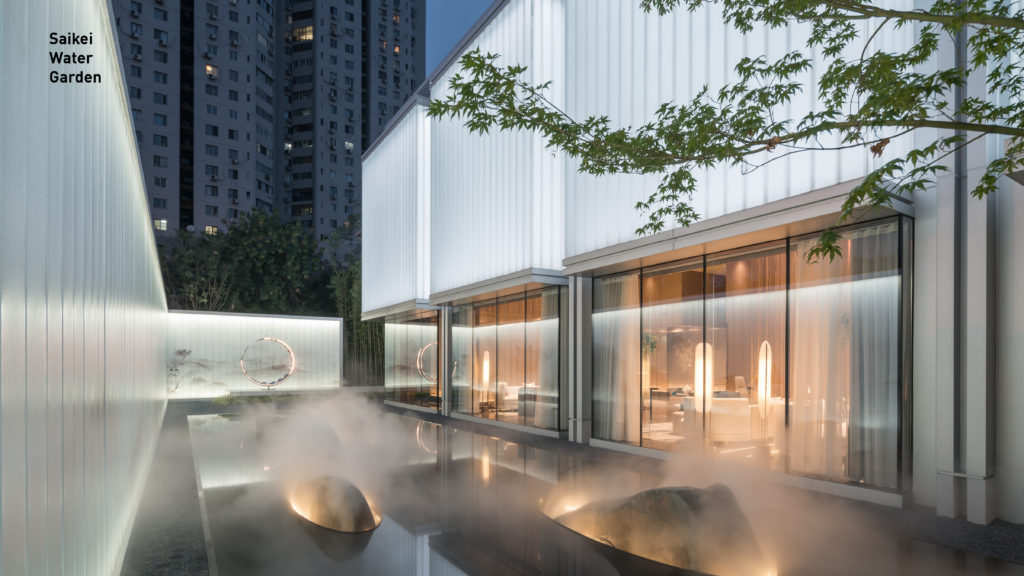