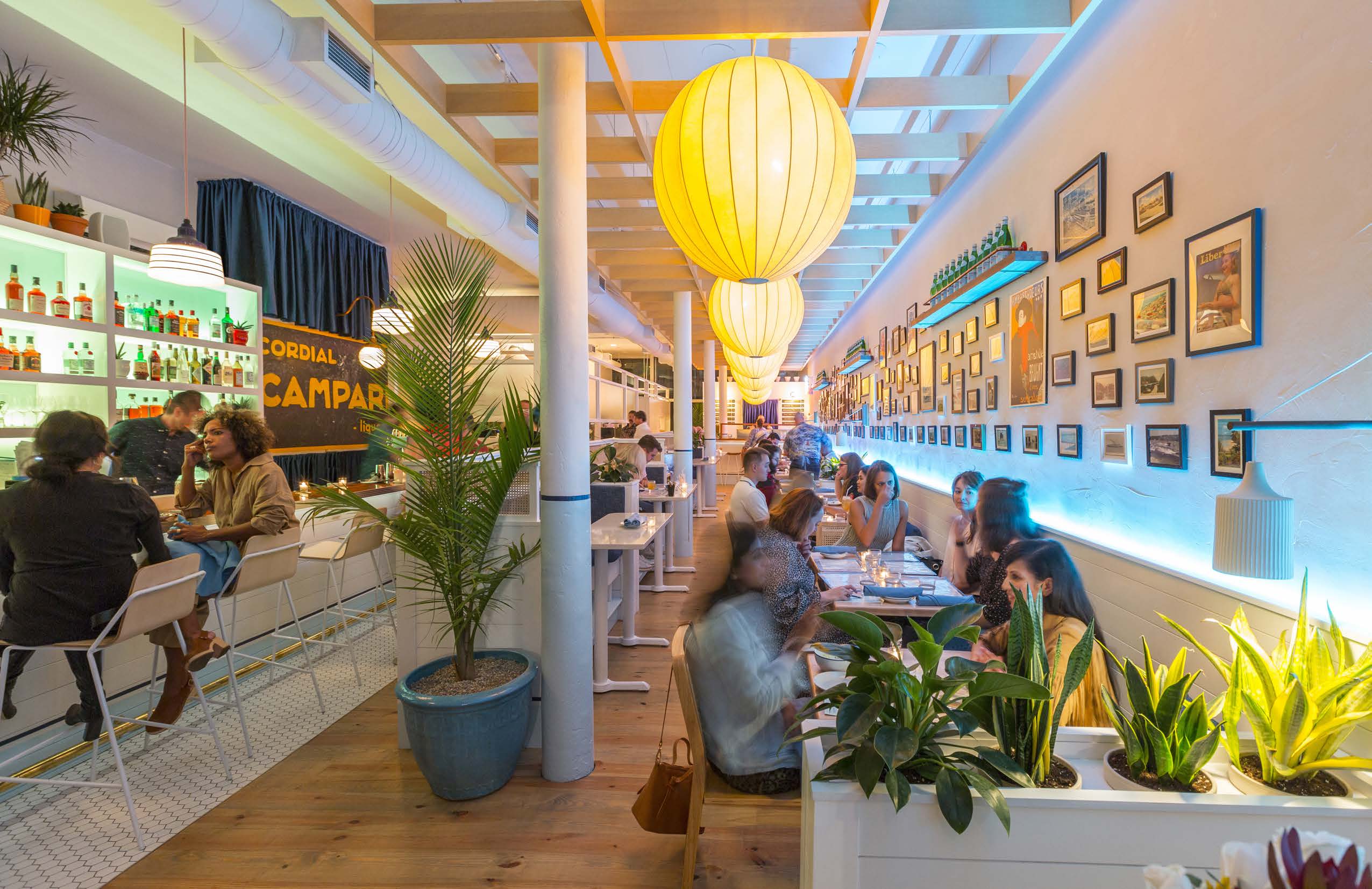 How to introduce a polarizing food (oysters) to a Midwestern city? This additional challenge motivated the transformation of an existing, well-known restaurant space. Inspired by the oyster camps of the Low Country and the nostalgic messages written on the back of vacation postcards, Pearlstar offers a high-spirited oyster experience.

A welcoming, laid-back atmosphere runs through the entirety of the restaurant, from the vintage postcards adorning the walls of vacations long-passed to a bright & airy color palette with nostalgic nods such as the use of pinstripe motifs and a large Aperol advertisement adorning the wall near the bar area. An airy bistro by day, buzzy nightclub by night, the venue utilizes shifting lighting to adapt throughout its cycle of service.

The restaurant’s programmatic elements were spread throughout the dining area in order to disperse their energy across the entire restaurant. A wooden trellis suspends from the ceiling, introducing an element of compression to the dining area while capturing the bustling energy of the dining patrons and raw bar below it. Four central booths define the circulation through the restaurant, while other built-in seating utilizes planters to further break down the scale.

An outdoor courtyard nearly doubles the capacity of the restaurant and features an outdoor bar flanked by bocce courts and site-built bench seating. A series of small vignettes throughout the restaurant compound to build a longing for vacations past and future, leaving you with one phrase in your mind, “Wish You Were Here.” 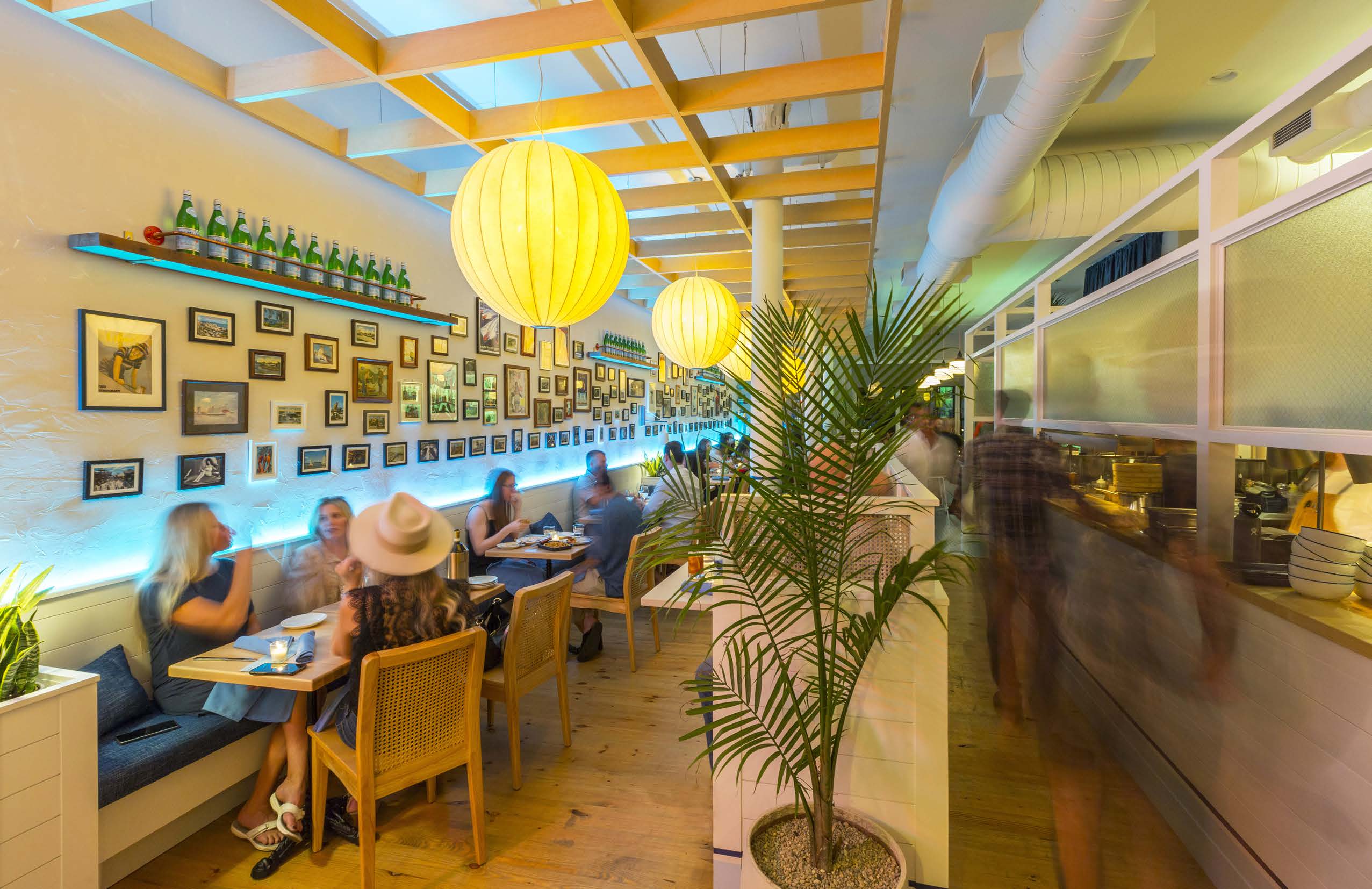 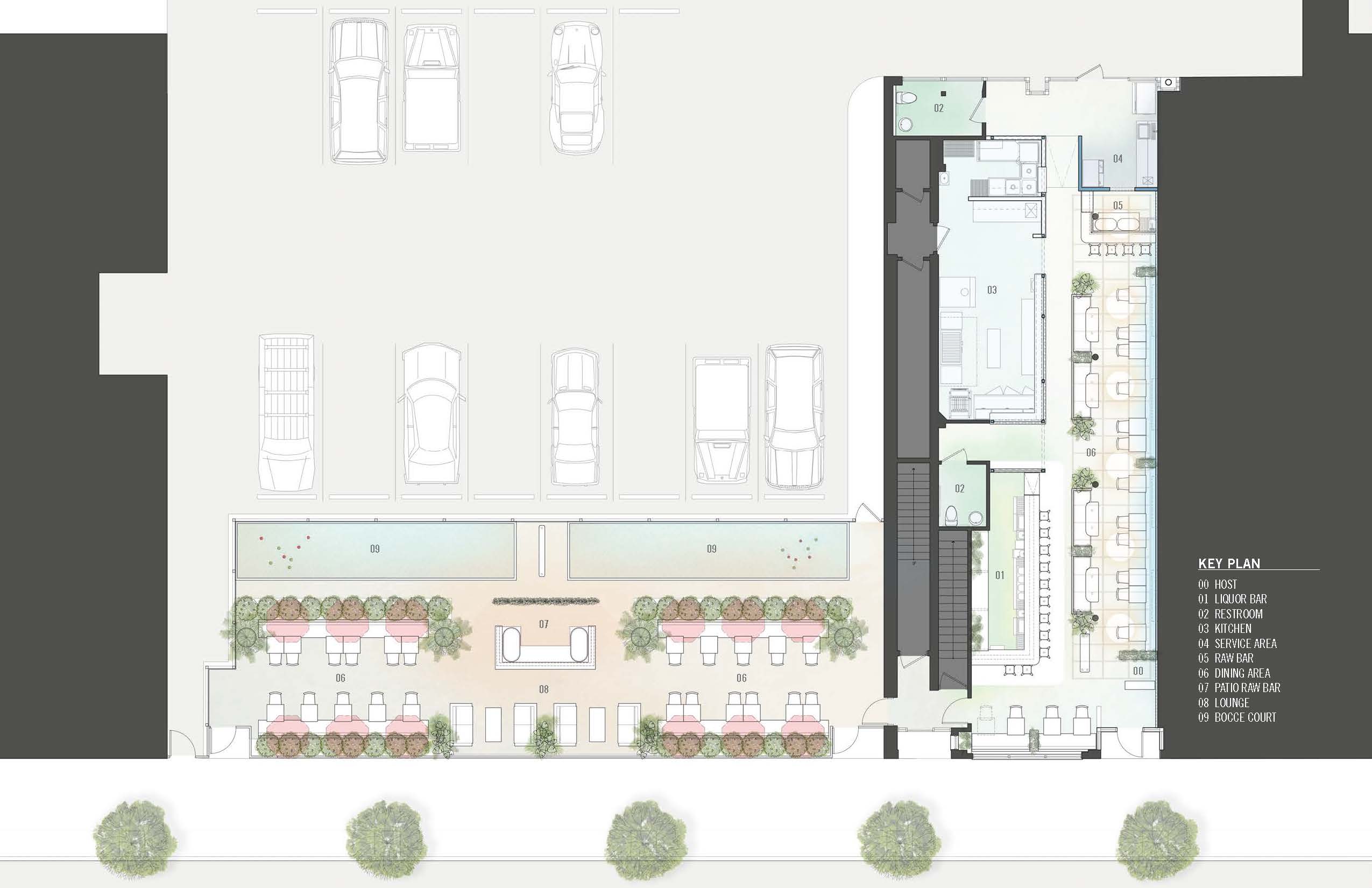 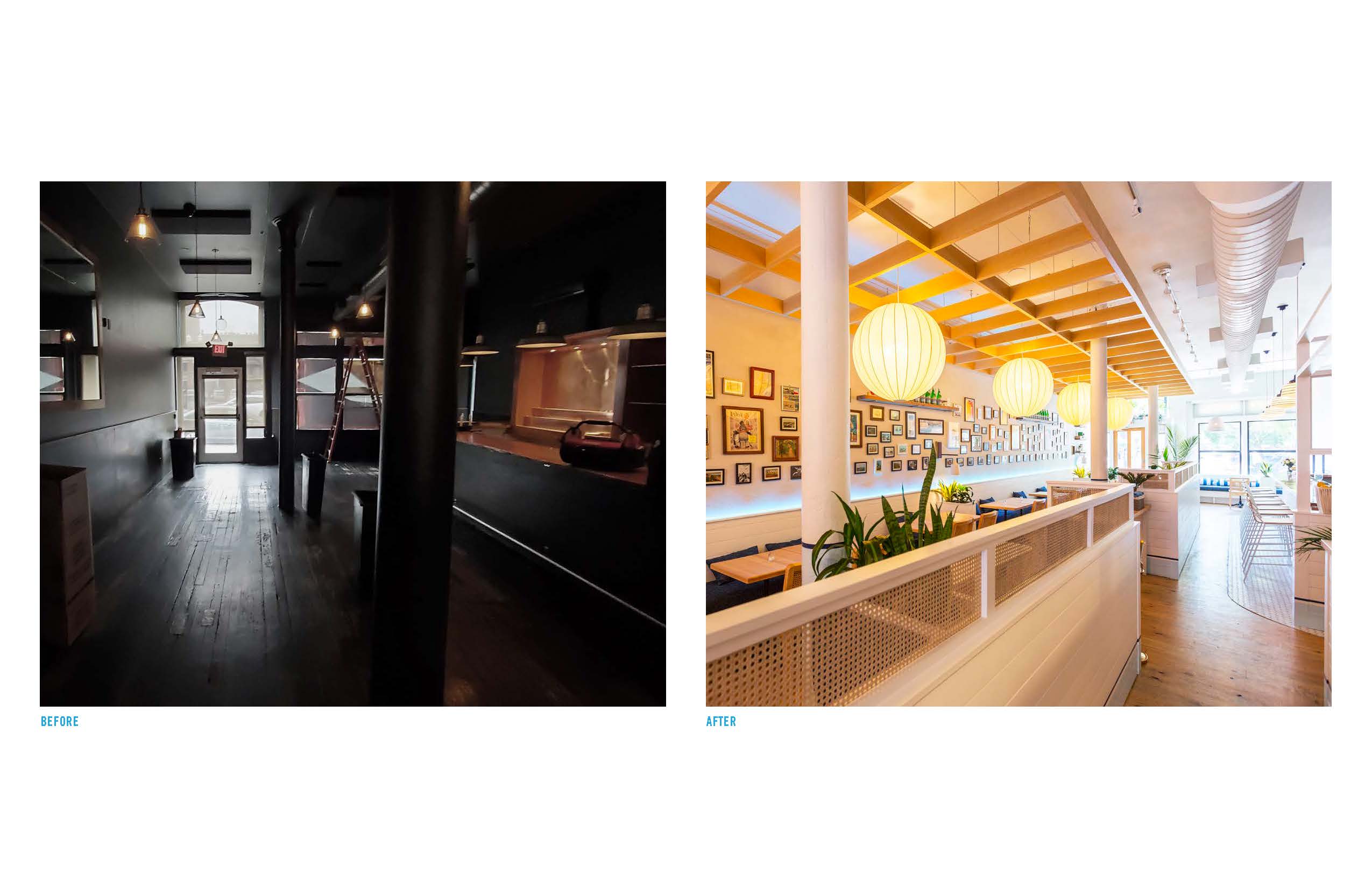 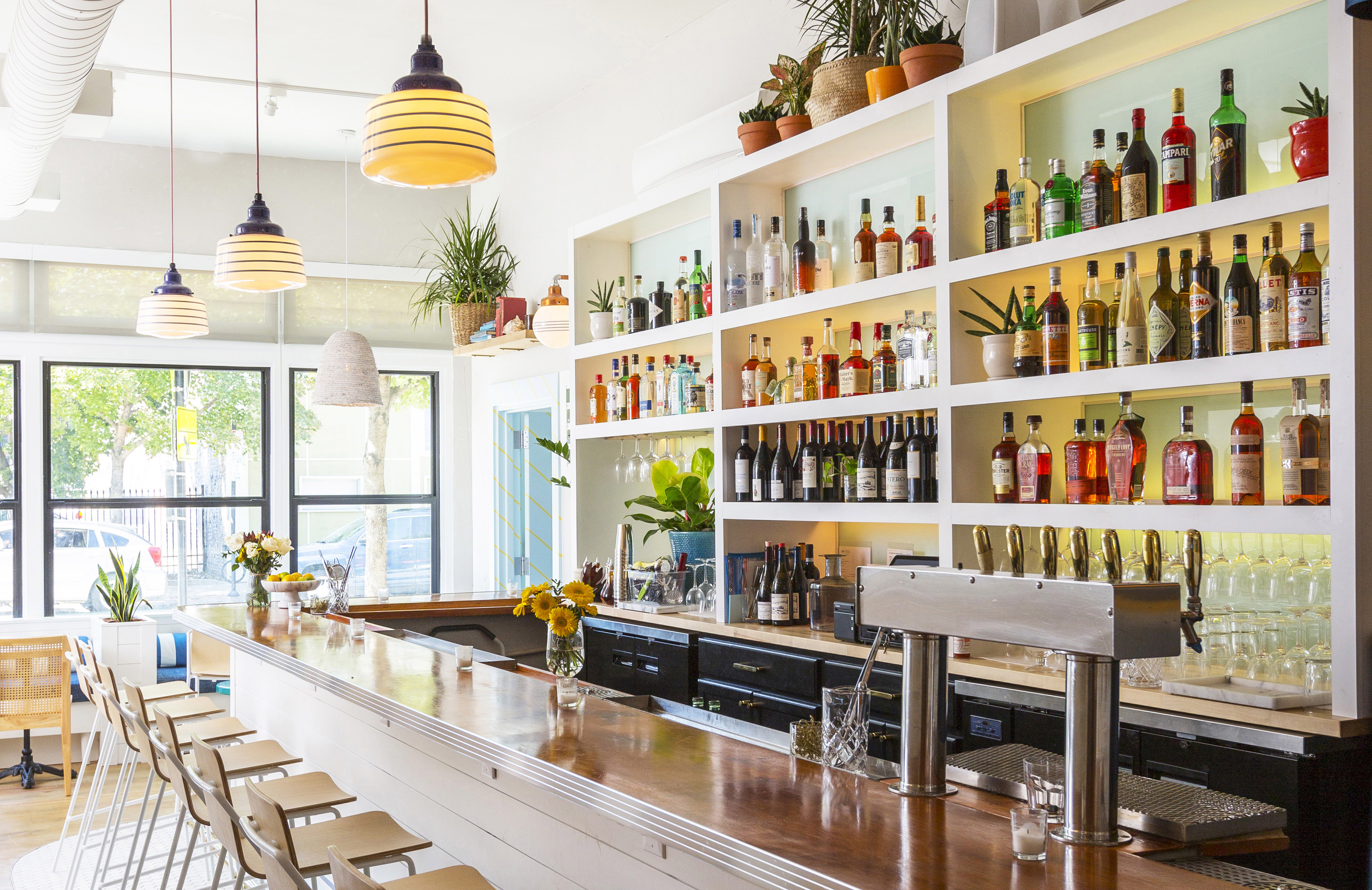 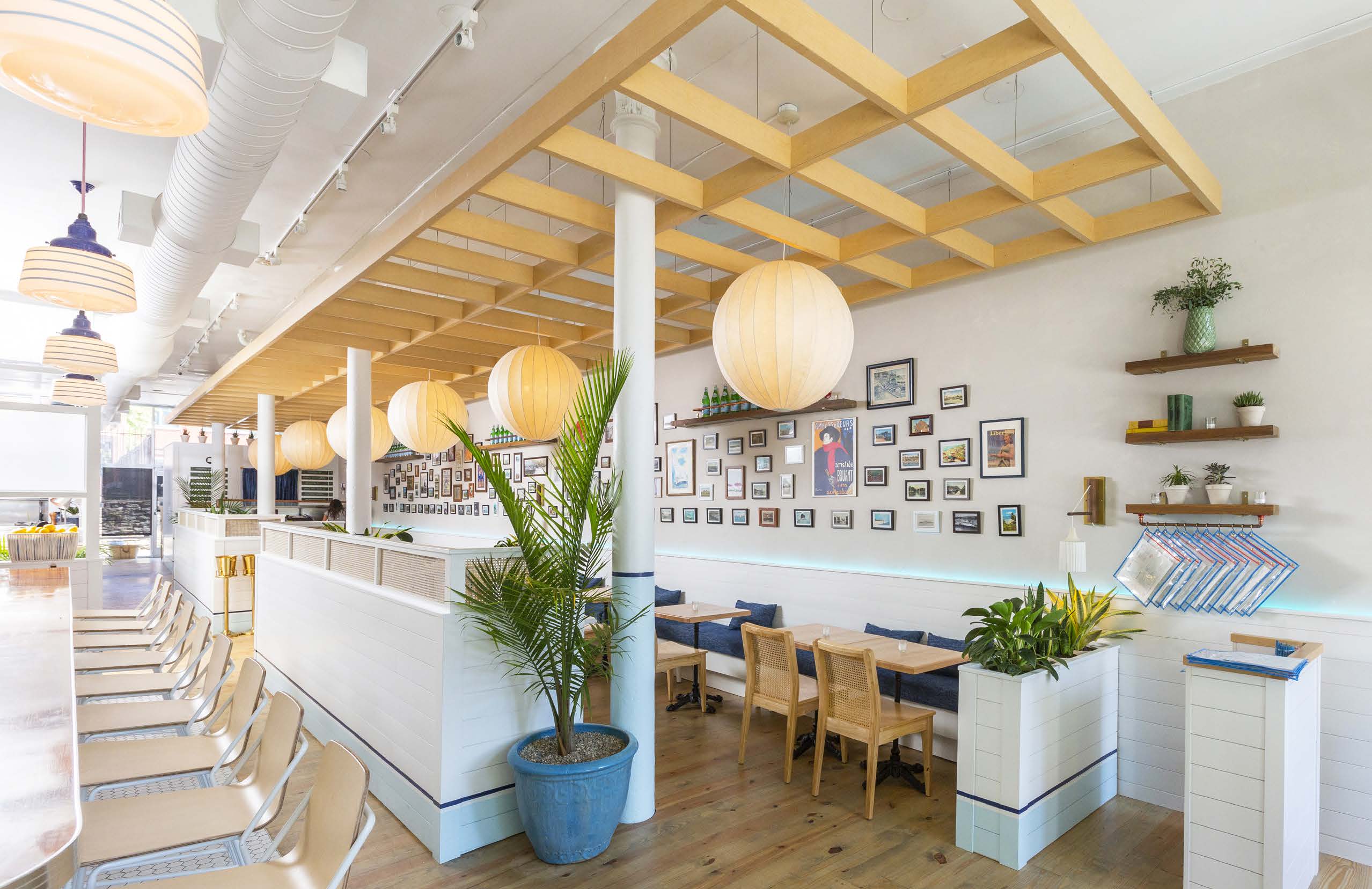 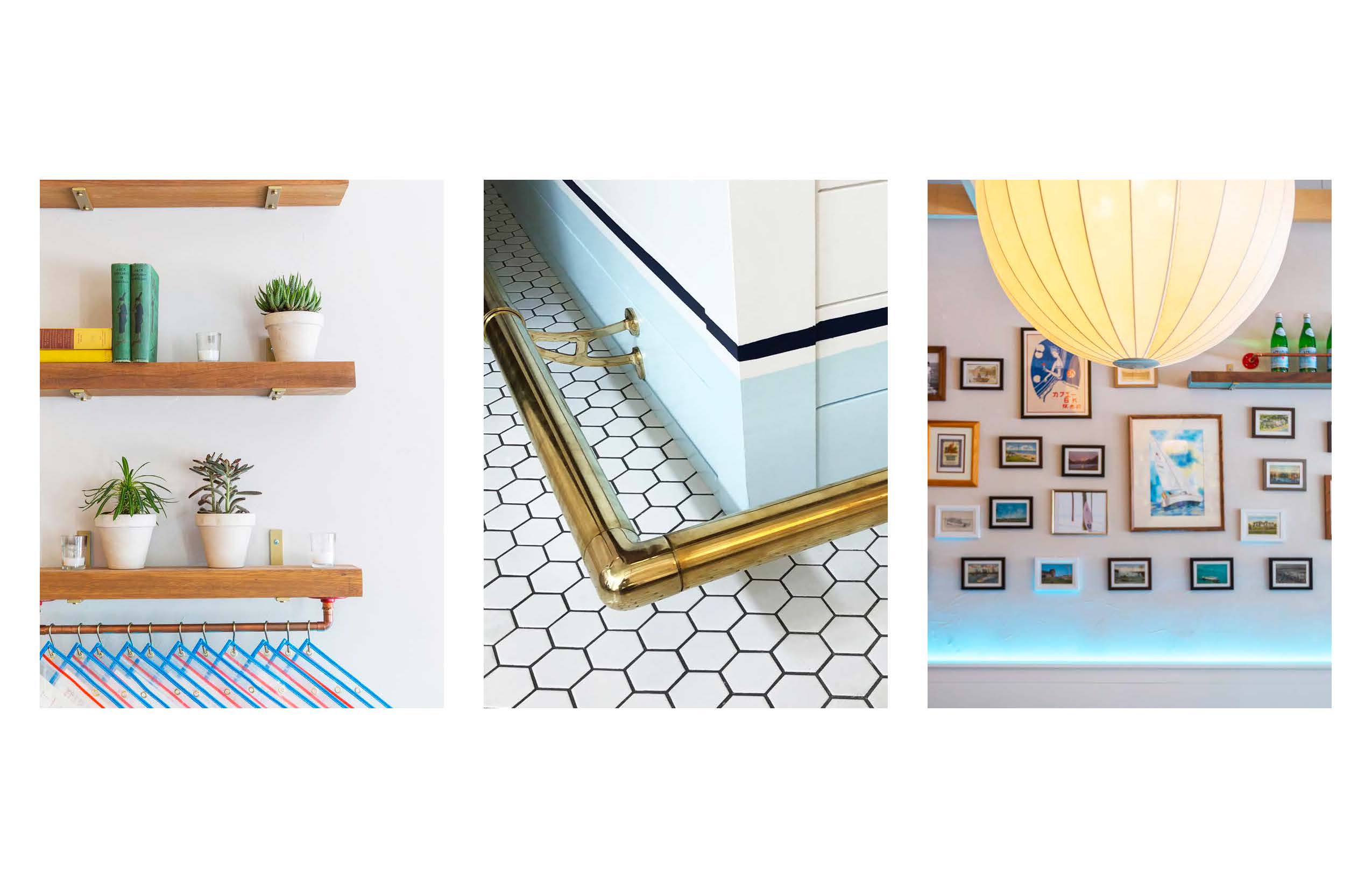 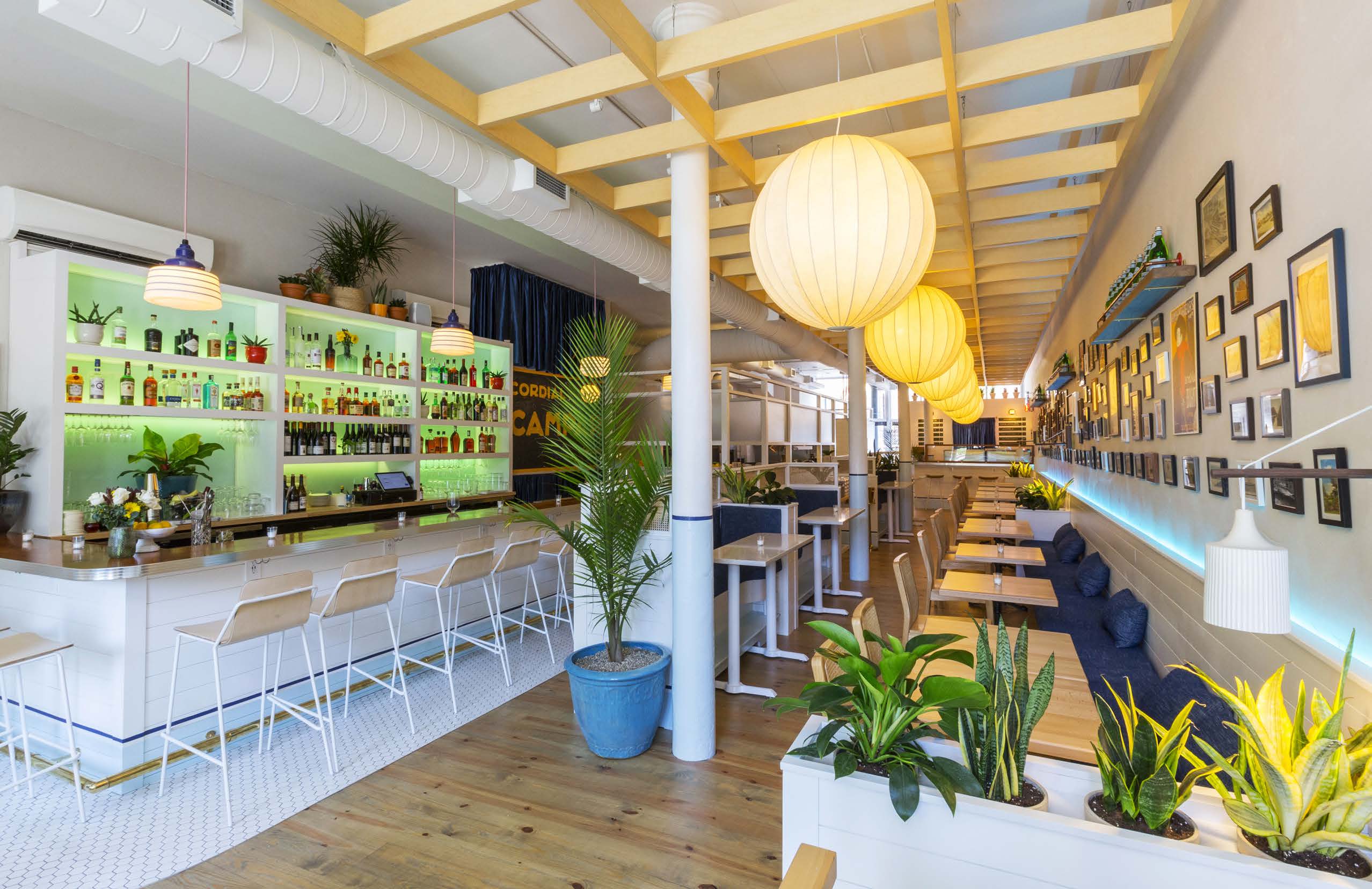 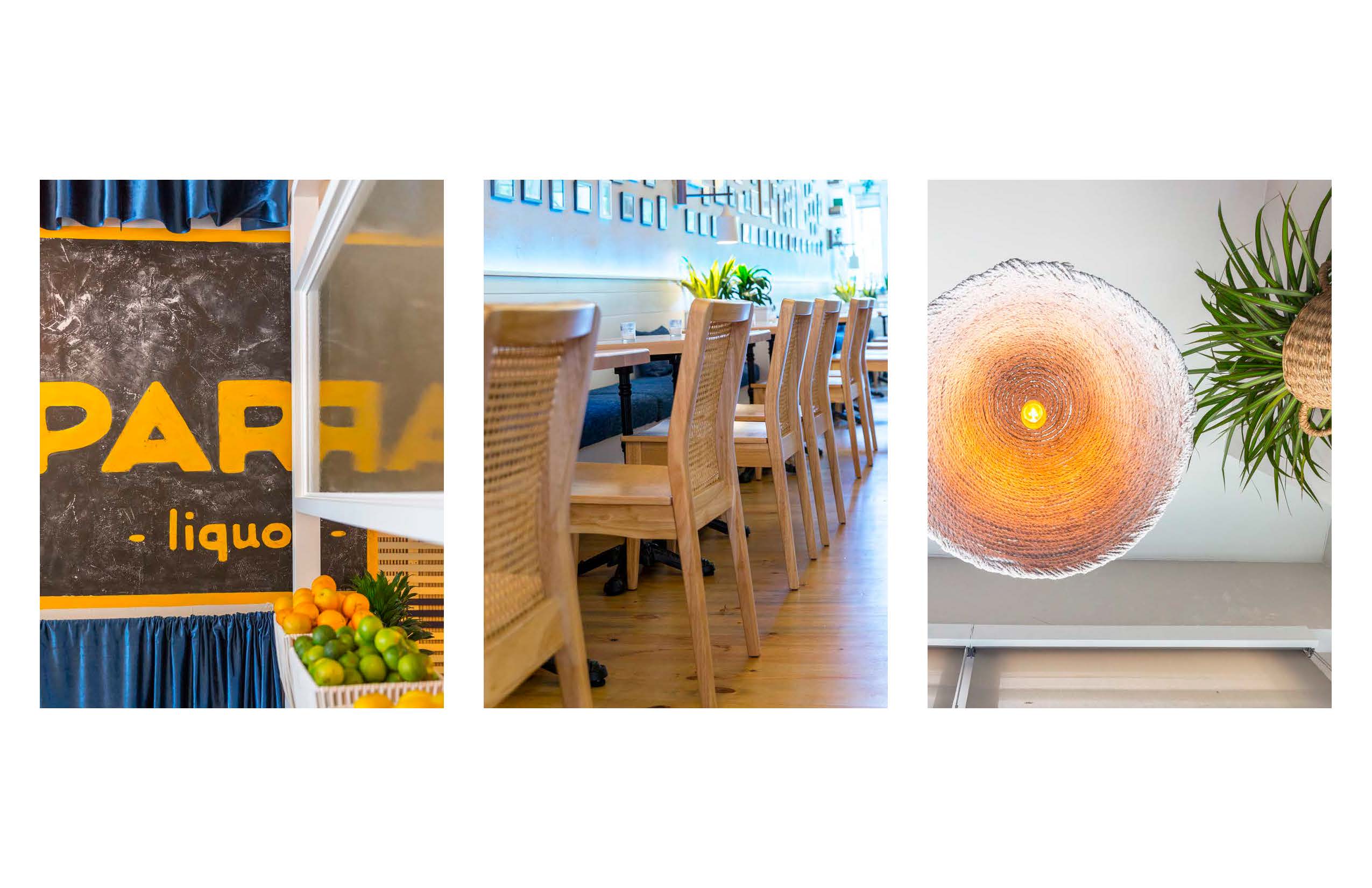 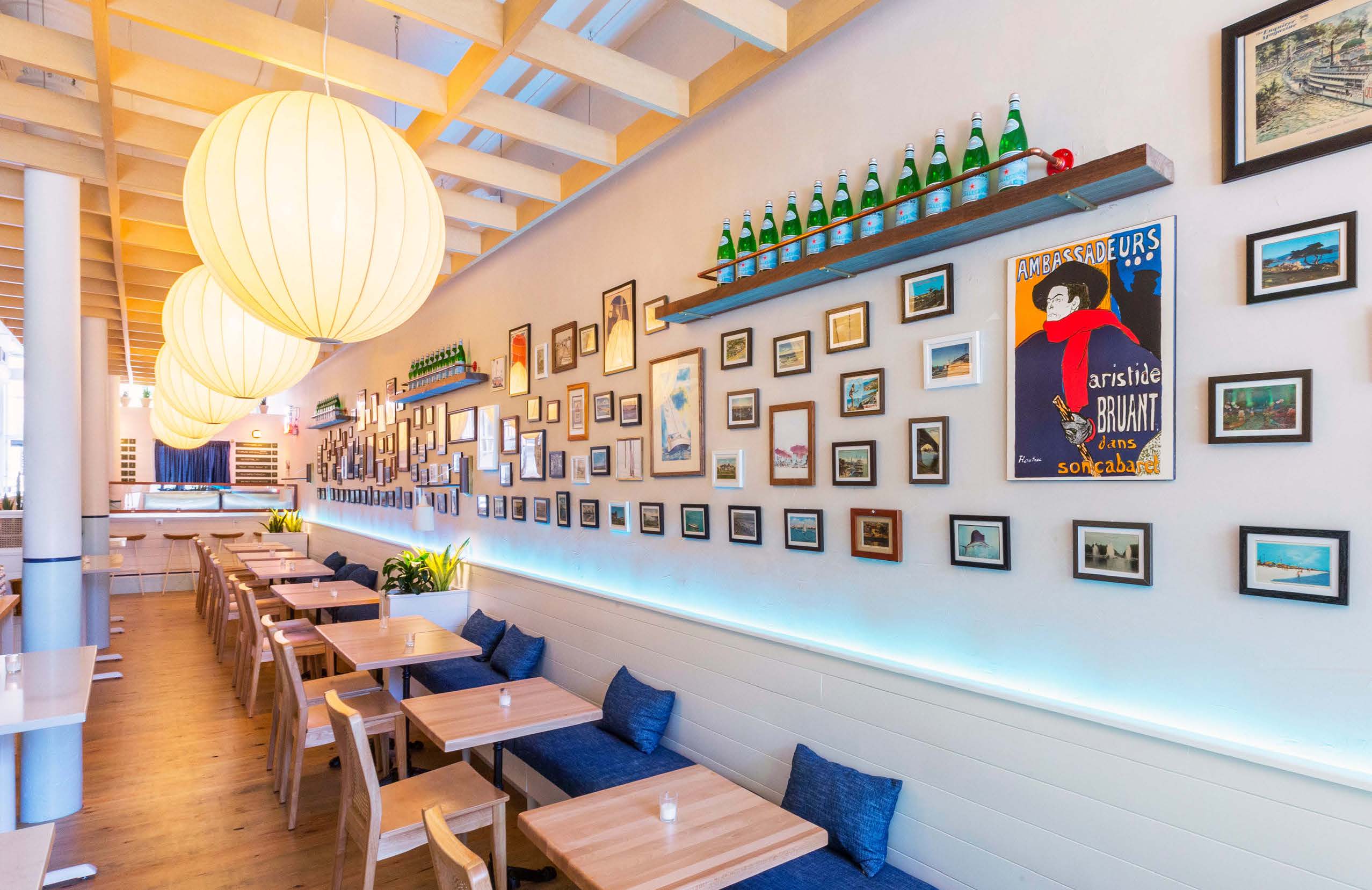 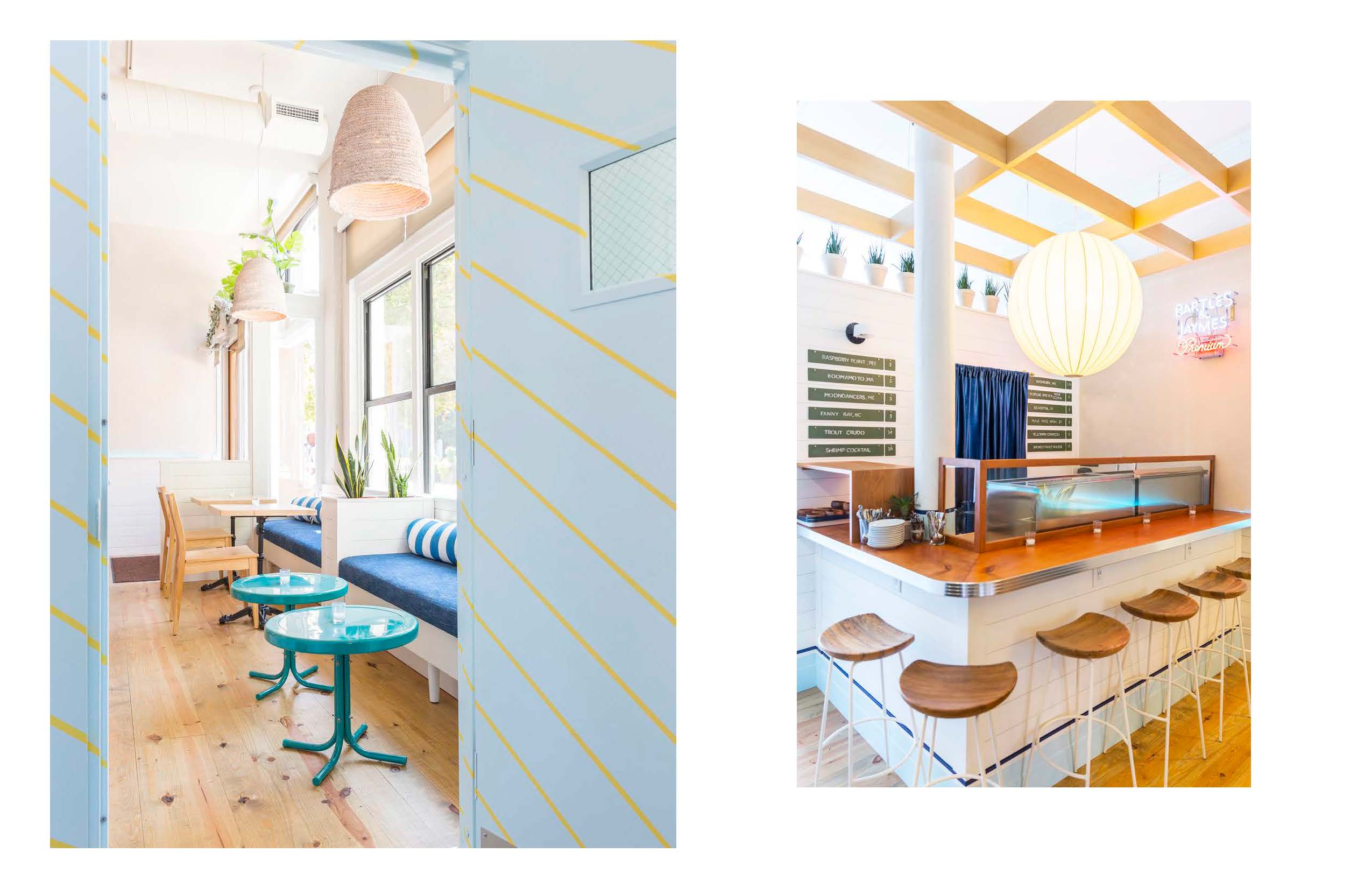 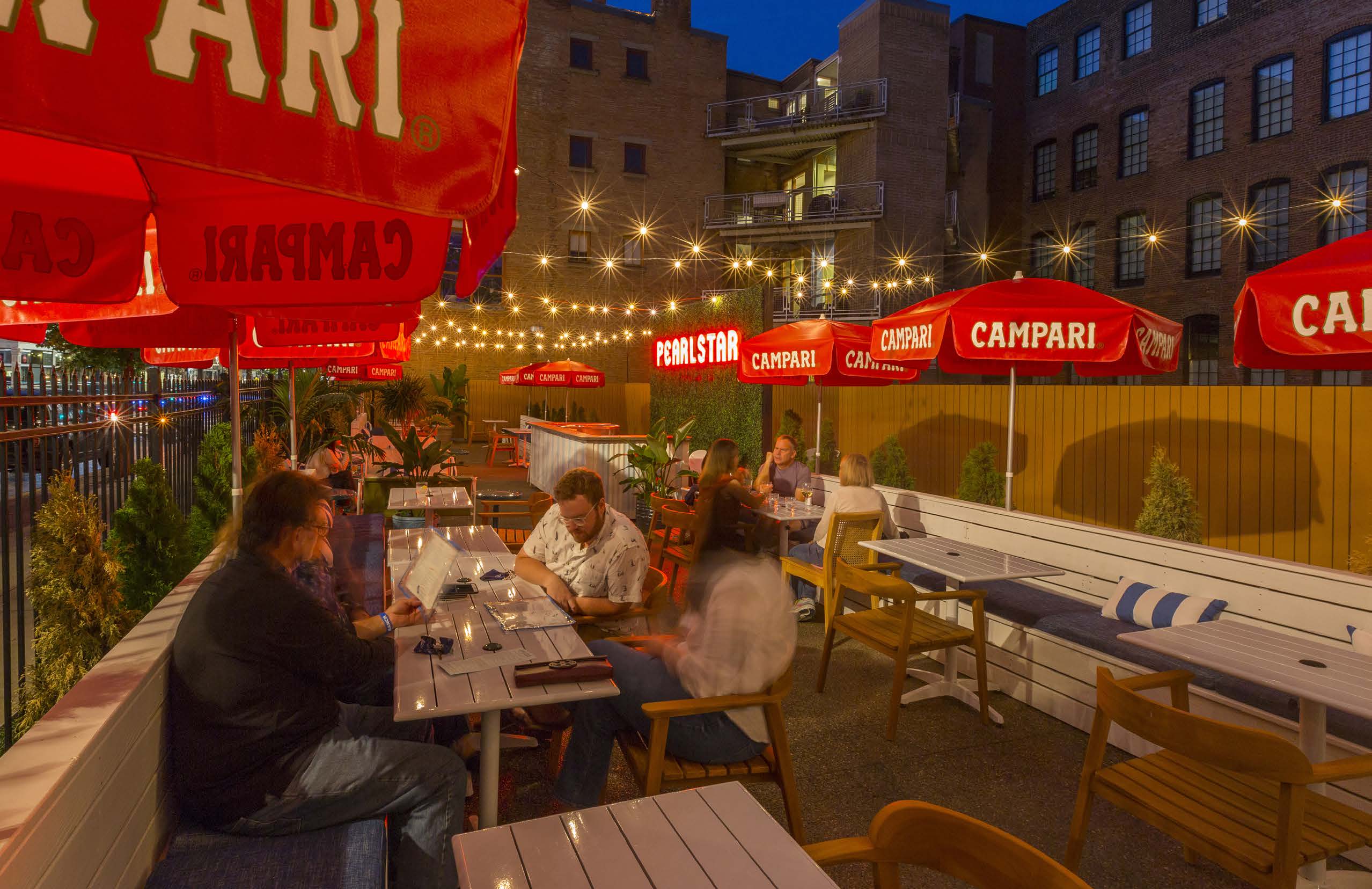 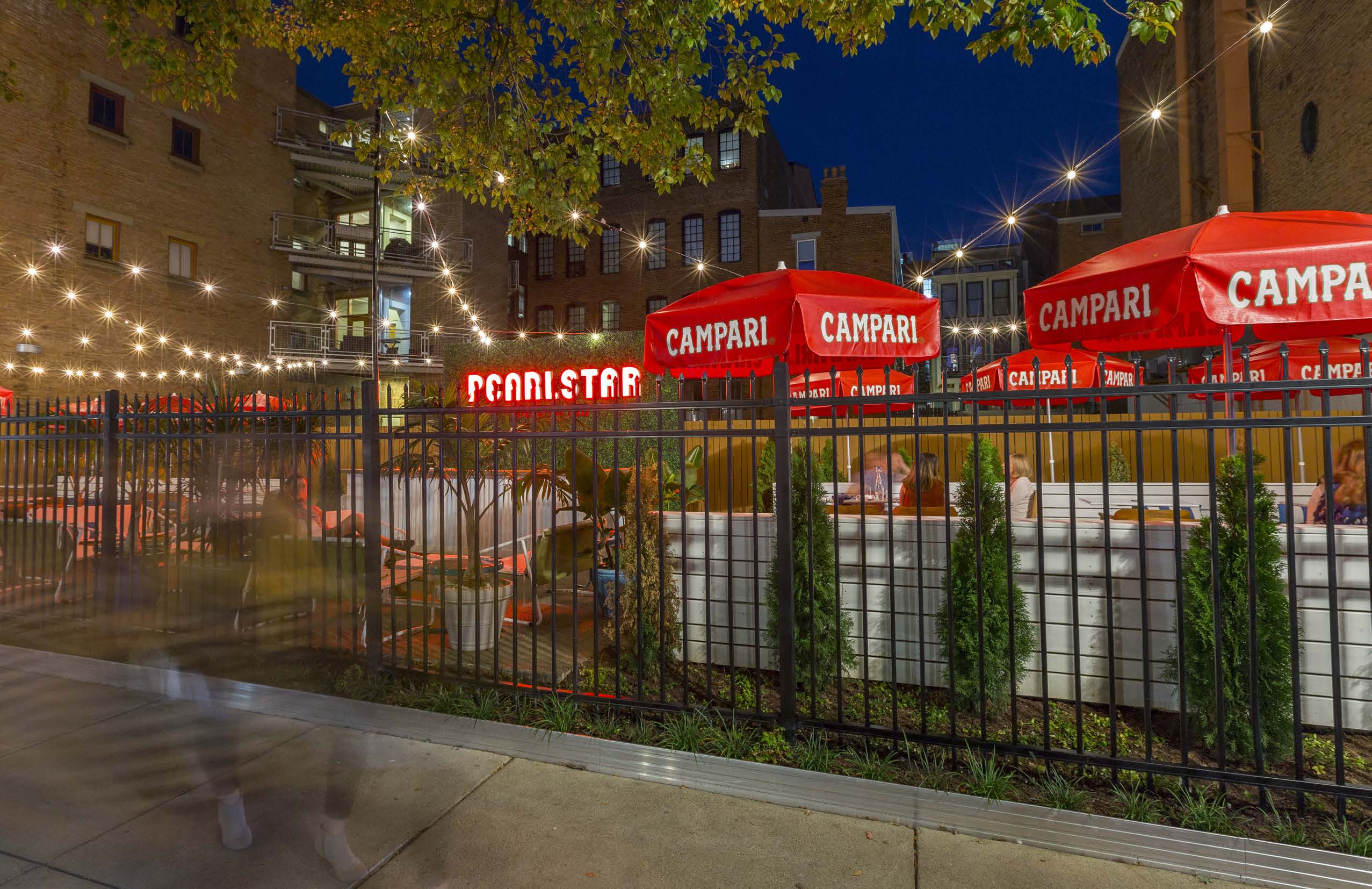 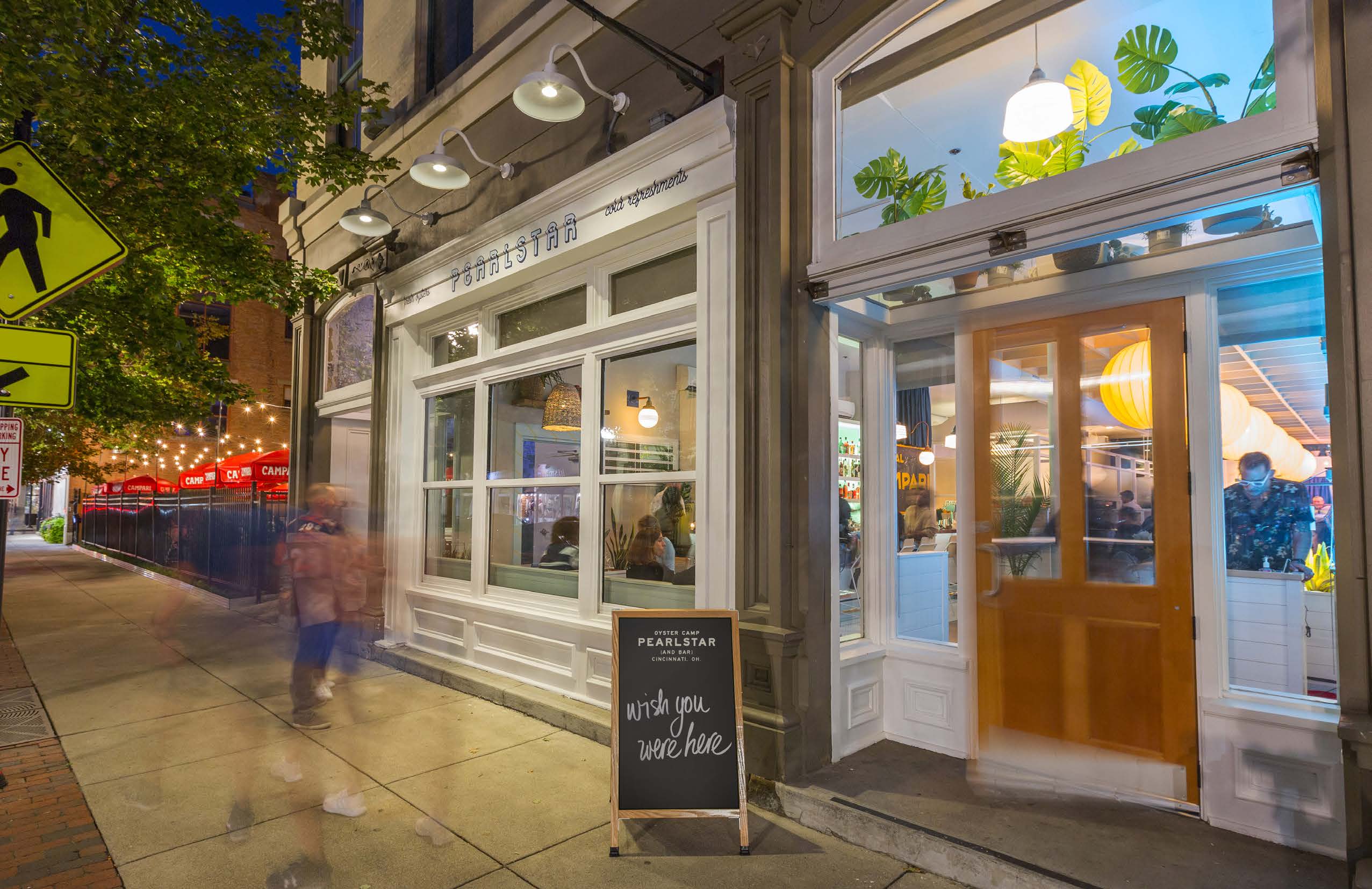 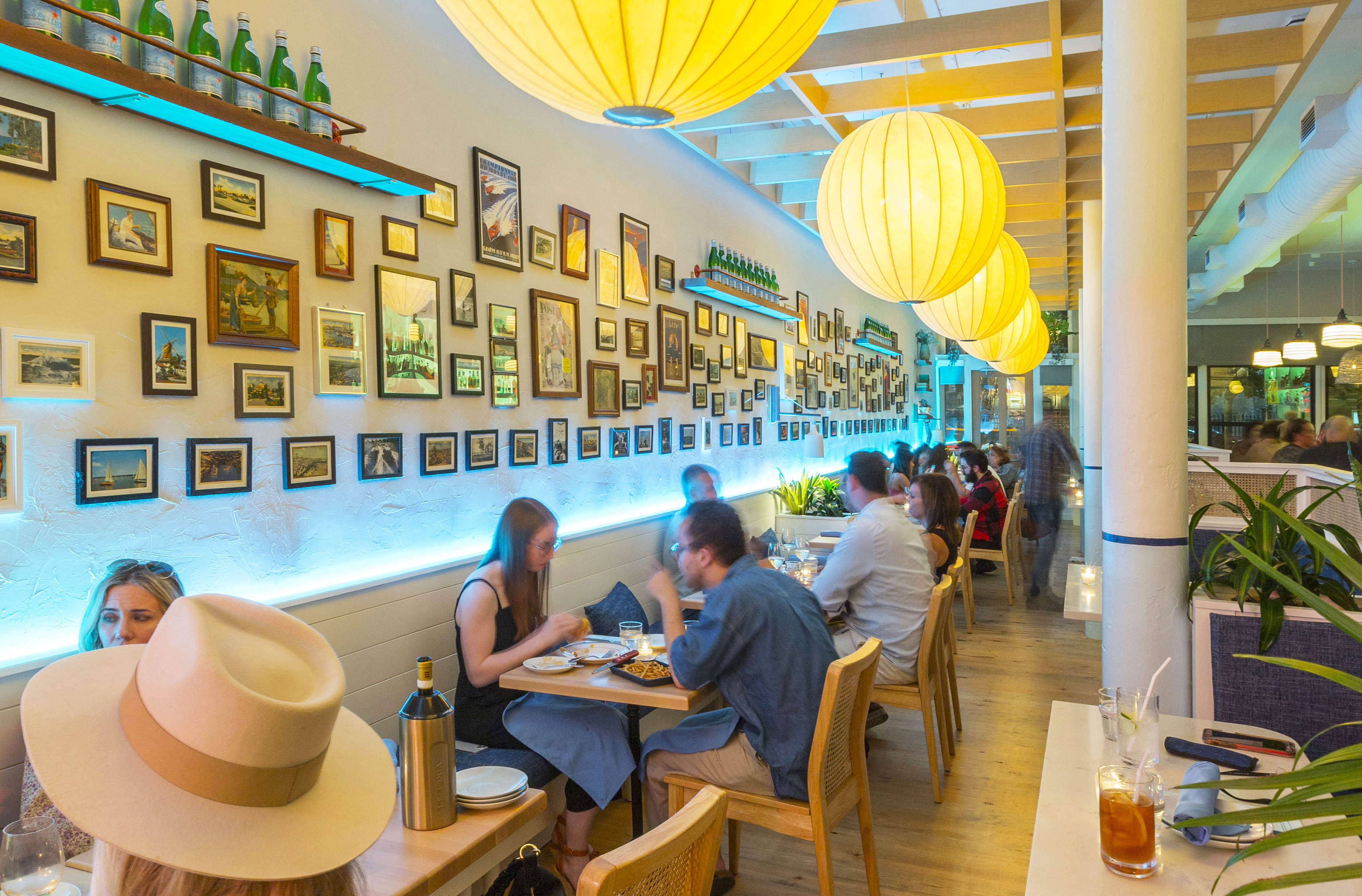