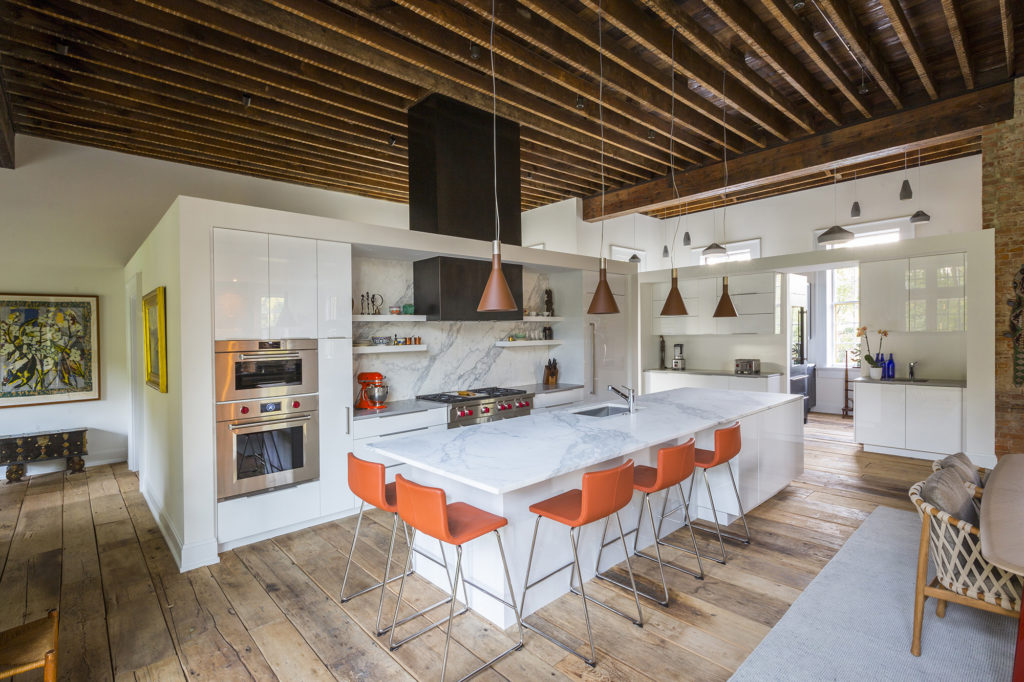 The story of this home renovation begins with an 1869 one-room schoolhouse and its 1931 addition. Abandoned and later adapted as a residence, the structure bore the marks of several additions and extensive remodels. The homeowners aspired to change the spirit of the existing house through a process of re-discovery and deconstruction. In the broadest sense, the overarching goal was to replace the worn, dated and overly formal qualities of the house with a more casual and communal open floor plan.
A clear design parti was developed and applied rigorously across the project as a means of establishing a harmonious and consistent design language without losing the integrity of each school room. The pivotal design strategy was to relocate the kitchen to the heart of the original schoolhouse building. Moving the kitchen to the physical center of the house effectively turned the rarely used formal living room into the primary family room. This relationship is reinforced axially by a new massive Rumford fireplace, a large cased opening, the dining room table, the kitchen island and a new blued-steel 'chimney' anchoring the kitchen at the opposite end. On removing several intermediate ceilings, joists were revealed and celebrated, and the original school bell, discovered in the process, was mounted at the patio door. 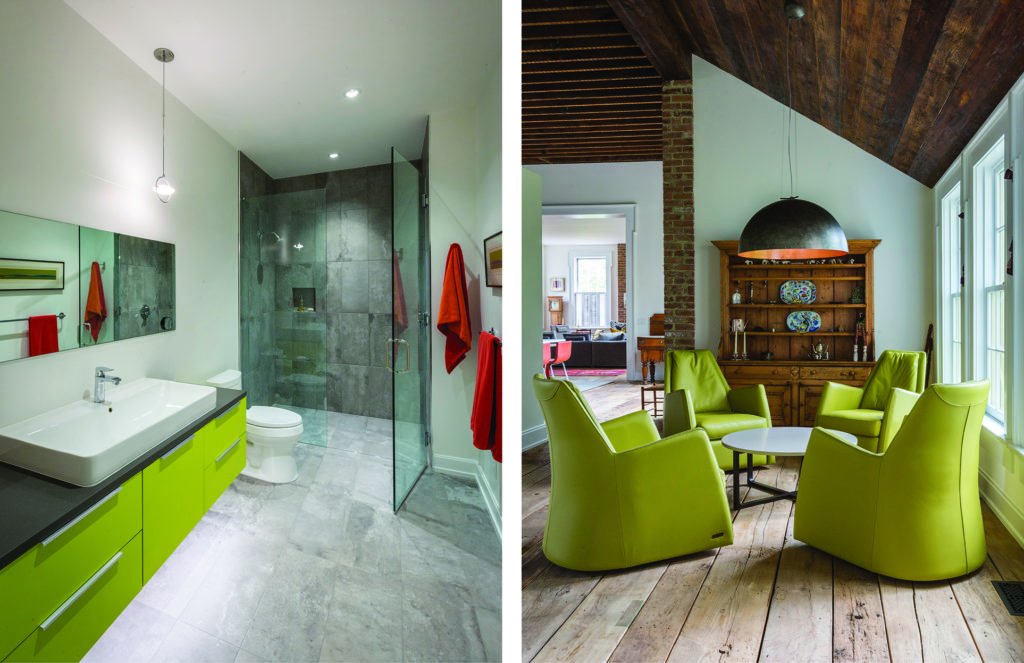 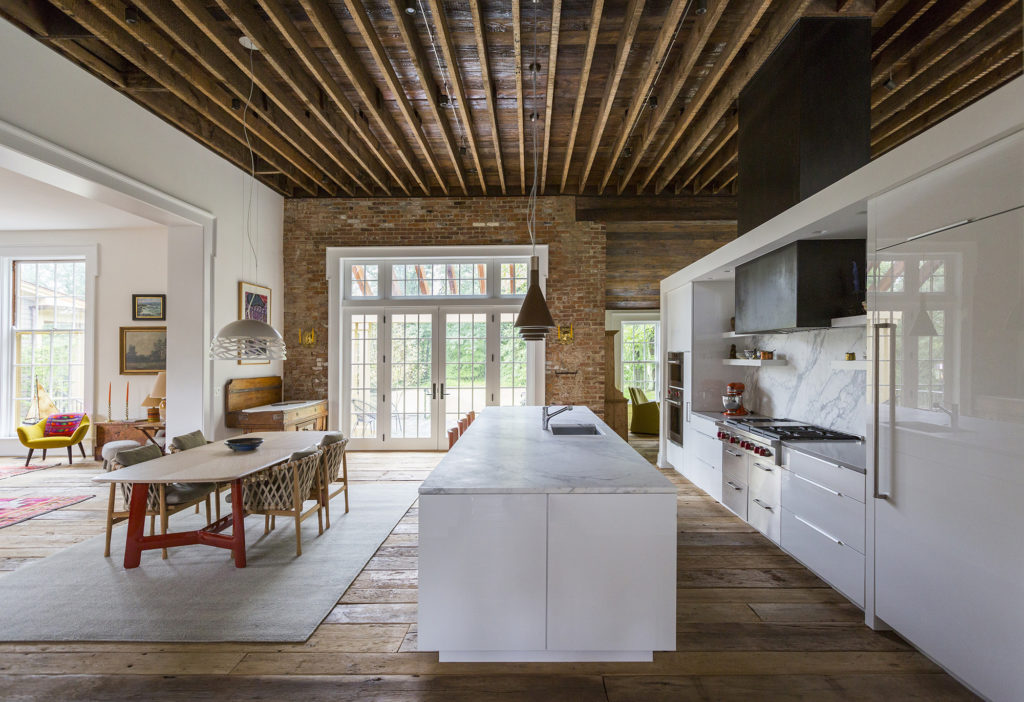 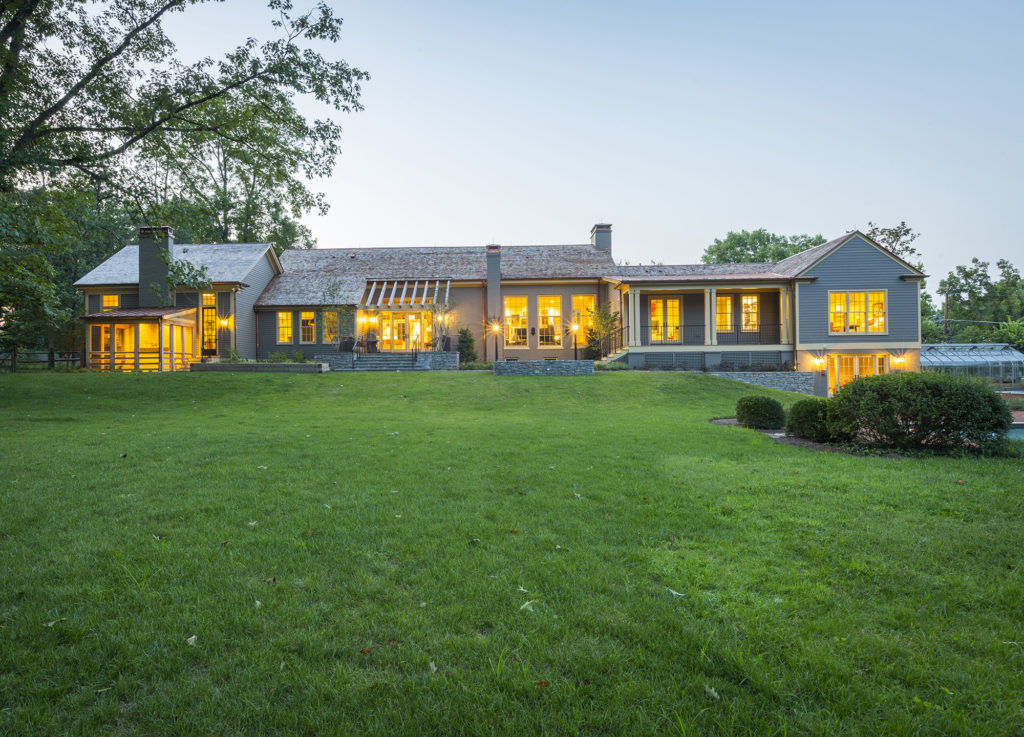 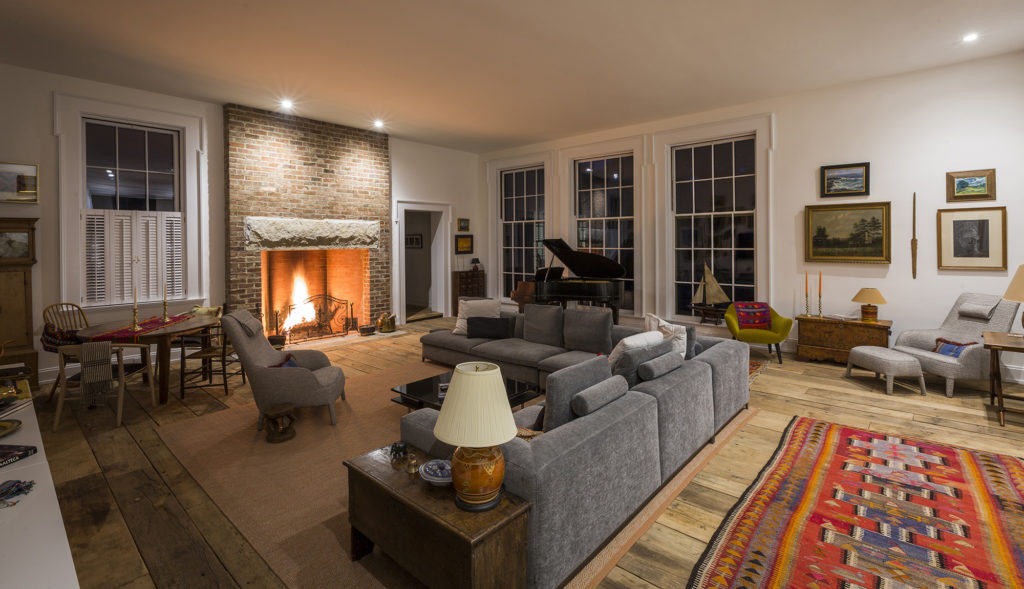 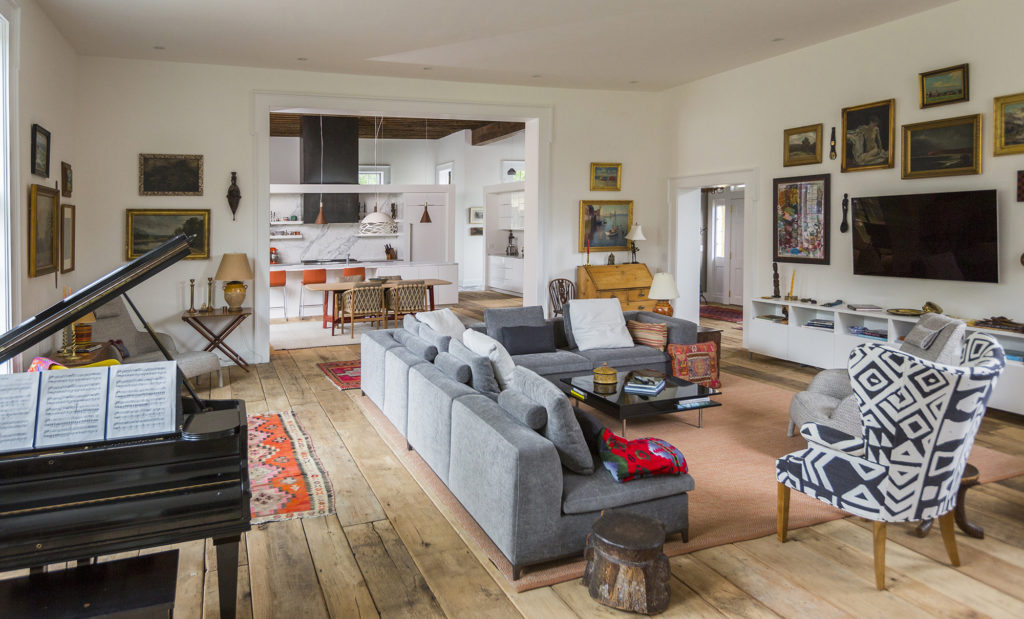 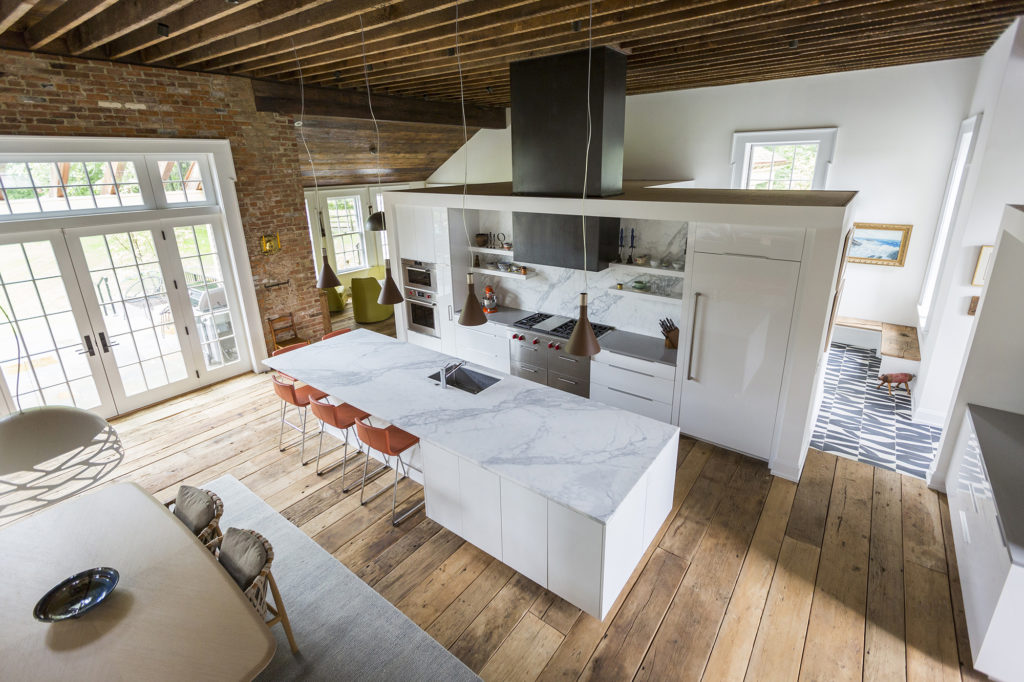 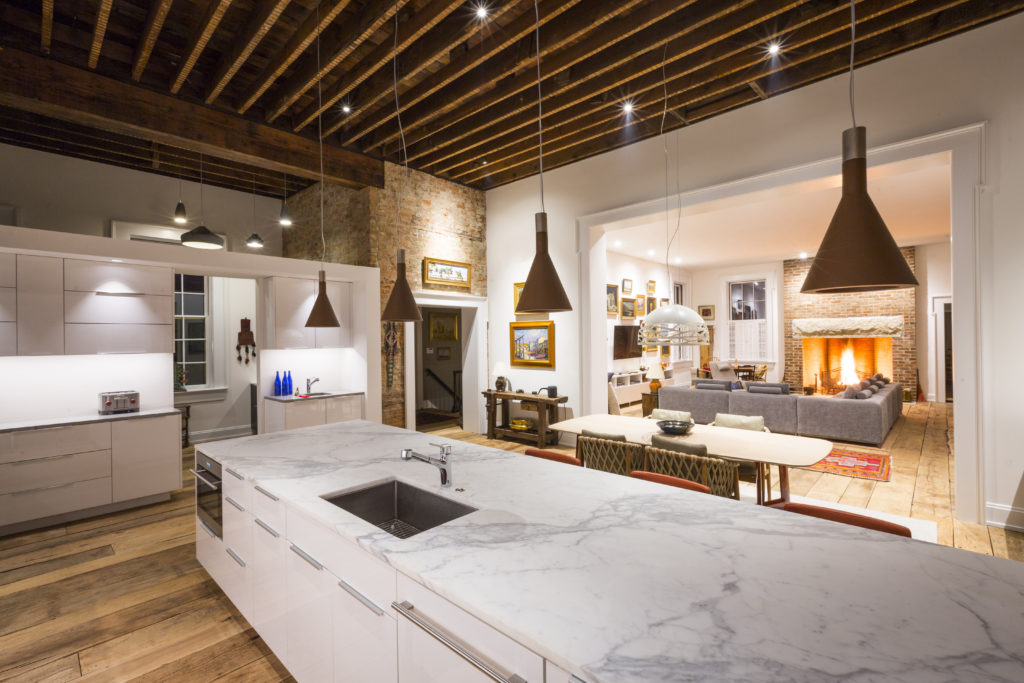 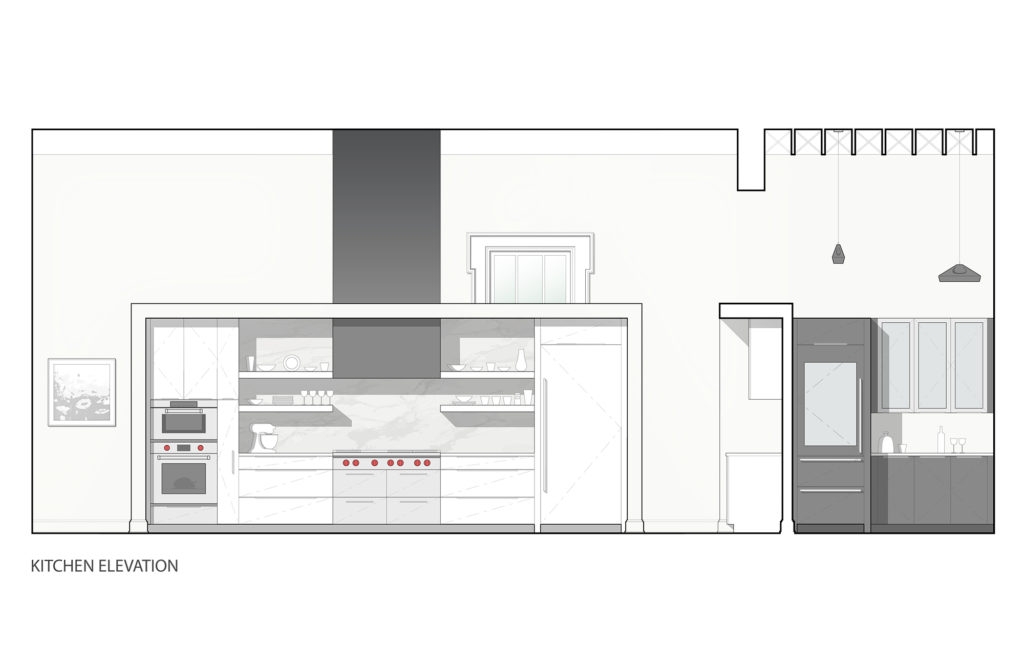 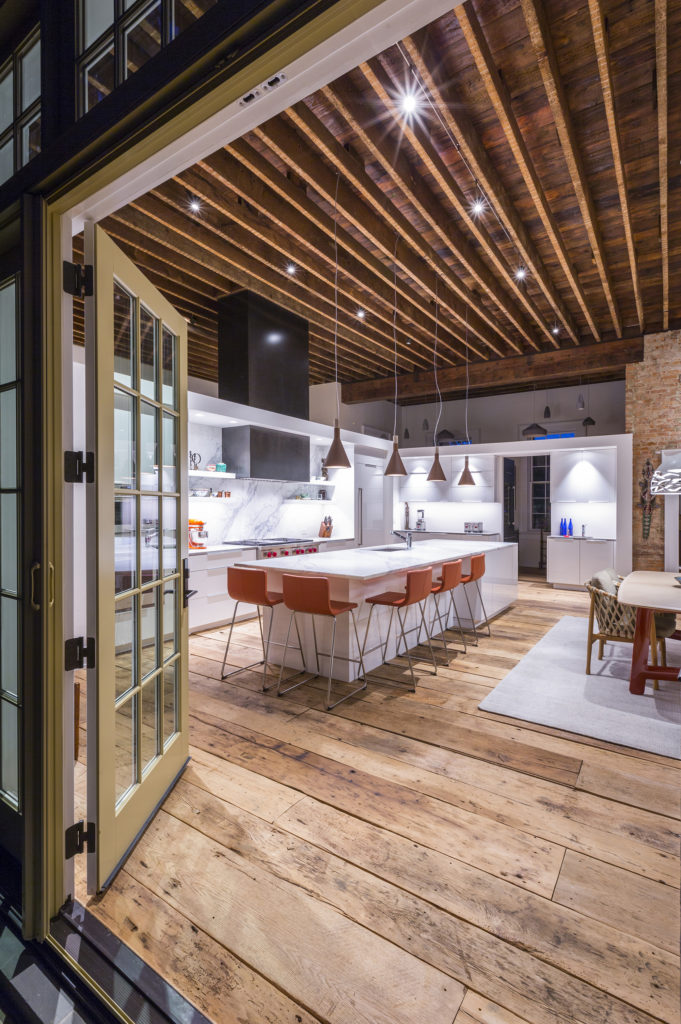 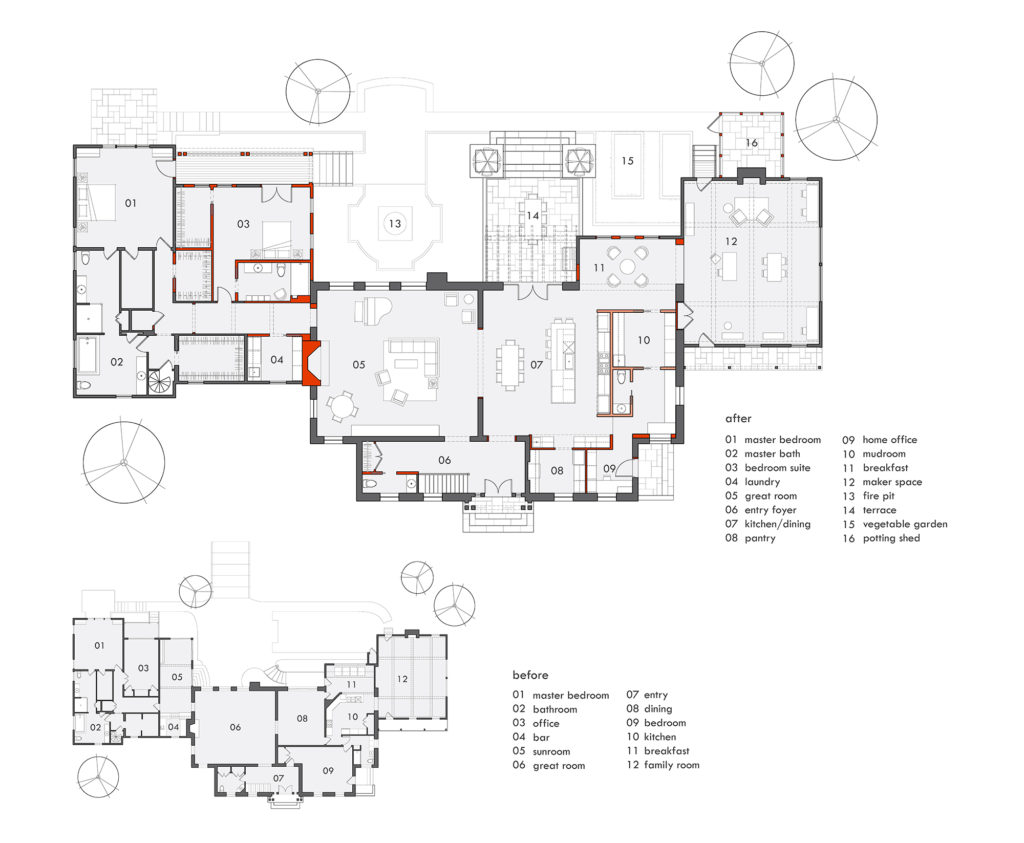